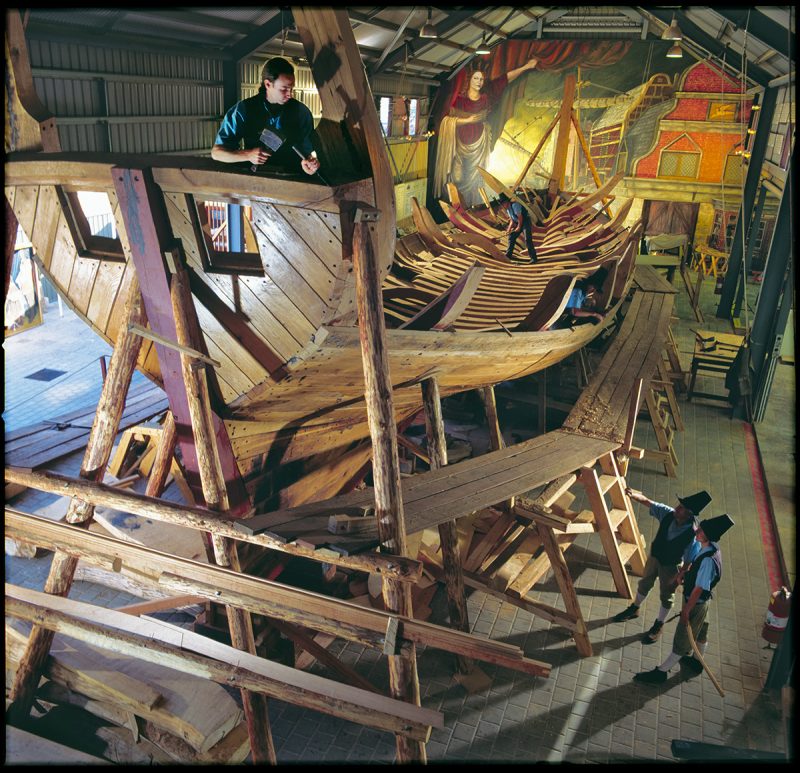 To build a ship, the Duyfken Replica Photo: Robert Garvey

On 23 December 1993, Michael wrote a short letter to the editor, titled ‘A new Endeavour?’ which was published in the Fremantle Herald newspaper. In early 1994, a small group of us met at Michael and Janine’s house and it was agreed to form a community group to built the ship. The group became the Friends of the Duyfken, and from that disparate group, the Duyfken 1606 Replica Foundation was born. Michael dedicated several years of his life to the Duyfken dream. 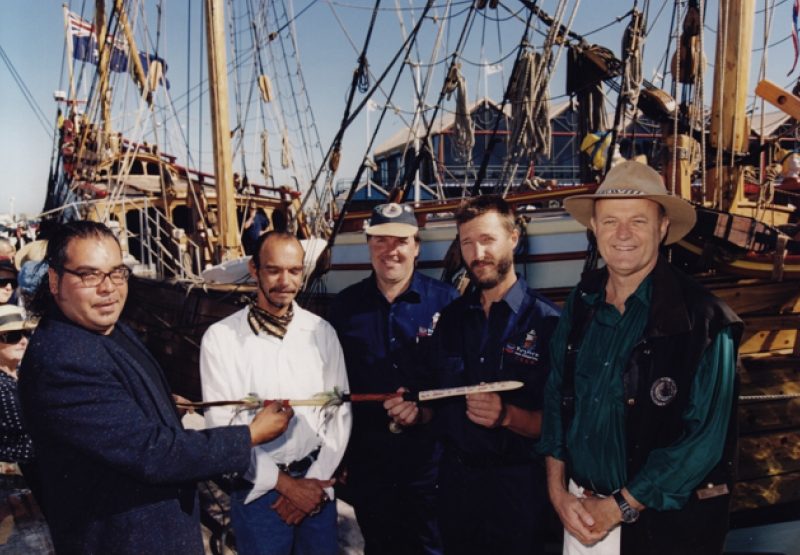 Here’s Michael (on the far right) at the departure of Duyfken from Fishing Boat Harbour on the Chevron 2000 Duyfken Expedition to Indonesia and Queensland. A Boorn Wongkiny or message stick with a message written in Noongar went with the ship. Message sticks were made by the local Whadjuk people. Community leader, Ashley Haywood, on the far left arranged it with Michael.

Michael’s passion was infectious. We were all spun into the Duyfken web. His close association with the project continued for many years. To honour Michael there will be a memorial before the lecture of the Duyfken Replica this Sunday at the WA Maritime Museum.