On 20 November our new WA Museum Boola Bardip opened its doors to the public. I joined the ranks of the first 50,000 West Australians who spent a day at the museum. 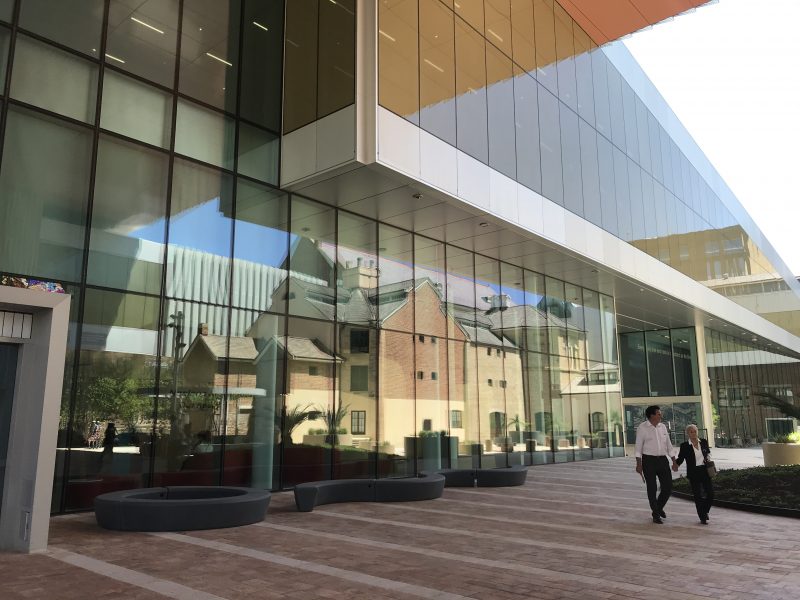 The WA Museum has been given a Noongar name to commemorate the Indigenous contribution to the diverse West Australian cultural heritage. Boola Bardip means ‘many stories’ in the Whadjuk Nyoongar language. 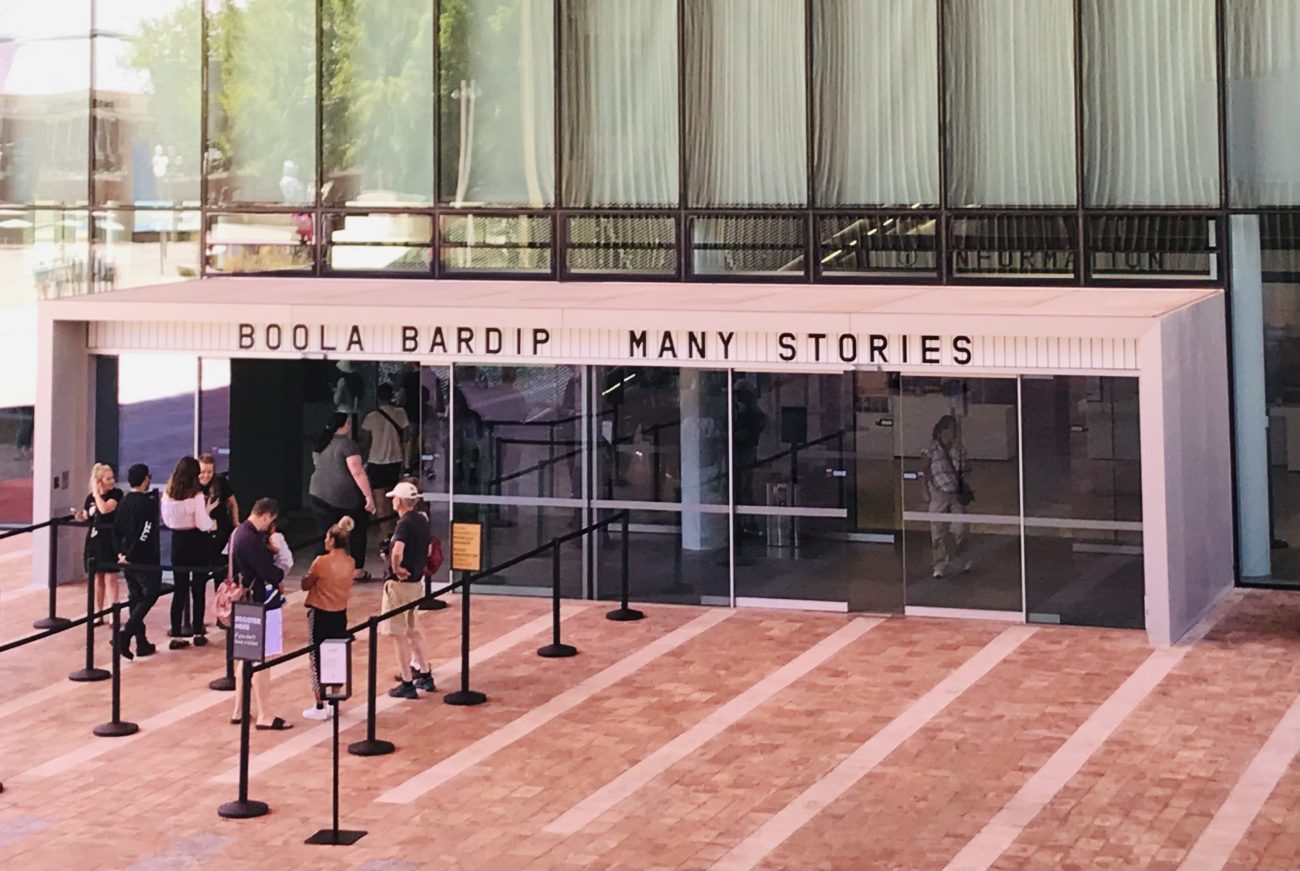 At the entrance, a rotating message board displays welcome messages in English and the Noongar language in recognition of the Whadjuk Noongar land that the museum sits on.

The museum is a gateway to explore the entire State of WA, our people, our places and our role in the world. It’s been a four-year controversial development with a price tag of $400 million. I think it’s fabulous and words and photos don’t do it justice. It’s something you have to experience for yourself. 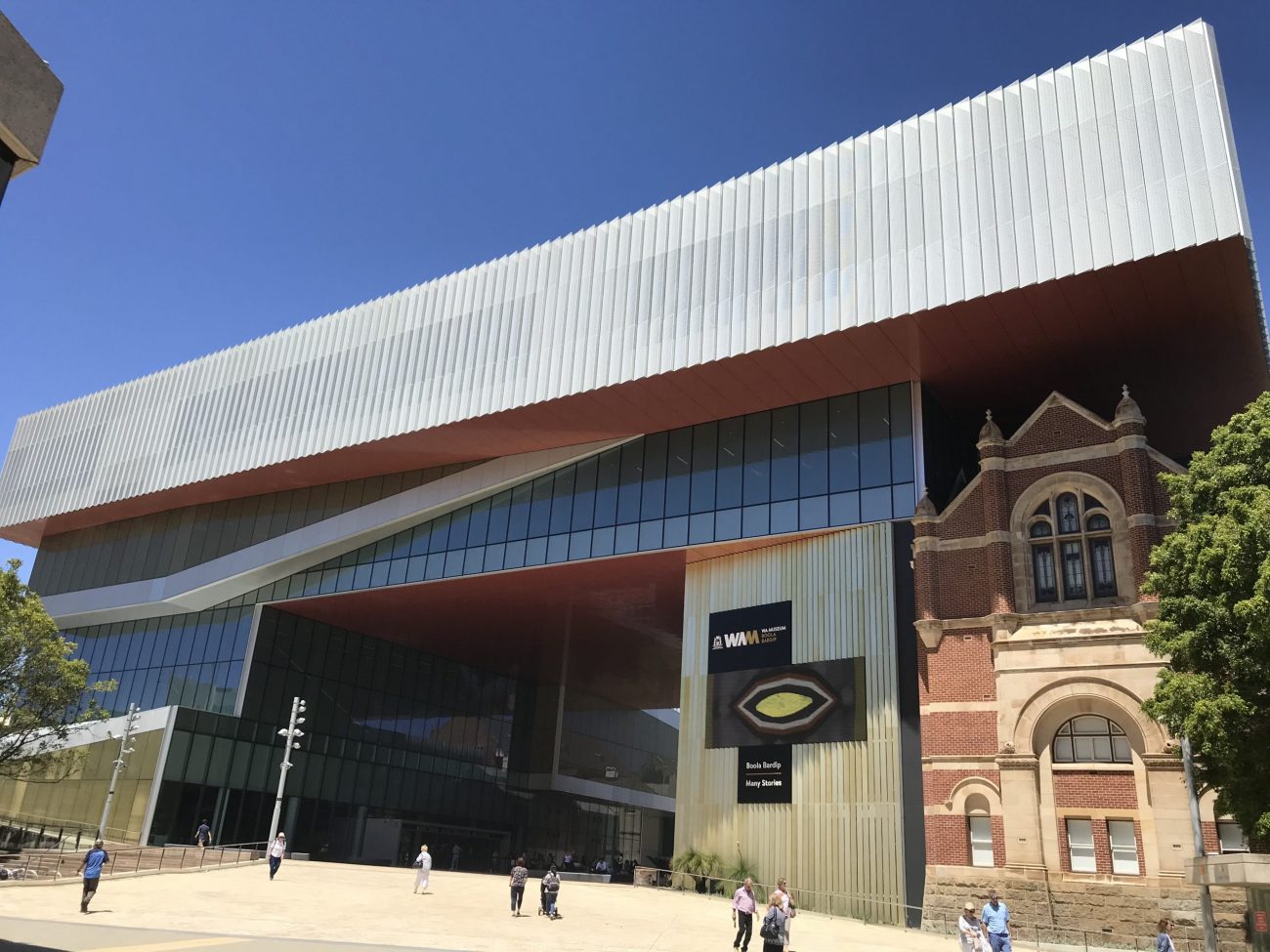 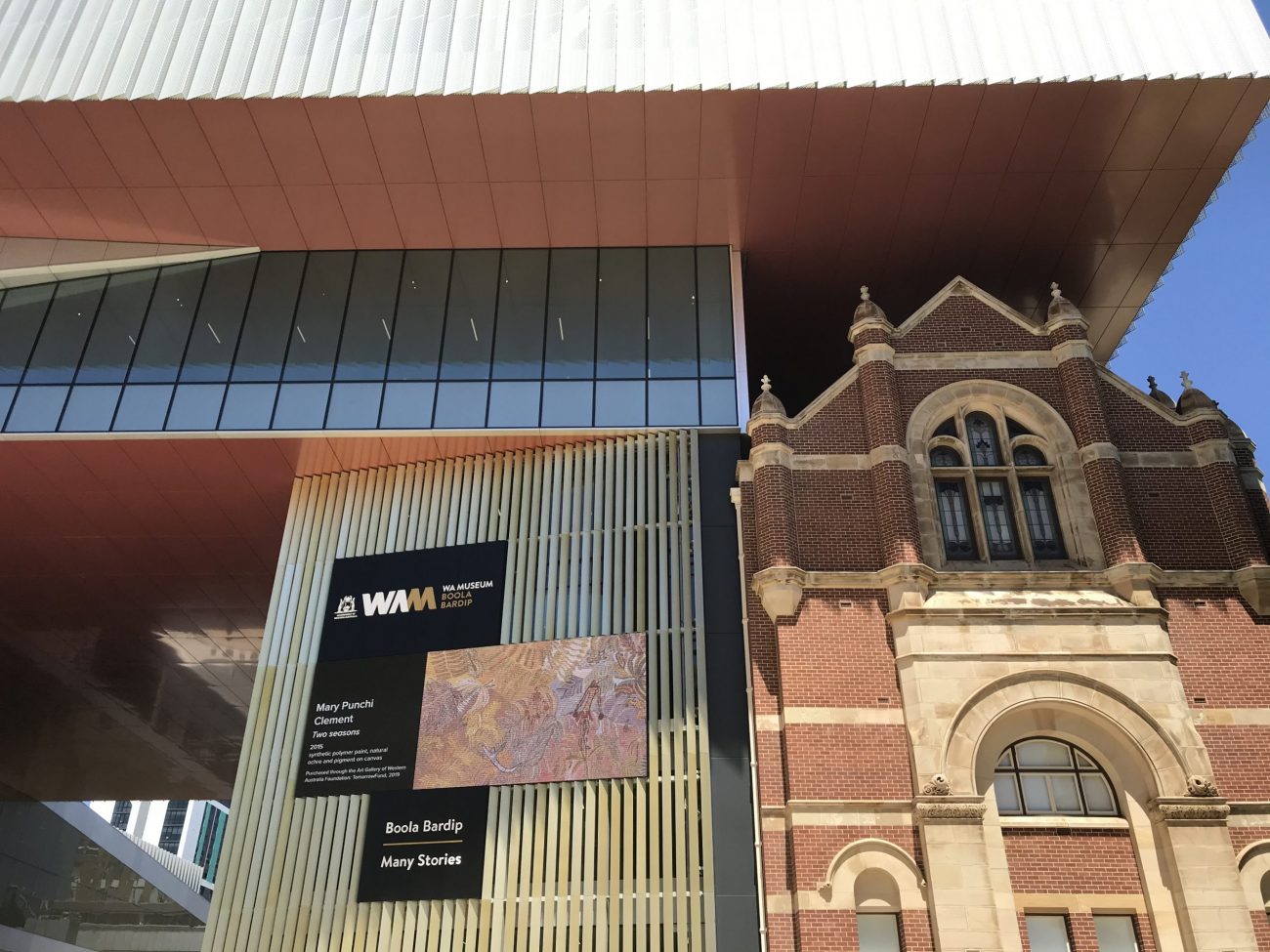 The façades of these old buildings have been maintained and preserved. Throughout the museum, there are exposed bricks and floors of the old buildings. It’s a striking meeting of old and new.

Hassel and OMA designed the new building that is triple the size of the original museum with 6,000sq metres of gallery space. There are eight permanent galleries and a temporary gallery for touring shows; educational spaces, retail areas and a café, spread over four levels.

The new structures are covered in perforated metal cladding and vast amounts of glass, which allow for very different perspectives of the city below. There are magnificent golden spiral staircases throughout the museum. 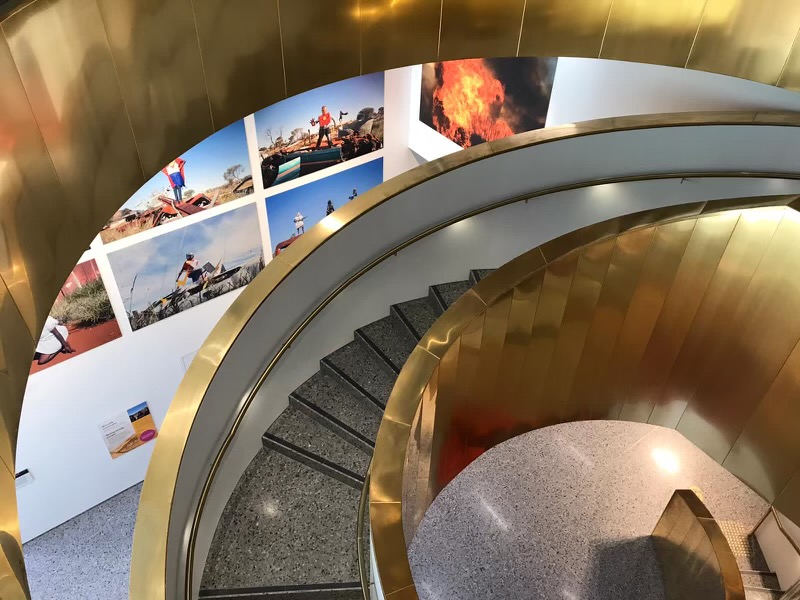 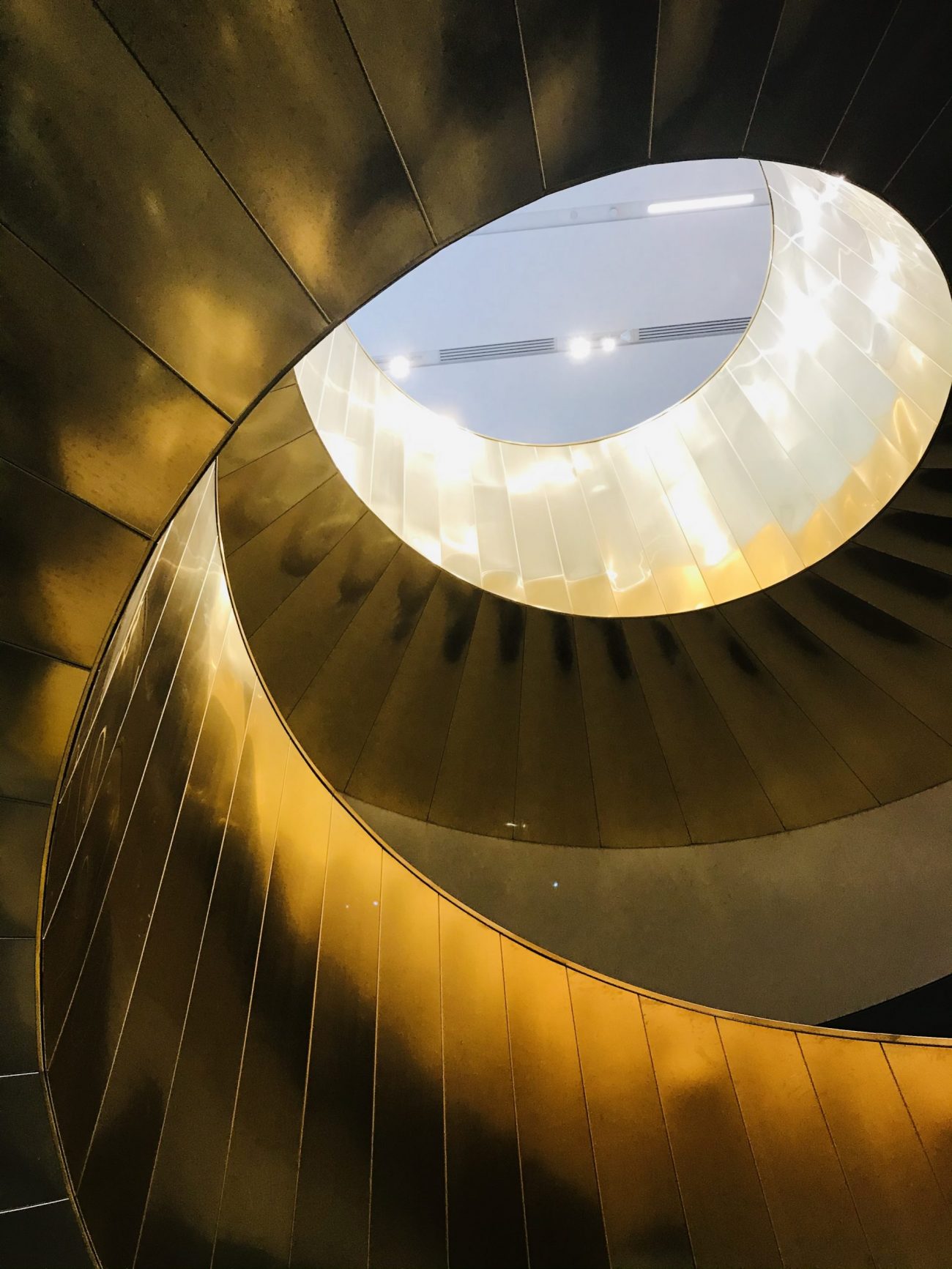 We began our tour from the top on the third floor and worked our way through the exhibition halls to the ground floor. Woven throughout each exhibition are the voices of Aboriginal peoples, recognizing and expressing their cultural heritage. Every exhibition is hands on and with the latest technology. 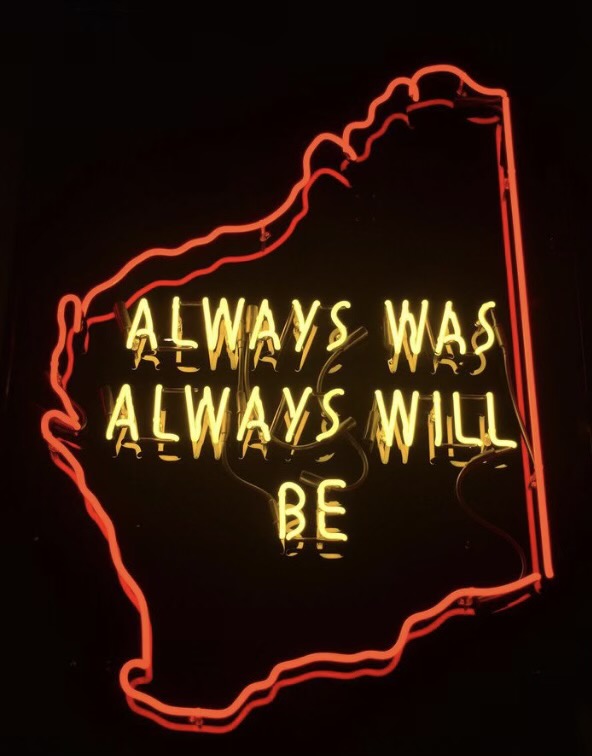 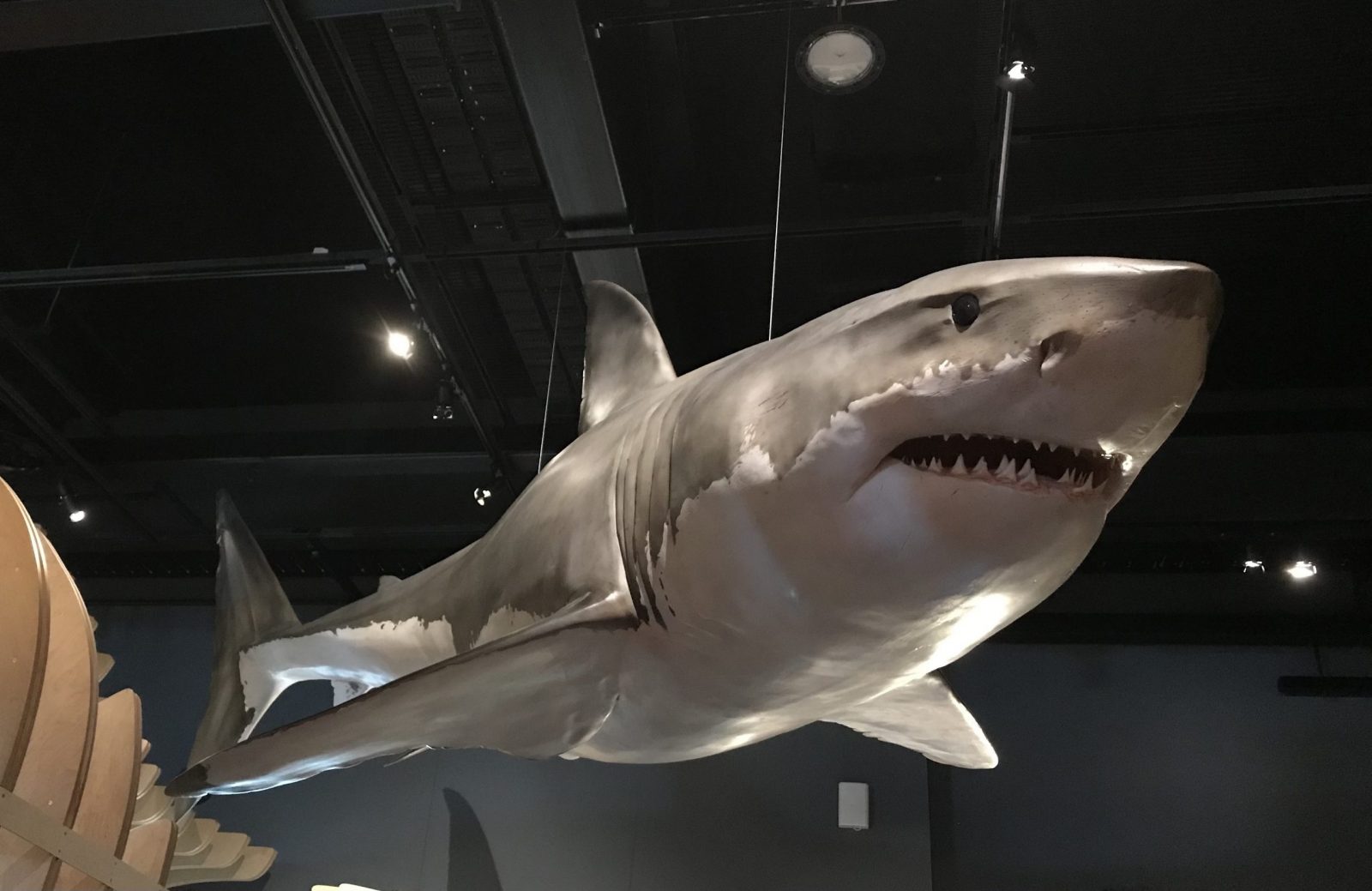 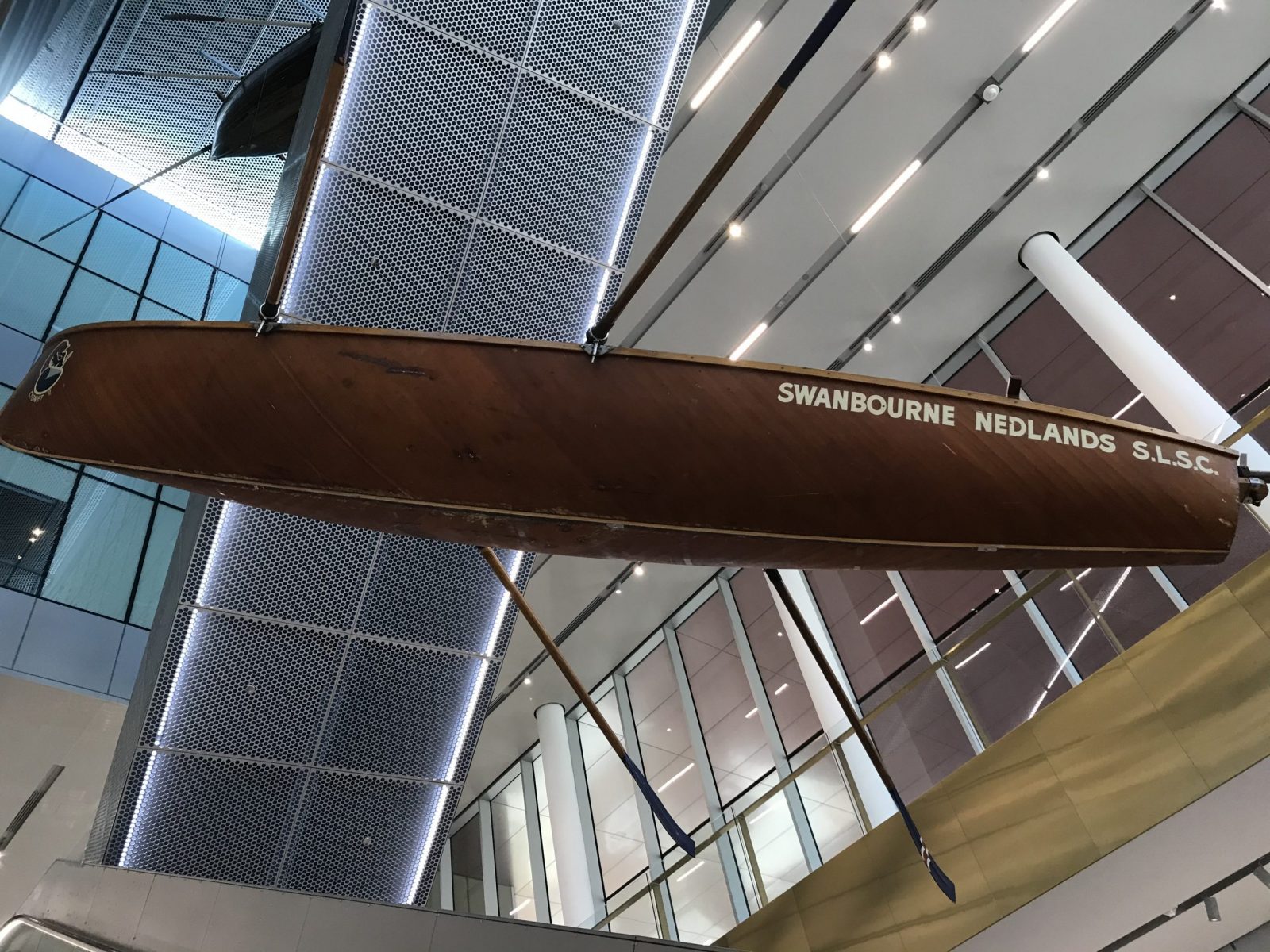 You can walk through a crystal portal featuring magnificent images of WA minerals. See meteorites, a rusted Holden car, a giant wrecking ball used for clearing forests buried in a wall. Write a message to a deceased loved one at the Wall of Love and Loss. 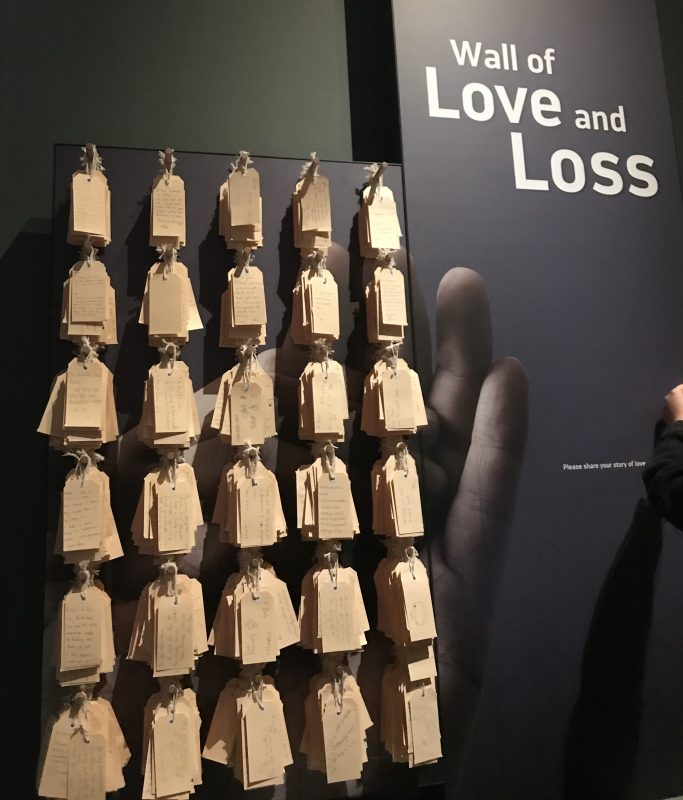 Otto, the 123-year-old blue whale skeleton is back and suspended from the ceiling of Hackett Hall. It was washed ashore in the late 1890s near the mouth of Vass River. Otto is named after Otto Lipfert who preserved the skeleton. Otto has been in storage for the past 17 years. 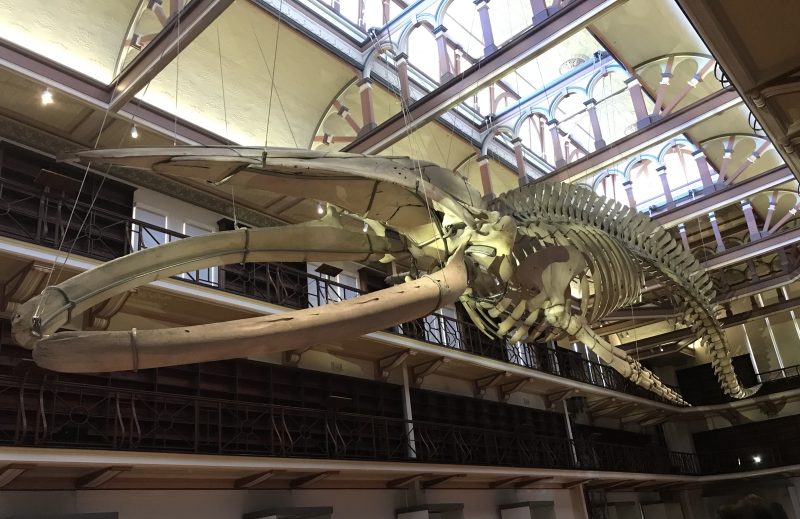 I was deeply moved by ‘Songlines, Tracking the Seven Sisters. This epic ancestral story of an ancient creation saga features a dramatic chase across the Australian deserts and skies using Indigenous voices and innovative multimedia.

From a six-metre wide roofless dome tent, you can view the Seven Sister Dreaming tracks in the moving skies with Orion and Pleiades, across the deserts and the ancient rock art paintings from Cave Hill, South Australia. 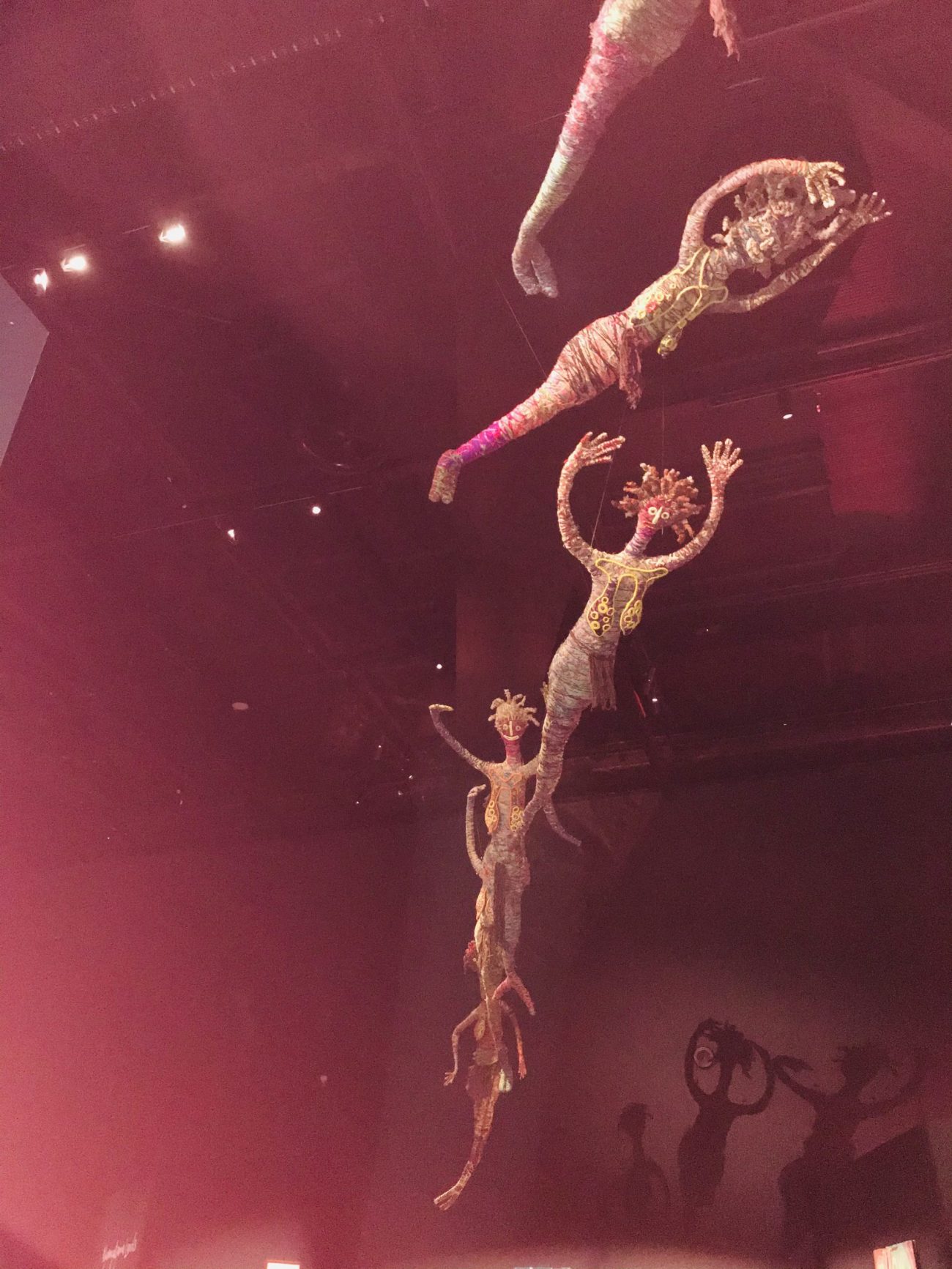 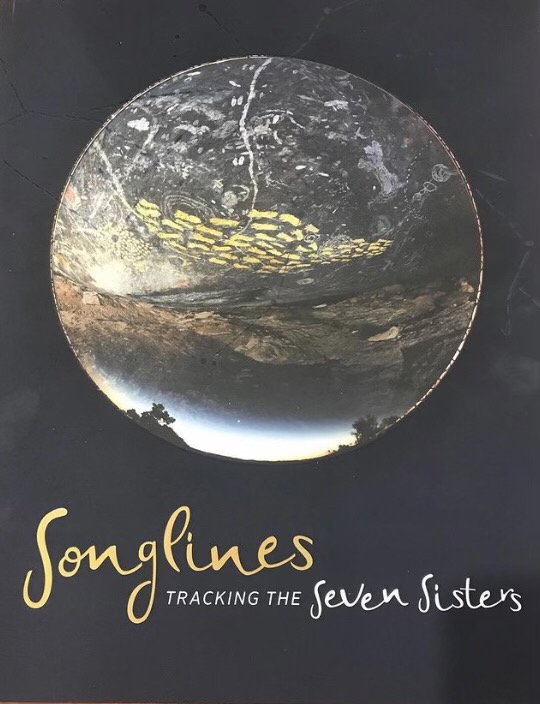 This magnificent exhibition is the culmination of more than five years of collaboration between Aboriginal communities and the National Museum of Australia. There are stunning sculptures of women made from grasses, wire, wool and hair. This exhibition is showing until April 2021, before it embarks on a world tour.

There is so much to see and do, it is impossible to take it all in on one visit. I look forward to returning again. Don’t miss this wonderful addition to Perth.

Entry is free for the first 18 months. Admission for children under 15 will always be free. You can apply for up to 10 tickets until 31 January 2021.