Home 2022 June 20 We Call Upon The Authors To Explain – What’s Going On With South Fremantle Power Station?

We Call Upon The Authors To Explain – What’s Going On With South Fremantle Power Station?

Just what is happening with the sale of the heritage listed, and fast crumbling, South Fremantle Power Station? 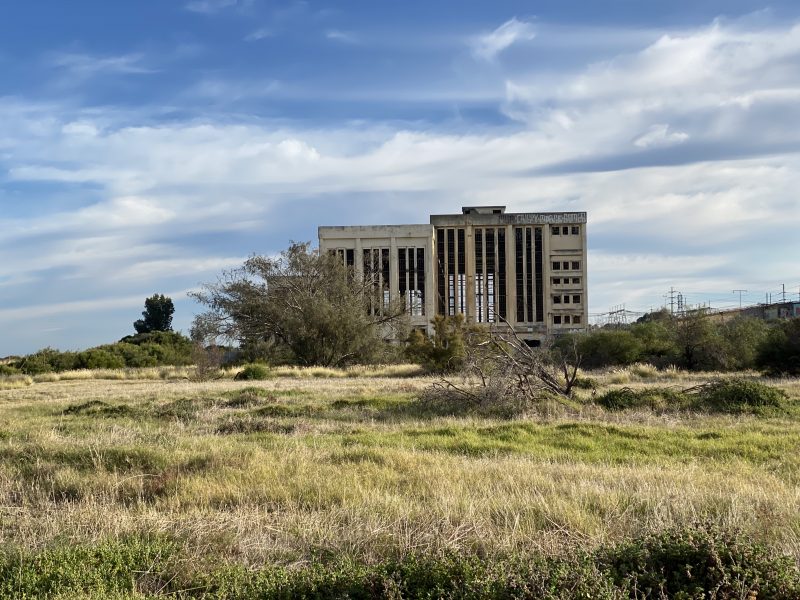 The simple answer is, ‘Nothing much’, if you search the public record for the answer.

We at the Shipping News have been highlighting this Crime of Two Centuries since we posted the story in late April 2021, more than a year ago.

Then exactly a year ago tomorrow, on 21 June 2021, Bill Johnston, the Minister for Energy and the Minister responsible for Synergy, the State agency that nominally owns the Power Station site, announced Synergy would be selling the site through an EOI or expression of interest process. EOIs had to be lodged in quick time, by 2 July 2021. Synergy said that, subject to board approval, it expected to announce the successful bidder in early September – September 2021 that was.

Soon after this announcement we raised a number of questions and issues pertaining to the sale. On 1 July, the day before the final day for lodging EOIs, we highlighted the Public Trust that attends the sale.

Well, September came and went, with no announcement made of the successful bidder. Again we queried what was happening.

Then, in early February 2022, following further silence from Synergy and the Minister, and further questioning from Fremantle Shipping News, Synergy announced that it had entered into a conditional sale agreement with a party, but that the identity of the prospective buyer and the terms of the agreement couldn’t be disclosed as the were ‘commercial in confidence’.

If the redevelopment of the old East Perth Power Station is anything to go by, and one takes note of the clean up costs the State has been obliged to take on, as outlined by WAToday, the sale and redevelopment of the South Freo Power Station is probably in trouble. But who would know, as no one is talking? Not Synergy, not it’s Minister. No one. Apart from Fremantle Shipping News asking the questions.

Synergy says, in response to our recent request for answers as to what’s going on –

‘Synergy has entered into a conditional agreement with a party with respect to the sale of the South Fremantle Power Station.
Synergy is bound by confidentially obligations under the conditional agreement which prevents the potential buyer’s name being released.
This in large part protects Synergy’s ability to re-market the property should the sale process not proceed.
The name of the successful buyer will be revealed at a time mutually agreed by Synergy and the buyer.
Synergy looks forward to sharing more information on successful completion of the sale process.’

So they can’t/won’t say –
* Who the prospective purchaser is.
* What the conditions of the sale agreement are.
* If there is or is to be a Market Led Proposal or a development application under the Planning legislation over the site.
* When the sale will be reach ‘completion’.

Synergy continues to cite ‘commercial in confidence’ as the reason they can’t or won’t tell us what is going on.

We have railed against the commercial in confidence cop out before. It’s the enemy of public accountability and it really is time the Minister intervened to ensure we, the people know just what is going on with this most iconic of heritage sites.

When the Minister is asked what the current state of play is, as we also asked him this last week, his office responds by saying he knows nothing more than he knew before; doesn’t know any more than what Synergy says publicly.

We find it quite extraordinary that the State Minister responsible to the State Parliament for the conduct of Synergy should not have used his authority to ascertain the state of the sale of the South Fremantle Power Station, the identity of the prospective purchaser, and just what the conditions of the sale are and when the sale is likely to be completed – and have reported to us all with the detail.

So, like Nick Cave, We Call Upon The Author(s) – in this case, Bill Johnston and Synergy – To Explain, to explain their continued unaccountability over the sale of the South Fremantle Power Station and to come clean.