The AEC – the Australian Electoral Commission – has just announced it has made initial election funding payments totalling $713,952 to eligible political parties and candidates for the 2022 federal election.

Eligible parties and candidates get an automatic payment of $10,656 each. No questions asked. 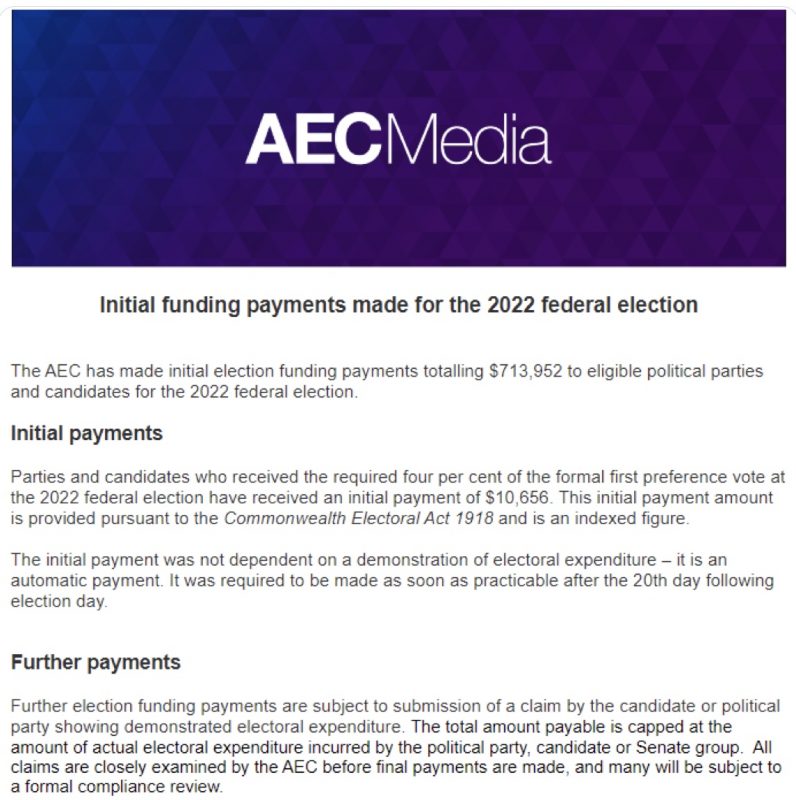 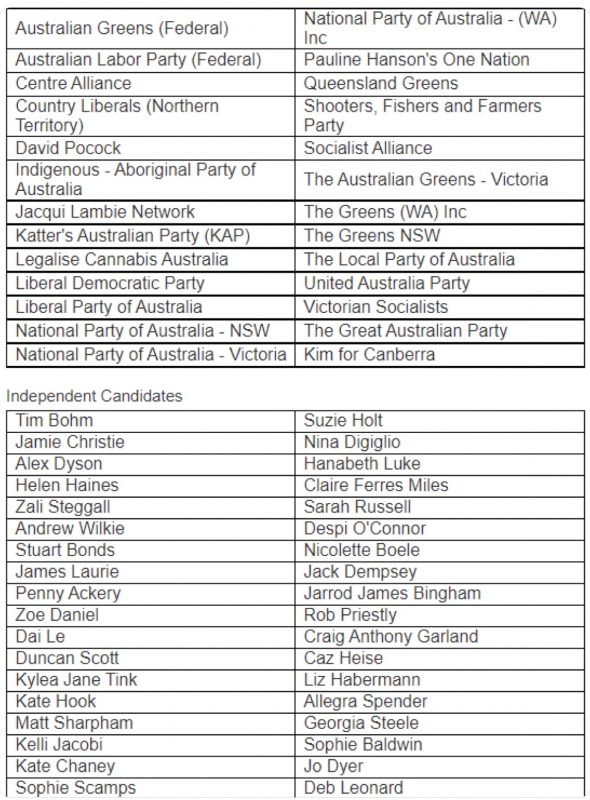 Which means that of the parties that ran candidates in Fremantle, the following will receive payments –

However, no independent who ran in Freo qualified for a payment.

Election funding is payable in relation to any candidate or group who receives at least four per cent of the total first preference votes in an election.

A registered political party is entitled to election funding when candidates it has endorsed receive at least four per cent of the formal first preference votes in an election.

An unendorsed candidate, who is not a member of a Senate group, is eligible for election funding when they receive at least four per cent of the formal first preference votes cast in an election.

Election funding is payable to an unendorsed Senate group where:
none of the group’s members have been endorsed by a registered political party; and
the group receives at least four per cent of the formal first preference votes cast in the Senate election.