Home 2020 September 18 Better Bridge Series – It Started With A …Vision!

Better Bridge Series – It Started With A …Vision!

This, the last of five articles, by Rebecca Clarkson from the Better Bridge Campaign, provides a personal account of where the Campaign has come from and where it’s going, and was the subject of Rebecca’s presentation to the Better Bridge Fremantle Town Hall Meeting on Thursday 10 September 2020.

I fell in love with the vision of a reusing the current Fremantle Traffic Bridge as a linear park across the Swan River. A beautiful soft entry statement and gateway to Fremantle, modelled on New York’s High Line. 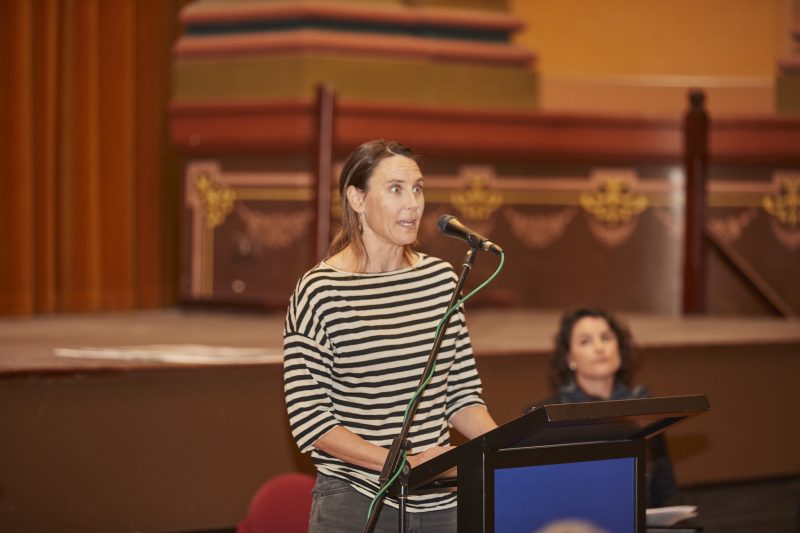 I started a petition calling on Minister Rita Saffioti to do exactly this. Over 3000 people have signed.

As I’ve dived deeper and spoken to more people within the Fremantle community, I have come to realise how complex this project is, how many people it touches and how little consideration Main Roads have had for the community at large.

They have made a whole lot of project assumptions without even talking to the community properly, authentically, about our aspirations, our needs and our vision. They have made decisions about viability on key project components without understanding how we will use this critical piece of infrastructure.

For too long, we have let Main Roads dictate what our City looks like and its got to stop.

Here are the key reasons I believe Main Roads preferred alignment is the worst possible outcome for Fremantle.

Design and Defend
Despite knowing better (and against their own policy), Main Roads have used the Design and Defend model of community engagement. They have already made all the critical decisions, progressed through design/documentation and released a reference design to bid teams. As they receive submissions from these teams, they are ‘consulting’ with the community. This consultation is little more than a public information campaign defending the design.

The community has been sidelined completely in the process.

Freeway style.
The proposal is ugly. Its large. Out of scale with the surrounding community. It has big sounds walls. Wide roads. It’s a big ugly brute of a bridge that priorities cars. It includes two rail bridges, at a third of the overall cost, one which will be defunct when the port moves. The current rail bridge has over 40 years of life left in it.

Heritage Interpretation
The current bridge will be almost completely removed with a stub left in the river. There is many more imaginative ways this bridge, the largest timber bridge in the southern hemisphere could be used. However, Main Roads have made decisions on viability.

Impact on nearby residents.
Lastly, the bridge will be moved closer to residents when it could be moved into industrial land. The Minister for Ports could overrule the Fremantle Port Authority and have them cede land back to the community to ensure a project has better outcomes for the local community.

Main Roads took the same approach with Roe 8 and wasted millions of dollars. They are doing the same thing again.

The Better Bridge Community Campaign developed from my petition.

This is Our Bridge, Our Place and Our Choice @betterbridgefreo

The campaign calls on the State Government to pause the project and have an authentic and meaningful consultation with the community at large.