This, the fourth of five articles, by Dr Brad Pettitt, Mayor of Fremantle, provides a clear City perspective on the Bridge controversy, and was the subject of Brad’s presentation to the Better Bridge Fremantle Town Hall Meeting on Thursday 10 September 2020.

A better bridge is possible, but not without a full and proper conversation with the Fremantle community on  the options.

Instead, what Main Roads WA are trying to tell us is, their planned bridge alignment and design is the ONLY design possible – the only one that could possibly be built.

Well, that is not true. It is not the only possible design and it is certainly not the best one. In fact it is hard to imagine a worse outcome on a number of levels.

First, the new traffic bridge is in a problematic location.  Built up-river of the current bridge this means, on its north bank, it will be unacceptably close to homes in North Fremantle.

There will also be a loss of green space and parking for those using the river and bridge for fishing.

On the south side, the only green space within the City of Fremantle on the South side of the Swan River connected to the water will be lost. Worrall Park will be no more.

Main Roads is saying that there will be a new green space located between the two bridges.

Putting aside who wants to picnic jammed between the underbelly of a rail and road bridge, this steep, largely unusable location will have no access to the water as the port pilot boats park there and there is no plan to move them.

When the Minister first announced this project, the Minister also expected the new bridge to go to the west in between the two bridges. 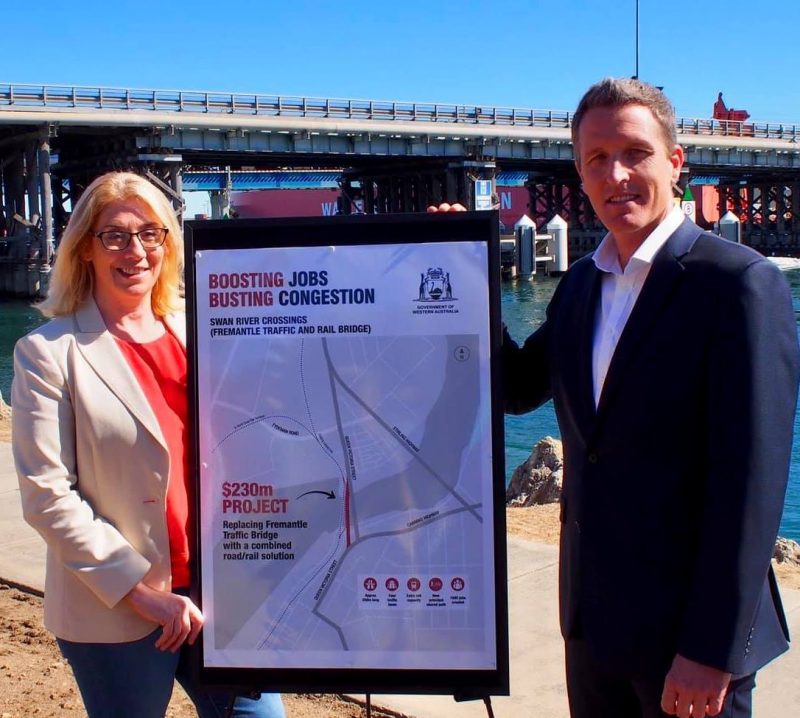 This is also what the Fremantle Council has called for for many years with its Freo2029 long-term visioning document. 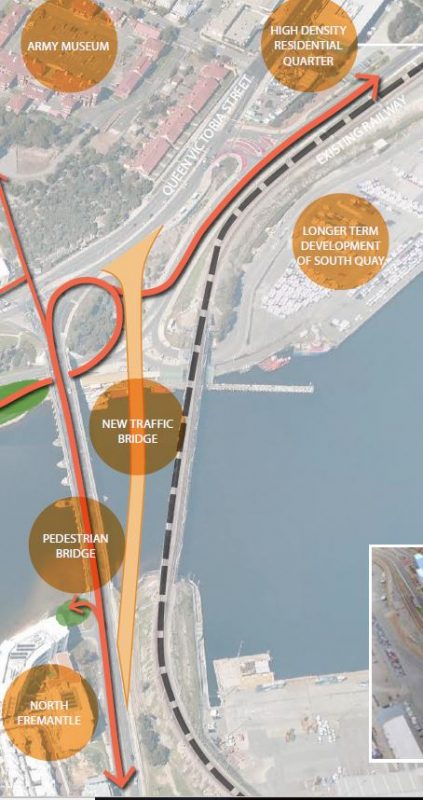 Second, the project will almost totally demolish the state heritage listed old bridge. The plan is for little of this structure to remain. On the north bank it will disappear entirely. On the south side, it will be chopped off above Beach Street on one end, and chopped off only few metres over the water on the other.

The City of Fremantle won’t take on it ownership if offered in this limited form as it will be nothing but a liability for ratepayers.

There is a better option, as we highlighted before resuming far more of the bridge, as Fremantle High Line. That would be a real asset. 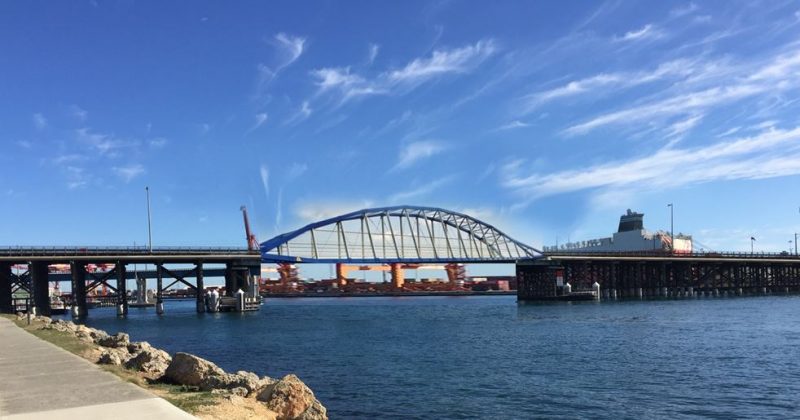 An outcome worth exploring would be keeping each end of the bridge and connecting it with a light weight pedestrian bridge linking the two.

There’s also a concerns we will end up with an unattractive new bridge that won’t be beautiful or iconic. It will look like every other concrete bridge in Perth. Think Mount Henry, the Narrows, Stirling etc. A cheap and functional replacement.

We only get to build a new bridge west of the Perth CBD once in a generation and it shouldn’t be a rushed cheap job but a project with a positive legacy.

Finally, why is Main Roads proposing a circuitous principal shared bike path (PSP) that doesn’t make it all the way to Fremantle and stops randomly behind some bus stops with no clear route in to Fremantle?

Where else in any WA transport network is this poor planning allowed to happen?

This bridge project work needs to align with planning for a PSP that finally finishes this key route direct from the Fremantle centre to the Perth centre. A new bridge that works against this is just poor planning and investment.

While all this may seem a bit depressing, it needn’t be. There are design outcomes that can address all of the above issues in a far better way. For example the Westside Option below addresses some of the issues. It is not necessarily the whole answer but it better than the current plan. 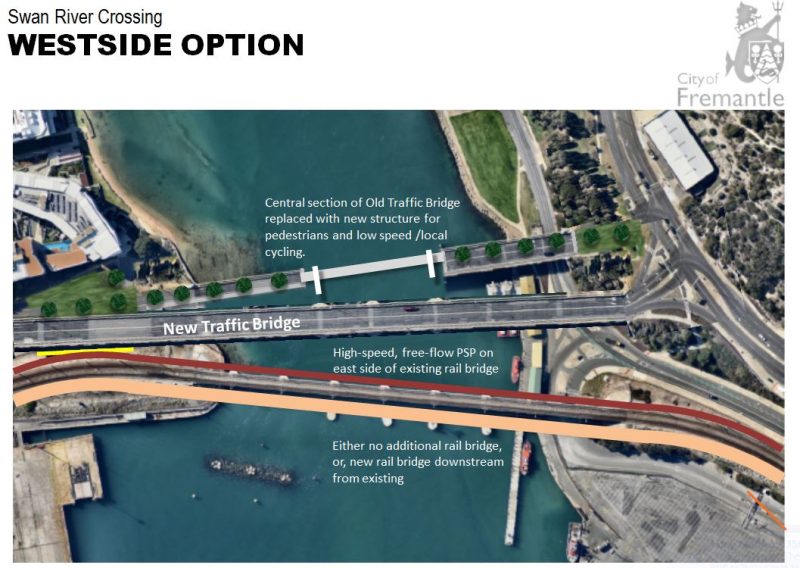 We just need Main Roads and the State Government to slow down, consult properly with the Fremantle community. A better bridge is possible.

Others in the Better Bridge Series
* Peter Newman, A ‘Done Deal’ or an ‘Elegant Solution’?
* Ingrid Maher, What North Fremantle Residents Want And Why
* Andrew Sullivan, Better Network, Better Bridge.