Community Feedback To Guide Next Stage of Traffic Bridge Planning

In a joint media statement released yesterday, 2 February 2021, headed ‘Community feedback guides next stage of Swan River Crossings project’, the State Minister for Transport and Planning, the Hon Rita Saffioti MLA, and the Federal Minister for Communications, Urban Infrastructure, Cities and the Arts, the Hon Paul Fletcher MP, described the present state of play with the project to replace the historic Fremantle Traffic Bridge. 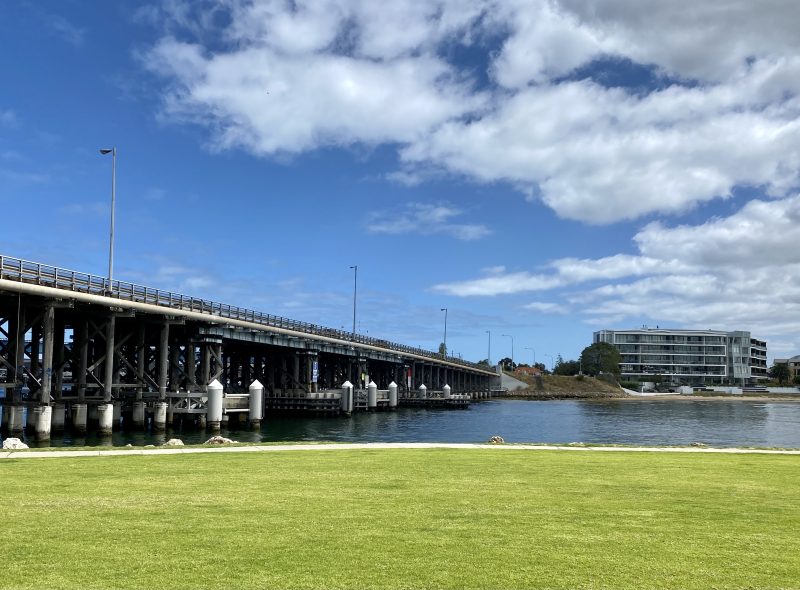 The upshot is as follows.

Planning and development is continuing on the Swan River Crossings project with a contractor appointed this week to replace the old Fremantle Traffic Bridge.

Laing O’Rourke Australia Construction, Arup Australia and WSP Australia are to form an Alliance with Main Roads WA to guide the project into the next stages of alignment investigation, detailed design and construction.

In that regard, the Federal Government and the State Government are each providing $115 million towards replacing the existing Traffic Bridge.

Mr Fletcher said the Morrison Government has accelerated delivery of the Federal funding so construction on this project can occur sooner.

Ms Saffioti said the Fremantle Traffic Bridge was one of the major infrastructure projects brought forward to support the Western Australian economy through COVID-19, and added that the project was a significant one that had been on the agenda ‘for decades’.

Ms Saffioti noted there are ongoing significant maintenance costs with the existing bridge, and a need to replace the current bridge with a new structure.

The Alliance’s job involves working on the final alignment and design of a bridge to ensure the best bridge possible, given all of the constraints in the area.

The project will include a new dedicated pedestrian and cycling path – as Stage 3 of the new Perth to Fremantle PSP, with Stage 1 completed, and Stage 2 now underway.

The media statement notes the extensive community consultation program that has been underway over the Main Roads WA bridge proposal since August 2020, and specifically records that –

While the preferred alignment initially had a new traffic bridge to the east of the current Fremantle Traffic Bridge, in direct response to community feedback, the alliance team will now further investigate options to build between the existing road and rail bridges before a final location is determined.

The media statement also records State Member for Fremantle Simone McGurk’s statement that the new bridge is a great opportunity to replace the 80-year-old structure with something that appeals to the community, and that –

This project is the largest single investment in Fremantle’s future we’ve seen in decades.

A lot of work has gone into getting the project to this stage – securing State funding, building a case for Federal funding, identifying constraints and mapping out technical requirements.

We recognise the importance of this project to Fremantle locals, so facilitating informed and meaningful community input on the new structure is essential.

With the inclusion of an architect lead and heritage consultants in the Alliance, we have the opportunity for heritage interpretation, urban landscape and design in a transport infrastructure project.

Continuing the momentum of community and stakeholder consultation will be a priority as the alliance team moves through development and design.

It now remains to be seen if the Alliance, assisted by continuing Fremantle community input, can locate the new bridge to the West of the location initially favoured by Main Roads WA, as favoured by the preponderant community feedback on the proposal, with the result that the impact of the new bridge on North Fremantle residents is minimised, and the Old Traffic Bridge can be be retained, in its present or a modified form, as a public place.

The media statement plainly rules out an alignment of the new bridge further to the West of the existing rail bridges. That statement will be a particular disappointment to many in the Fremantle community who have reasonably contended that, with the State Government’s recent decision to move the commercial operations of Fremantle Ports from the inner harbour to near Kwinana in the medium to longer term, the opportunity should be taken to locate any new traffic Bridge to the West of the existing railway bridges in order to realise immediate local planning objectives in North Fremantle and medium to longer term regional planning and development requirements in the nearby beachside Leighton precinct. 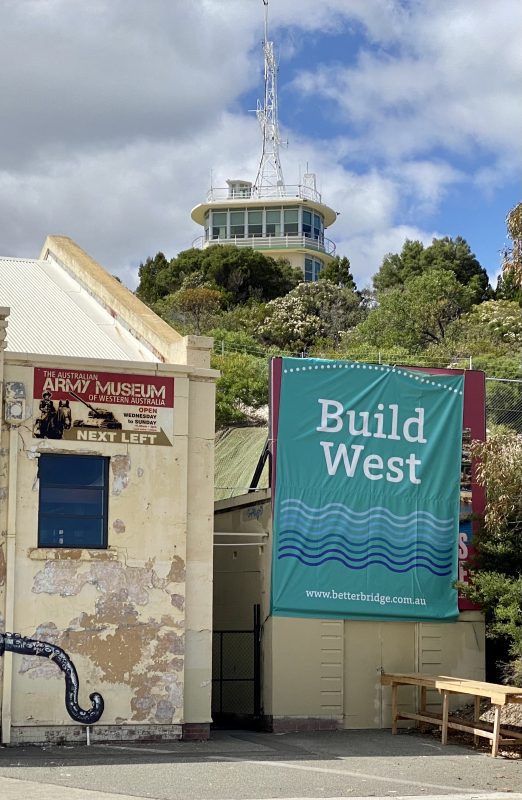 To catch up on the community reaction to the initial Main Roads WA bridge proposal, read the Better Bridge Papers here.

How the local Fremantle community will respond to this media statement remains to be seen.