Transport and Planning Minister Rita Saffioti has today announced $5 million would be allocated to four high priority coastal erosion projects across WA, including at Port Beach.

$3.25 million is to be allocated to the City of Fremantle for the Port Beach large-scale ‘sand nourishment‘ project to provide up to 10 years of protection for one of the State’s most iconic beaches.

Sand or beach nourishment has been used since the 1920s, first in the USA. While it mitigates erosion of beaches it doesn’t deal with the causes of the erosion.

Nonetheless, it is likely to be welcomed around Freo, although questions will be asked about what happens in 10 years time. Will the beach be nourished again?

The question of coastal planning and development is again highlighted by these funding announcements. 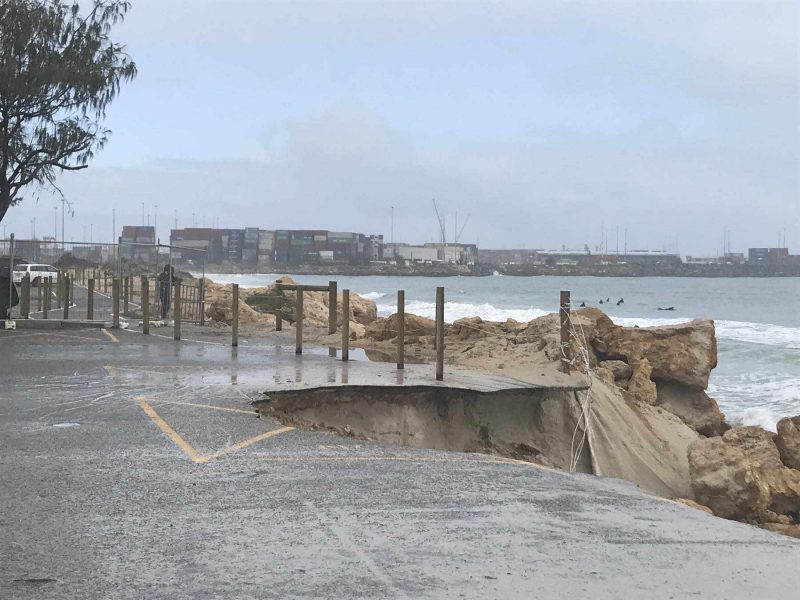 All four projects were classed as high priority projects by the State Government’s 2019 ‘Assessment of Coastal Erosion Hotspots in Western Australia’ report, which identified 55 coastal erosion hotspots across Western Australia.

An additional $1.76 million will be allocated to 42 projects across WA to assist local governments and communities to plan, protect, manage and enhance Western Australia’s coastal areas.

More than $150,000 has been awarded to the Shire of Gingin to undertake strategic coastal planning for Ledge Point, Guilderton, Seabird and Lancelin, including the Grace Darling Park foreshore, and investigate more long-term solutions to managing coastal erosion in the area.

Another 28 coastal erosion hotspots have also received grant funding, including the Shire of Esperance who were awarded $300,000 for a collaborative trial project with the Department of Transport to use dredged sand to widen its town beach and a further $39,000 to protect Duke’s Dunes.

The State Government says it is continuing to push for a co-ordinated national approach to managing coastal erosion, with the Premier raising the issue at COAG last year.

We shall all look forward to hearing of progress on the coastal erosion front, if you‘ll excuse the pun.