China and the Indian Ocean 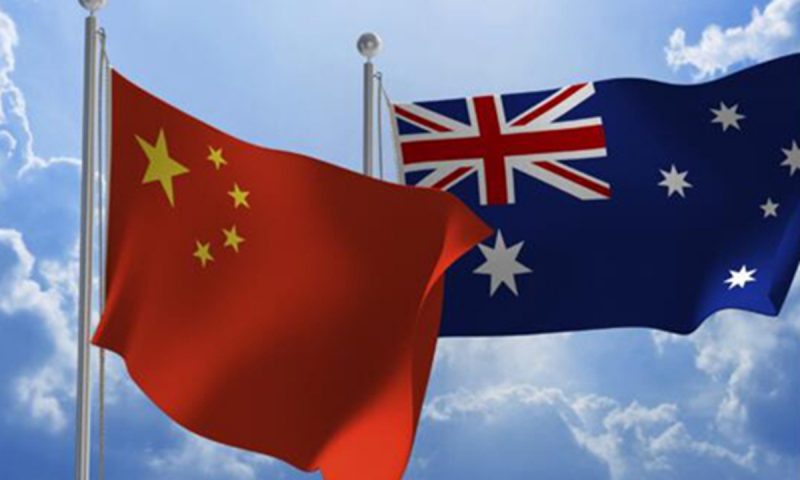 It is worth remembering, though, that the Chinese have been connected to Western Australia from the start. And so have some prevailing attitudes we now see damaging the relationship.

It is still thought, for example, that during his early fifteenth century Indian Ocean voyages, the great Chinese mariner Zheng He might possibly have touched into Western Australia well in advance of all those Dutch and other seafarers.

So China’s present moves have a long history.

And we know for certain that in 1829, a boat builder known as Moon Chow was at work in Fremantle and Perth.

That was his Anglicised name, of course, so much of the cultural misunderstanding began immediately.

Not only were their names confused, sometimes they were left out altogether. In 1864, one Fremantle shipping news report recorded the departure for Batavia (now Jakarta) of several specifically named Europeans, along with “a Chinese woman and two children”.

Many of the assumptions and much of the stigma began early, too. As early as 1836, official Western Australian crime statistics recorded that three Chinese had been convicted of “felony”. The following year, the Agricultural Society discussed how best to import Chinese labourers, and indentured workers were here at least by 1847.

By 1850, then, for the most part, in Western Australia one of the most accomplished of world cultures was considered simply as a source of labour and crime.

At that point, no one really understood this presence as part of a strong trading network around the Eastern Indian Ocean centred on Singapore, then part of the Straits Settlement. Many Chinese travelled through there to Western Australia from southern China, particularly Canton (now known as Guangzhou).

That helped add further misinformation because Chinese were often referred to as “Malays” (and vice versa) and in turn “Malays” often included “Javanese”. “Asians” went undefined for a very long time.

These Chinese, then, were ever-present and figures of either derision or suspicion or both.

During 1881, for example, a European ship’s captain was charged in a Perth court with murdering one of several Chinese labourers he was transporting north. He received twenty years for manslaughter, but the trial reports were replete with derogatory references to the behaviour and reliability of witnesses like “Ah Hoo”, amidst chaotic scenes involving other Chinese and translators.

By 1886 Western Australia was restricting the arrival of Chinese. That became part of the Australia-wide drive that created the Commonwealth’s 1901 Immigration Legislation Act, and that in turn spawned the White Australia Policy that lasted effectively until the 1970s.

When we survey the contemporary scene, it is too easy to see a repetition of these patterns.
Back then, the Chinese were banned as much for their competitiveness as for their colour. On the goldfields and the pearling banks they made money where Europeans did not. That led to the exclusion.

Much of that still prevails. Think how persistently the “made in China” term has been used in a derogatory sense even while China has more recently rocketed up the world rankings in patents and scientific paper citations.

So has the criminal tag. Rather than “felony”, however, the focus has been more on intellectual property theft, abandoning contracts, reneging on deals and, generally, the “grasping” nature of the Chinese as depicted in racist and insulting cartoons circulated around the world since the late nineteenth century.

All that has accelerated since 1947 when the word “Communist” could now be tagged onto any other epithet. In the past year, much of the Australian media – including “think tanks” like the Australian Strategic Policy Institute funded by defence interests – has effectively branded anyone sympathising let alone working with the Chinese as a “Communist” ally.

These long-held and deep-seated attitudes must be confronted if there is to be any sort of a rapprochement between Australia and China, and that is of huge significance for Western Australia, simply because of iron ore.

That commodity accounts for at least sixteen percent of Australia’s export income, and there is little doubt that the massively higher than expected iron ore price has been significant in getting Australia through the COVID crisis this well.

But that has depended entirely upon China continuing to take at least sixty percent of its iron ore imports from Australia.

That is to say, China now holds the cards that were in Australian hands well over a century ago.

The problem is that Australia, by and large, still retains the attitudes it developed towards China all those years ago, and is trying to conduct the debate from that position.

It is unlikely that will work, and we need to change tack fast if we are to go any way towards reaching a working relationship with our most powerful neighbour.