What an amazing Perth Festival event – an aquatic extravaganza really – just concluded on the Swan River between East Fremantle and the Inner Harbour at Fremantle over about a week.

It’s hard to imagine how anyone could have conceived of such a thing, but Madeleine Flynn and Tim Humphry did just that. Brilliant concept and execution. You leave the performance – for that’s what it is – feeling so much more knowledgeable about the River, in that place, than you could have imagined possible.

You embark a small dinghy, as the sun rises or sets, with an experienced skipper and four or five fellow adventurers and then go upstream and downstream and upstream again for over an hour, all the while being given a lesson in the waters of Fremantle, Jurassic geology, Noongar perspectives, and many personal stories of connection to the River and the Harbour by people who know their stuff. All of this is broadcast to you via speakers in the dinghy from the Fremantle Sea Rescue tower atop Cantonment Hill. You find yourself spellbound. Noone talks, everyone listens.

Along the way, funny things seem to happen out of the blue. Most extraordinarily, a woman appears, like a Siren on a rock, aside the River in North Fremantle, and a man starts playing a trombone under the old traffic bridge, and later the new one, as we come by!

To understand what has happened to you, it is useful to know something of the creators of the work.

Flynn and Humphry are artists whose life work it is to create unexpected situations for listening. They have a long term collaborative practice. Their work is driven by a curiosity and questioning about listening in human culture and seeks to evolve and engage with new processes and audiences, through public and participative interventions. Their practice intertwines local, national and international relationships. Not surprisingly, awards for their work abound, and include Green Room Awards for Excellence in Hybrid Arts, the Australian National AMC-APRA Award for Excellence in Experimental Music, and the Melbourne International Festival Award. In March 2017, Madeleine was awarded the prestigious Australia Council Award for Emerging and Experimental Artforms.

They are long term participators in the arts ecology, across all levels of the sector. Currently they are the Presidents of the New Music Network, a national collective of new music thinkers and makers. Tim has a Phd in Music from Monash University, and has lectured at Griffith University in creative arts practice. Madeleine is currently completing her Phd on choreomusical analysis at the University of Melbourne and has lectured in Wrting/Internet/Performance at Latrobe University, and music theory at the University of Melbourne. Their work is documented at www.madeleineandtim.net and www.themegaphoneproject.com.

We mention all this because you must see their work in a broader, body of work context.

One must congratulate the Perth Festival for sharing Flynn and Humphry’s vision and for commissioning this outstanding work. Well done, Wendy Martin! We can only hope the Festival has them back soon to enliven us with some other unimaginable thing.

Madeleine kindly agreed to be interviewed by the Shipping News. Listen below as she explains the inspiration for Five Short Blasts. 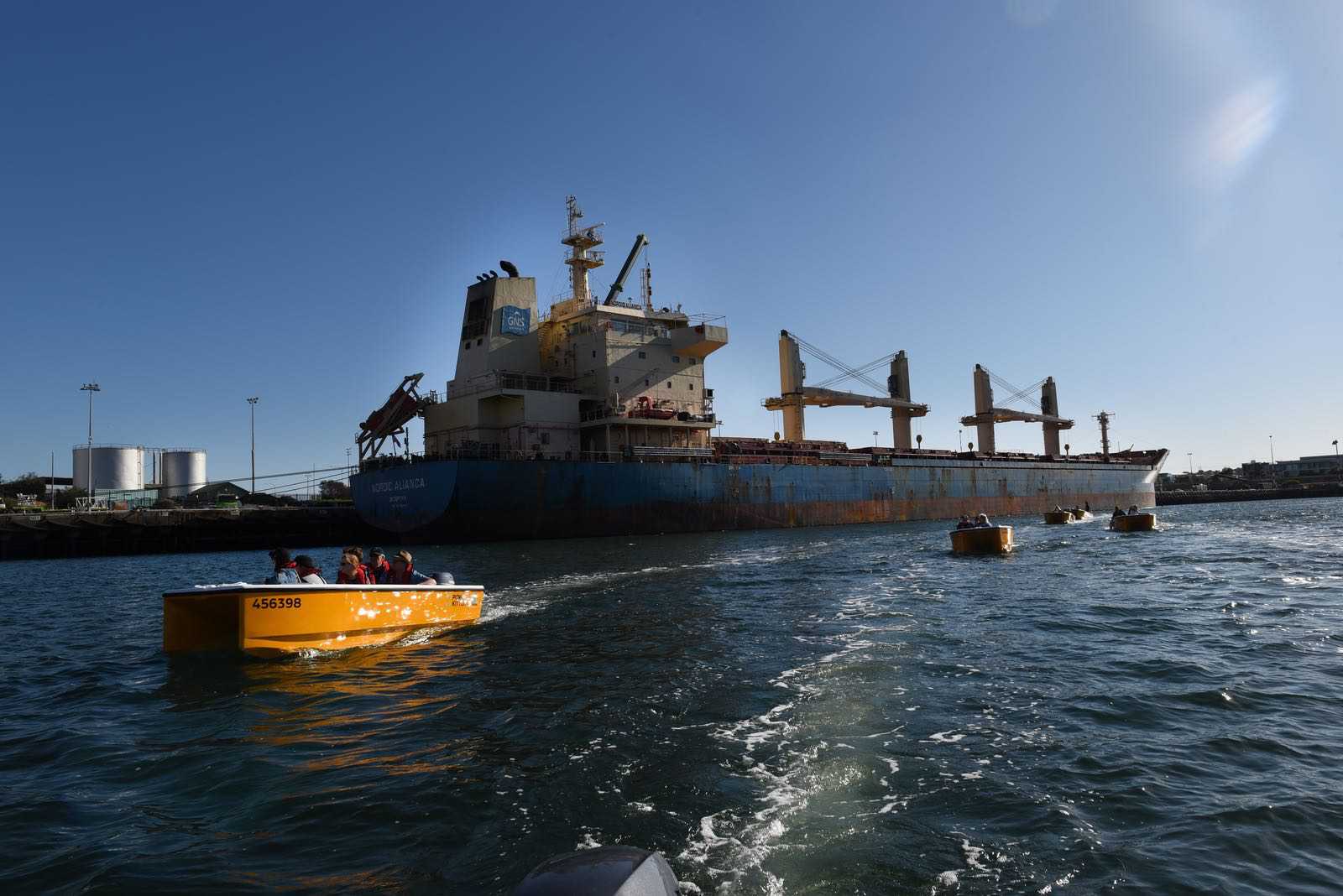 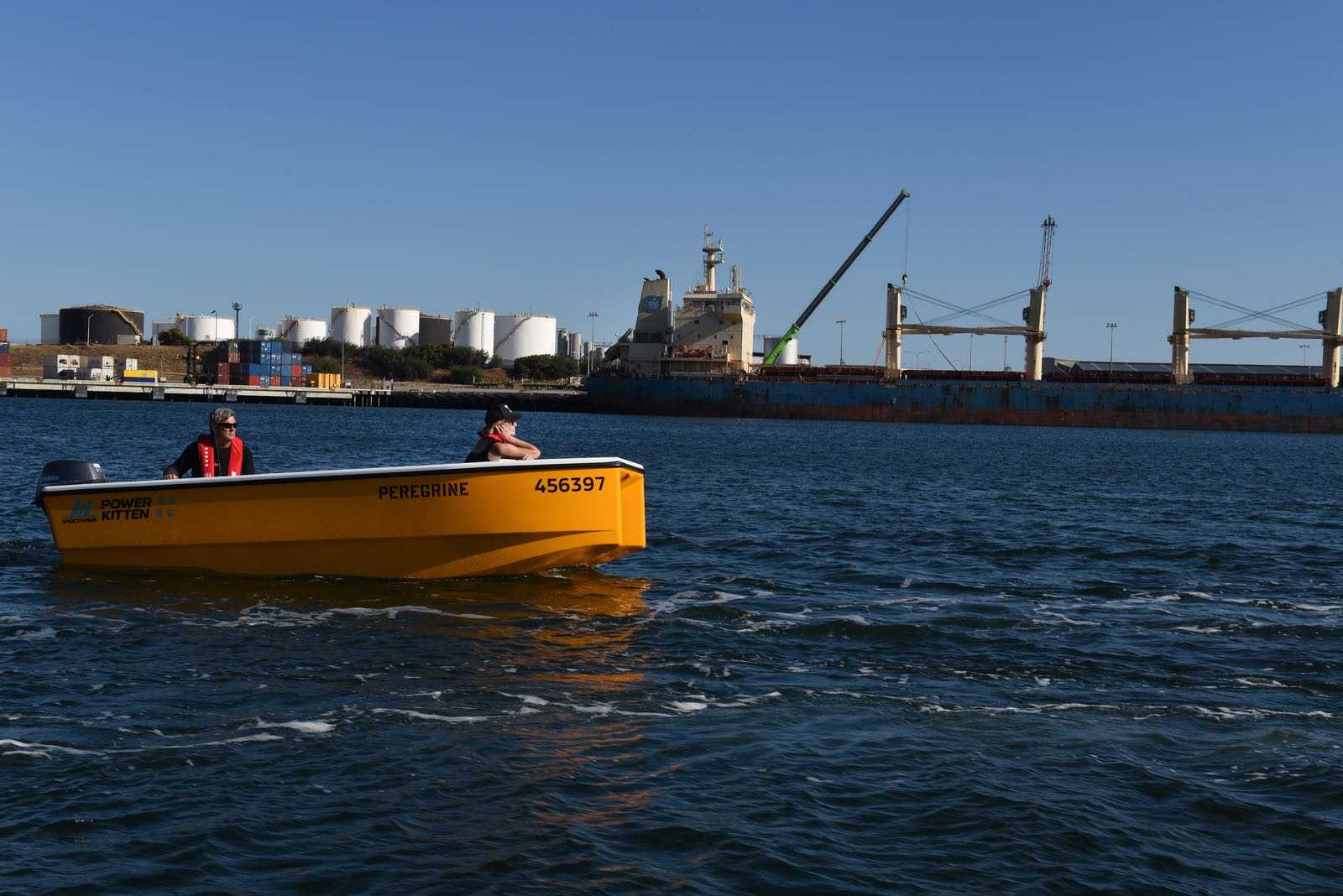 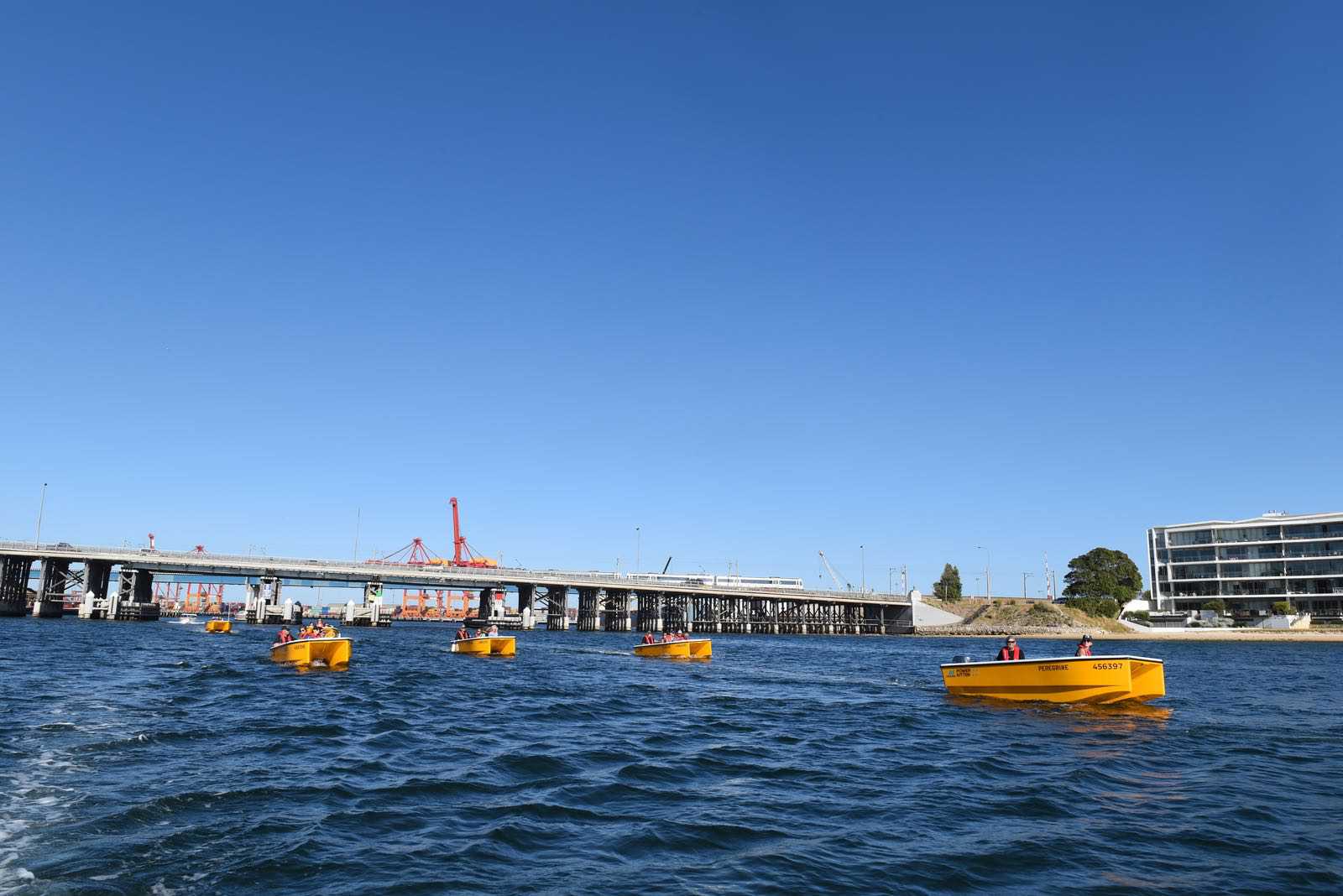 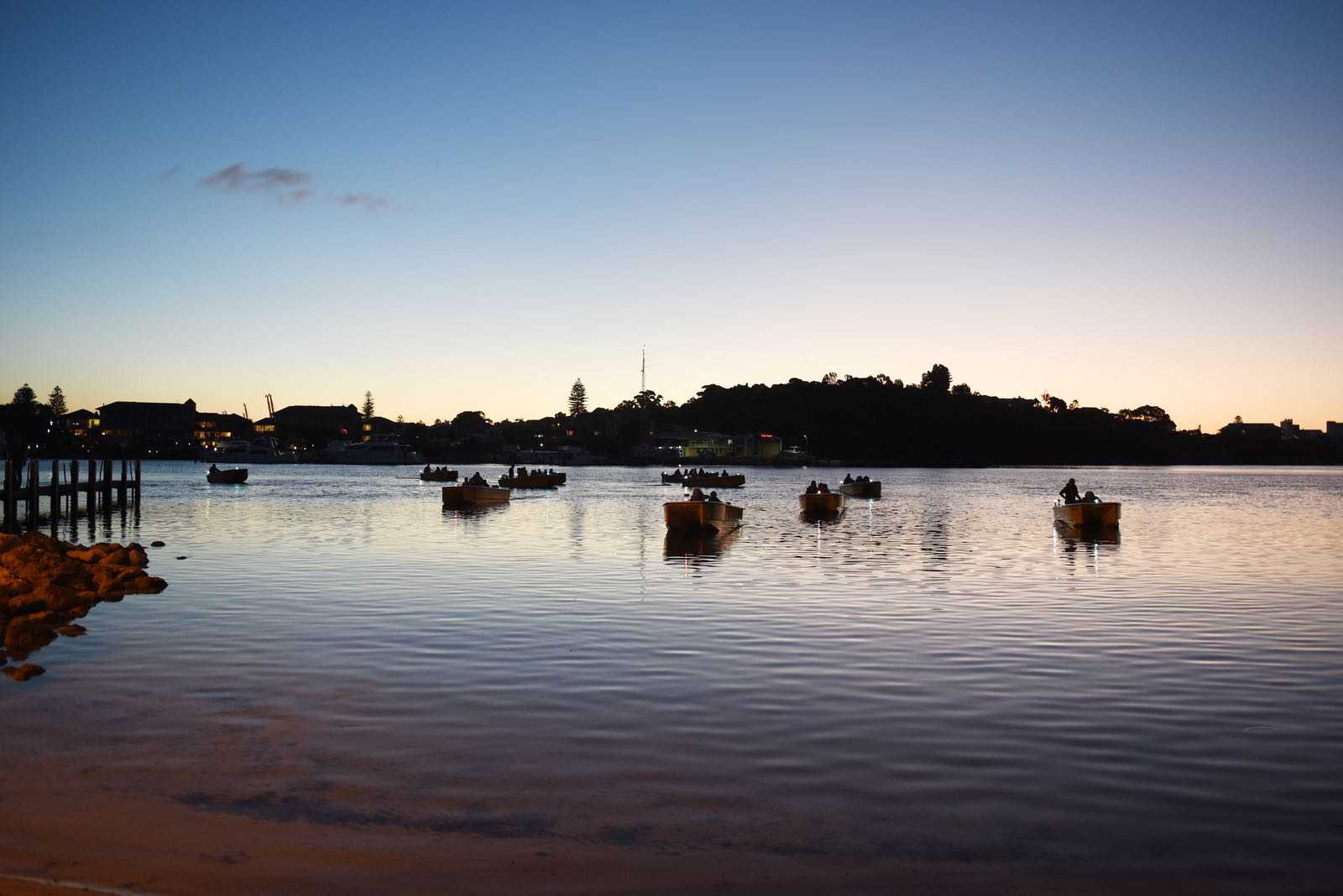 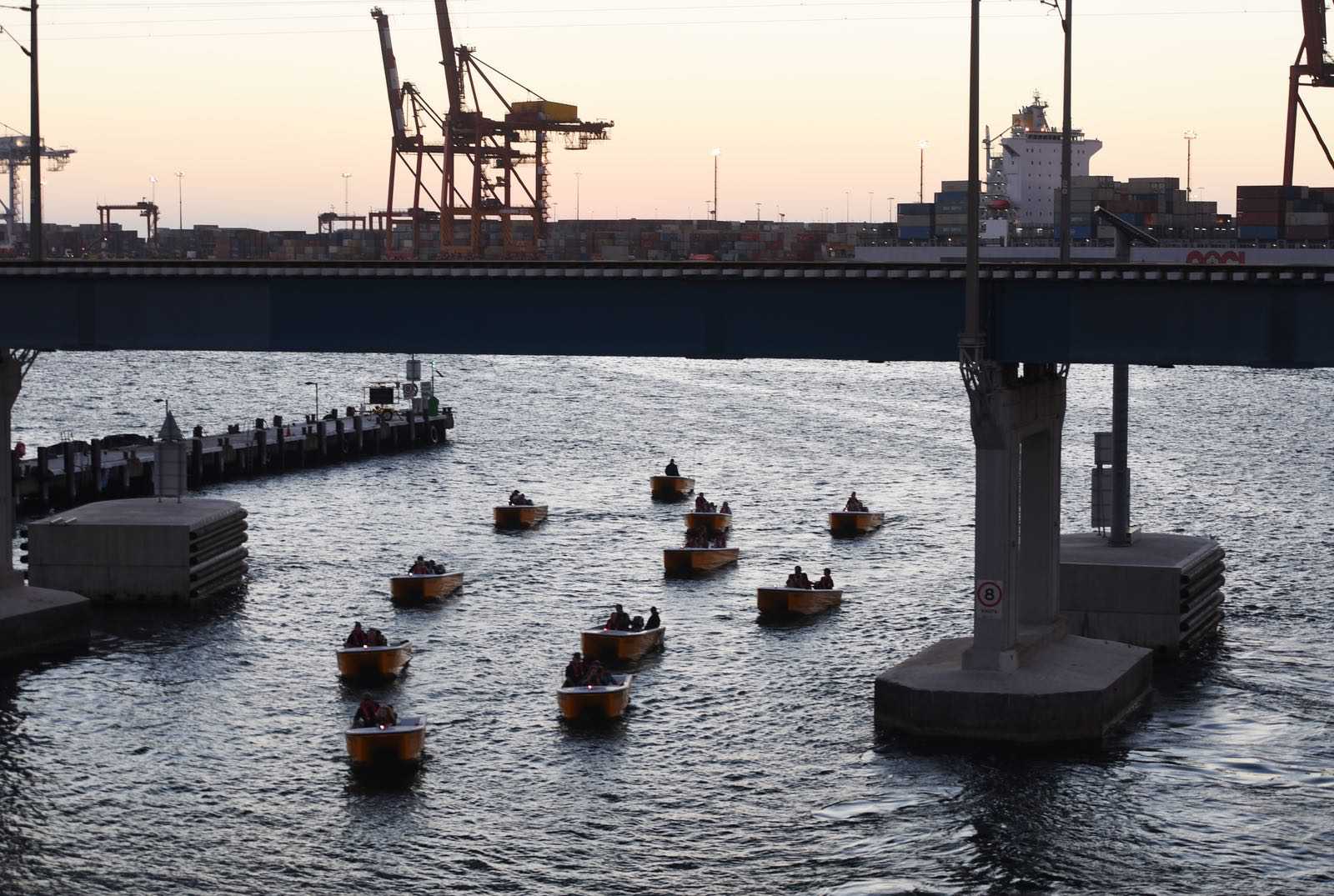 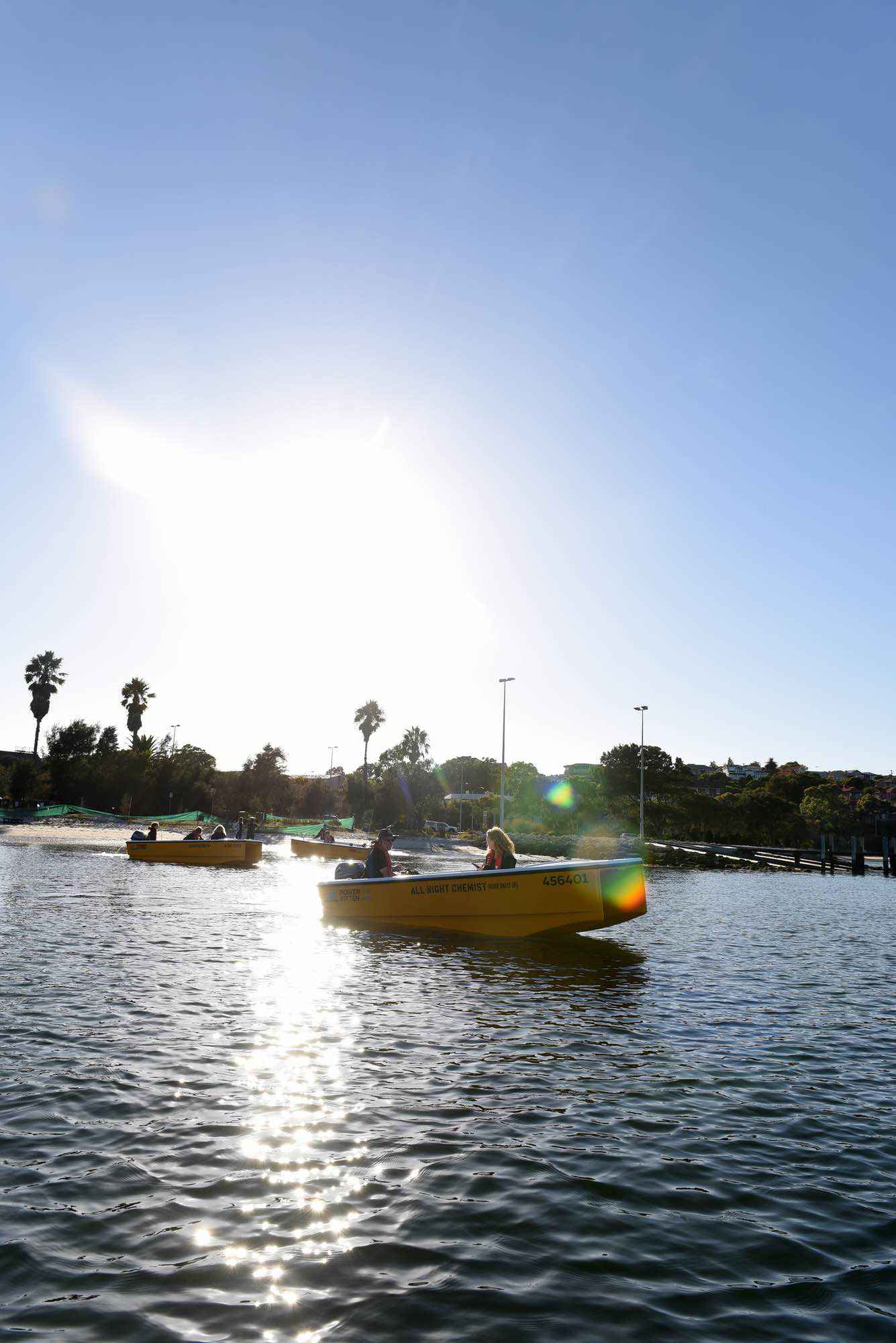 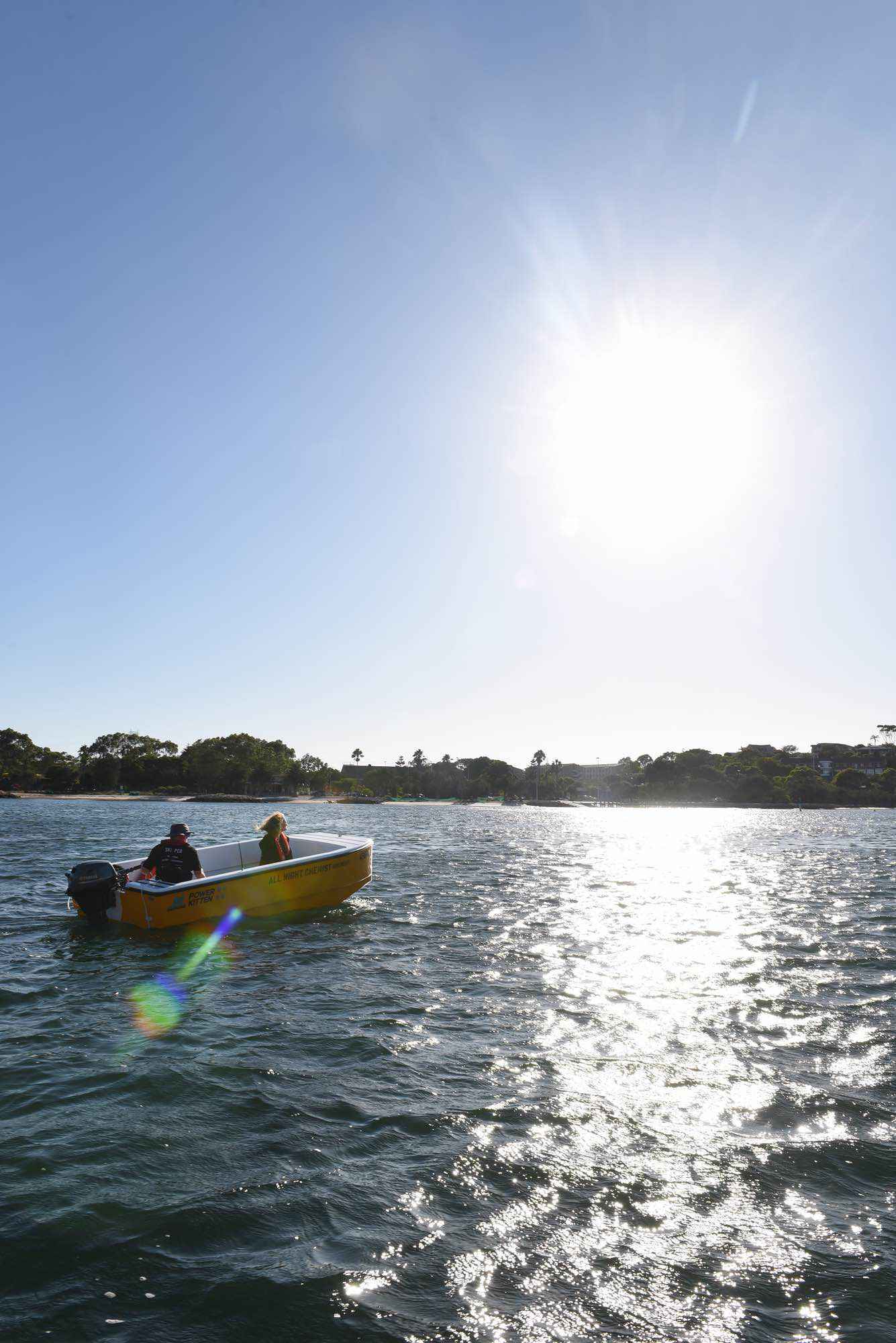 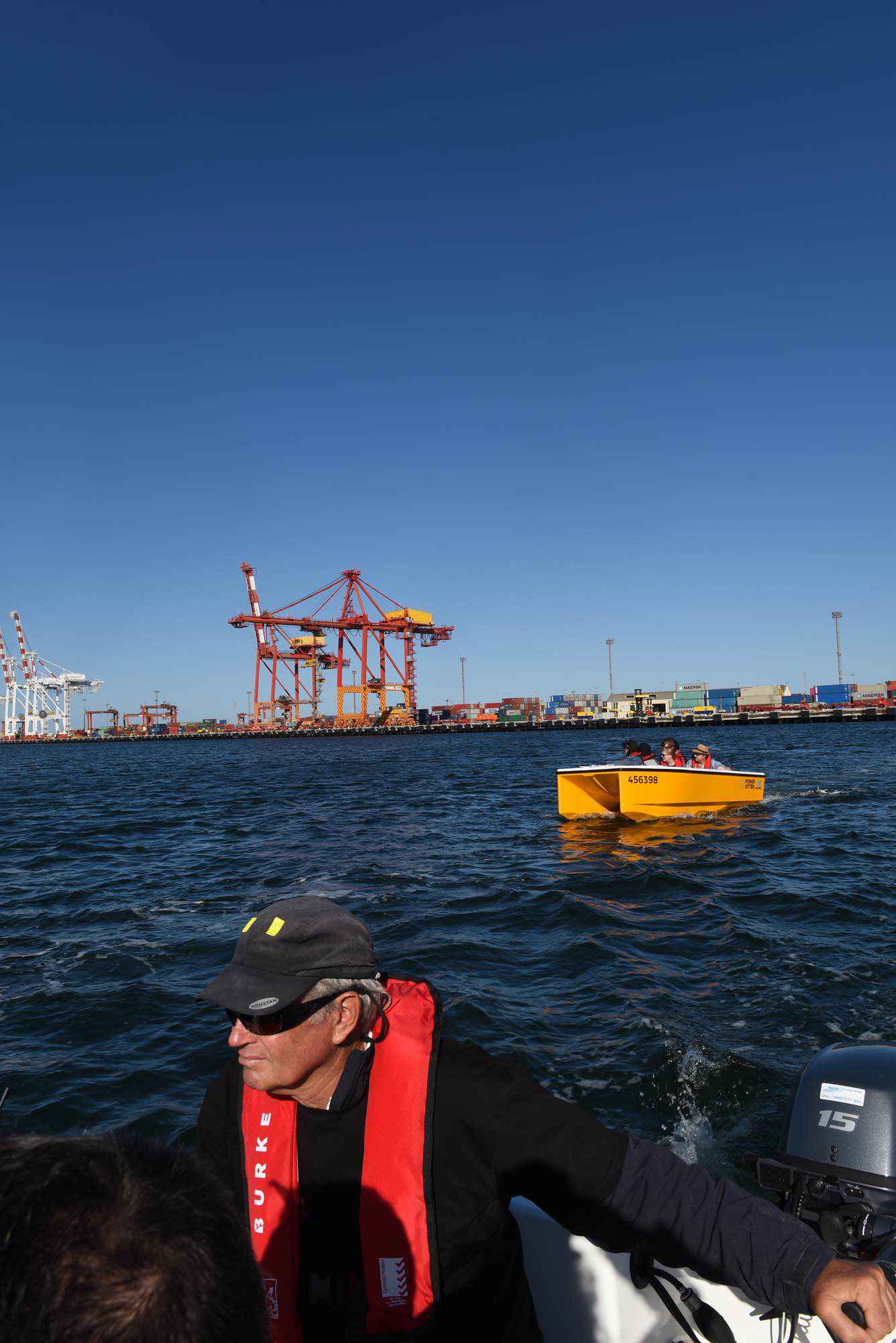 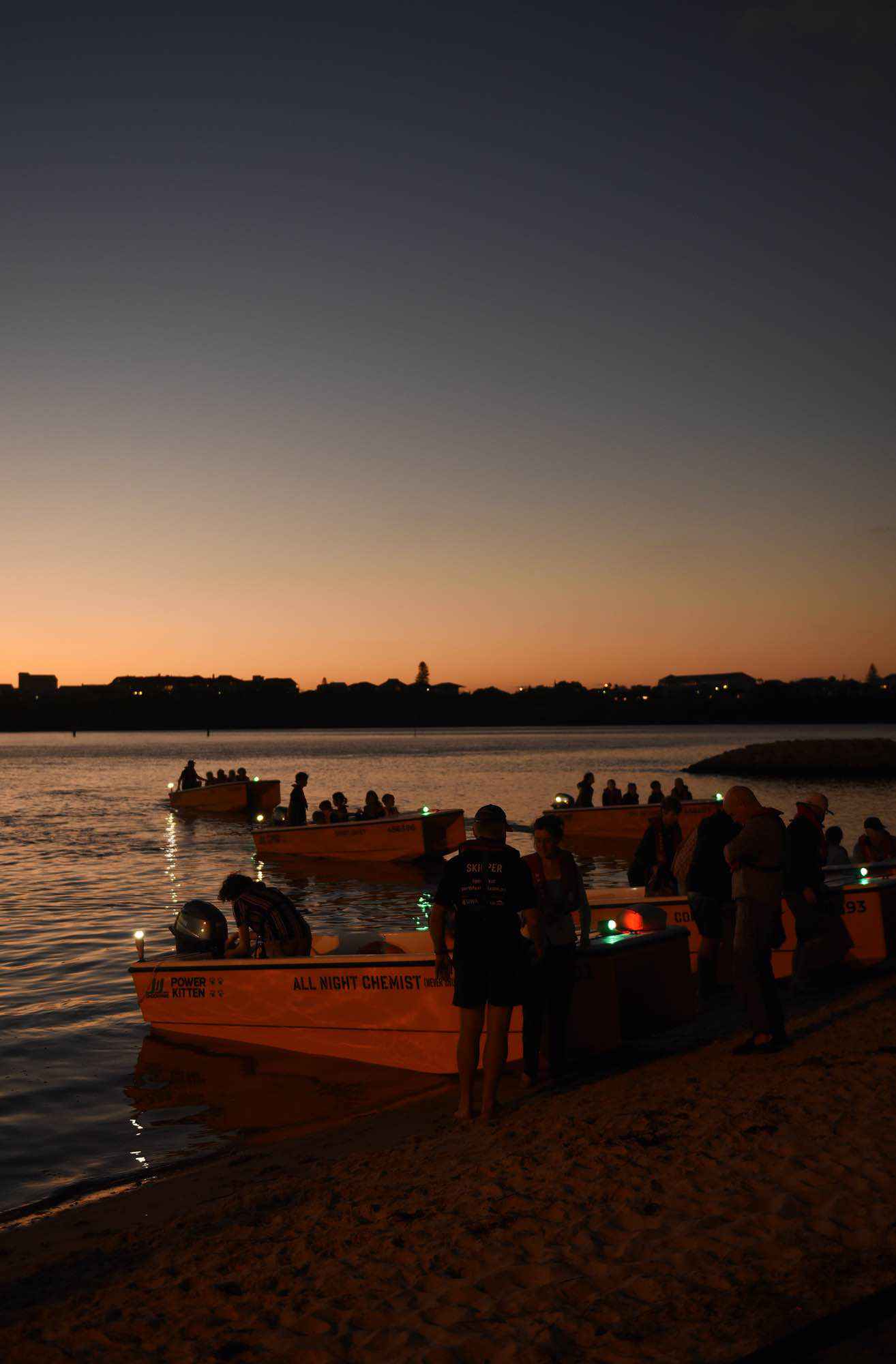 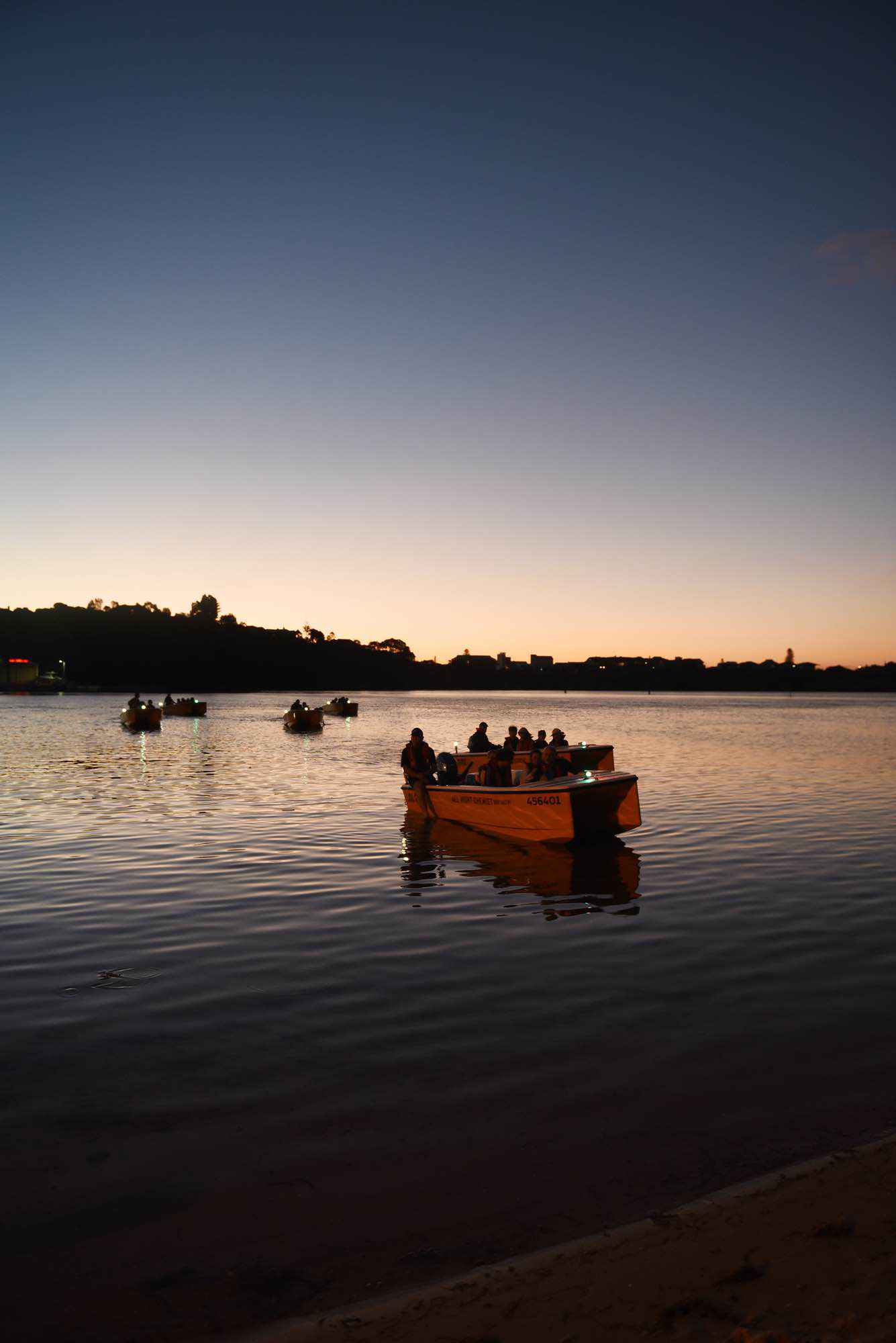