On Sunday 11 November 2018 at 2.30pm there will be a fantastic concert on at The Basilica of St Patrick in Fremantle – you can find all the details below for a fantastic afternoon out..

Pipe Organ Plus Concert Series 2018.
Concert 4 – For the Fallen – is the last concert for 2018 and is proudly supported by Perth Legacy
It’s on Sunday 11 November 2018 at 2.30pm at St Patrick’s Basilica at the corner Parry and Adelaide Streets, Fremantle.
FOR the Fallen will commemorate and honour the 100th anniversary of the Armistice of World War 1 in a concert of evocative poetry and music on Remembrance Day; Sunday November 11.
This last concert for 2018 was inspired by James Hagan’s desire to recite war poems accompanied by music.
The concert will open with a wreath laying ceremony by Perth Legacy and The Last Post by trumpeter Brent Grapes.
The poetry and music reflections for this concert are drawn from many countries to show that no matter where we come from, the effects of war are universal.
The concert includes music and poetry from United States of America, United Kingdom, Australia, Germany, Belgium, France, Italy and Russia as we move through an evocative concert program.
The concert will open dramatically with a performance of The Hollow Men (Vincent Persichetti by Brent Grapes (trumpet) and Dominic Perissinotto (pipe organ).  Originally written for trumpet and orchestra, the music is an evocative response to the poem of the same name by T S Eliot which will then be read by James Hagan.
The first half of the programme also includes music by Frederick Kelly, George Butterworth, Benjamin Britten, Joseph Jongen and Ralph Vaughan Williams and the poetry of Rupert Brooke. Ernst Stadler, Guillaume Apollinaire and Wilfred Owen’s famous Anthem for Doomed Youth.
After the interval the performers will resume their tribute to the anniversary of the Armistice of World War 1 with readings by Walt Whitman, Giuseppe Ungaretti, Anna Akhmatova, Vance Palmer and Laurence Binyon.
The programme will be interspersed with the music of Paul Hindemith, Marco Bossi, Johannes Brahms, and the final piece by Brenton Broadstock – At the Going Down of the Sun featuring the pipe organ and trumpet.
This final dramatic composition by Broadstock was commissioned for Dominic Perissinotto in 1994. The work takes its inspiration from the Returned and Services League Burial Ritual and features trumpet and pipe organ with trumpet passages reminiscent of The Last Post.
Free parking at St Patrick’s Basilica and in the grounds of the adjacent primary school.
Complementary refreshments served to all patrons.
Bring a cushion if you’d like – usually a good idea!
ONLINE TICKET LINK: www.trybooking.com/TATI
Tickets are available at the door (credit card and cash) Standard – $40 Concession -$35 Under 18 -$20

*We also have 2 tickets to give to a lucky FSN subscriber. So subscribe here now. Winner to be notified on Monday 5th November.

Artists performing are James Hagan (reader); Eva-Marie Middleton (soprano); Michael Heap (baritone); Brent Grapes (trumpet); Dominic Perissionotto (pipe organ).
“They shall grow not old as we that are left grow old,
Age shall not weary them nor the years condemn.
At the going down of the sun and in the morning,
We will remember them.” 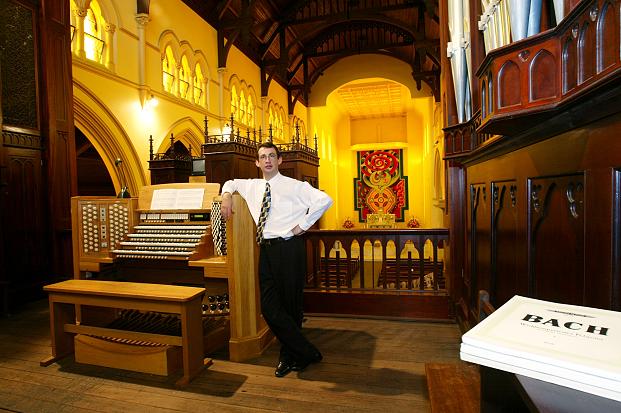