More than 200 Australian birds are now threatened with extinction

This article by Stephen Garnett, Charles Darwin University and Barry Baker, University of Tasmania deals with the increased threat of extinction of Australian birds, particularly as a result of climate change.

Up to 216 Australian birds are now threatened – compared with 195 a decade ago – and climate change is now the main driver pushing threatened birds closer to extinction, landmark new research has found.

The Mukarrthippi grasswren is now Australia’s most threatened bird, down to as few as two or three pairs. But 23 Australian birds became less threatened over the past decade, showing conservation actions can work.

The findings are contained in a new action plan released today. Last released in 2011, the action plan examines the extinction risk facing the almost 1,300 birds in Australia and its territories. We edited the book, written by more than 300 ornithologists. 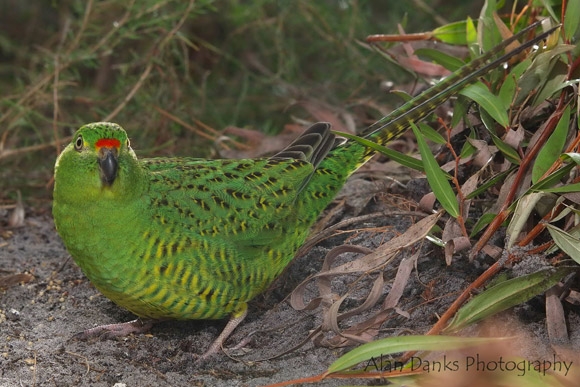 Without changes, many birds will continue to decline or be lost altogether. But when conservation action is well resourced and implemented, we can avoid these outcomes.

The numbers tell the story

The 216 Australian birds now at risk of extinction comprise:

We assessed the risk of extinction according to the categories and criteria set by the International Union for Conservation of Nature in its Red List of threatened species.

As the below graph shows, the picture of bird decline in Australia is not pretty – especially when compared to the global trend.

Birds are easily harmed by changes in their ecosystems, including introduced species, habitat loss, disturbance to breeding sites and bushfires. Often, birds face danger on many fronts. The southeastern glossy black cockatoo, for example, faces no less than 20 threats.

Introduced cats and foxes kill millions of birds each year and are considered a substantial extinction threat to 37 birds.

Land clearing and overgrazing are a serious cause of declines for 55 birds, including the swift parrot and diamond firetail. And there is now strong evidence climate change is driving declines in many bird species.

A good example is the Wet Tropics of far north Queensland. Monitoring at 1,970 sites over 17 years has shown the local populations of most mid- and high-elevation species has declined exactly as climate models predicted. Birds such as the fernwren and golden bowerbird are being eliminated from lower, cooler elevations as temperatures rise.

As a result, 17 upland rainforest birds are now listed as threatened – all due to climate change.

The Black Summer bushfires of 2019-20 – which were exacerbated by climate change – contributed to the listing of 27 birds as threatened.

We estimate that in just one day alone – January 6, 2020 – about half the population of all 16 bird species endemic or largely confined to Kangaroo Island were incinerated, including the tiny Kangaroo Island southern emu-wren.

Some 91 birds are threatened by droughts and heatwaves. They include what’s thought to be Australia’s rarest bird, the Mukarrthippi grasswren of central west New South Wales, where just two or three pairs survive.

Climate change is also pushing migratory shorebirds towards extinction. Of the 43 shorebirds that come to Australia after breeding in the Northern Hemisphere, 25 are now threatened. Coastal development in East Asia is contributing to the decline, destroying and degrading mudflat habitat where the birds stop to rest and eat.

But rising seas as a result of climate change are also consuming mudflats on the birds’ migration route, and the climate in the birds’ Arctic breeding grounds is changing faster than anywhere in the world.

The research shows declines in extinction risk for 23 Australian bird species. The southern cassowary, for example, no longer meets the criteria for being threatened. Land clearing ceased after its rainforest habitat was placed on the World Heritage list in 1988 and the population is now stable.

And on Macquarie Island, efforts to eradicate rabbits and rodents has led to a spectacular recovery in seabird numbers. The extinction risk of nine seabirds is now lower as a result.

There’s also been progress in reducing the bycatch of seabirds from fishing boats, although there is much work still to do.

The research also examined the impact of each threat to birds – from which we can measure progress in conservation action. For 136 species, we are alarmingly ignorant about how to reduce the threats – especially climate change.

Some 63% of important threats are being managed to a very limited extent or not at all. And management is high quality for just 10% of “high impact” threats. For most threats, the major impediments to progress is technical – we don’t yet know what to do. But a lack of money also constrains progress on about half the threats.

What’s more, there’s no effective monitoring of 30% of the threatened birds, and high-quality monitoring for only 27%.

Nevertheless, much has been achieved since the last action plan in 2010. We hope the new plan, and the actions it recommends, will mean the next report in 2030 paints a more positive picture for Australian birds.