Home 2021 November 30 Things are escalating at the port!

Things are escalating at the port!

While the Fremantle Passenger Terminal’s been quiet during Covid, Fremantle Ports has been quietly working away to get the heritage-listed building in top shape for when cruising returns to the Inner Harbour.

This Friday, it will finish work to replace the two escalators and pair of lifts, which were originally installed in the building for the stage 1 opening in December 1960 – a mere 61 years ago! 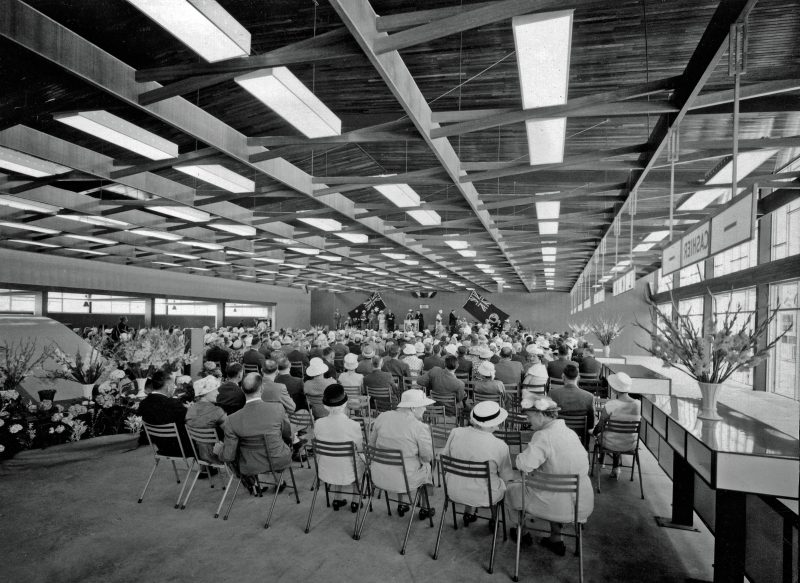 When the passenger terminal threw its doors open to handle the post-war immigration wave, the Otis escalators were, at 18.3m long, the largest in Western Australia and could handle 8000 people an hour. 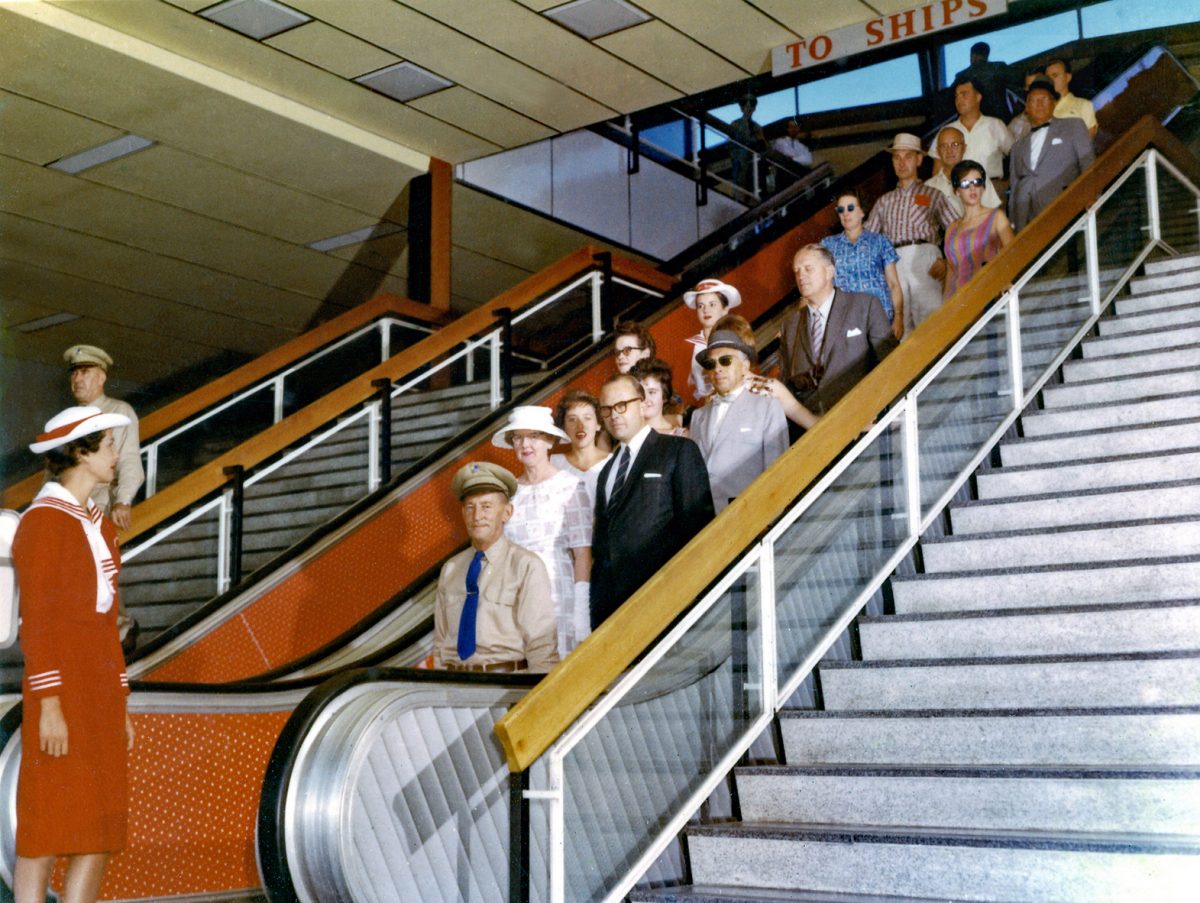 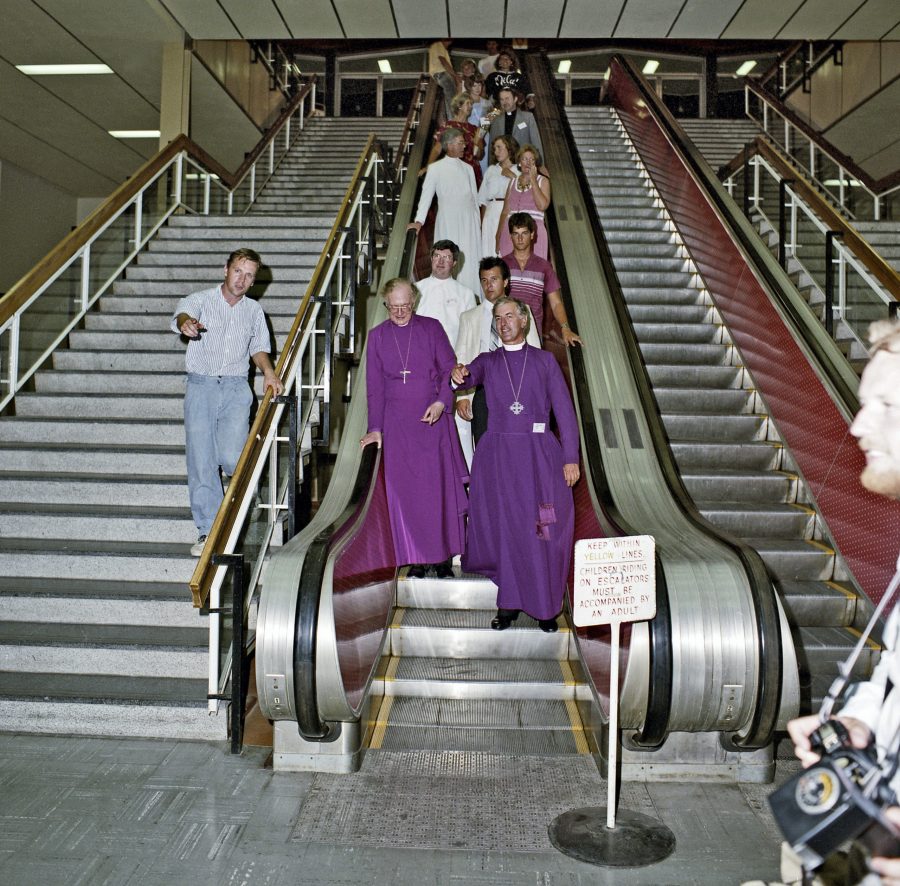 Is some ways even more exciting are these Artist’s impressions from 1959 of what the new Terminal would look like inside. 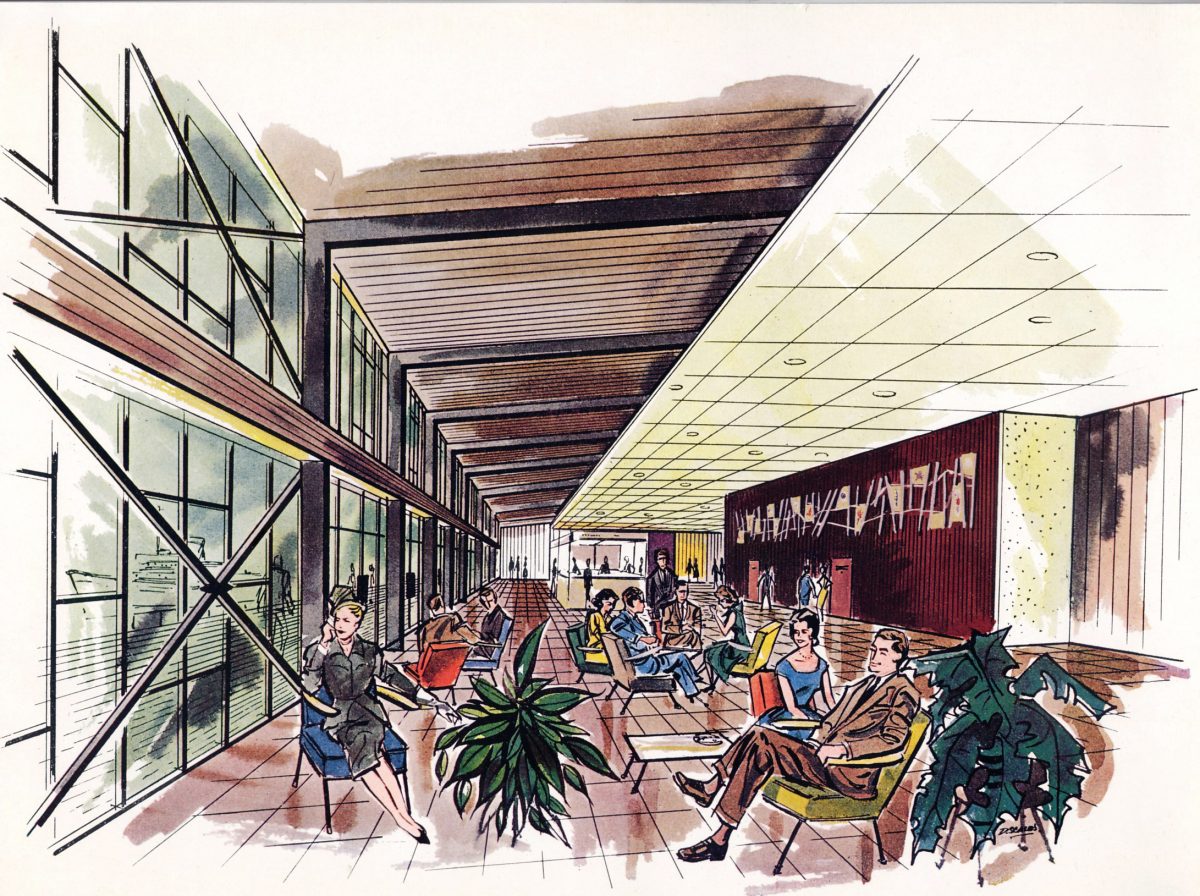 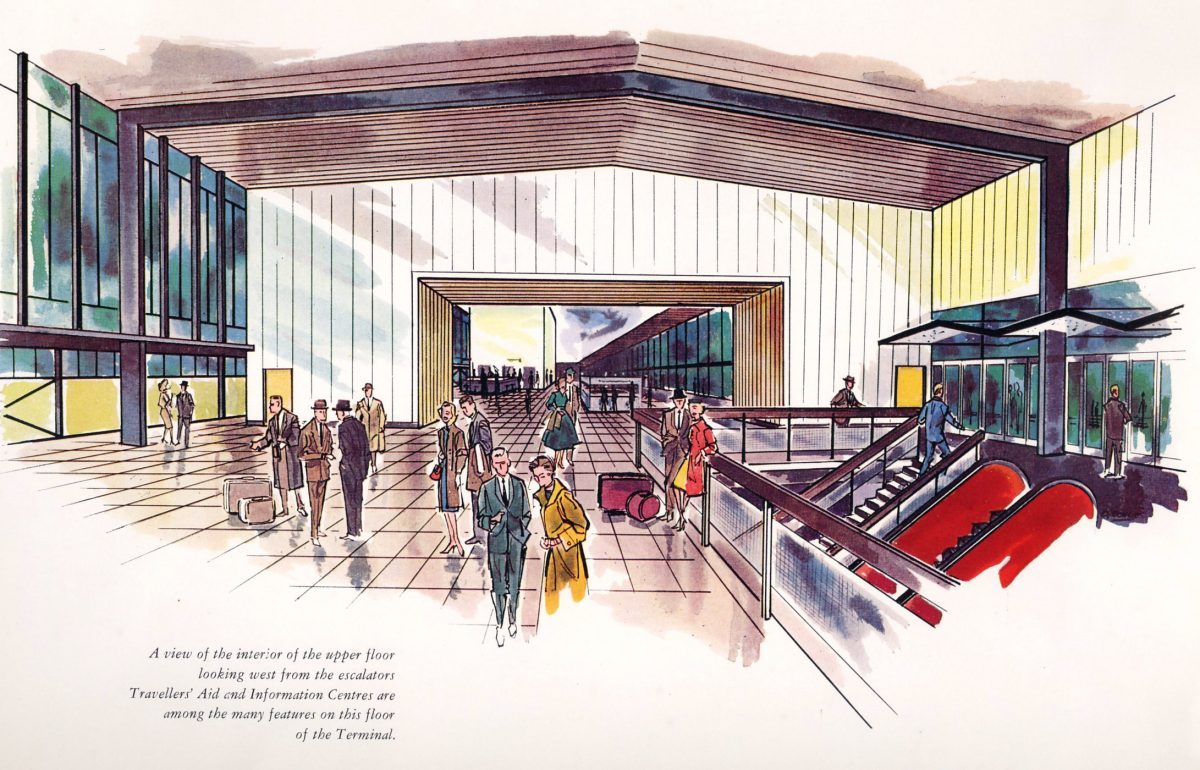 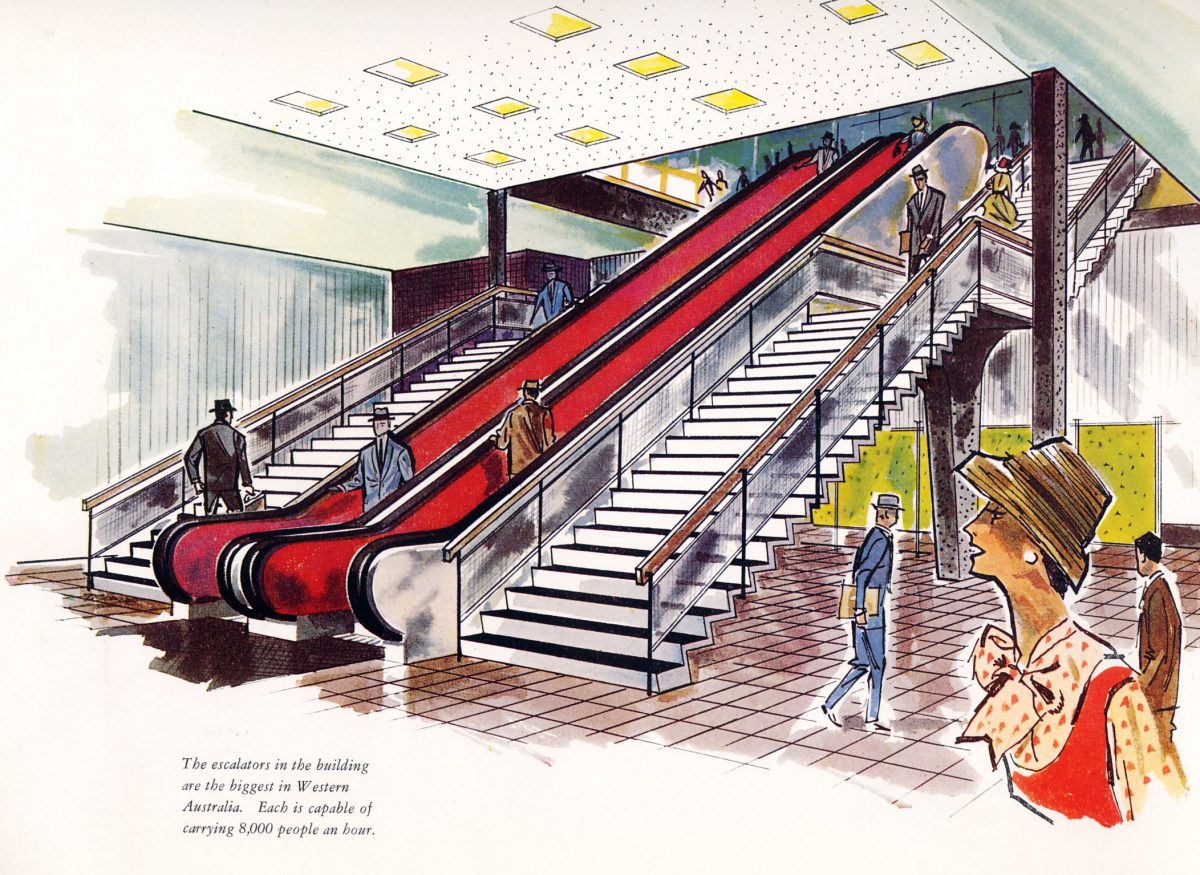 It was the biggest, newest, passenger terminal in Australia and could handle two ships at once, including the new, large P&O superliners Oriana and Canberra. At its peak in the mid-60s the terminal was handling 200,000 people a year, however by the mid-seventies cheaper air travel brought a close to the era of migration by sea.

Manager Corporate and Community Relations Neil Stanbury said while it was sad to see the lifts and escalators go, their time had come.

“The fact is, the escalators and lifts were worn out, the lifts no longer able to meet modern safety standards and spare parts impossible to get,” he said.

“When you think of the hundreds of thousands of passengers and visitors who rode them, they certainly got the job done efficiently. For many thousands of immigrants, Fremantle was their first contact with Australia and the place where they would have gained a lasting impression of their new home in what would have been for many, a vast, unknown country.”

The $1.4m replacement project began in April this year and was quite complex, involving crane and winch-lifting to remove the heavy old equipment. Not just that but, unfortunately, glass divider panels installed just four years had to be carefully lifted out, then put back again once the new escalators went in underneath.

“We found the new Schindler equipment was more compact and lighter. As an example, the old lift motors weighed 5.5 tonnes, compared with just 600kg for the new ones, yet are rated to handle the same loads. That’s a huge difference”, Neil added.

“We think Fremantle locals are going to be pleased when they see them.”

The works finish this Friday. Here’s a sneak peek of it all. 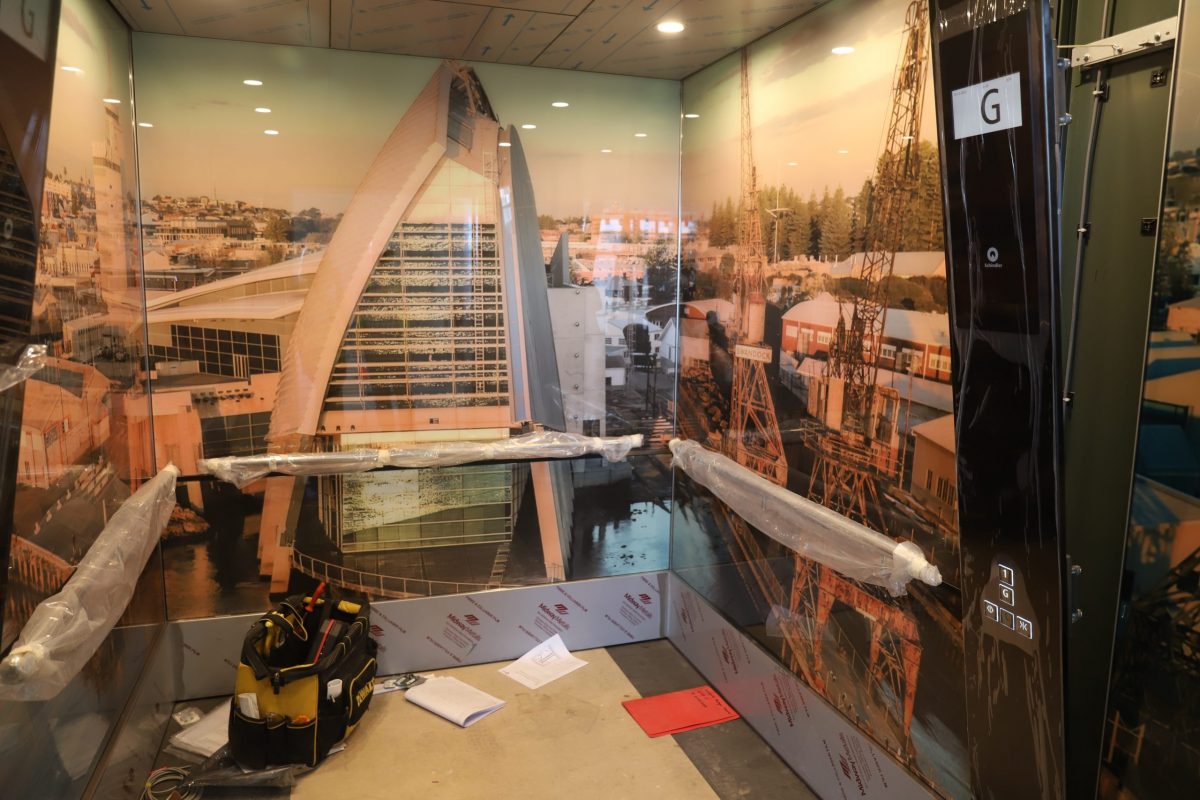 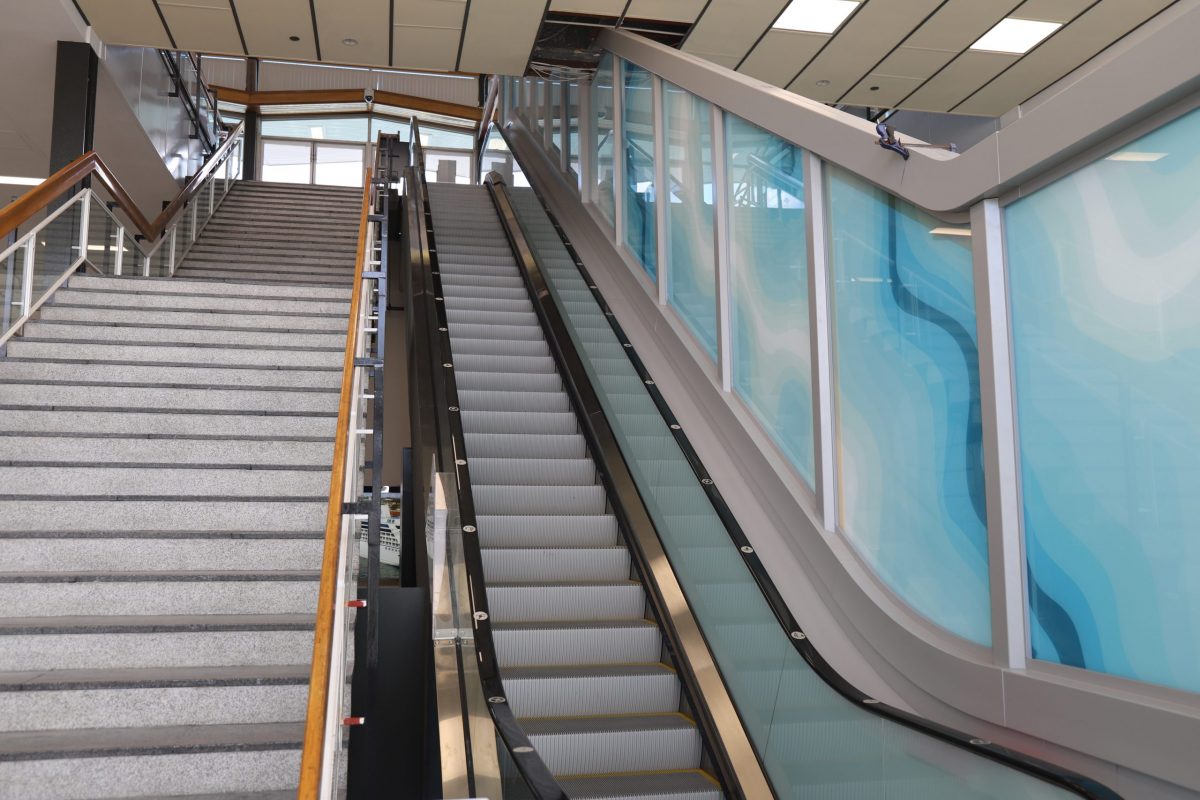 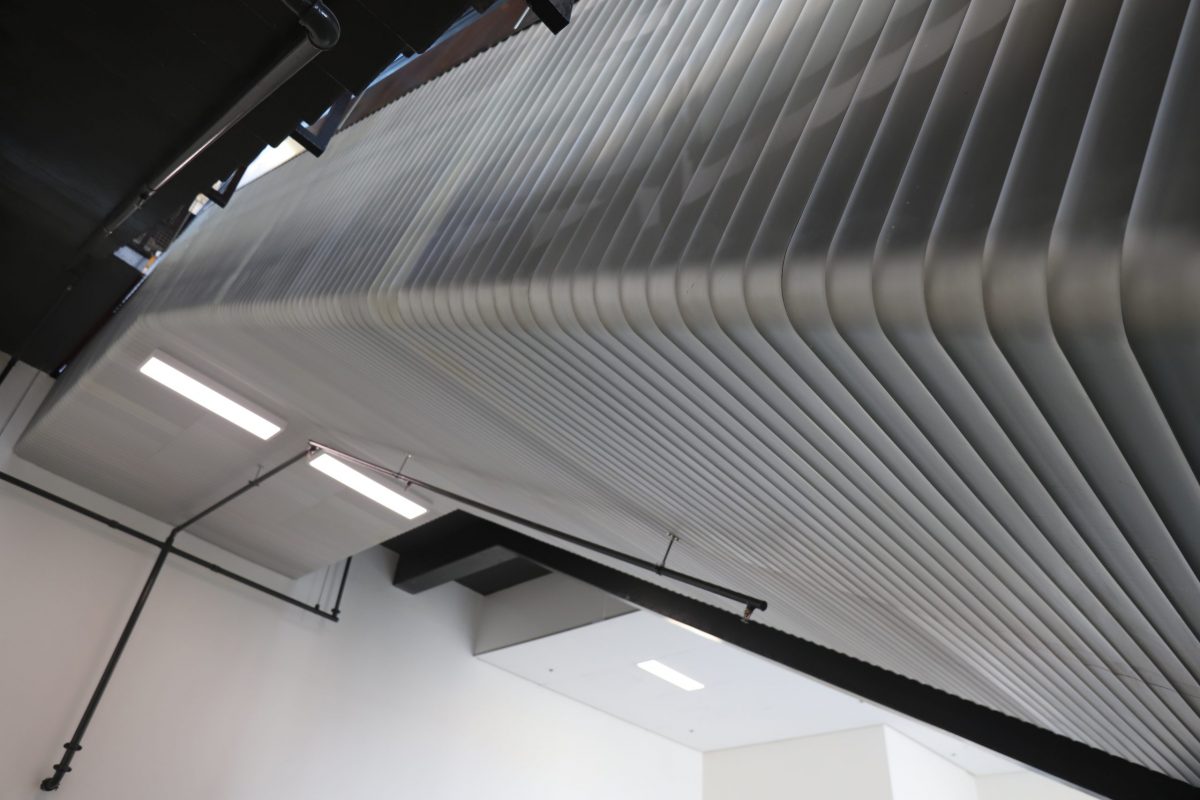 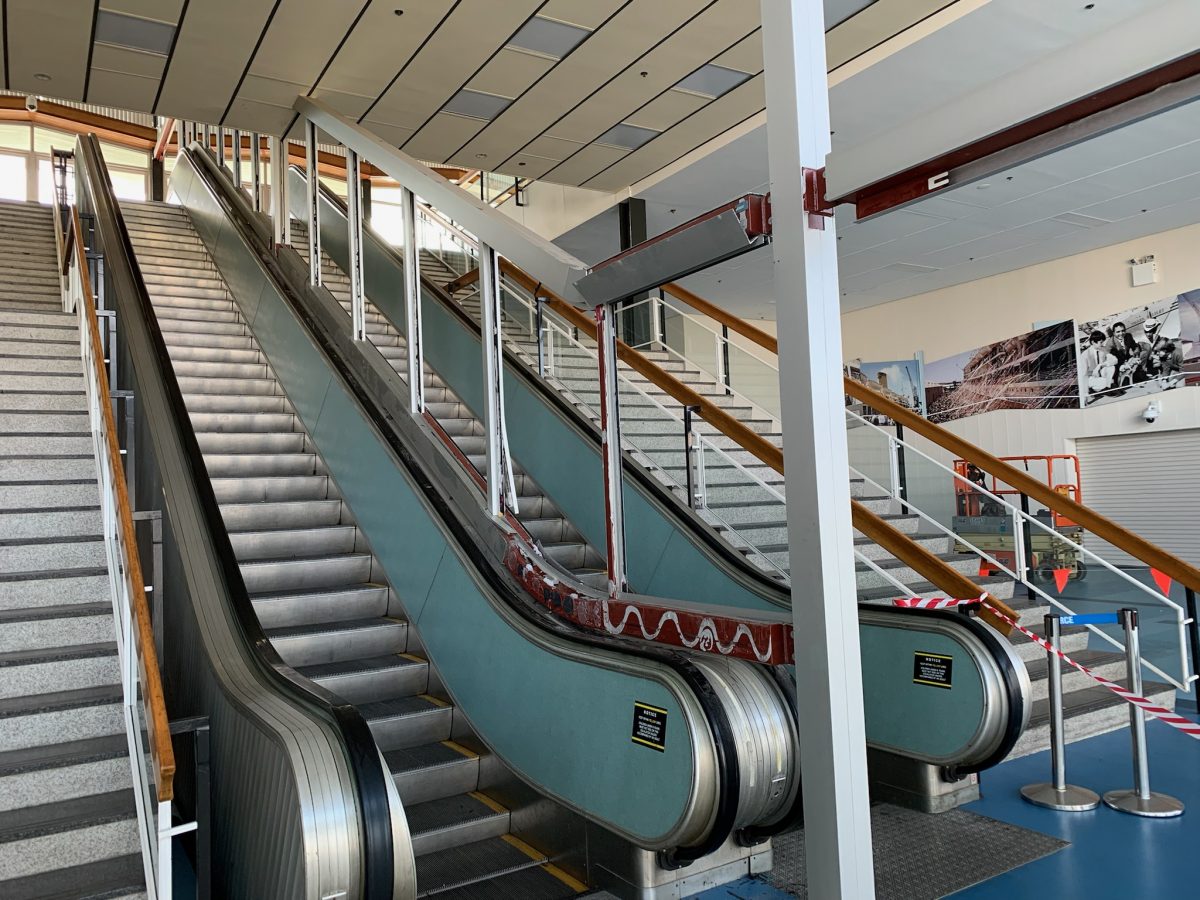 With the work complete, Fremantle Ports will be waiting to hear if the Australian Government plans to further extend the ban on cruise ships entering Australian ports beyond the current restriction to December 17.

“We may possibly see cruise ships return to Fremantle by the end of this coming season, which would be great for the local economy and – of course – cruise-lovers,” Neil said.

Fremantle generally welcomes about 40 cruise ships a year, though that number can fluctuate. In 2016-17, a bumper year saw 60 cruise ships in the harbour, with 150,000 passengers processed.

“Tourism Western Australia calculates the Fremantle cruise trade alone has an annual output of $188m, with wages totalling $56m and more than 700 full-time equivalent jobs resulting from cruising through our port. That’s impressive and we certainly understand why Fremantle businesspeople have a smile on their faces when cruise ships are in,” Neil said.

“And, of course, as Victoria Quay becomes more vibrant, we’ll see cruise passengers taking advantage of not just the city, but the harbour precinct itself.”

The passenger terminal was built in the Post War International architectural style and designed by Perth firm Hobbs, Winning and Leighton. While some think it unremarkable on the outside, the interior is stunning. 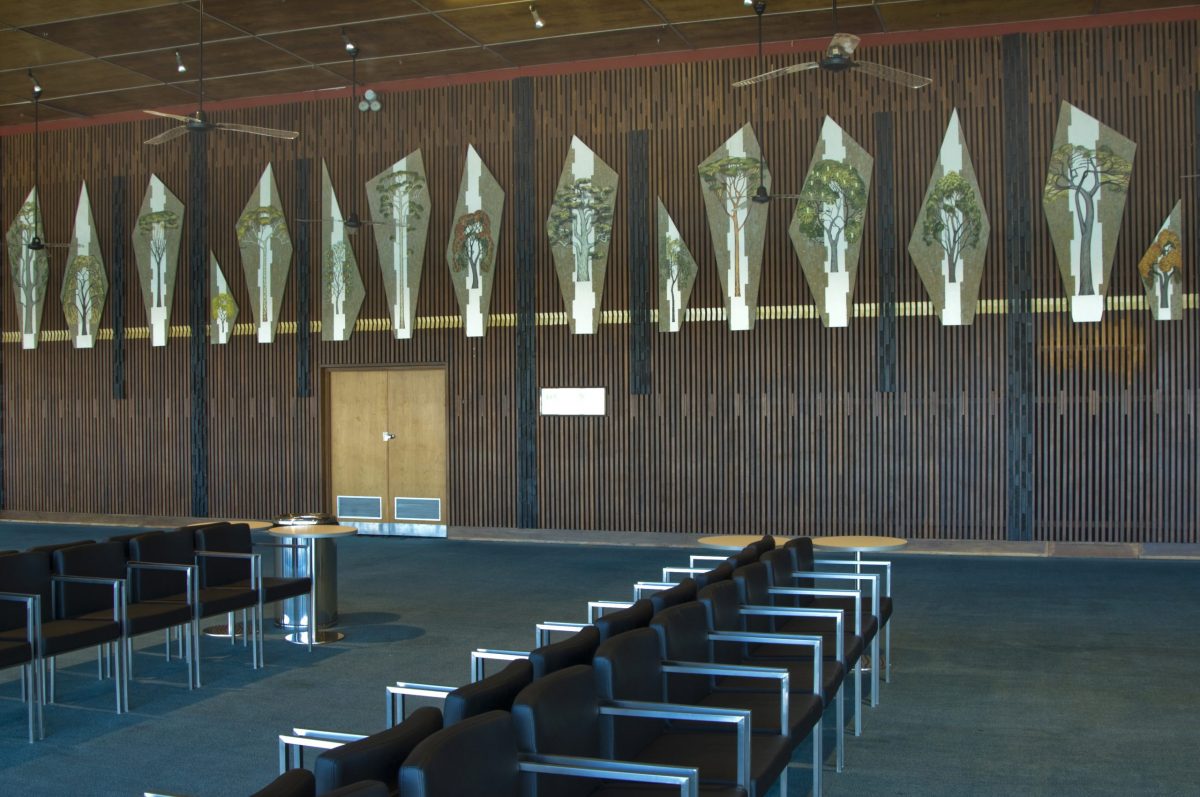 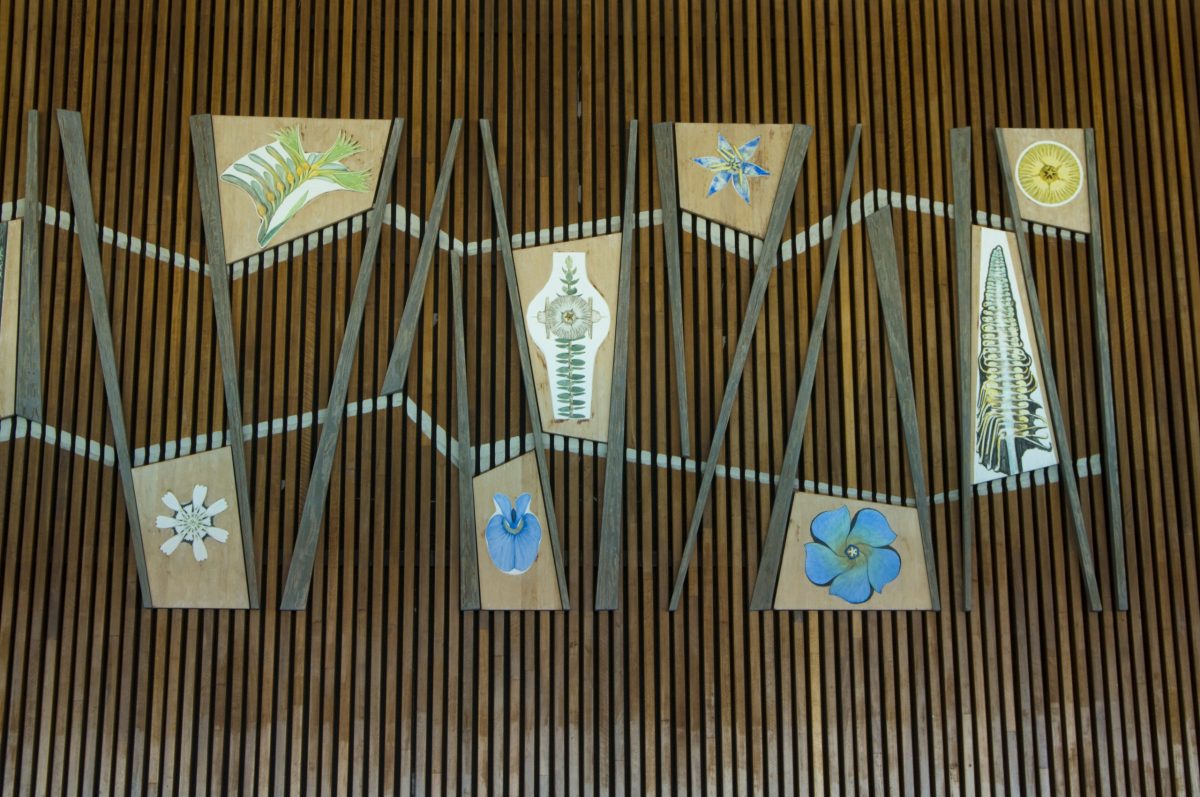 “The whole intent when it was built was to showcase Western Australian timbers, and the collection of Howard Taylor paintings of WA native wildflowers, trees and animals are a visual spectacle for those passing through,” Neil said.

* For history buffs, the first escalator (or ‘moving staircase’) in Western Australia was installed in Moore’s department store on Murray Street in 1929. It was a local sensation, with The Truth newspaper reporting at the time that it ‘opened up a new era in the progress of the West’. You can read about it here.