Accurately knowing tide movements in a working harbour is critical, as you can imagine. Depending on the size of vessels coming and going, they might find themselves too close to the bed of a harbour for comfort if the tide is out.

In this article Nicholas McMahon* explains how Fremantle has been measuring tides one way or another for a long time.

If you have ever had the privilege of passing through Fremantle’s remarkable Inner Harbour entrance, there’s a chance you will have spotted the tidal gauge, just as you are floating past the WA Maritime Museum at A Berth.

At first you might dismiss this white structure as just another nautical marking but there is more to it than meets the eye; it is a crucial tool with more history and purpose than you could possibly imagine. 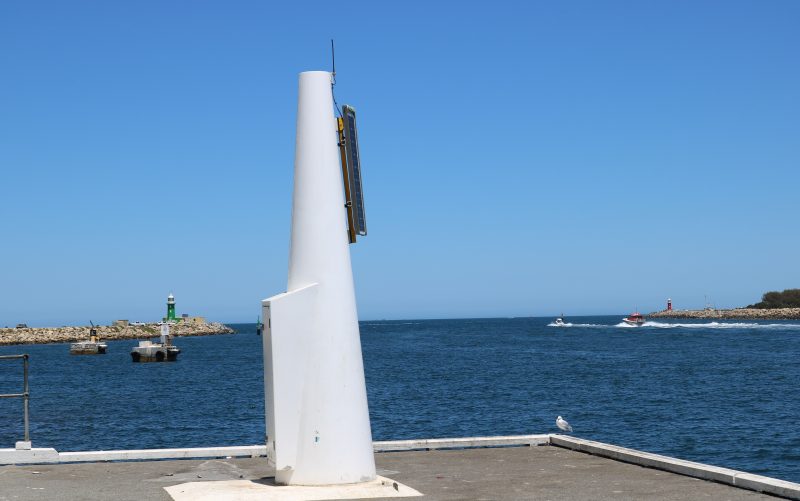 A Berth tide gauge with Port and Starboard lighthouses

Fremantle Ports’ tidal records commenced at the opening of the port in January 1897. Originally using a tide gauge located in A Shed, Fremantle Ports has since produced near-continuous monthly average data. 125 continuous years and counting!

This makes the Inner Harbour’s tide record the longest continuously recorded tide data for any location in the Indian Ocean basin and the second longest in southern hemisphere, pipped only by 11 years by Fort Denison in Sydney Harbour.

As it is one of the longest recorders of tidal measurement, the original gauge used was operating way before the technology the current gauge now uses was contemplated.

Before the digital age how could we possibly measure the water level?

Quite simply actually, we used an old-style counterweight system that floated up and down as the tide levels changed. This type of gauge was known as the Bailey Tide Gauge or ‘Bailey’ for short. 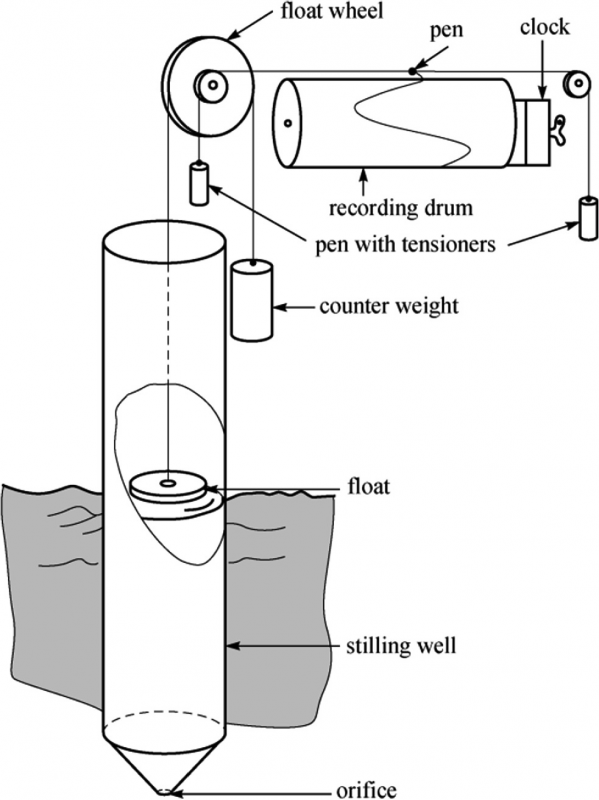 Bailey’s data was recorded by the zig-zagging lines of an inked tipped device that sat on a continuously running paper strip chart, as shown in the image above. The gauge needed to be checked weekly, rewound at least every 8 days, and the paper was collected once a month and mailed to headquarters for manual processing.

After acting as the primary tide gauge from 1896 to 1966, Bailey was replaced by a newer model the following year, in 1967. After the update the Fremantle Port Authority decided to keep Bailey active as a backup for data on the Leeuwin Current for the CSIRO.

After 94 years of service the Bailey Tide Gauge was retired by Fremantle Ports’s CEO Kerry Sanderson. Mrs Sanderson handed over the gauge to the former Sails of the Century Museum located in A Shed on 27 September 1990, and it is now in the WA Maritime Museum’s collection, though not currently on display. 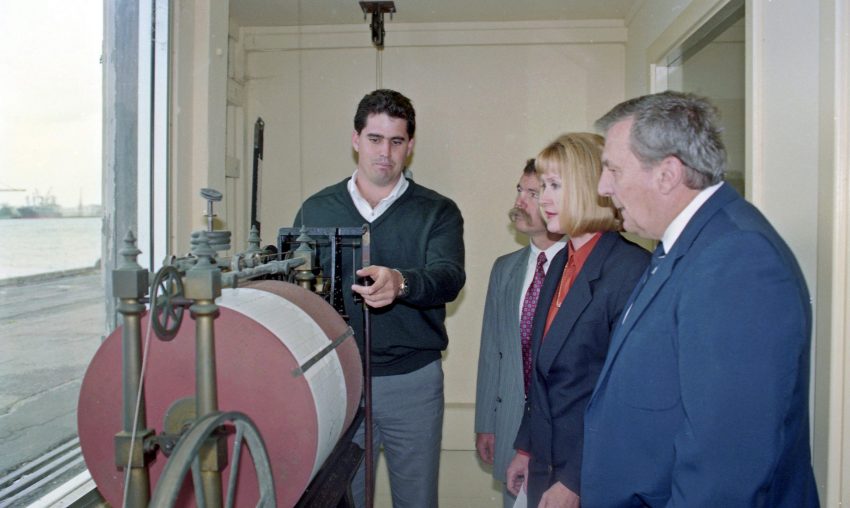 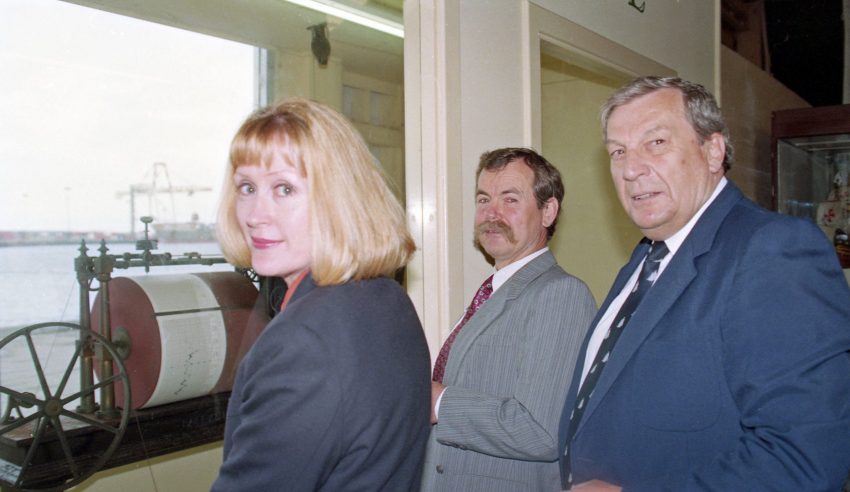 The current A Berth gauge was installed in 2007. This gauge is quite similar to the Bailey Tide Gauge in that it uses a still-well float system to measure tides. However, the modern era has seen the technology change from a pen and paper to a digital recording system. From 2007 to the start of 2021 this gauge was run from main power lines running all the way to the end of the port just for the gauge.

At the start of 2021 this was changed, as one small sustainability initiative by Fremantle Ports to transition it to solar power.

“I think with regular maintenance, this gauge is going to outlive me”, Jay said this month while oversighting the solar panel service. 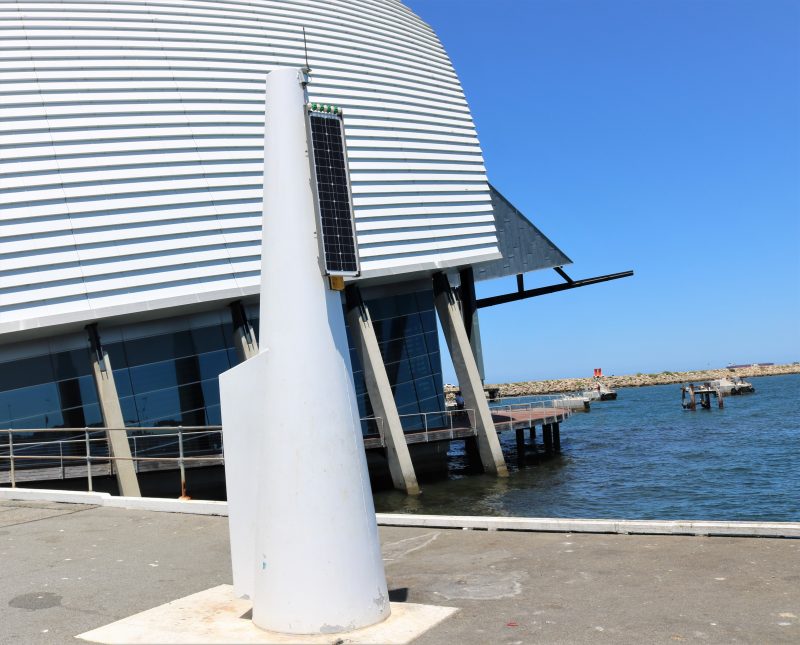 Jay said that the port’s contribution to the Bureau of Meteorology records beyond the current 125-year record was guaranteed, thanks to the installation and modernisation of a newer tide gauge. This data set is of high value to climate scientists around the world. 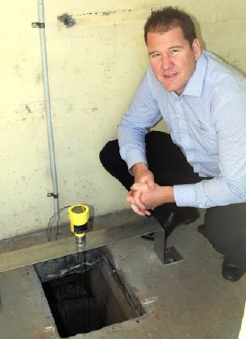 The A Berth tide gauge was supplemented in 2015 by another gauge in B Shed that uses a ‘stilling well’ from an old gauge that was decommissioned in 1967. A stilling well is a tube that extends below sea level and provides a perfectly level and still water surface.

This gauge was installed in conjunction with the Department of Transport. It used a downward-pointing radar that measures the exact distance to the changing water levels of the tide to give more accurate and responsive data.

2022 has seen this tide gauge receive a technological upgrade along with a relocation once more to beneath port apron (promande) at B Berth. 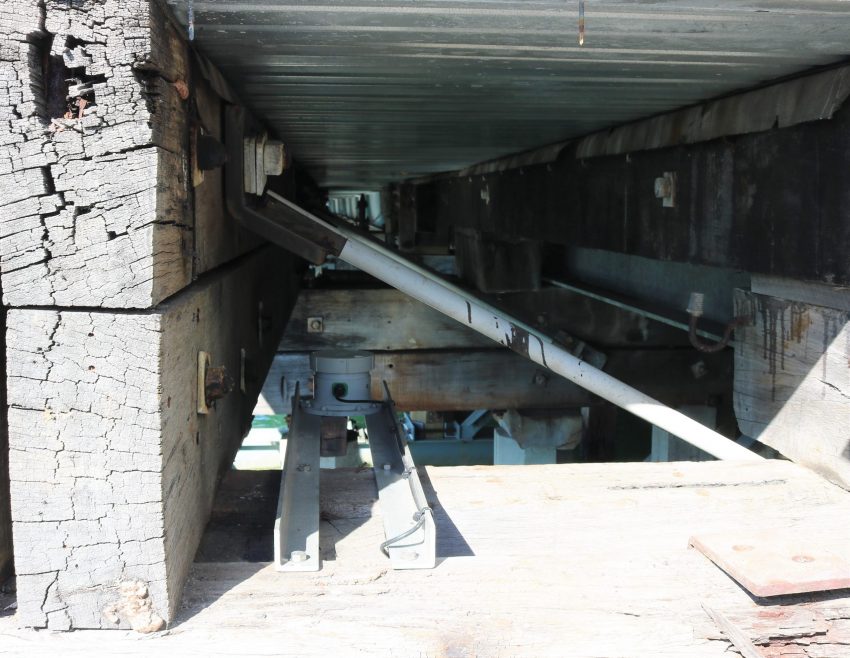 The new radar gauge installed in 2022 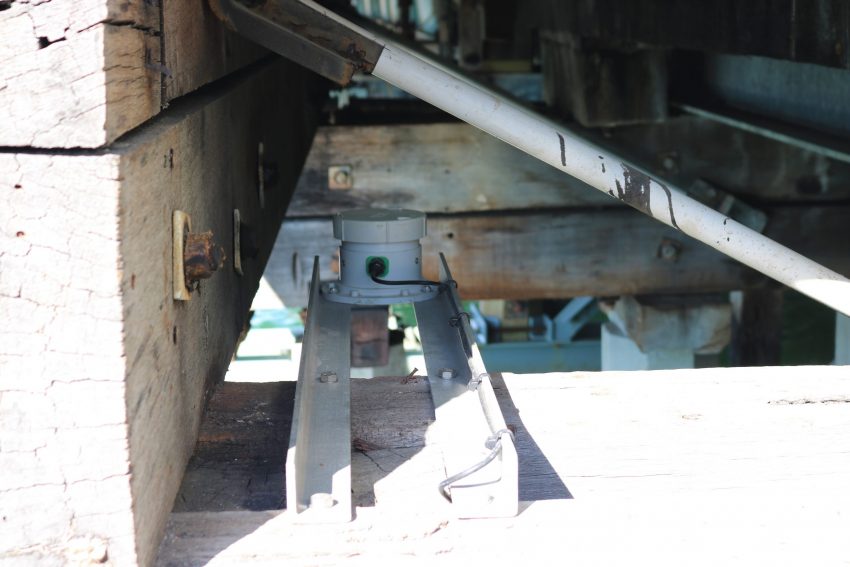 The new radar gauge installed in 2022

This gauge uses radar sensors to continuously measure the tide height by sending signals multiple times a second to the water’s surface then back to the gauge. An average measurement is sent via the internet for instantaneous readings and recording.

This new gauge is now the primary tide recorder for the Port of Fremantle.

Similar to the Bailey Tide Gauge the A Berth gauge is still in operation and acts a backup recorder. Having a reliable backup is essential as any recording faults that result in no tide records can be problematic to the busy working port that Fremantle Port is.

The Inner Harbour’s main tide gauge is one of 28 gauges scattered along the coastline from Esperance all the way to Wyndham which is the northernmost town in the Kimberley region of the State. 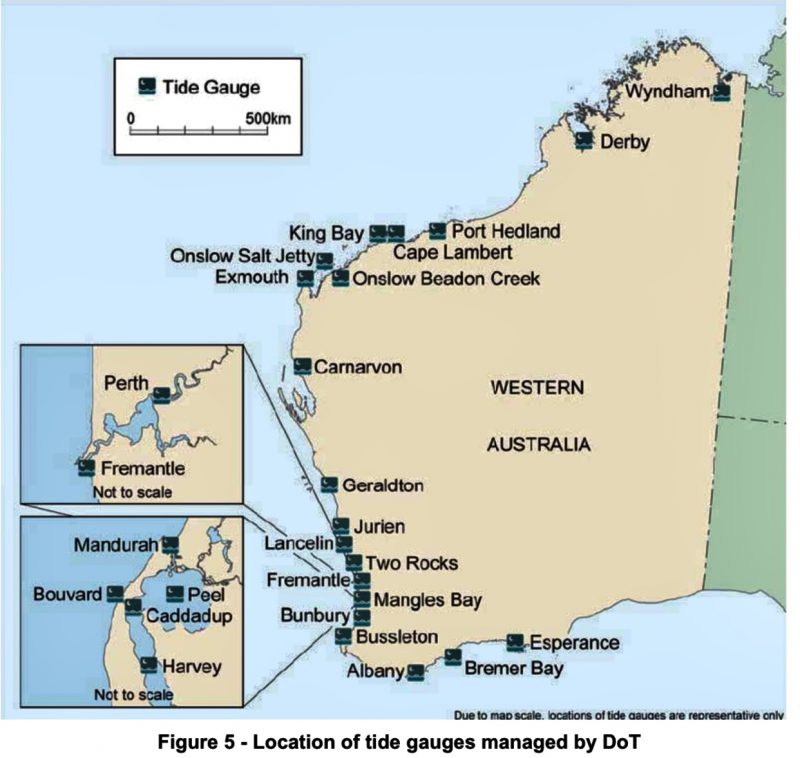 Locations of all 28 tide gauges along the Western Australian coast

“Tide records are used for mean sea-level calculations and observations, for under-keel clearances, bringing in ships and providing information to pilots, for hydrographic surveying and the sweep-bar program, dredging and more,” Jay Illingworth also explained

“We send monthly reports to the National Tide Unit (an agency within the Bureau of Meteorology), which does all the analysis and is now incorporated into the State network of tide gauges”.

In 1994 Fremantle was the first port in the world to use Dynamic Under Keel Clearance technology for container ships, to maximise the efficiency of ship movements. Now used around the world this Australian technology is valuable in terms of enhancing ships scheduling and providing exact information about the depth of the water beneath ships in the channel and at berth. DUKC means the port and shippers can calculate to a high degree of precision the window of time that ships are able to transit and also maximise cargo-loading.
These days, every centimetre counts in terms of ship turnaround and that translates to efficiency, dollars, and customer satisfaction, shipping companies save millions of dollars a year by being able to optimise their loads at Fremantle.

Accurately knowing tide movements in a working harbour is critical. The rise and fall of the tide in Fremantle is normally around 0.5m but can range to over 1.0m during spring tides, just after a ‘full’ or ‘new’ moon. The Inner Harbour has a depth of 14.7m at its deepest, whereas Victoria Quay on the southern side of the harbour was dredged to 11.0m. RORO vessels which berth on Victoria Quay draw less than the large container ships.

Operators need to know the exact depth of the harbour at any time to allow for the safe transit of ships, especially when there is sometimes as little as 25 centimetres between a 300-metre-plus container ship’s keel and the harbour floor.

So, there you have it!

Next time you are coming through the harbour or walking down past Gage Roads brewery on A Berth, take a better look at the tide gauge. It might not look like much, and it might be running as the second-string recorder, but appreciate how iconic, historic, and truly important it is.

It is a visual reminder of the data recorded 125 years in the past and hopefully another 125 years into the future. The longevity of tide records here is not just something just celebrated by Fremantle Ports but also by the wider maritime community.