Recommend_Ted – Fremantle, City of the Arts

Over the past three decades Ted Snell has contributed to the national arts agenda as a Gallery Director, curator, author and a commentator on the arts for ABC radio and television. He is currently Honorary Professor, School of Arts & Humanities Edith Cowan University

This is the first in a series of articles that will identify key cultural sites that currently remain unacknowledged or, while documented, remain too little known by locals and visitors. Sites such as the homes of PRAXIS, the dynamic art collective that brough vibrancy to the City in the early eighties, and the dwellings of significant visual artists, both living and deceased. We do celebrate some of our leading literary figures with stele along High Street, Joan Campbell’s studio on Bather’s Beach has a plaque, but so many more – including Kate O’Connor’s studio in High Street – should be celebrated as part of the City’s rich cultural history. Please offer your own suggestions of sites that deserved our attention and respect.

Kathleen O’Connor reluctantly arrived back in Perth in 1948. She had been forced to relocate to London during the Second World War, and returning home at the age of 72 to begin again in a small outpost of Empire far removed from the cultural hub of Paris was not an ideal outcome. 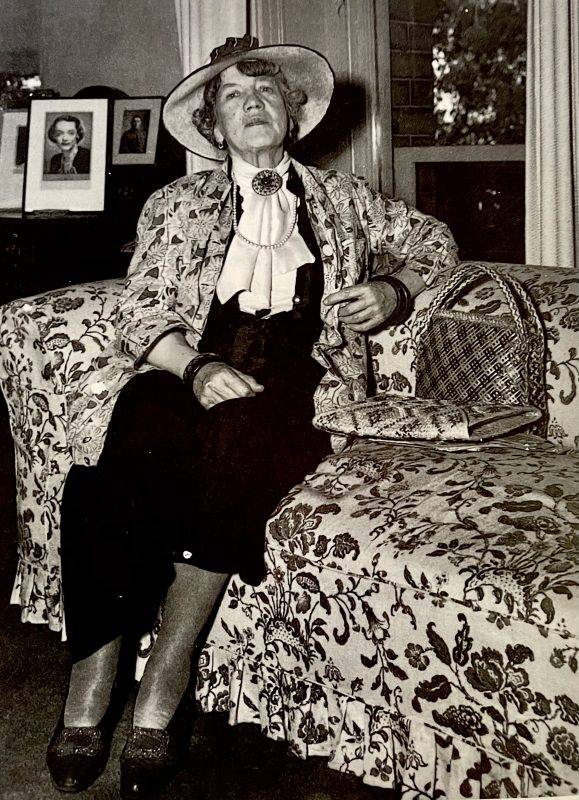 Her mood was exacerbated by a fracas with Customs, that forced her to cull through the paintings she had brought back with her to avoid paying duty she could not afford.

Once settled, she moved into a studio at 40 High Street Fremantle and began work. 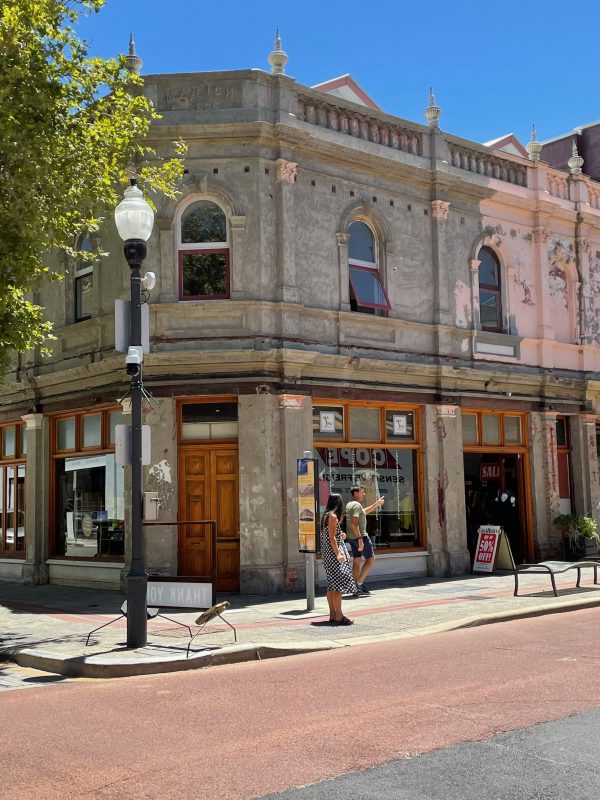 Of course, if this was London, or Berlin or Paris that fact would be emblazoned across a doorway or set within a wall or embedded in the pavement. Cities proud of their cultural heritage and aware of the tourist potential of such respect showcase their cities as hubs of creative energy. But not in Fremantle.

Kate’s presence in that studio is unknown to the clientele that visit New Edition bookshop (where they could buy Amanda Curtin’s wonderful book, ‘Kathleen O’Connor of Paris, which we reviewed here) or the Notre Dame students that daily pass by, the locals and visitors alike.

When she first moved into the studio she began to rework several of the paintings she had brought with her, paintings like ‘The Picnic’ (1945-49). The city was a merely a base to work from, not a source of imagery to paint; ‘I don’t paint landscapes. I don’t think the harbour would be a good subject for a painting’”, she said, “You must put ships in paintings of harbours – and I’ve never painted a ship which looked like a ship”.

However, the sunflowers she encountered as she walked down the hill from her flat at 15 Mary Street (now Solomon Street and another site we should celebrate with an acknowledging plaque), were one element of the local visual environment that did attract.

We can imagine Kate, dressed in her Parisian finery, traipsing through the heat of a summer’s morning on her way to the studio, wishing she was in Paris, ignoring the slow rumble of the hamlet of Fremantle. Then, from the corner of her eye she must have seen the robust Sunflowers, faces to the sun, proud and resilient. In a moment of solidarity, she gathered up the glorious blooms and carried them up the stairs and into the small room that faced High Street. Arranged in a bulbous ceramic pot she documents their slow wilting until they bowed their heads in acquiescence. 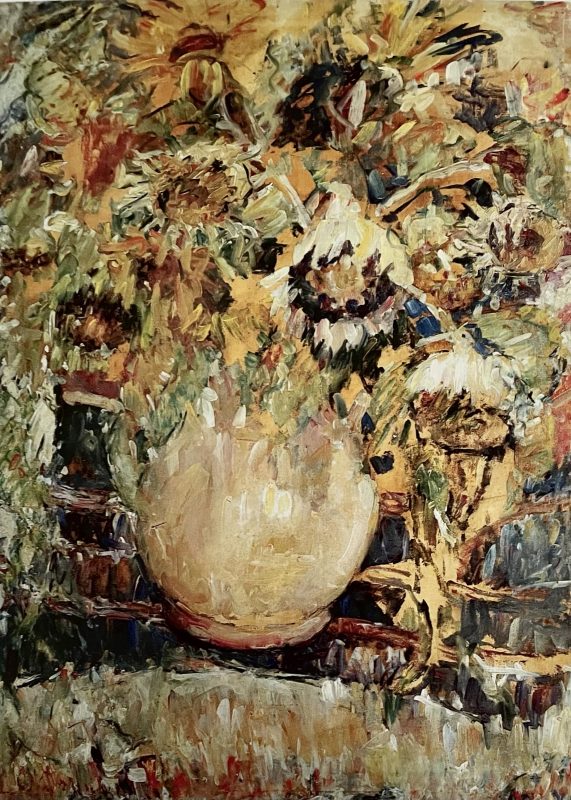 ‘Faded Sunflowers’ – started in 1949 and completed three years later in 1951, before she returned to Paris – was the result. Did she empathise, was she also bowed down by circumstance or did their stoic presence provide comfort? Imbued with her own narrative, the painting also beautifully documents her pictorial interests. The centre of her study is precise, the edges are crisp, the brush marks in partnership succinctly describe the shapes of each flower. But further from the centre, the brush marks become looser, they echo the colours and shapes of the flowers but blur into each other and mesh to create a softened field that bleeds off to the edge of the canvas.

The painting is a celebration of the beauty and strength she found amidst the disappointments of her temporary home. Kate may not have loved Fremantle, but it was the site of her creative practice for several years and the works that were created in that studio form an important part of our cultural heritage. That is certainly something to celebrate.