The Life and Times of John Gavin

All 10 award winners will be there tomorrow to read their work and accept their awards.

Amazingly, one of the writers who was highly commended in the open category of Flash Fiction was 10-year-old, Claire Dugouchet.

I weaved myself in and out of people runnin’ so hard. I had been on ‘The Shepherd’, rejoicing to be able to stretch my legs and be on land again. If I was arrested for abscondin’ I’d never get another opportunity for apprenticeship, so I ducked behind a barrel. I breathed heavily. I flicked up the collar on me’ shirt and headed out to get some food from the stalls, stolen of course. ‘Prolly shoulda’ known better by now but my hunger took over. I walked past the stalls of fresh fruit and vegetables enviously, I couldn’t take any of them, so I settled for a stale loaf of bread instead. I ate greedily as it had been some time between meals. The bread was hard and took strength to rip a piece off but still, it was somethin’.

I started walking and whistlin’ as I went. It felt nice to feel the breeze on my face. I rejoined the convoy of carts without anyone noticing, to my new employer’s farm, Mr Pollard in a place called Dandalup. I met eyes with two tall and burly men as they judged me with a single glance. I then looked to a frownin’ woman standing next to ’em. They wore expensive clothes, so they must be the Pollards. The woman gave me one last glare and one of the men motioned me to come down to them. I jogged to keep up with them as they called for a carriage. 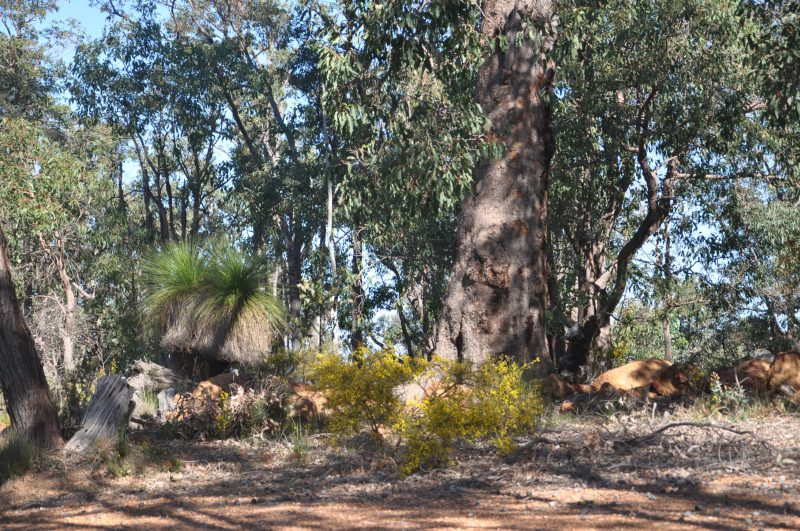 It was a tedious and rocky journey. It took four hours to get there and I was almost asleep but, Mrs Pollard’s witherin’ stare kept me awake.

I arrived at the Pollard’s farm at 5:30 that night. I thought that there would be other men there that were brawny and muscular, as I was scrawny and a young lad, I was pretty nervous. I saw no one else as I was led to my new sleepin’ arrangement. I was given a small room separate

to their house. The room had white walls and a small pile of straw on the floor. The Pollards left before I had the chance to say thank you. I decided to save my energy for the next day and go to sleep. I had food at the harbour so my hunger was subdued for now.
I was awoken at 4:30 am by a echoin’ sound of a gong. That must be the wake up call. I rubbed my eyes, changed into me’ work clothes and headed out to the paddock. I was the only one assigned to workin’ timber for one of Mr Pollard’s projects. I was greeted by a shy but smilin’ face of the young man, the son of Mr Pollard.

“Hi, I’m George Pollard, I was wondering if you need help as you’re the only one working the timber.”

“I think your mother would be alarmed if she knew you were helpin’- “. I didn’t get to finish my sentence as the mother came runnin’.

“George, has he hurt you?” She inspected him closely.

“No, Mother I -“. He didn’t finish his sentence either as the mother glared at me.

“You’re forbidden to go near the ‘help’, George. The same goes for you too,” she snarled at me. “Yes ma’am.”

The work was hard but it had its perks when George snuck me some food every now and then, George was good company and I was warm at night. Then again I had Mrs Pollard constantly criticisin’and blamin’ me for everything.

The next mornin’ the gong hadn’t sounded so I got up and crept towards the Pollard’s house to find George’s bloodied head and adze nearby. I was in shock. He’s dead. I quietly sobbed until Mrs Pollard noticed me. The constables were there soon after and the rest is a blur. “That’s him, He killed him, I’ve never been fond of him, he’s sketchy,” Mrs Pollard accused as she pointed to me.

“I would never kill George!” I can’t imagine why she thinks I would do such a thing.
My opportunity for a new life was wiped clean that day. I was transported to Fremantle Round House for my trial. Questions, accusations, confessions and prayers were said that day.

The image of George’s blood, stains my mind and is the last memory I have in this short life of mine being the first and youngest person to be hanged in Fremantle.