The Round House John Gavin Awards

There’s so much going on around Fremantle just now, it’s hard to keep up!

Did you know that each year Fremantle Round House conducts the John Gavin Writing Competition?

And the Awards Event will be held on 26 June 2022, at 1-3.30pm on the Round House lawns where winners and highly commended writers will sing and read aloud their works. You won’t want to miss it.

Who is this John Gavin person? we hear you ask.

Well, the John Gavin story began in 1844 – 178 years ago – when a 15 year old boy murdered his employer’s son and was hanged in front of the Round House on Easter Saturday, 6 April 1844. He was incarcerated in the Round House awaiting his execution. John Gavin was a pickpocket from the Parkhurst Prison on the Isle of Wight who had been sent to Australia to work – these Parkhurst boys were the precursor to convict labour but were not classed as such having been pardoned to relieve them of their “convict” tag. 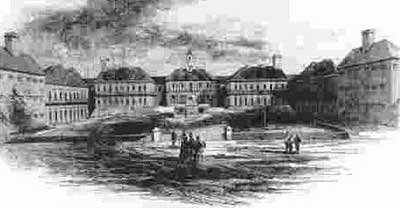 For more on the John Gavin conviction and hanging, see the article by our legal correspondent, Philip Eaton right here in Fremantle Shipping News.

Now the 15 year old’s name has been lent to this wonderful writing Competition.

This year the Competition offered prizes in the categories of Ballad and Flash Fiction (which were advertised nationally) and WA Schools.

And the winners are –

You’ll find more on the winners and their works right here on the Fremantle Round House website.

We are pleased to note that Fremantle Shipping News’ regular contributor, Jean Hudson won First Prize in the Flash Fiction category for her entry Adze, which you can read right here..

We will publish the other winners’ works leading up to the Awards Event.

By the way, Justin Walshe of Justin Walshe Folk Machine, a local Freo band, who won the inaugural Ballad prize last year, will perform the ballad, and other songs, at the Awards Event.

So, get along, it should be fun.