Keep an eye out for more of Mark’s great articles!

When White Gum Valley writer and director Renee Webster was conceiving of her debut feature, the comedy-drama How to Please a Woman, she decided not to travel too far from the world that she lives in and knows well – Fremantle and the coast. 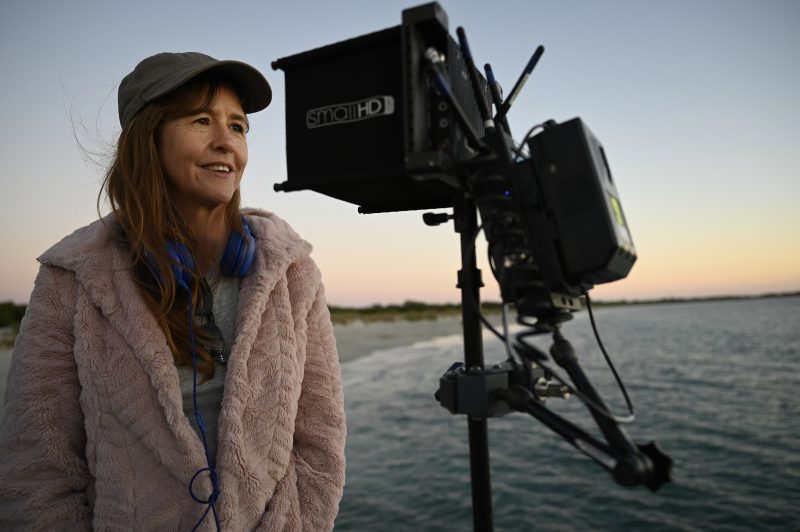 Writer/Director Renee Webster, How To Please A Woman – Photograph by David Dare Parker

Webster was born in Freo and, after being schooled in Bull Creek and attending Murdoch University, returned as a young adult to her spiritual home. “It feels like my place,” Webster tells me over the phone in between work on the popular Adelaide Hills-set ABC television series Aftertaste (she is directing five of six episodes).

So when it came to a setting for How to Please a Woman, which tells the story of a middle-aged business analyst (Sally Phillips) who after being made redundant sets up a business that blends cleaning and sexual services, she decided on Fremantle and the coast not simply because it is place she knows and loves: it underlines the meaning of the movie. 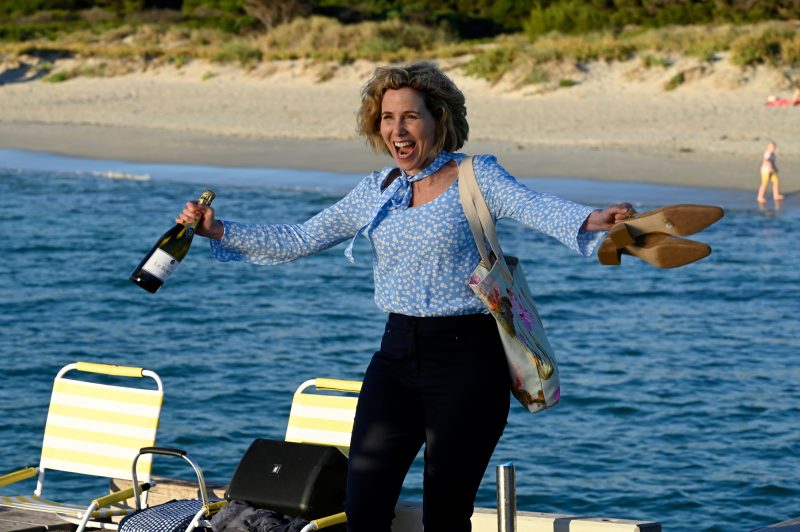 Sally Phillips as GINA, How To Please A Woman – Photograph by David Dare Parker

“If I had of set How to Please a Woman in the Western suburbs it would be completely different story,” says Webster. “This story works in Fremantle because the place is so cosmopolitan. You have so many different classes and backgrounds colliding and living in one spot. I wanted it speak to all women and Fremantle was the ideal place to capture that cross-section.”

A major strand of the story takes places on the beach and in the change rooms, where Philips’s Gina and her swim group talk openly about their sex lives or, more precisely, the lack of one. It is these discussions that prompts the unemployed but enterprising hero to take over a crumbling removalist business and saving the jobs of the men by turning them into a combo of house cleaner and sex worker.

“Swimming in the ocean is a visceral experience, really makes you feel as though you are in your skin,” says Webster, a keen ocean swimmer herself who even sought out a local swim group while she was working in South Australia on Aftertaste. 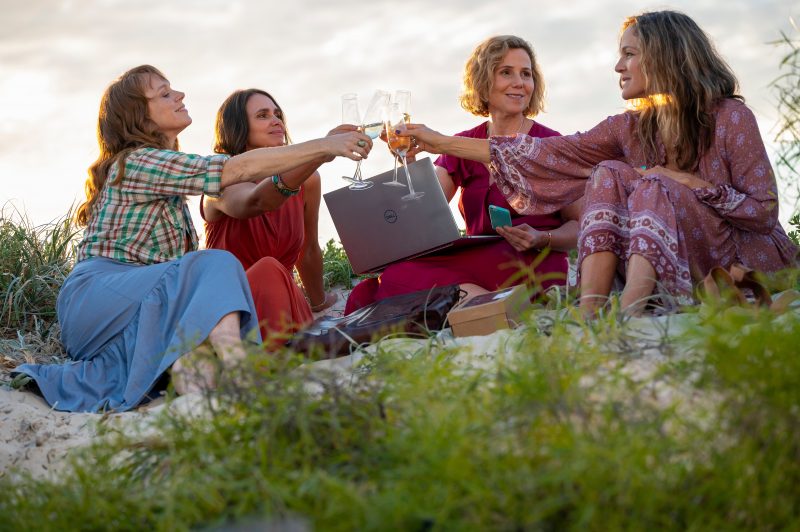 Hayley McElhinney as HAYLEY, Tasma Walton as MONIQUE, Sally Phillips as GINA & Caroline Brazier as SANDRA, How To Please A Woman – Photograph by David Dare Parker

The ocean swimming sequences, which have been filmed between Port and Leighton Beaches, allowed Webster to spend time in the change rooms with her swim group (played by Caroline Brazier, Tasma Walton and Hayley McElhinney amongst others) as they talk about things you won’t find men talking about in change rooms. She also had a clear idea how she would film them.

“There is a little bit of nudity and I wanted to take a non-sexualised view of women,” explains Webster. “A changeroom is a privileged space. I find that the connections and friendships that happen there are a little bit different because in our everyday lives people don’t hang around together taking their clothes off. In a change room this takes place while you are having a conversation. It’s almost like there is a slightly different set of rules.”

Curiously, for a film that triggered roars of laughter during its sell-out Perth Festival season and continued to do so during packed previews, Webster says she did not envisage or even shoot How to Please a Woman as a comedy. Indeed, she was stunned by how much laughter there was in the initial screenings.

“I always knew that tone would be crucial in making this film work. Which meant at times on set I would stop a lot of the comedy. When were all having fun – and I have an absolutely outstanding cast – and the crew were standing around laughing the temptation was to keep the laughs keep coming. But this is theatre and we were making a movie.”

The serious underpinnings of How to Please A Woman comes from the real-life business that inspired the story. Webster read about a Perth company that offered sexual services strictly for women and was so intrigued she contacted the owners.

“The women who ran the company described themselves as housewives, which runs counter to our idea of the people who run the sex industry,” she recalls.

“And the clients they told me about were something very different from what I was expecting. What I discovered is that there is a whole raft of women who didn’t want to give up sex. They had not had good sexual experiences, they weren’t having it and they didn’t know how to get it started up again. They were badly in need of sexual healing and – in a pretty bold move – were prepared to pay for it.

“It reminded me how important sex was in people’s lives even if there is not a lot of it that is really happening. Knowing that it came from a real place gave me a lot of courage to press ahead with this story.”

How to Please a Woman opens on Thursday