Fremantle was second only to Pearl Harbour as an allied submarine base during World War II.

Fremantle was identified as a vital shipping port and eventually became the allied submarine base for the Indian Ocean. The port accommodated more than 170 submarines between 1942 and 1945.

Seventy-six years ago, on 31 July 1945, the USS Bullhead departed Fremantle on its third patrol, after a brief re-fitting and the replacement of its five-inch gun.

Six days later, on 6 August 1945, she sank following an attack by a Japanese army aircraft in the Java Sea, off the coast of Bali near the mouth of the Lombok Strait. Eighty-four United States servicemen lost their lives. This was the same day the US dropped an atomic bomb on Hiroshima

The Bullhead was the last of the 52 American submarines, and the last US naval vessel, to be lost in WWII.

The US Consul General in Perth, David Gainer, unveiled the memorial. In his speech he said:

‘Lives aboard USS Bullhead were lost defending Australia. This memorial is a powerful symbol of their courage and the unbreakable alliance between our two countries. Australia and the US have fought side-by-side in every major conflict since World War II’

The man behind the Bullhead memorial is Tim Baldock, author of the book Fortress Fremantle: Its Lost Sub & contributions to World War II. He was inspired to write the book by the twin significance of the submarine’s sinking and the bombing of Hiroshima occurring on the same day. The Fremantle submarine base contributed to the outcome of WWII. 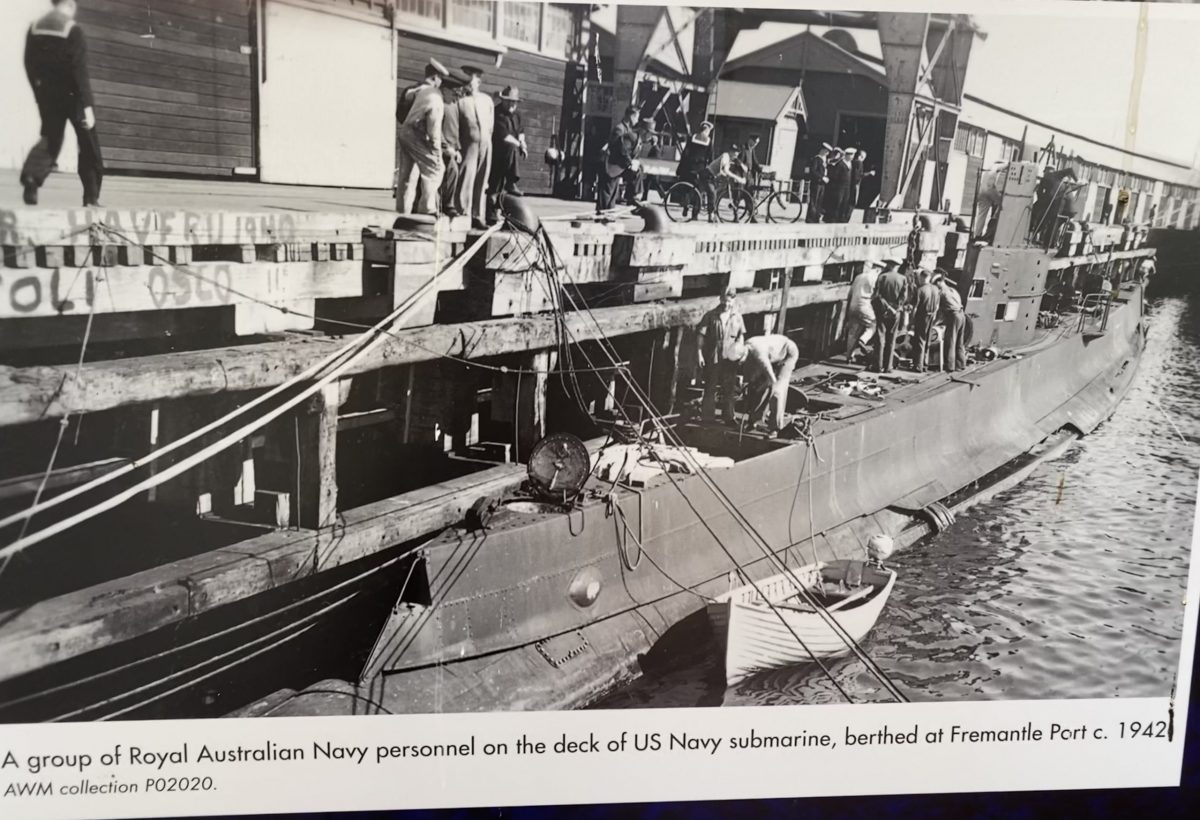 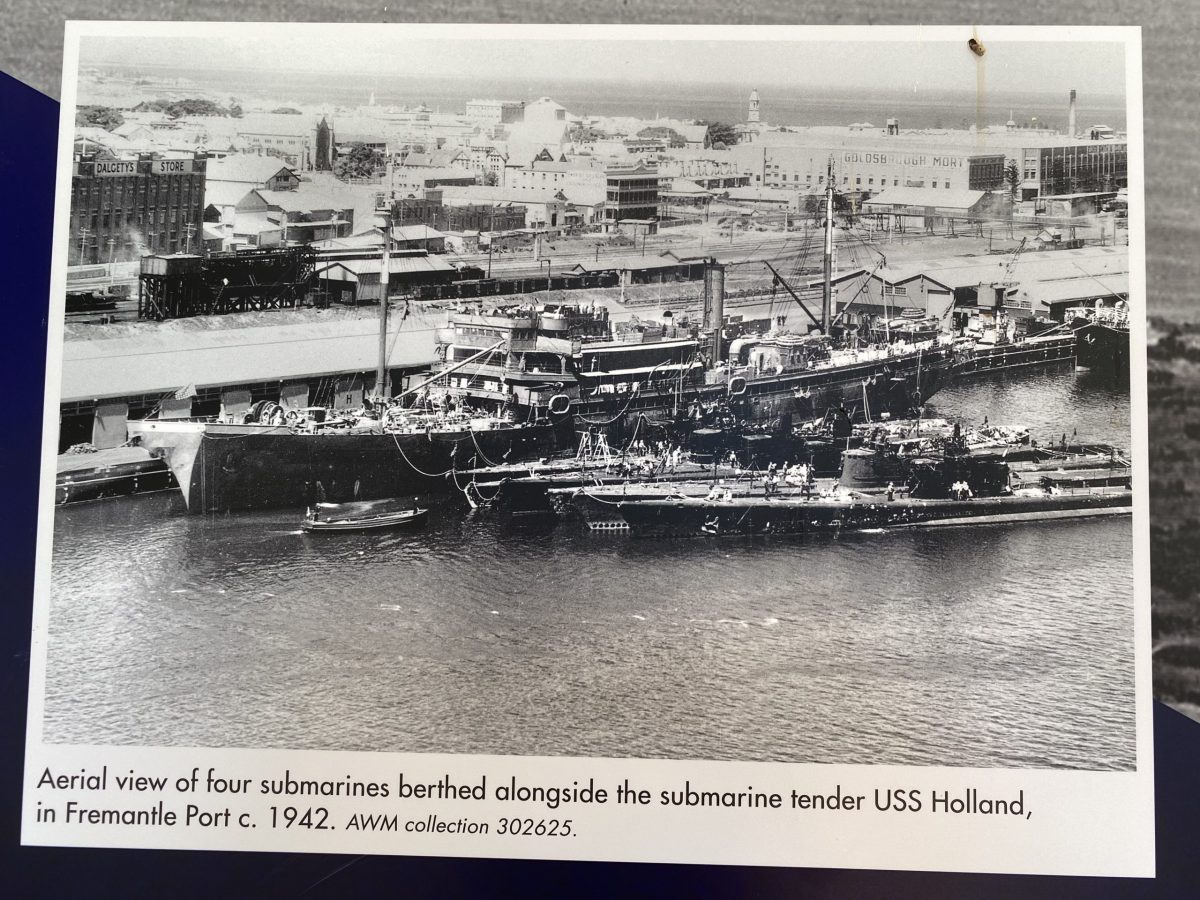 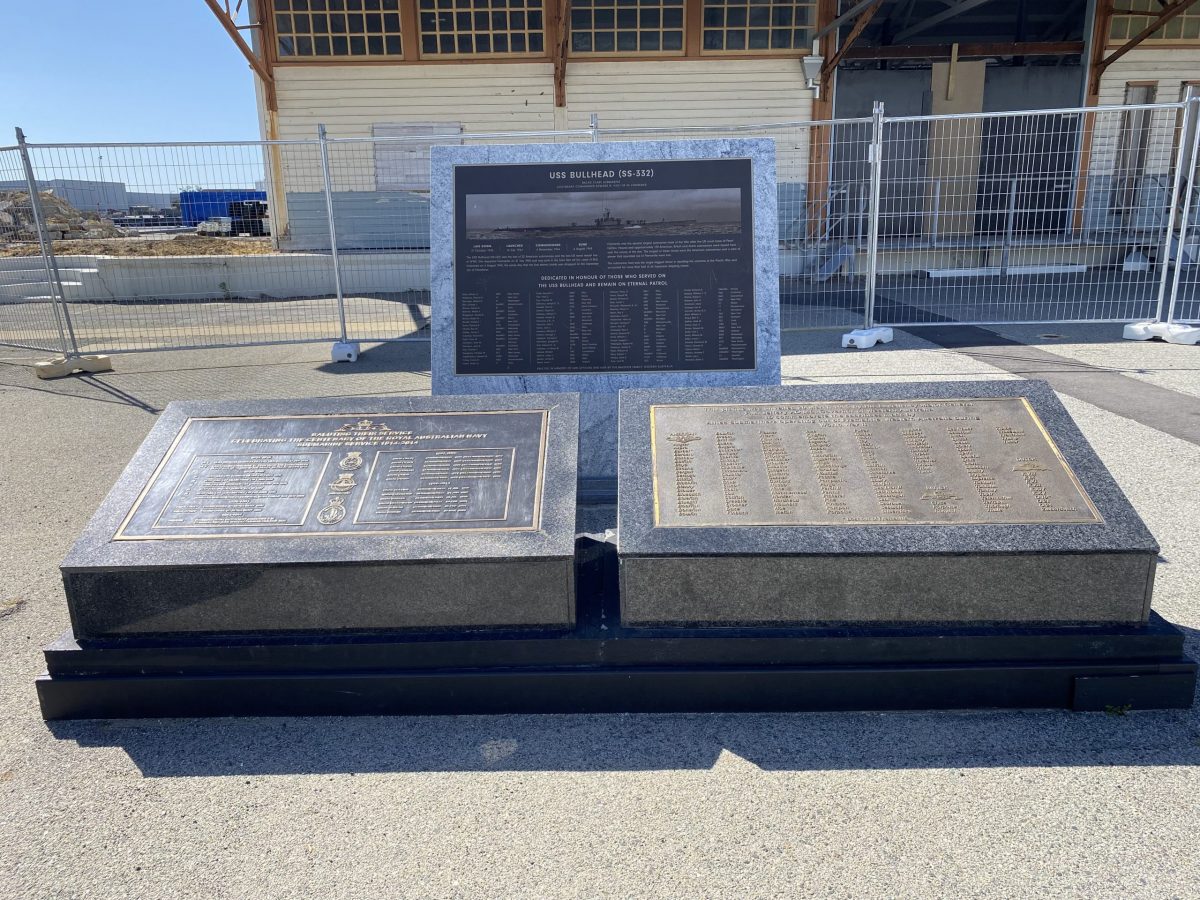 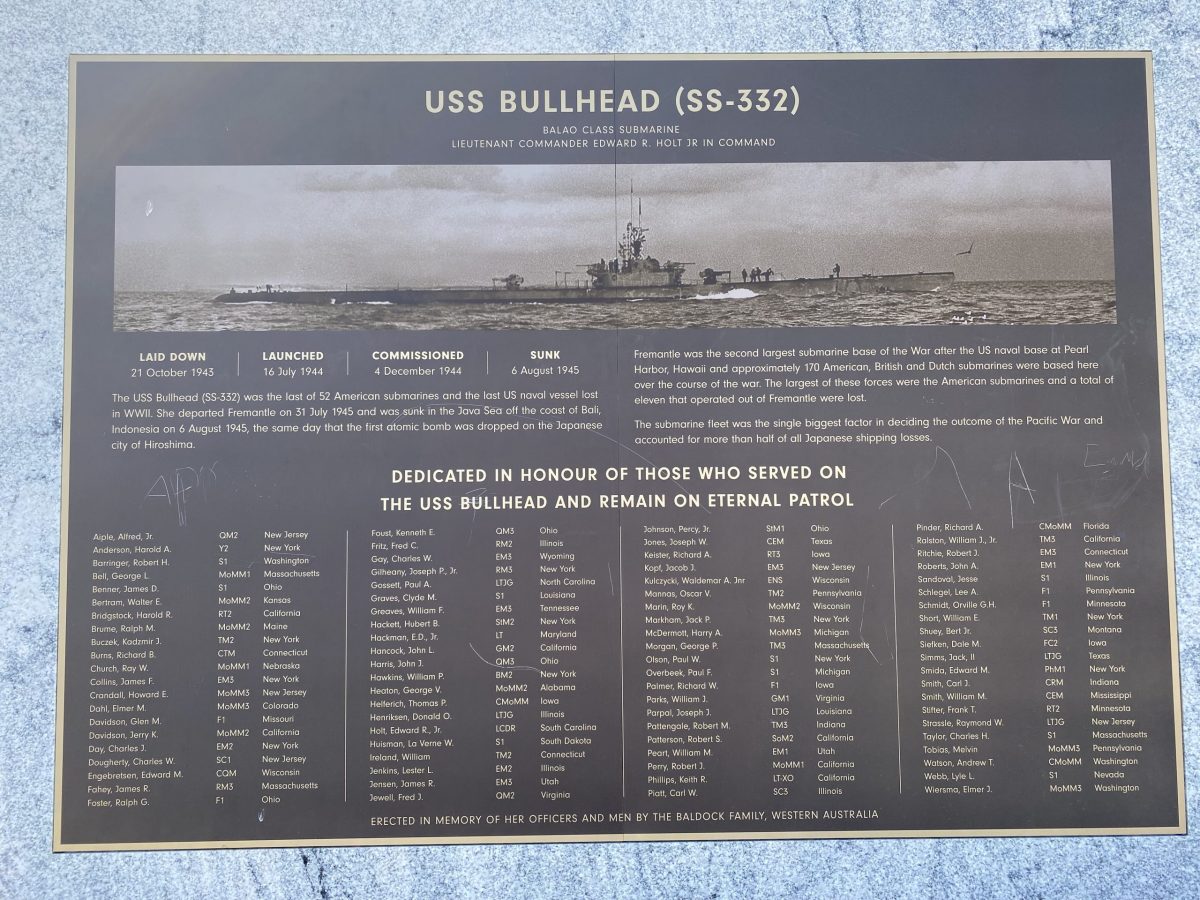 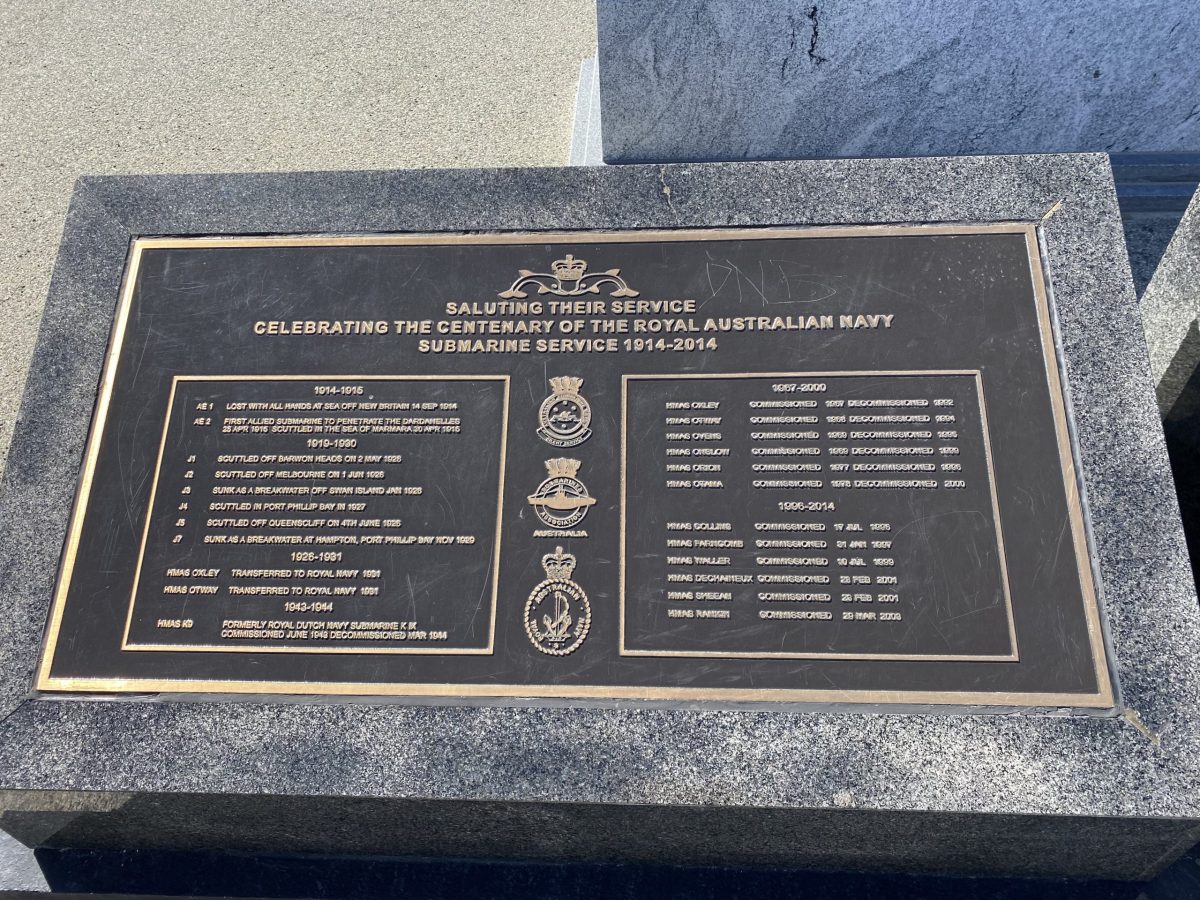 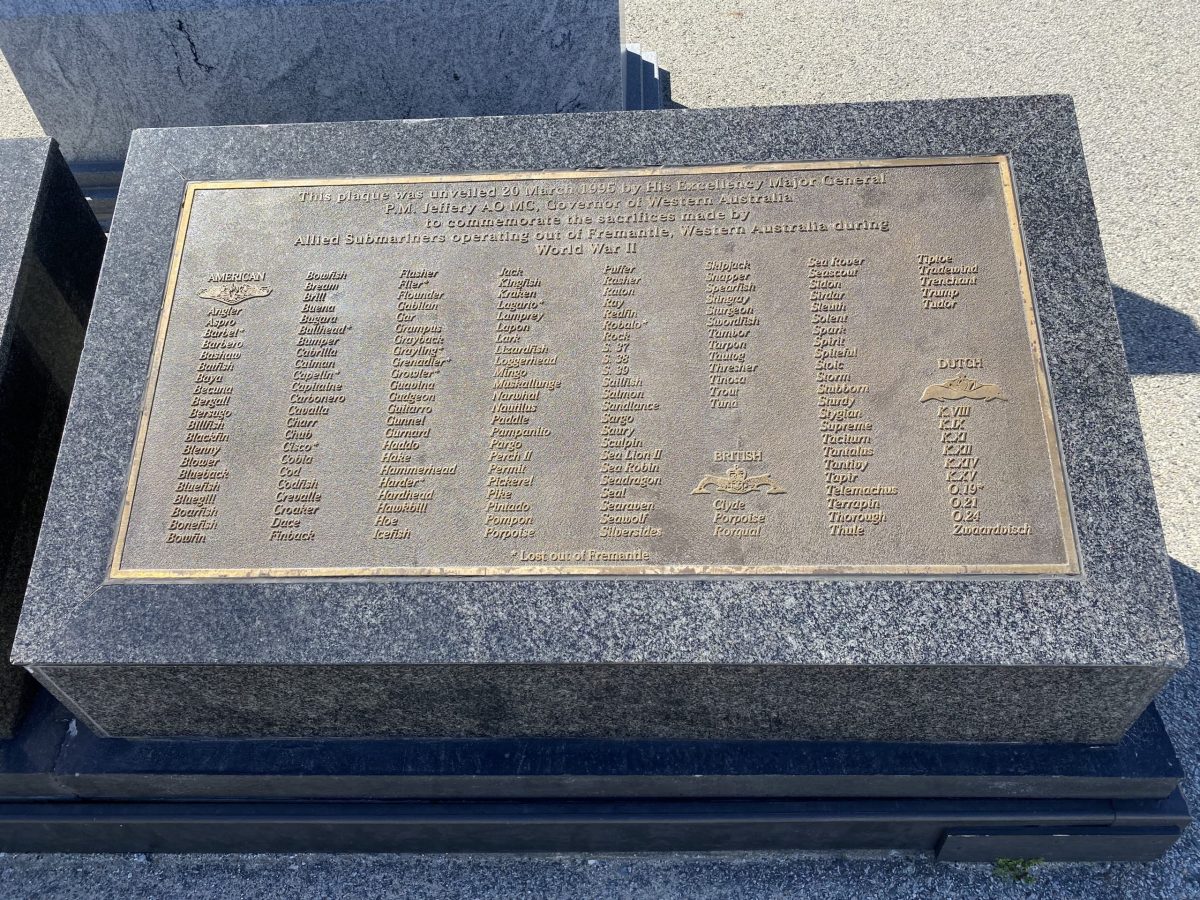 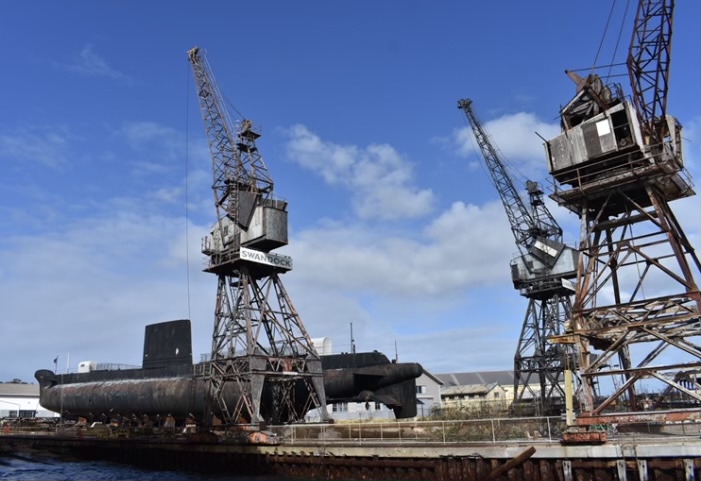 There were already two memorials to submarine service at the Maritime Museum’s entrance – one to the Submarine Service of Australia and the other a listing of all the submarines that served in Fremantle during the Pacific War: American, British and Dutch, an asterisk marking those lost.

The Bullhead memorial sits behind the others and is higher so that a person standing in front of them can read all.

Submarines have long been part of Fremantle and HMAS Stirling, Garden Island. HMAS Stirling has been operational since 1978 and is the headquarters of the Australian Submarine Squadron. Amenities include berthing and wharves, vessel repair and refit services. The base also hosts the Submarine Escape Training Facility, the only one in the Southern Hemisphere. If you keep a keen eye out when on Fremantle’s beaches, you will occasionally spot a sub passing

Submarines have been in the news lately with AUKUS, and the plan for  at least eight nuclear-powered submarines finding their way to Australia. Some experts claim that new technologies could render the ocean transparent by the time Australia’s new submarines are ready in around another 20 years. Submarines, even nuclear ones, might be ‘ Isobel’ and obsolete by 2040.

Next time you are near Fremantle’s Maritime Museum, have a look at the three memorials that serve as an eternal reminder of the ultimate sacrifices made by submariners during WWII.

Nearby, HMAS Ovens an authentic Cold War-era submarine sits on Fremantle’s historic WWII submarine slipway. Visitors can find out what life was like aboard a submarine. 63 people lived and served aboard this vessel in extremely cramped conditions. You can read our story on the Ovens and see inside her, here.

The Ovens also serves as a living memorial to submariners and those who gave their lives while serving from their Fremantle base during WWII.

*This article was written by Jean Hudson. The photographs are also Jean’s.