Home 2020 May 19 Feeling disconnected? Then be Connected! – Album Review

We at the Shipping News, strangely for us you might think, really like ambient electronic music. You can drive to it, walk to it, read to it, sleep to it, and if meditating is different from sleeping, you can meditate to it too!

It has a mathematical, classical thing going on. Pure, soothing sounds.

Just over two years ago – how time flies – we interviewed Dr Simon Order, the inspiration behind Liminal Drifter, for the Shipping News and discussed his journey to the ambient electronica genre.

Well, two years on, on 29 May, Liminal Drifter, through Hidden Shoal, will release a new album, Connected, with some 8 long tracks on it. They commence with Choir on Mars and finish with Atlantean Shaman. The second, This is from Earth, may be our favourite, and not only because the title immediately makes one think of the late David Bowie for some reason.

It may all depend on your mood, the time of the day, whether the sun’s shining or it’s raining, or the state of your sex life, among other factors, as to which track you will decide on as your calming favourite. 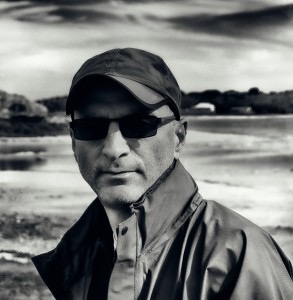 But regardless of your mood, the sounds will take you to where you’d prefer to be.

And that’s the nub of it – this is music to calm you.

One suspects it indeed has the power to calm a small infant as well as an overstretched mother. It may pack transcendental calming capacity equal to cycling 20 km away and 20 km back again.

The notes that came with the new release, while a little transcendental themselves, are, to be fair, quite right!

They read, ‘…Connected is a collection of eight intangible travelscapes that touch on both the astral and the earthbound’.

Channeling a little Van Morrison, as well as Bowie in that line methinks, but that’s ok.

Connected follows Troubled Mystic (2015), the remix The Night Train Vacancies (2017) and The Dreams (2018). (We wouldn’t be surprised if Dr O puts as much time into the titles as he does the works themselves. They are certainly an important part of the electronica genre.)

All these, including Connected, are available through Hidden Shoal, an Australian-based independent music label, that you will find here.

So, now it’s time to listen!

The single of the first track on Connected, Choir on Mars, is here.

If you haven’t before, then do listen now. As the title to the album promises, it will help you feel connected, to whatever you feel you need to be connected to.