November 5, 2019November 5, 2019 in Life, Law & Culture
Many will have previously been on a guided tour of the decommissioned HMAS Ovens, an Oberon class submarine from the Cold War days, who now lives out her days at the Maritime Museum at Fremantle’s Inner Harbour. She’s a beauty.
For the Fremantle Biennale, Lawrence English has taken lights and sound into the belly of the sub, to great effect for those of us lucky enough to have become submariners for a Standing Wave. The accompanying photographs give you something of the light experience. You have to imagine for yourselves, however, the deep water sounds and the hum of the engines and other ship sounds that accompany the light.
The Ovens was something of a spy. Her motto was ‘Silence is Golden’. She could operate on electric batteries for up to 16 hours, and capable of operating for months at a time without being detected.
As it transpires, contemporary art has become interested in this sort of silent spy, especially those that still abound, like the drone.
Ellie Buttrose, in notes accompanying this Standing Wave ‘performance’, says that: ‘Rather than being overwhelmed by … military power, by listening to HMAS Ovens English provides audiences with another mode of engagement- one as much about listening in time, as listening into time, and, through doing so, recognising the geo-political histories typified by technologies such as the Ovens’.
It was a really interesting idea that English turned into an occasion of reflective thinking, nostalgia, and fun.
Get along if you can get a ticket. Go to the program at Fremantlebiennale.com.au Only 10 persons at a time. The walk through takes around 30 minutes all up. 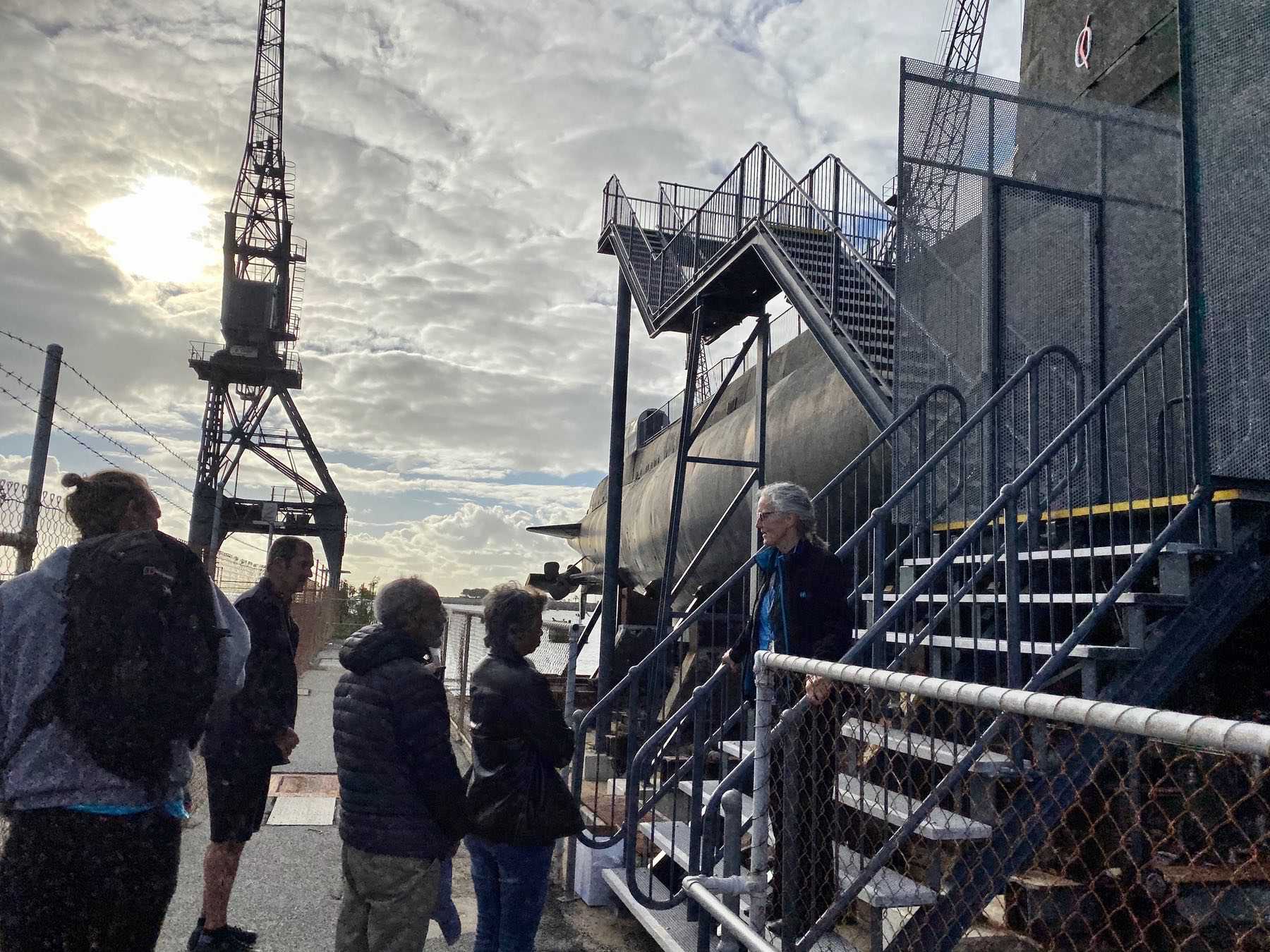 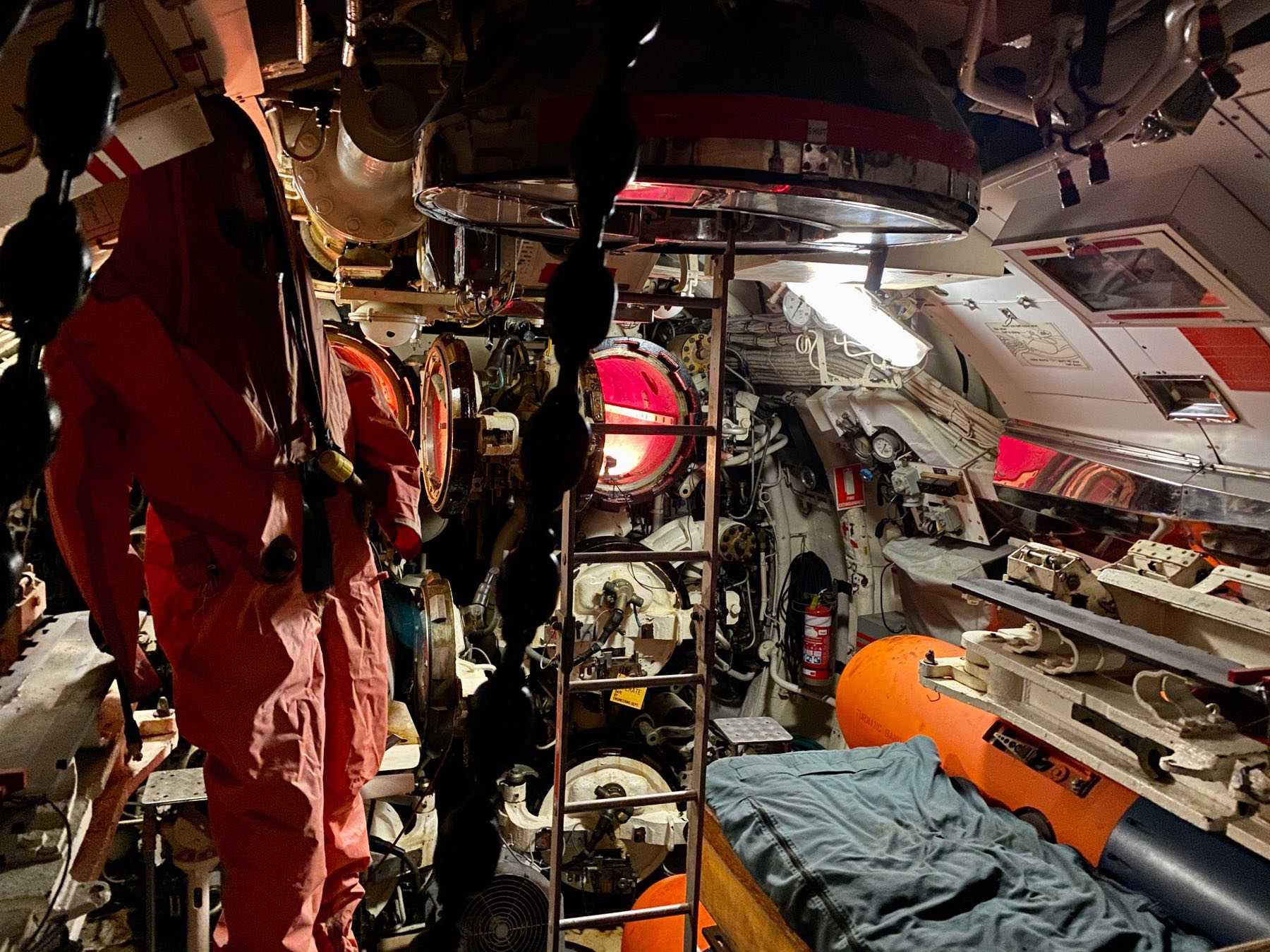 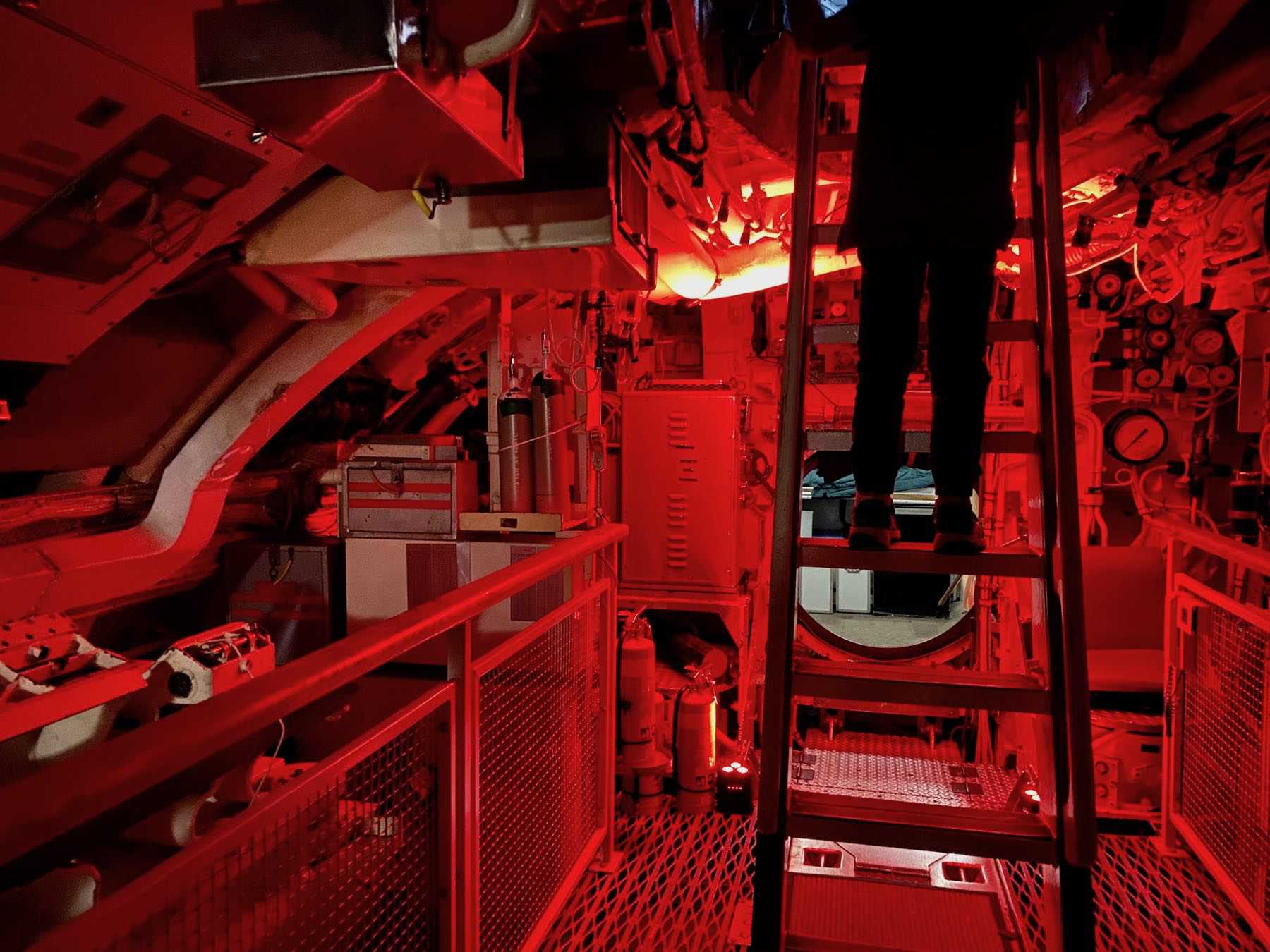 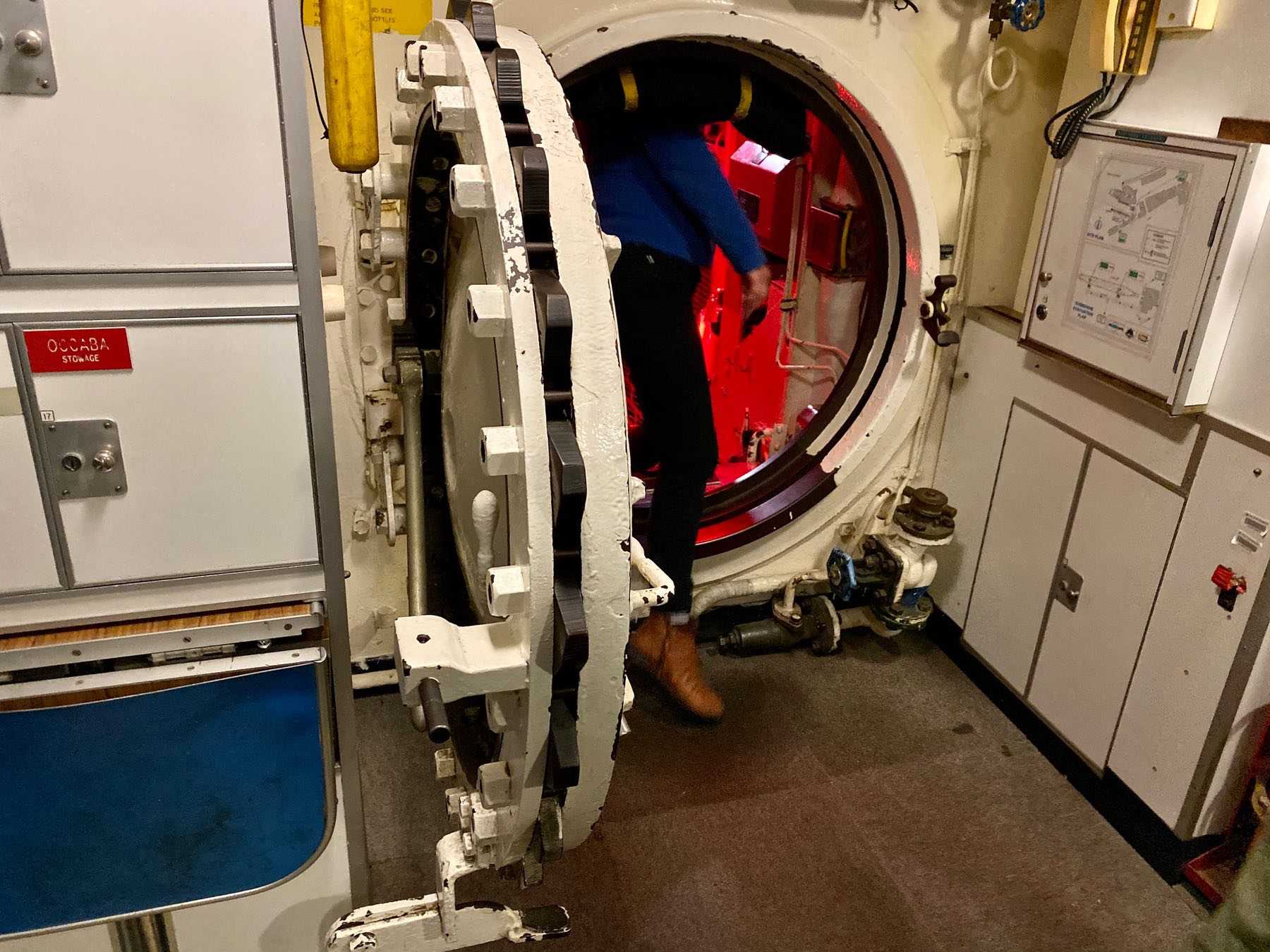 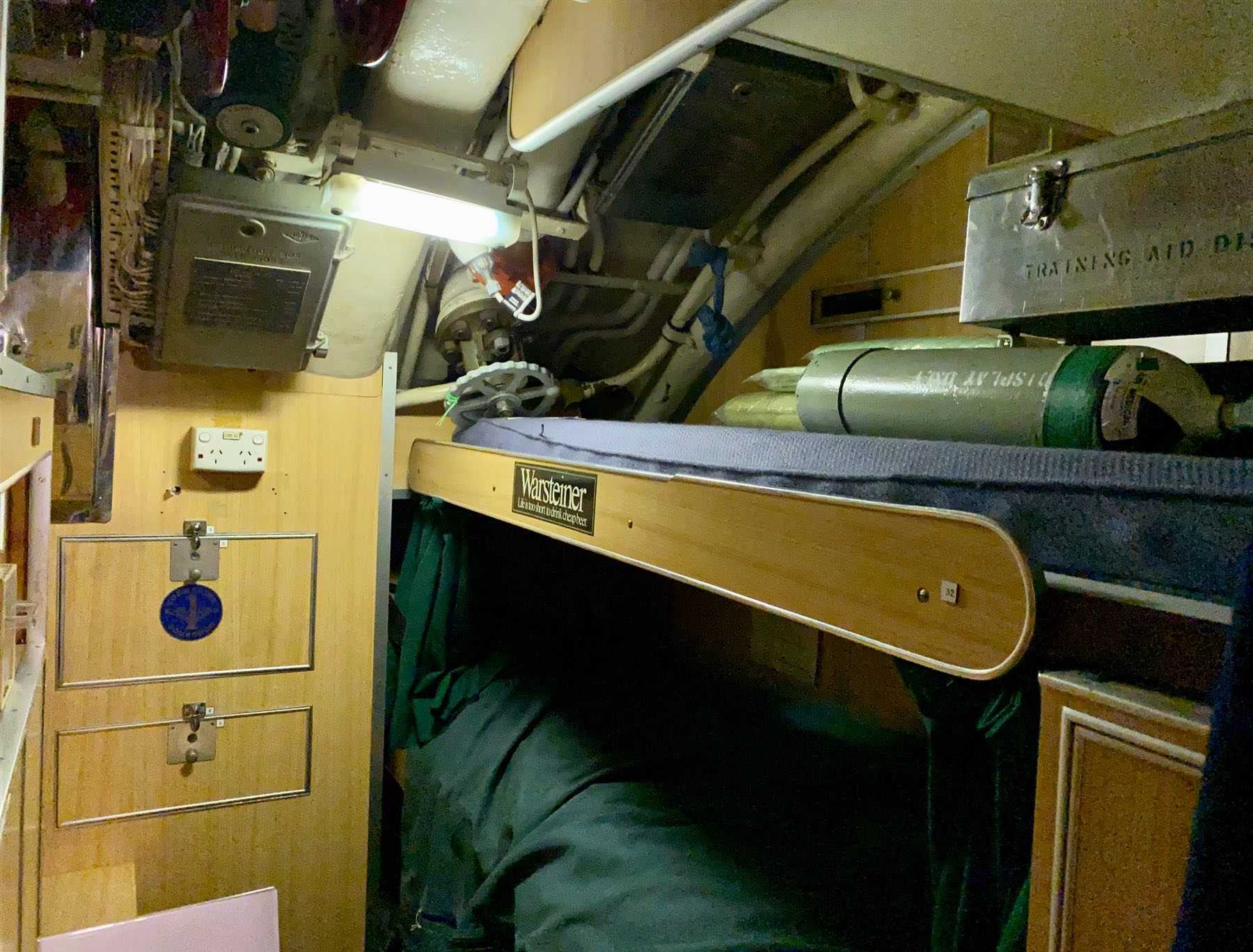 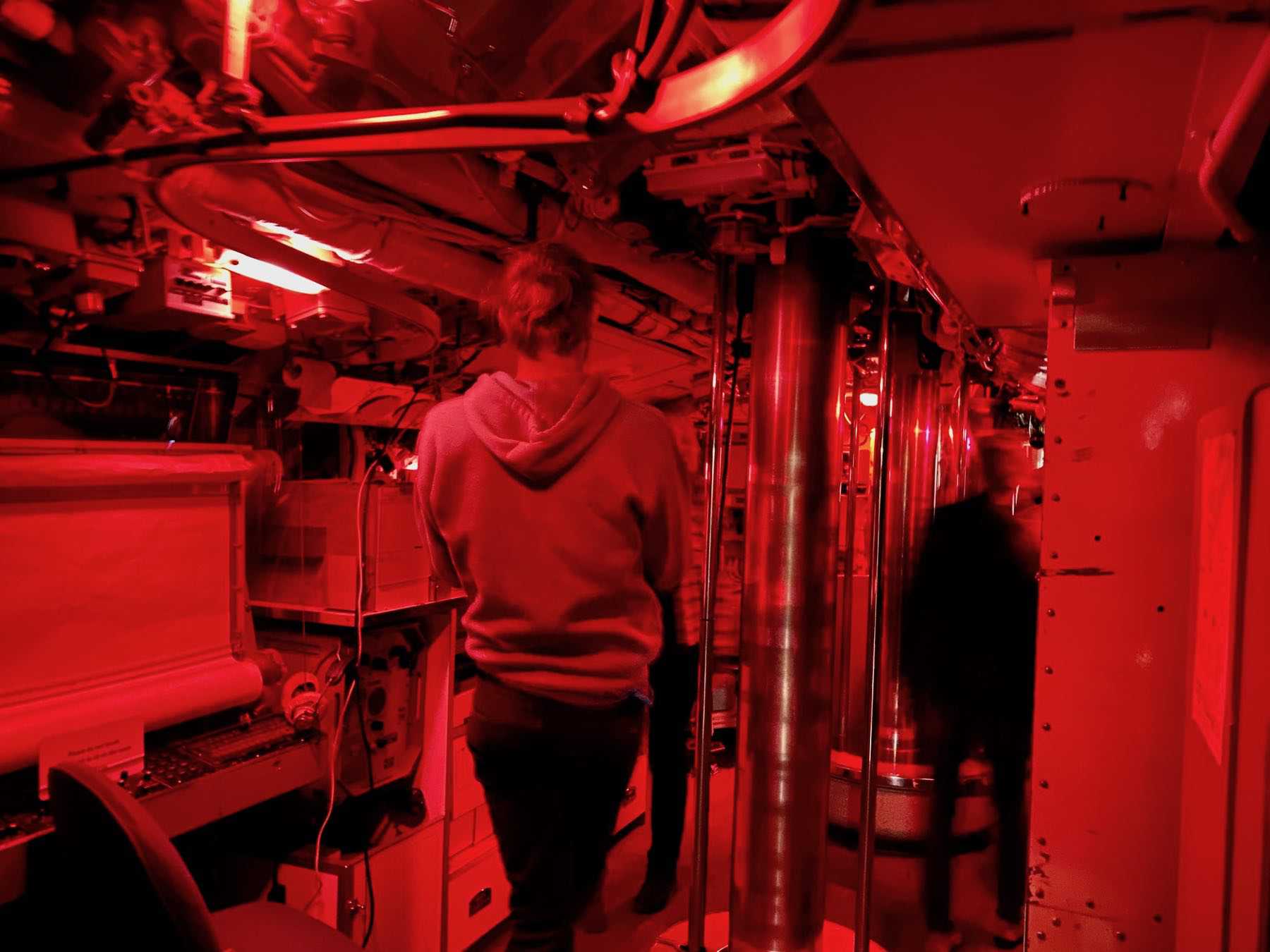 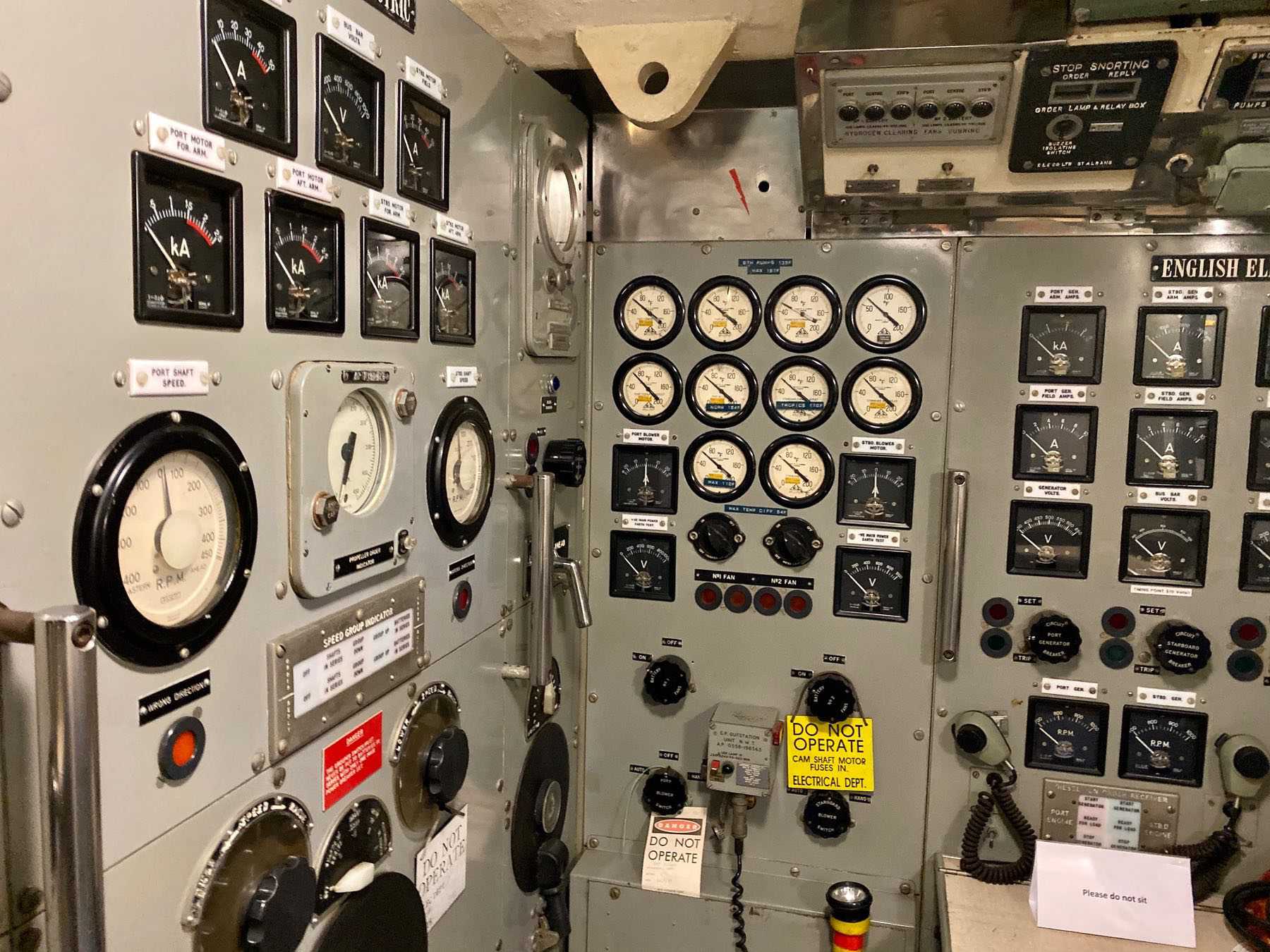 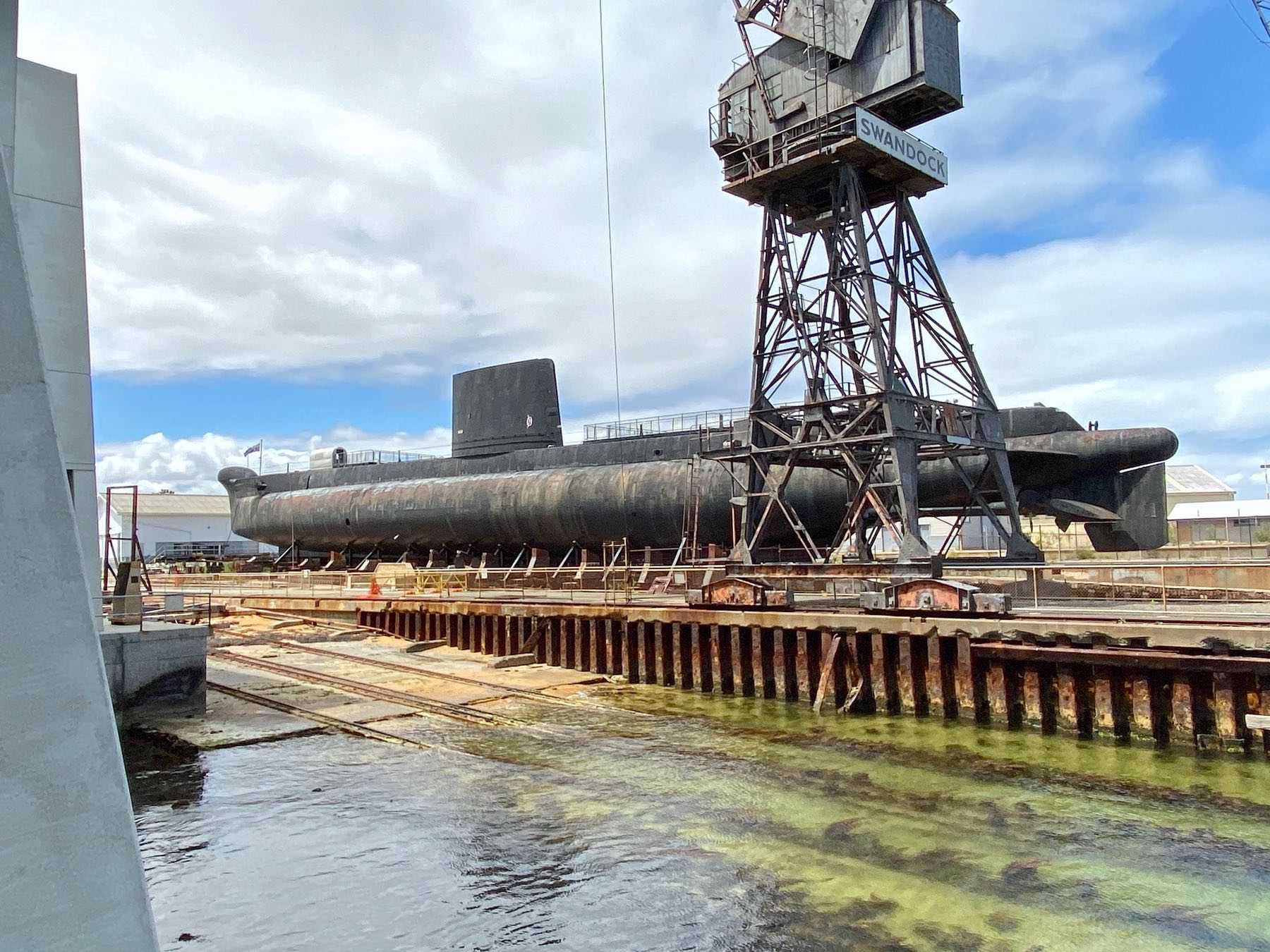 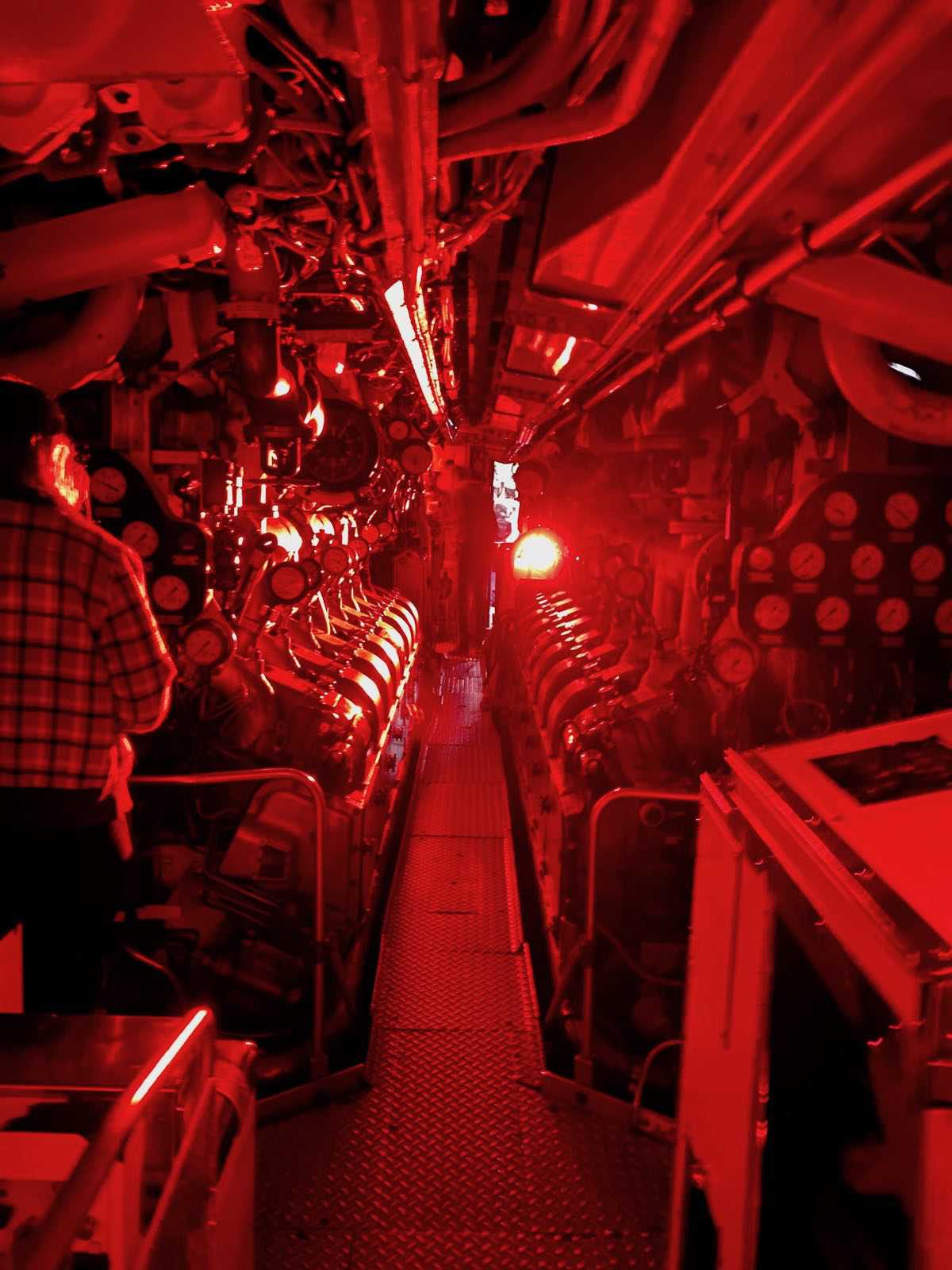 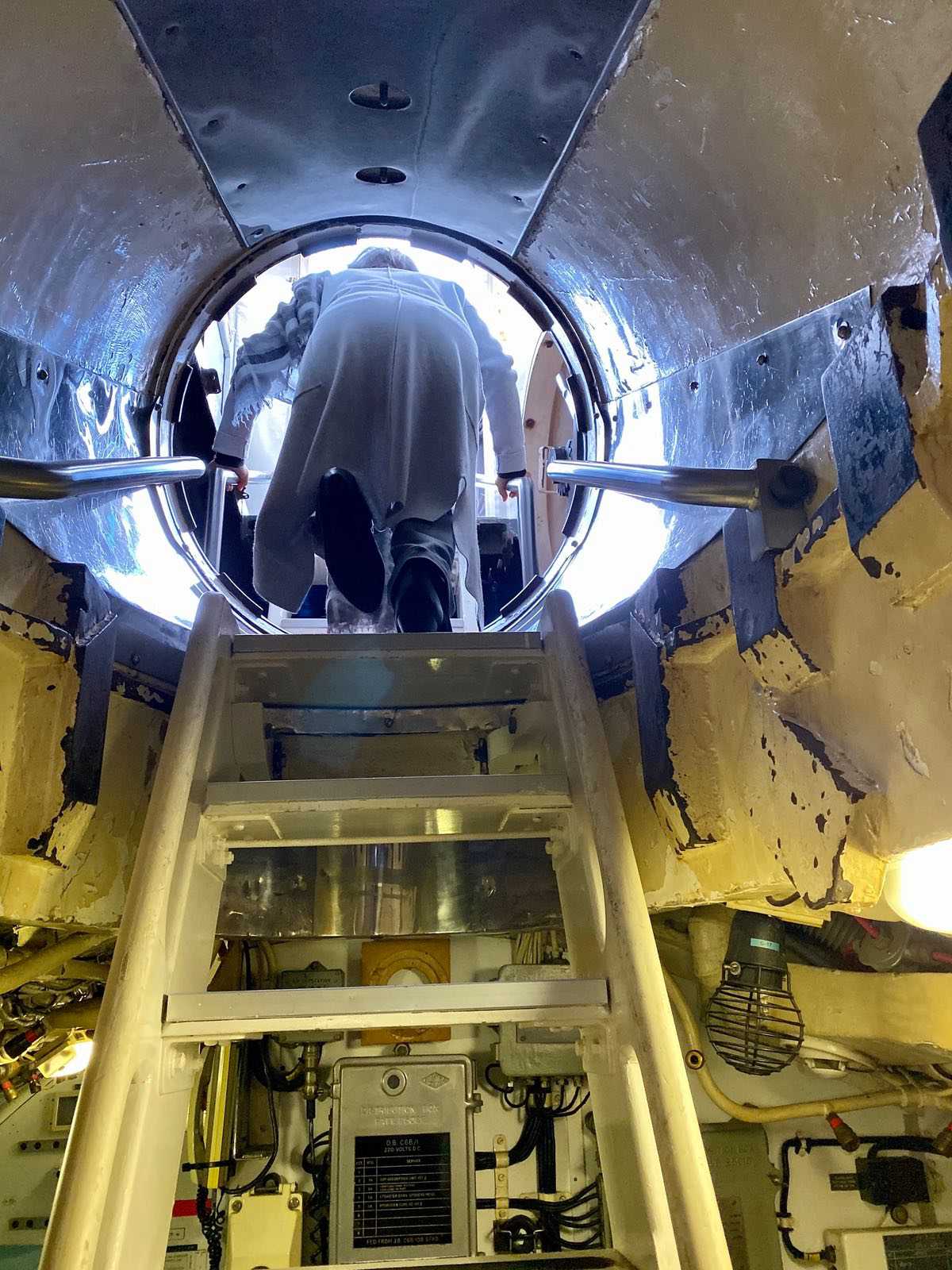