Places I Love – Wadjemup Museum and Sculpture at Wadjemup

Next time you visit Rottnest Island, or Wadjemup, don’t miss a visit to the newly renovated Wadjemup Museum and the nearby Sculpture at Wadjemup exhibition. 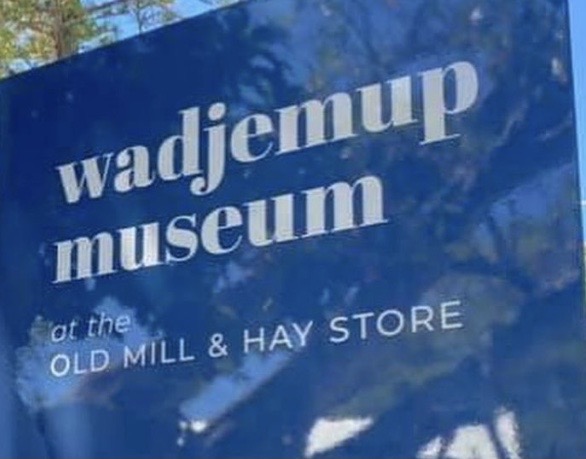 Wadjemup Museum opened its doors, after a $1,000,000 refurbishment, on 23 December 2020. It is located behind the bakery and the general store in the Settlement. Originally built in 1857 as a hay and grain store, its curved walls are steeped in history.

The Museum’s new name reflects the Island’s Aboriginal heritage and honours the Whadjuk Noongar traditional owners. It’s a place to explore and learn the history of Rottnest and Wadjemup. 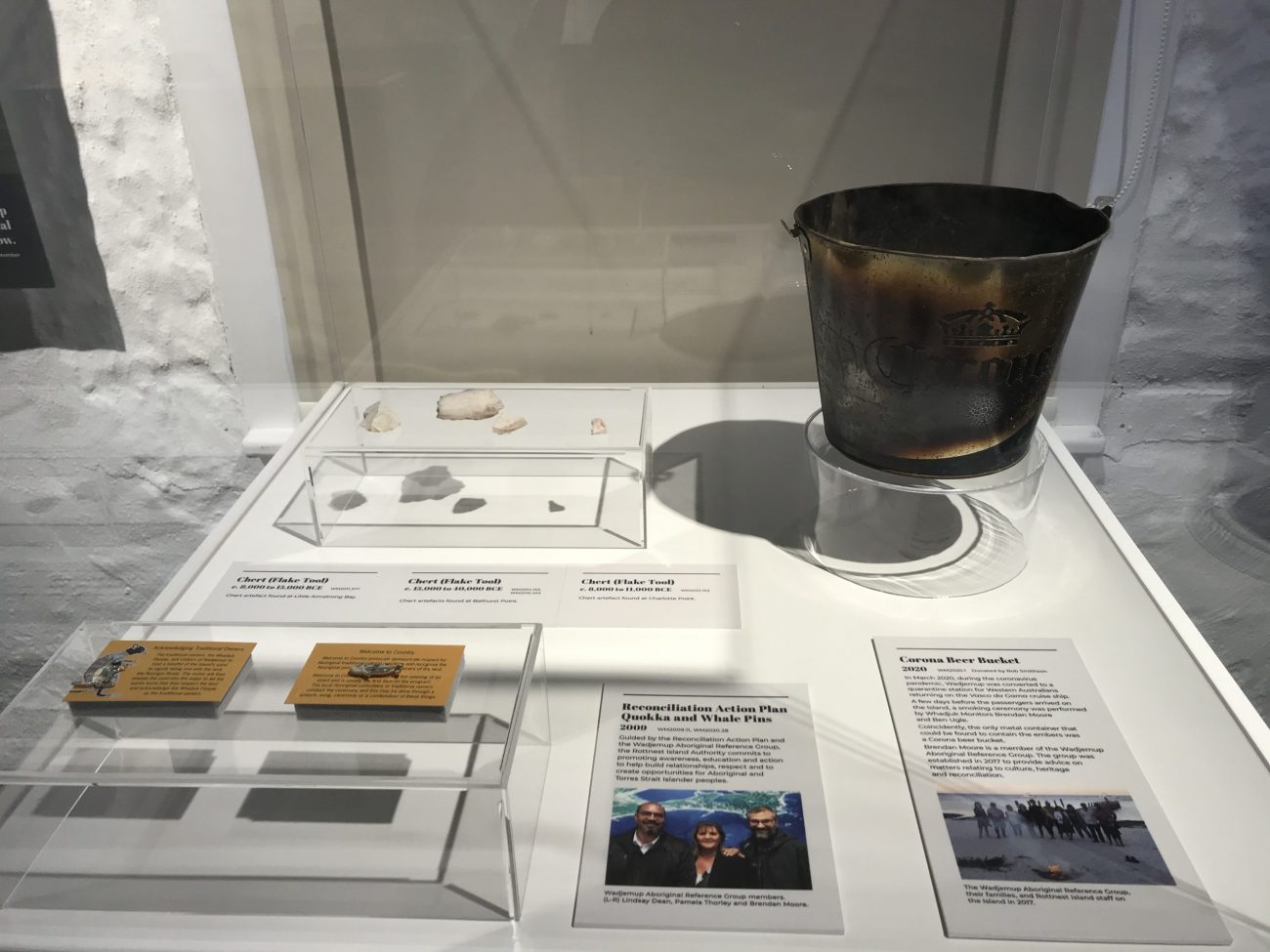 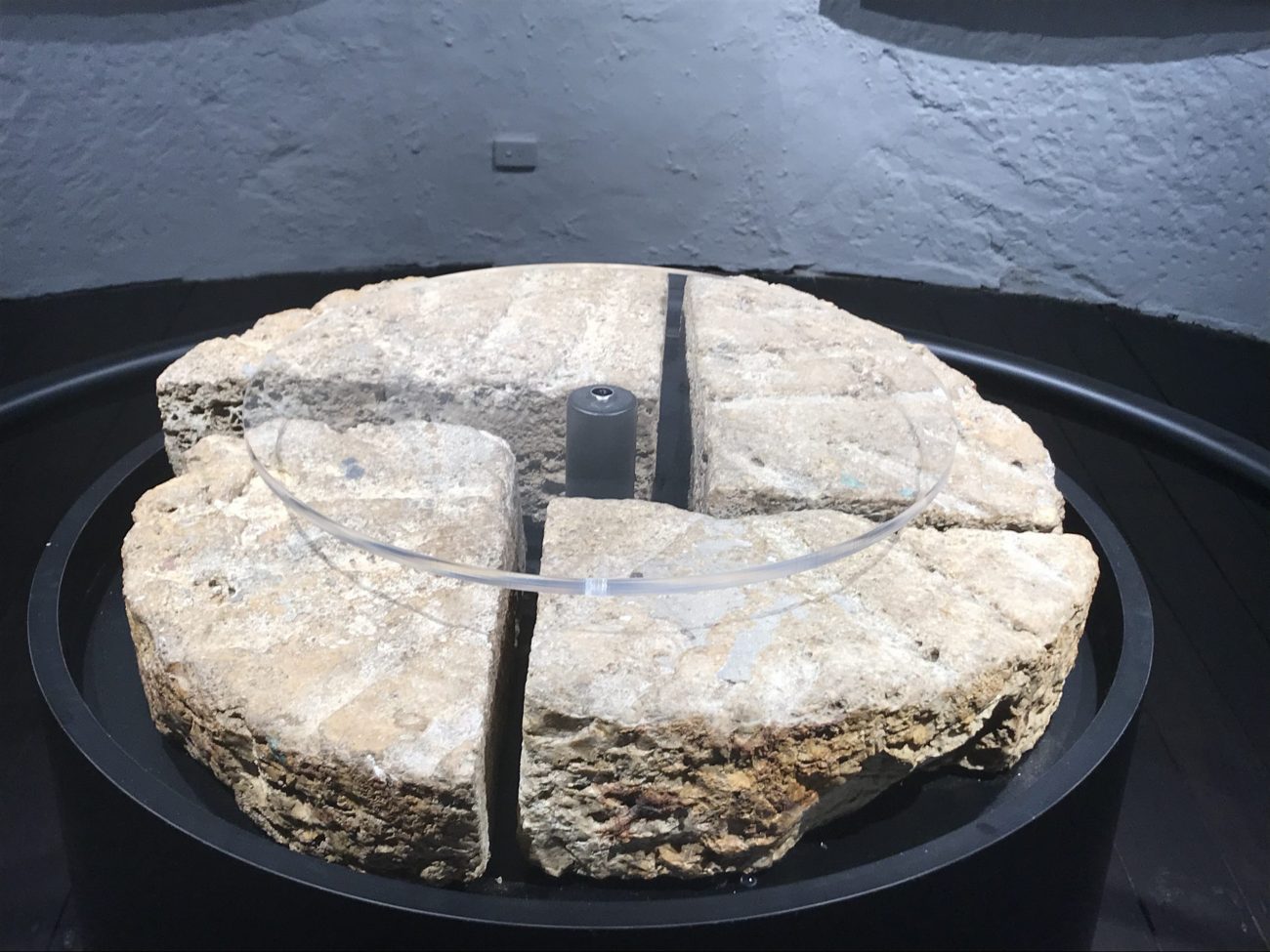 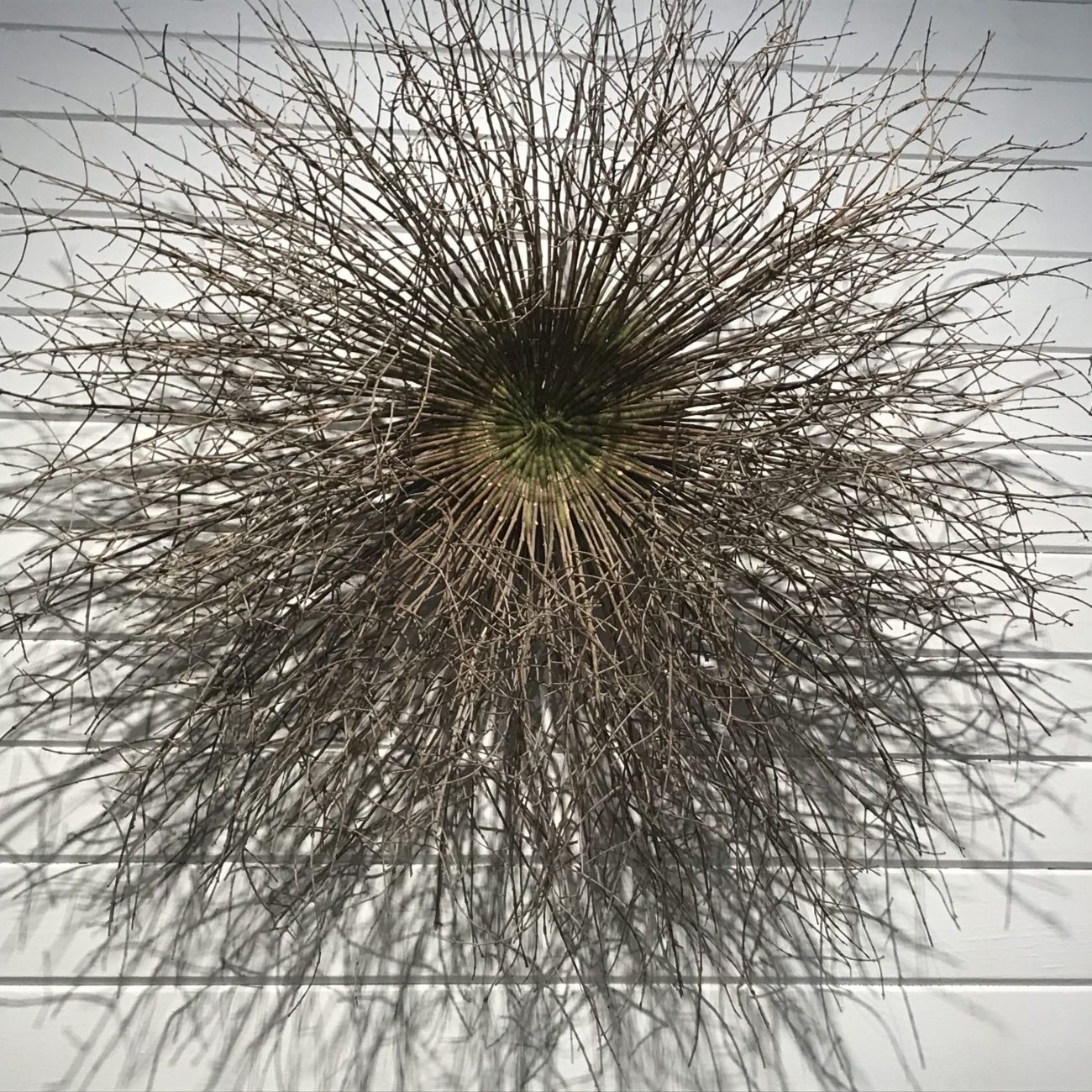 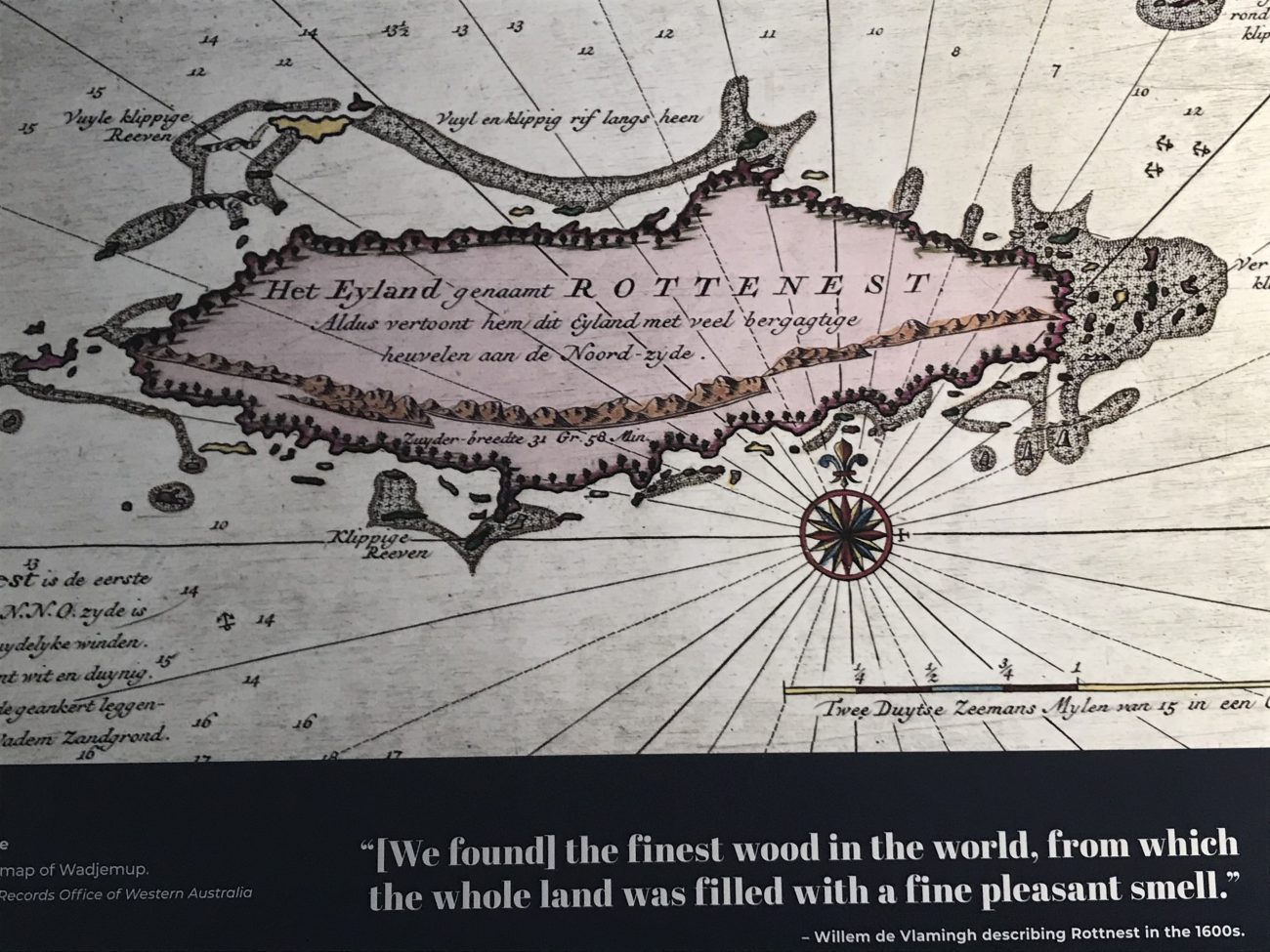 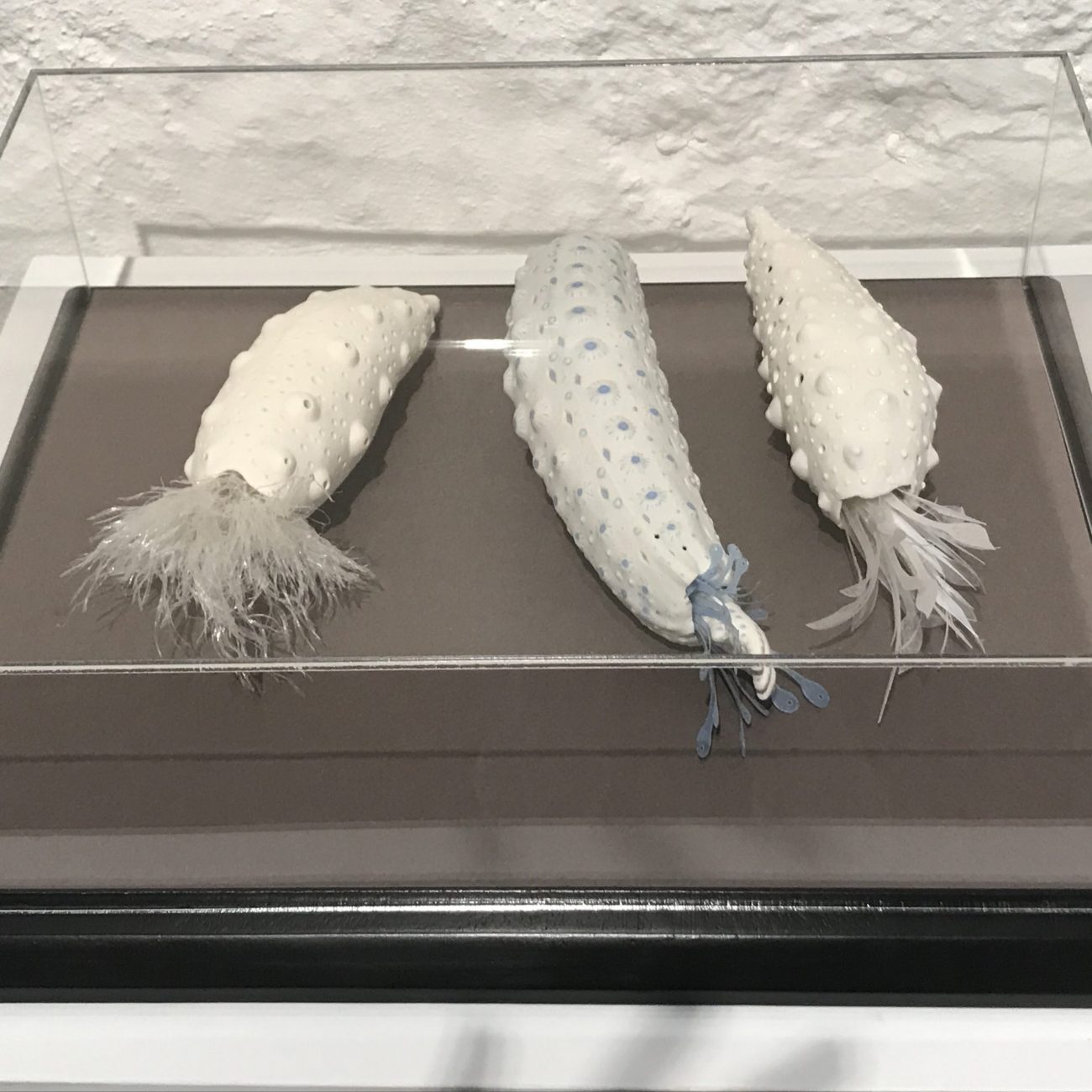 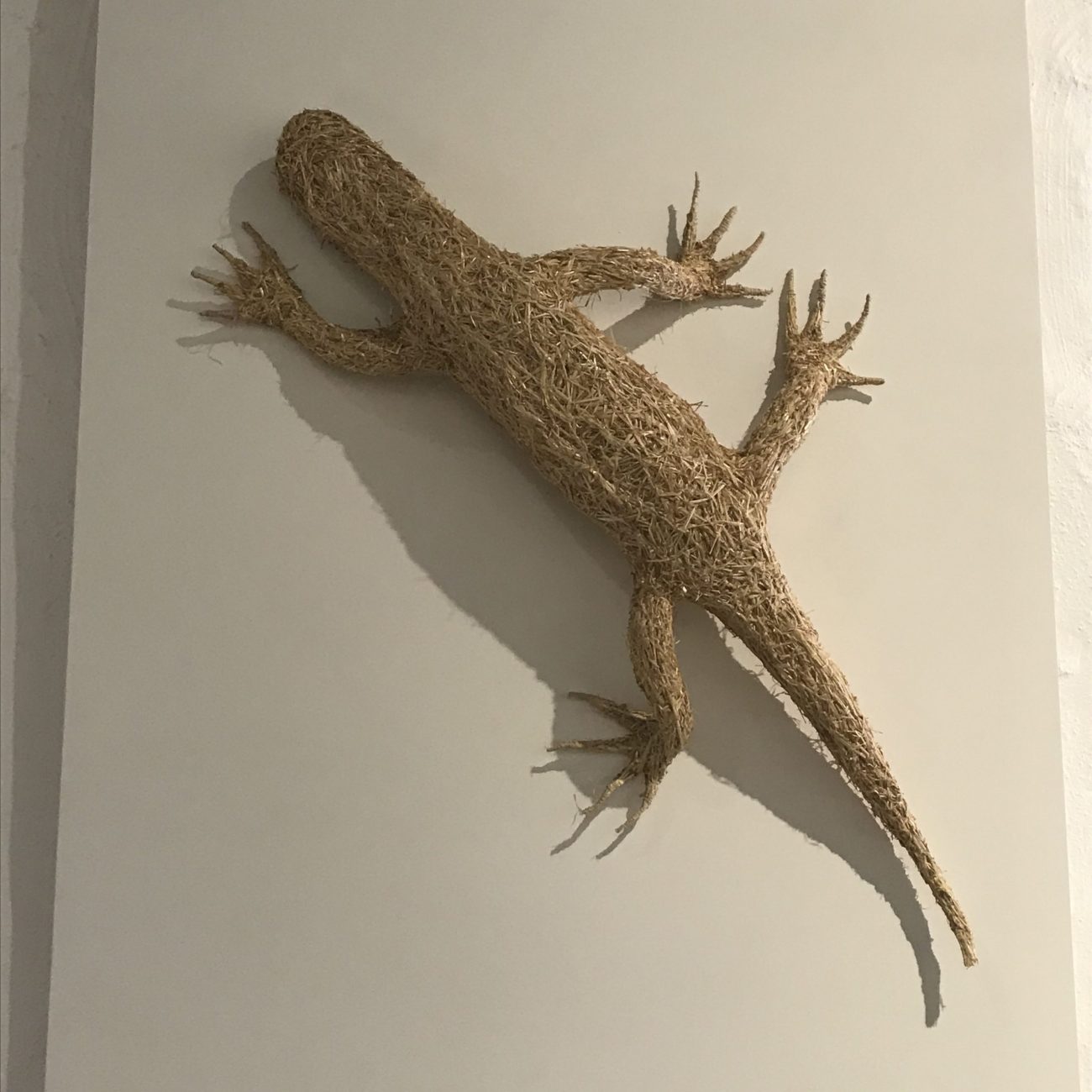 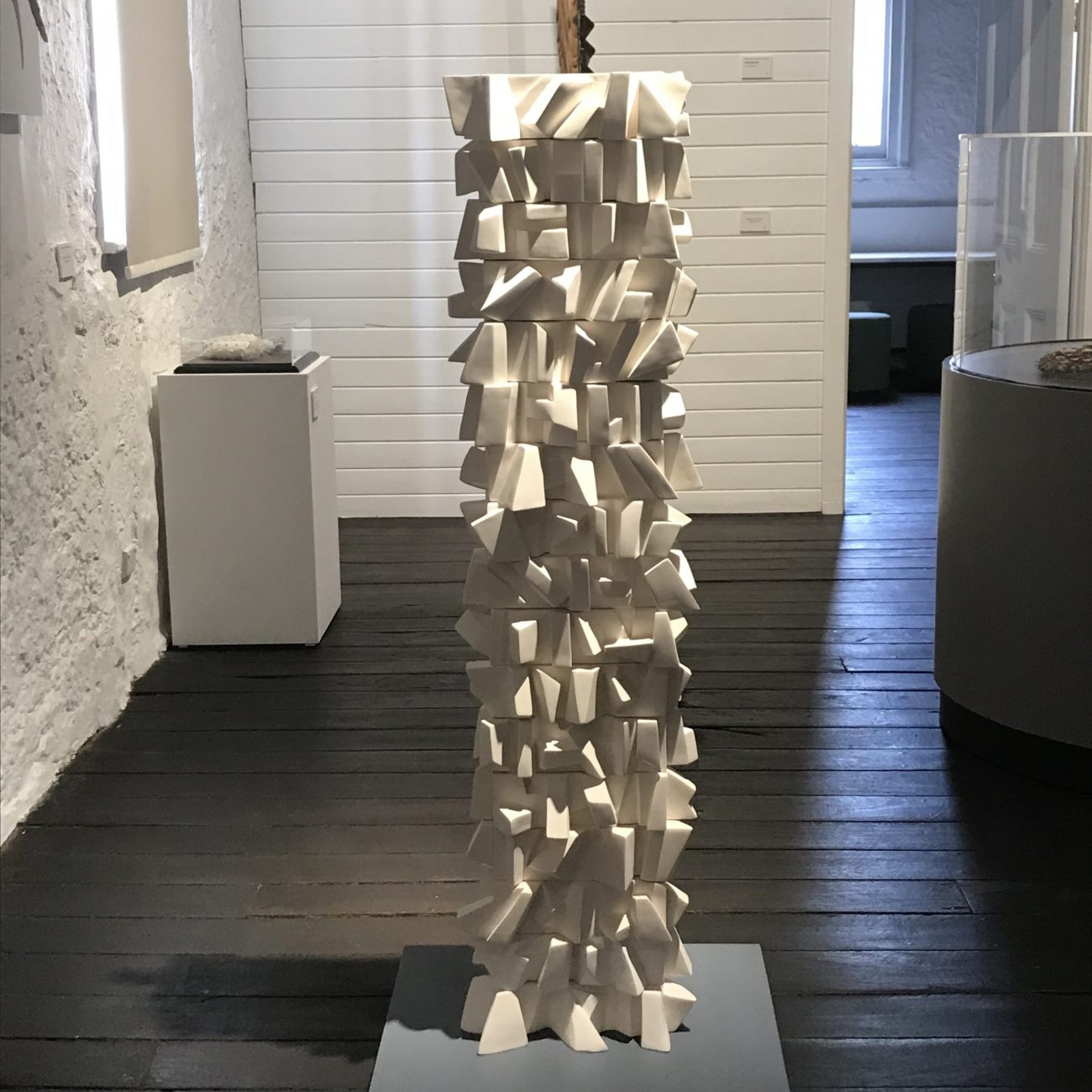 Exhibits range from 40,000-year-old Aboriginal artifacts to a charred Corona Beer bucket. There is a Lighthouse keeper’s jacket, the original millstone, whalebones, an interesting map, old photos of prisoners and holidaymakers, together with contemporary art and sculpture.

There is a theatrette, with audio experiences and an interactive touch screen for kids.

You may be wondering what a Corona Beer bucket is doing in the museum?

On 26 March 2020, Rottnest Island became a quarantine island for Australian citizens aboard the Vasco de Gama cruise ship. Two Wadjuk men performed a smoking ceremony for the Island’s transition to COVID-19 pandemic quarantine facility. The only small vessel available to perform the smoking ceremony was a Corona Beer bucket.

The 1697 Dutch map of Rottnest is fascinating. It is upside down in relation to North, the north pointer facing the bottom rather than the top of the page.

Acknowledging Rottnest/Wadjemup’s complex history, including aboriginal heritage, presents opportunities for reconciliation. Nearly 4,000 Aboriginal men and boys from all over Western Australia were incarcerated in the Quad Aboriginal Prison, where almost 380 died and were buried in unmarked graves on the Island.

For Sculpture at Wadjemup, Artists from Fremantle’s Sculpture at Bathers exhibition were invited to exhibit artworks as part of the refurbished Wadjemup Museum and landscape project. 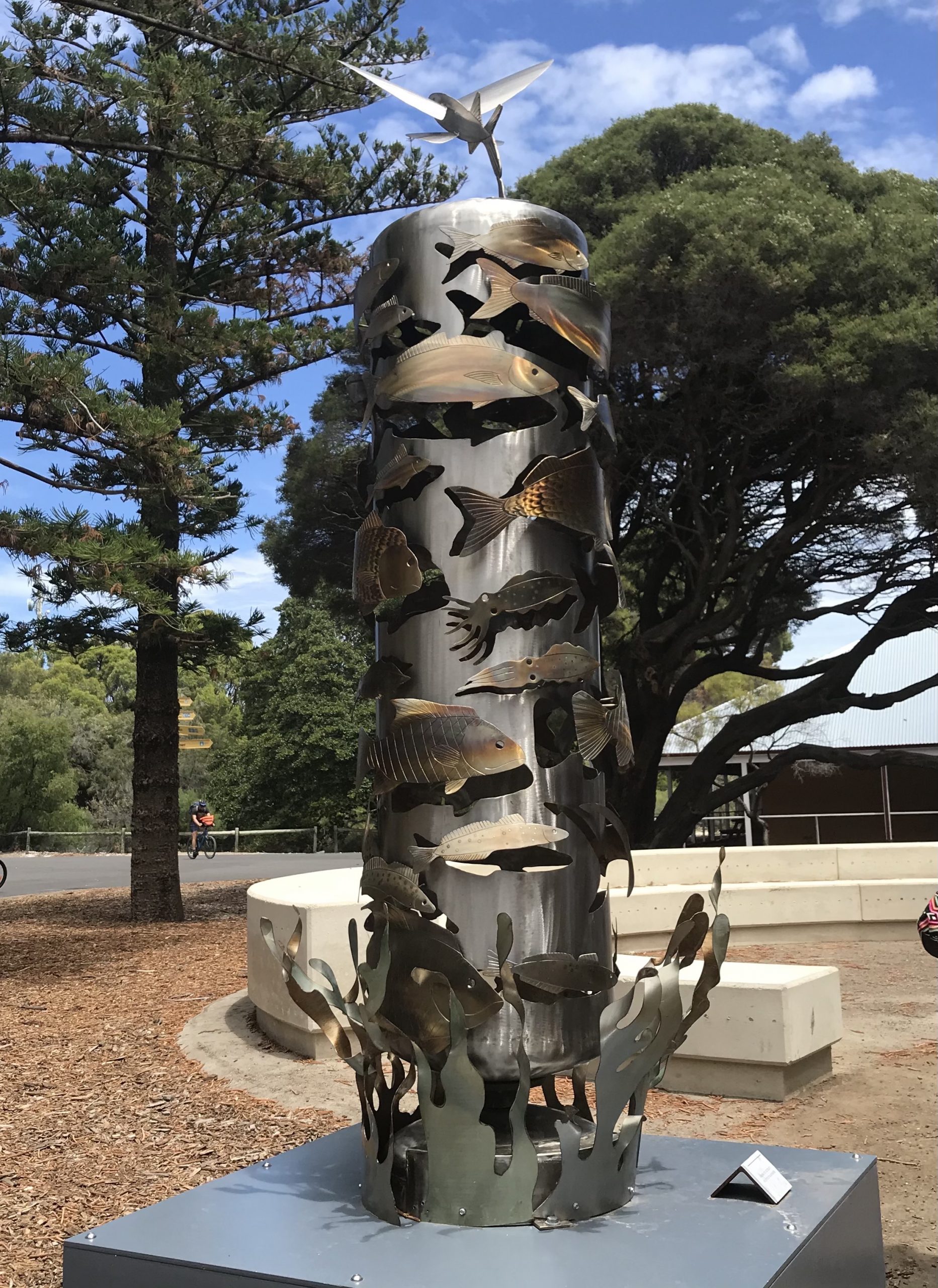 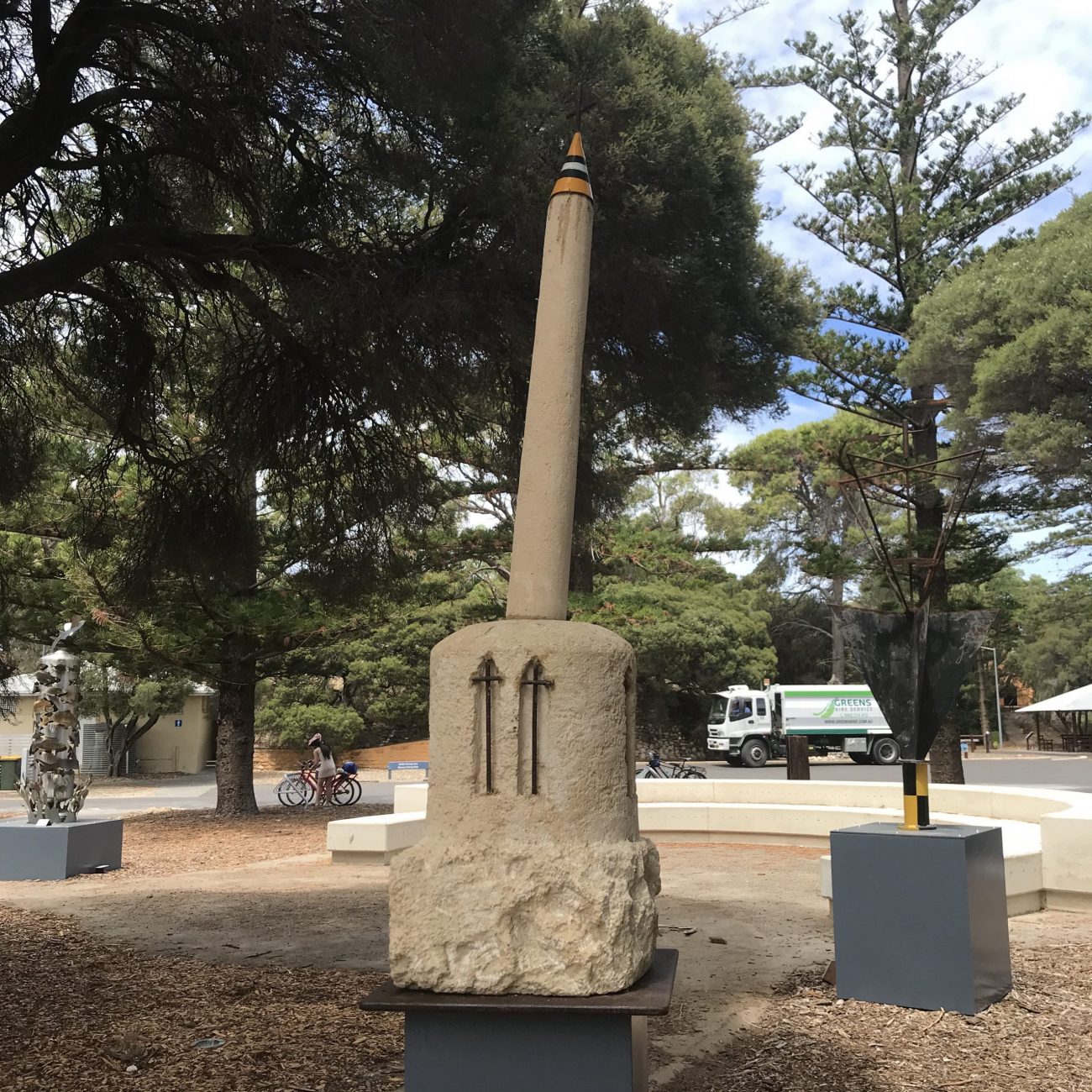 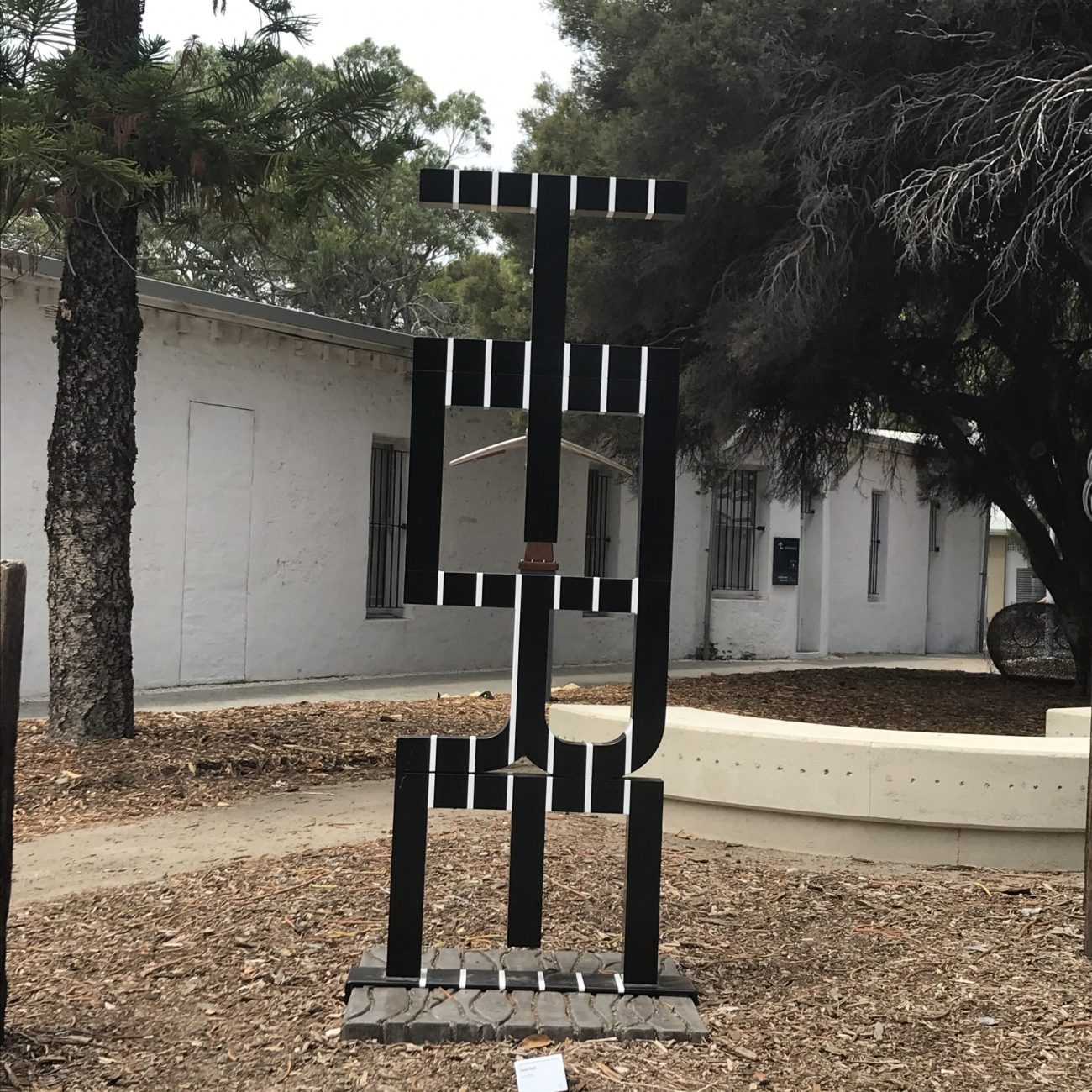 Many of the selected works in the exhibition focus on the Island’s natural environment, including animals which are both prehistoric and current. There are references to Aboriginal heritage dating back thousands of years, the Island’s central role as a colonial prison, and World War 11 defence sites.

Contemporary art reflecting the Island’s past and present, found at the exhibition, assist with our perceptions of the Island’s heritage and how it can evolve.

A Rottnest Guide is on hand to assist with history and queries.

Entry is by donation.

Sculpture at Wadjemup runs until November 2021. The sculptures are both inside and outside the museum and may be purchased – but I hope they stay.