Well, I’ve been promising you this report for a while now. Cruise ship-ing in a time of Covid. Sans the Covid. Sort of.

Yes, you can do it. In Western Australia at least.

Where exactly? Your undercover reporters have just returned from a Wyndham-Broome Kimberley coast adventure. 9 nights. Lots of Zodiac-ing. The exceptional helicopter ride. And a fast boat! We are a tad fitter!

Was it fun? Yes. And we learned lots and visited places you’d otherwise be unlikely to visit because of their remoteness.

We aren’t professional cruise folk, but there were a few on board. This cruise, however, was a little different from the usual, as our destination wasn’t just a ship with all sorts of onboard entertainments that took us out to sea to enjoy them, but a ship that took us around an ancient coast and daily took us to shore to engage with the natural world and cultures ancient and newer and had you marvelling at the great experiment evolution has been running with the human species in relatively recent times, for the past sixty and more thousand years give or take a few! 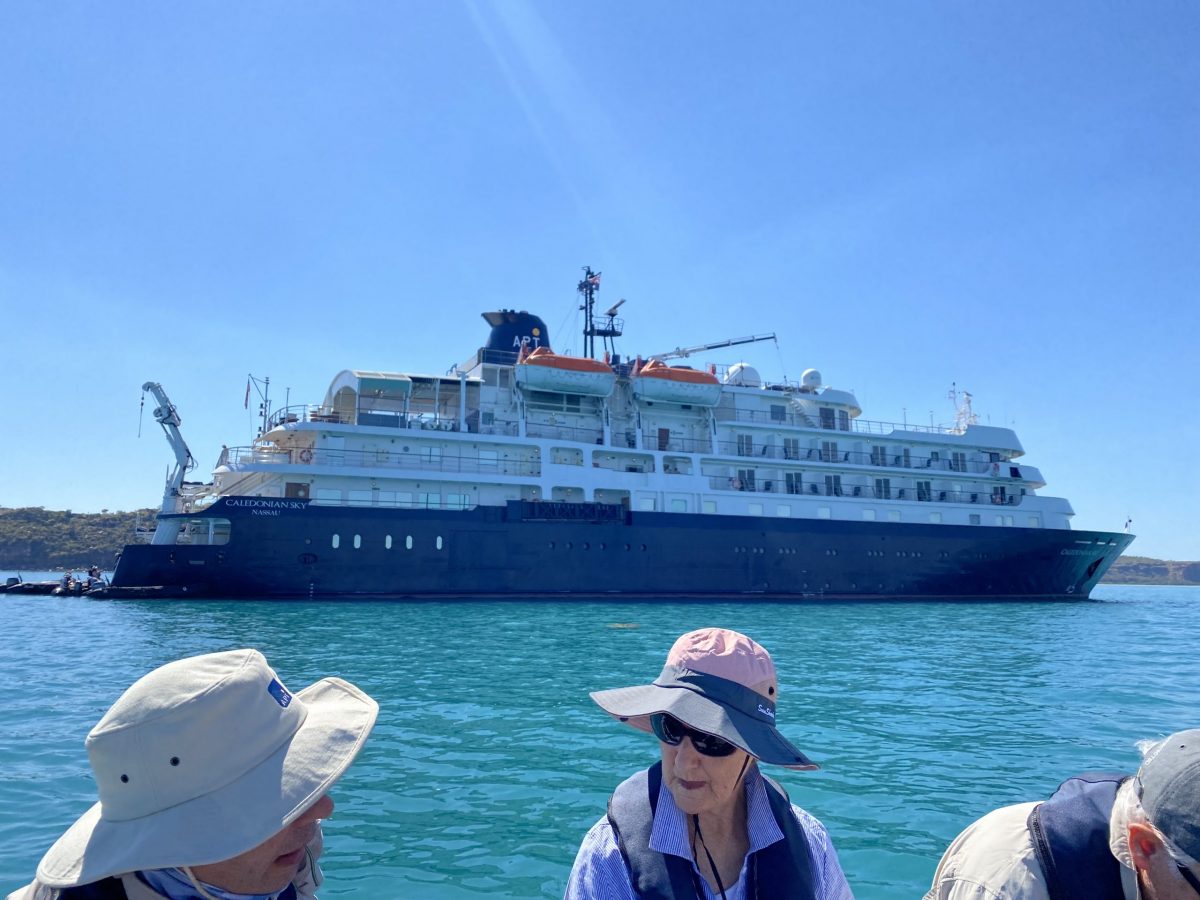 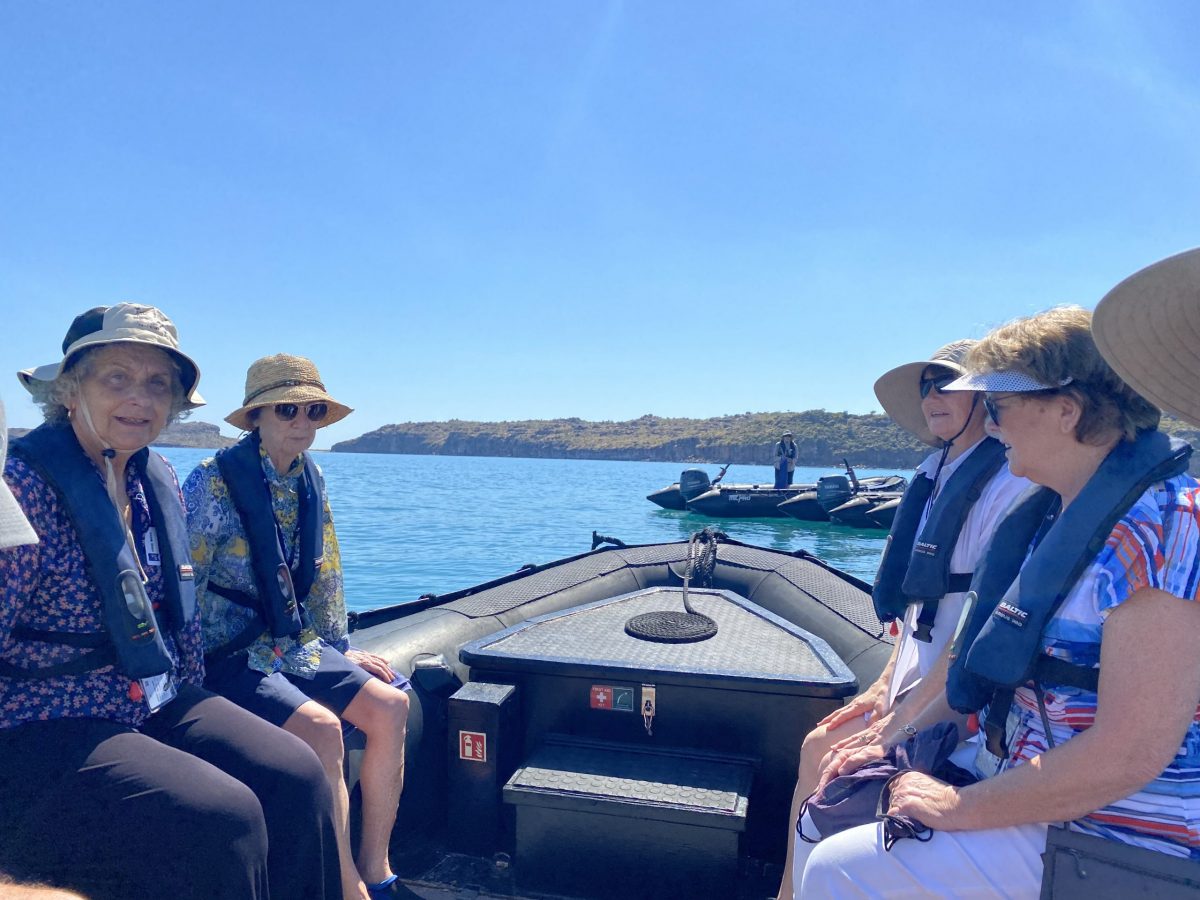 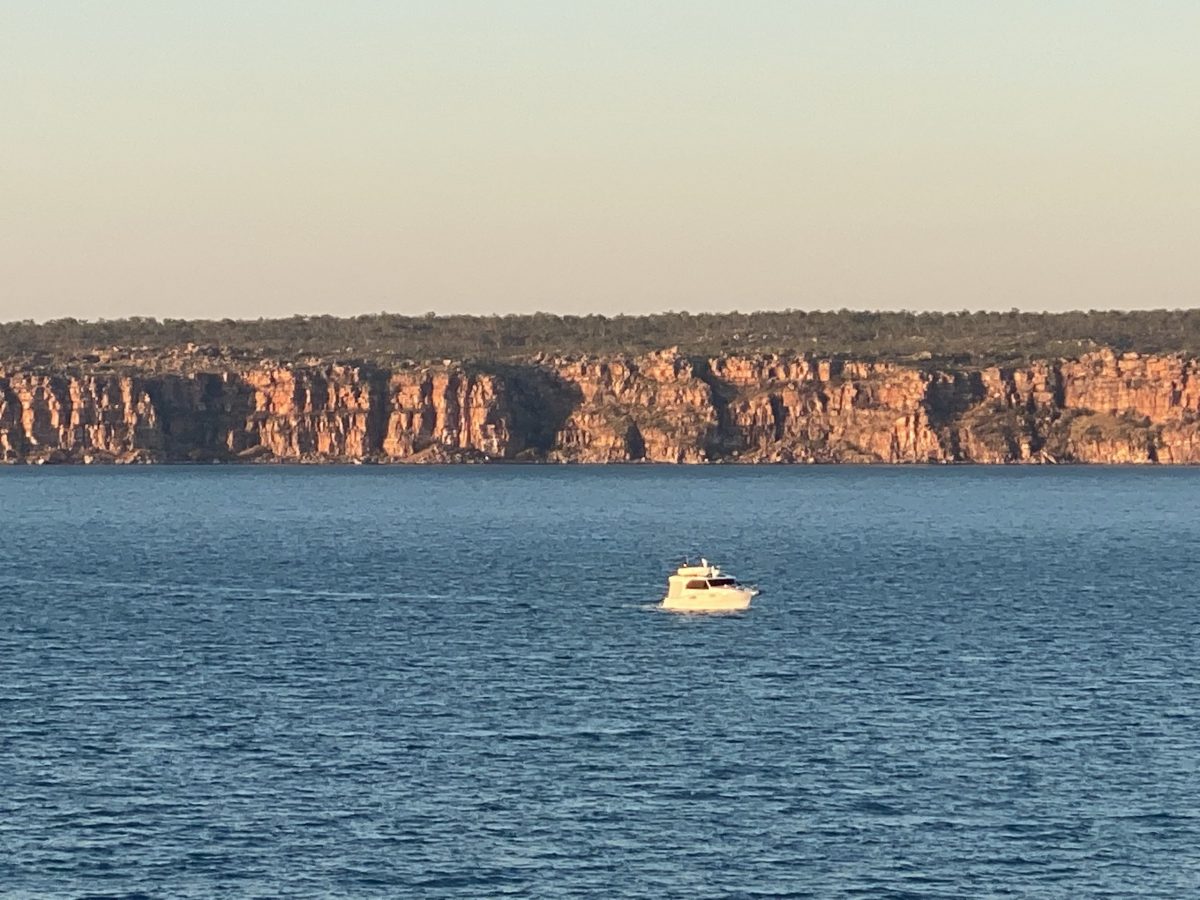 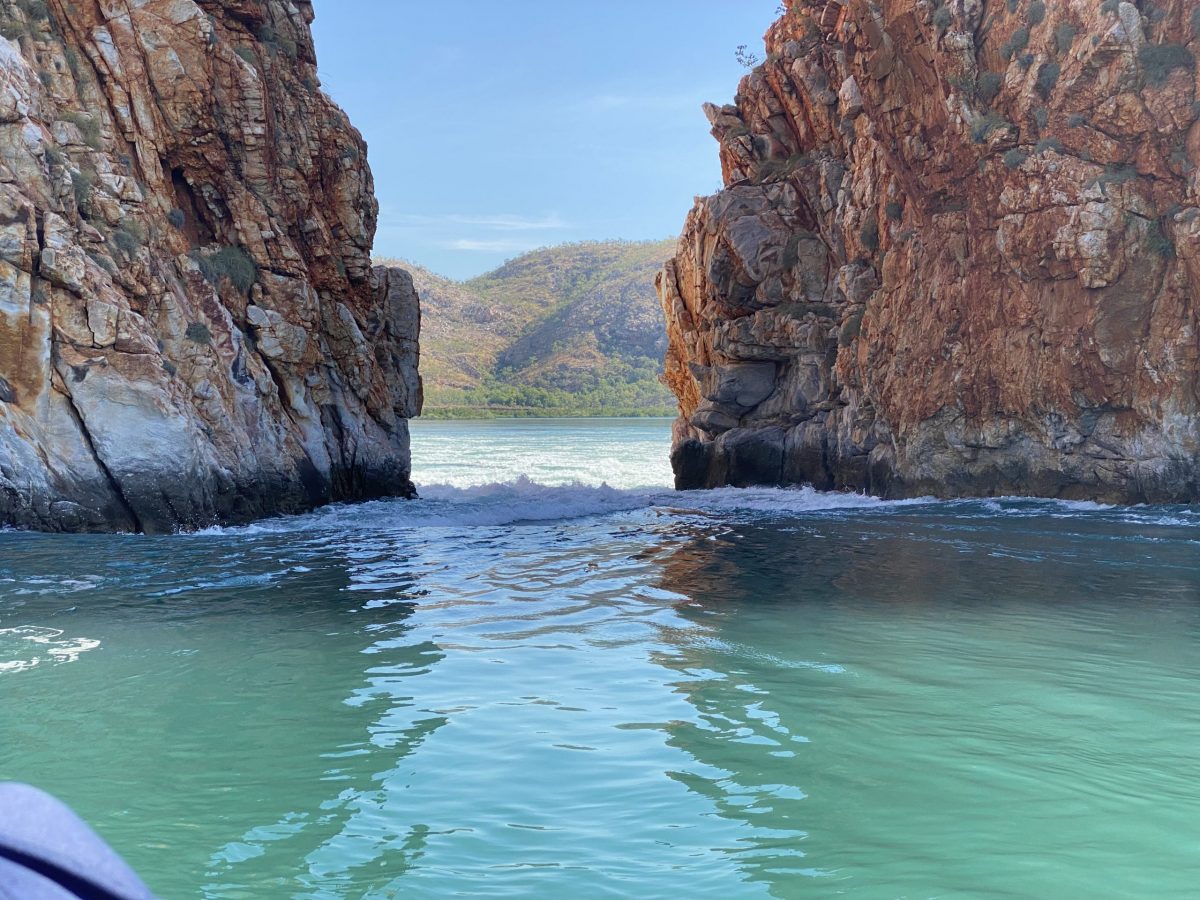 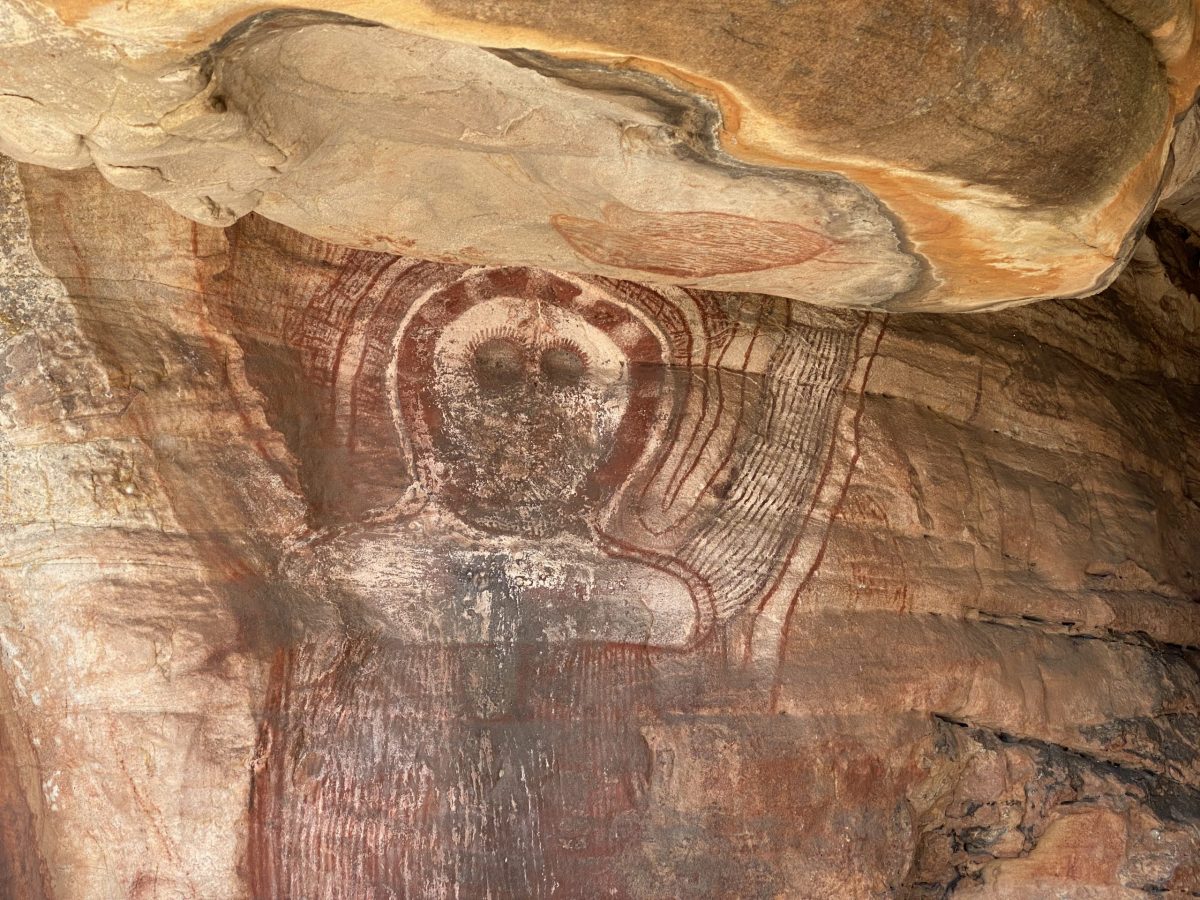 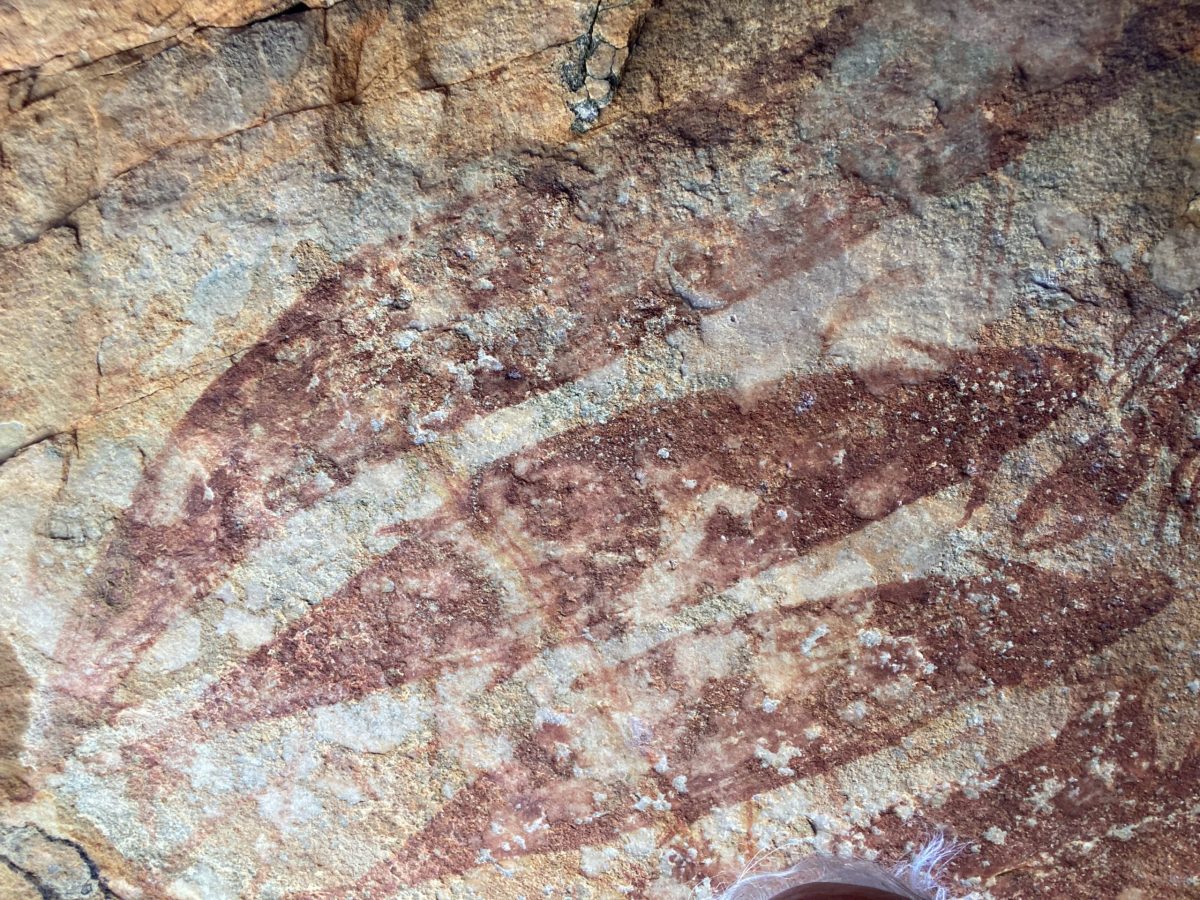 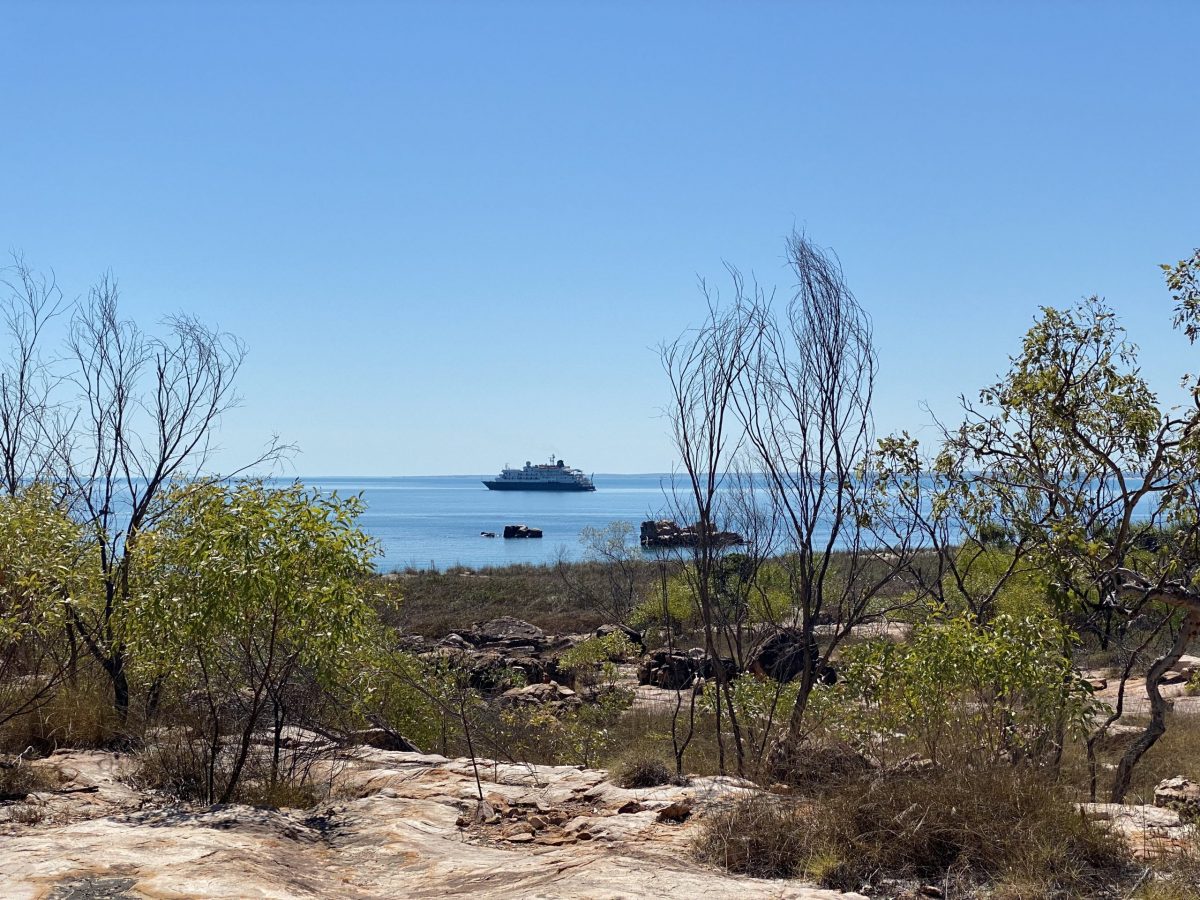 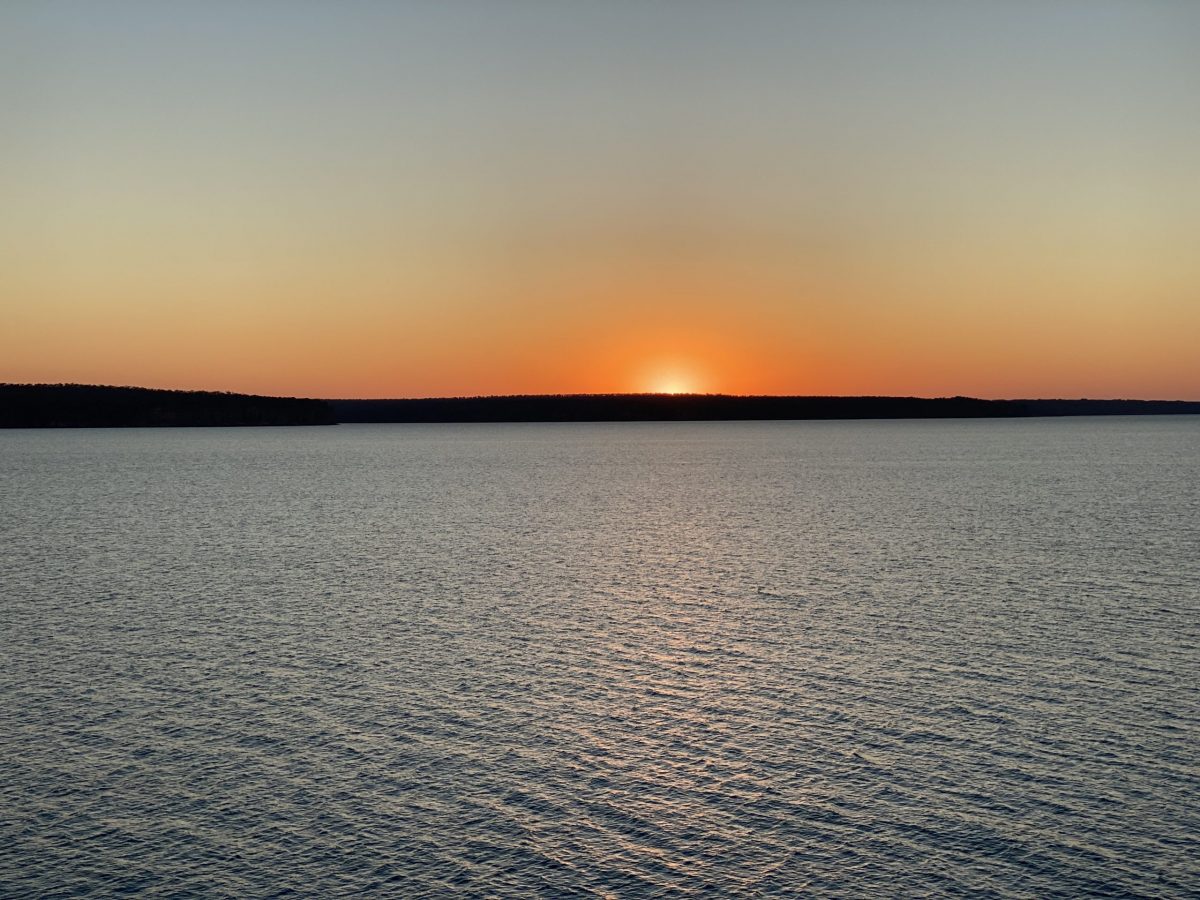 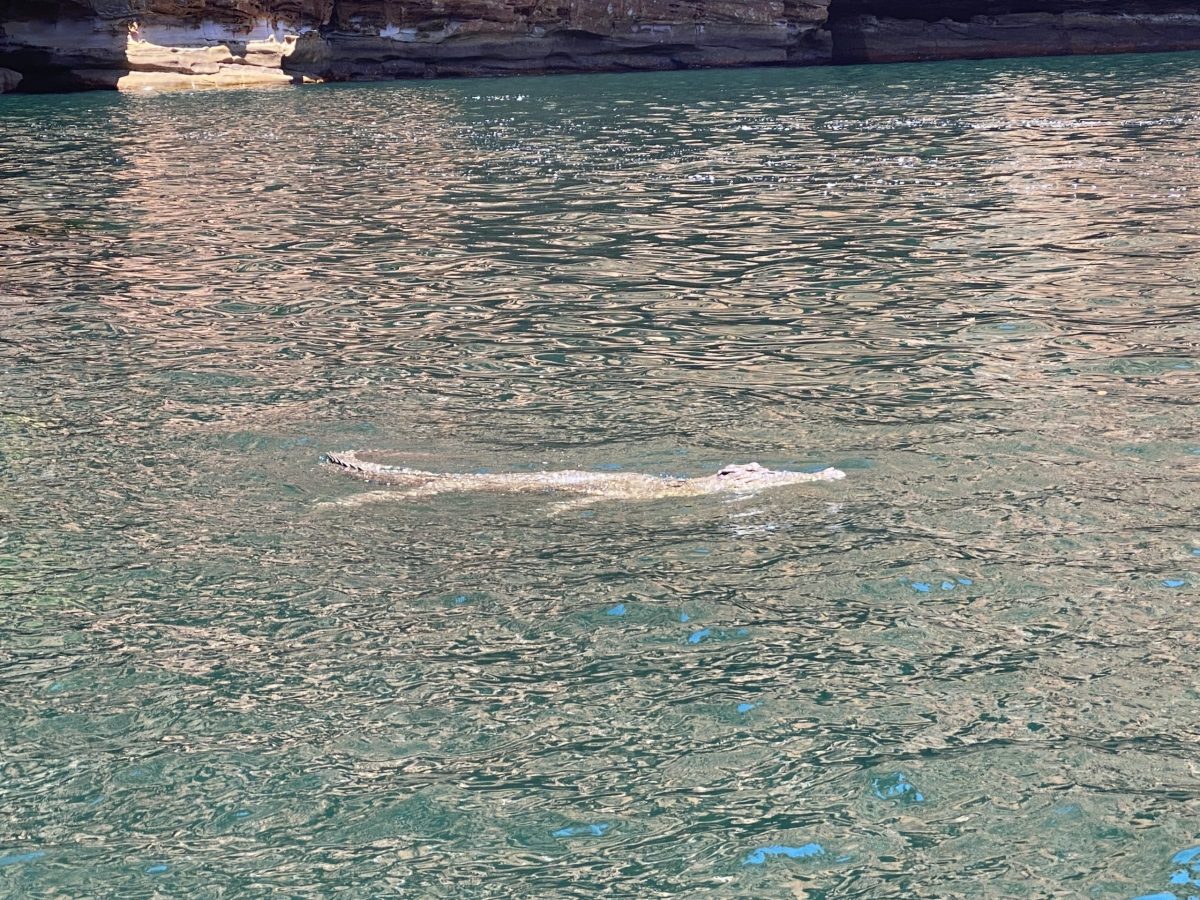 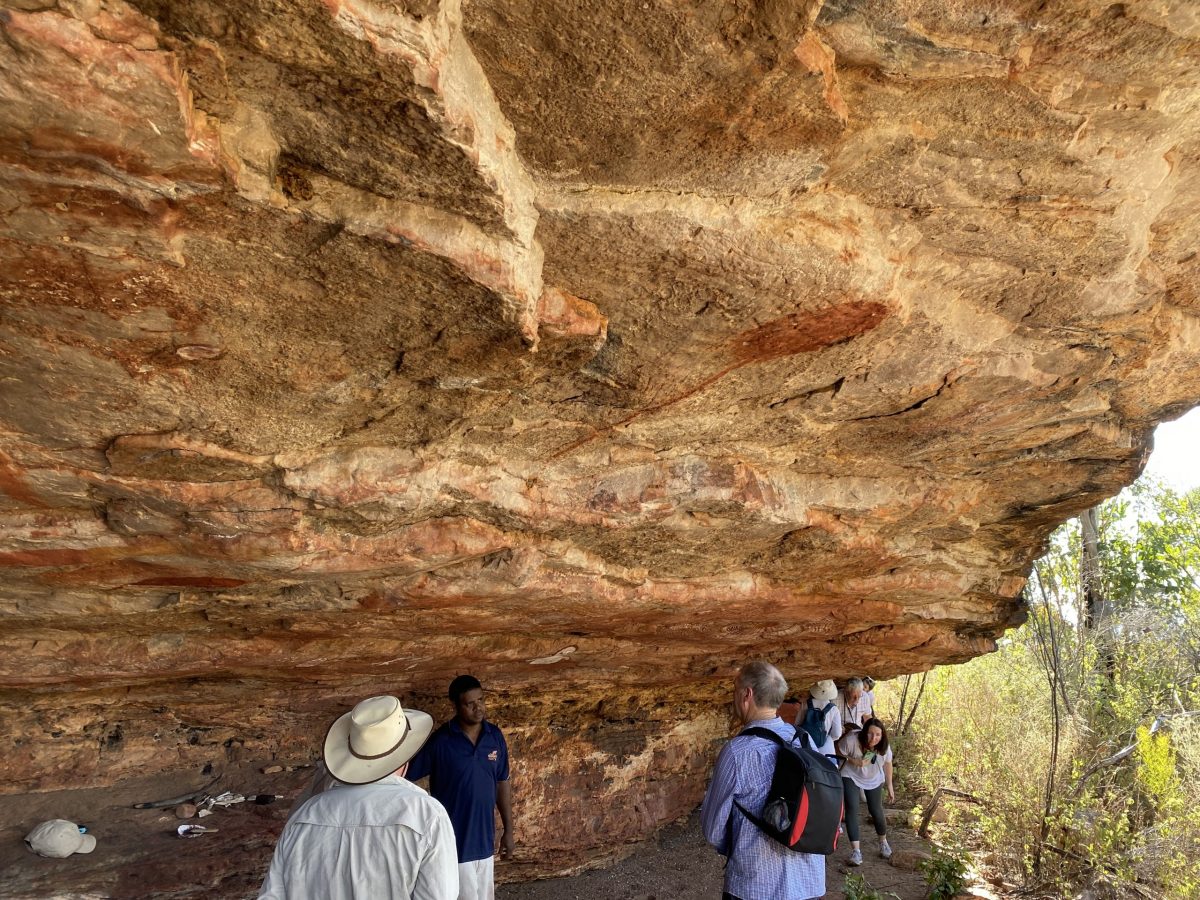 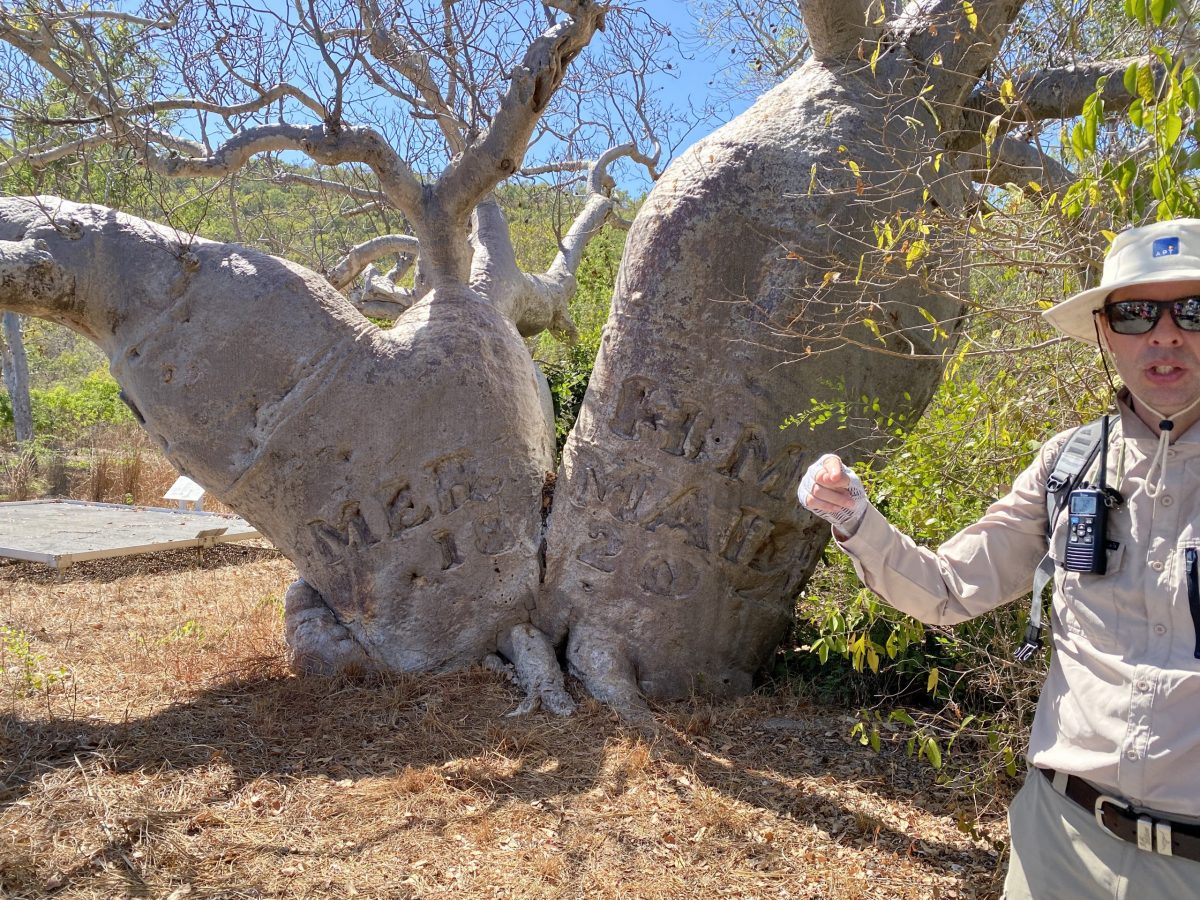 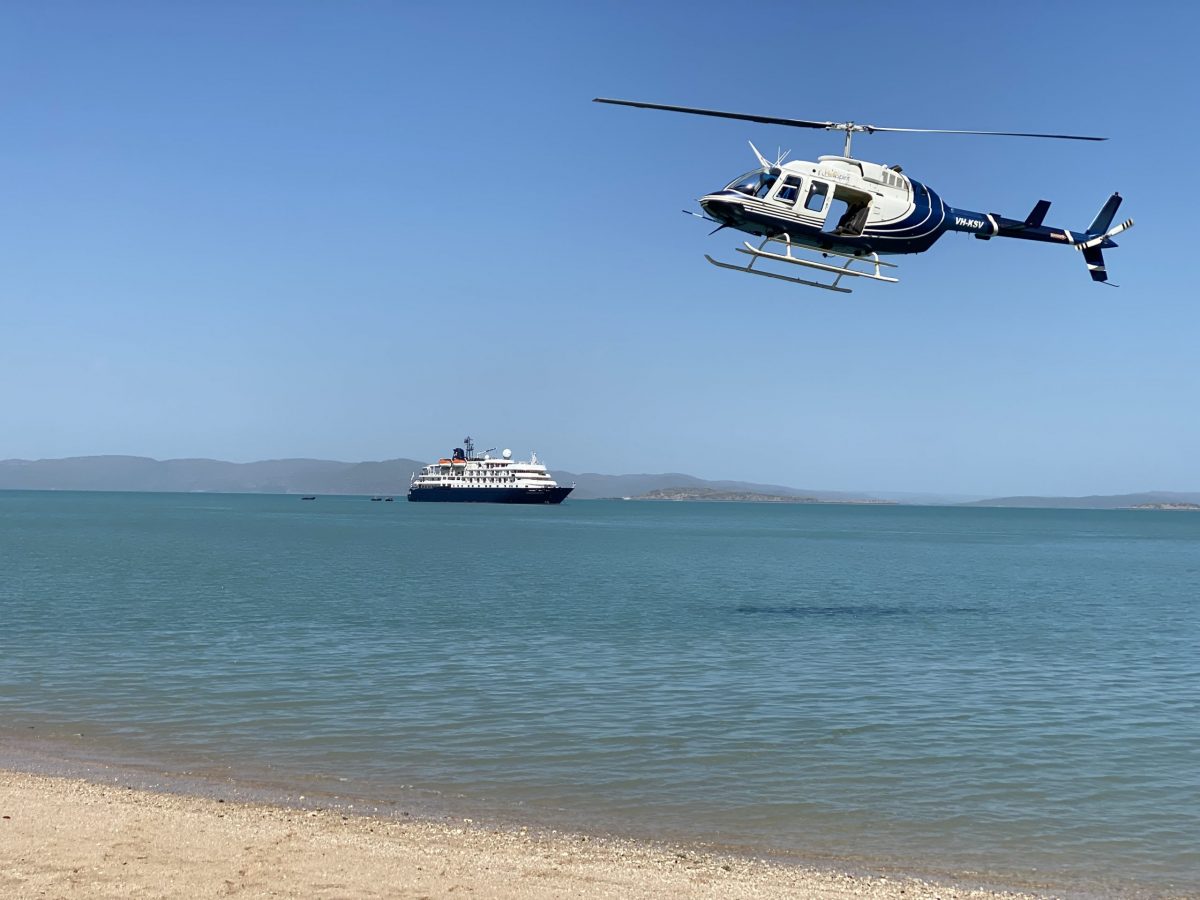 We got to visit indigenous sites with the permission of the Traditional Owners. And also to meet those owners along the way.

We also got to meet, albeit 200 years or so after the events, the likes of PKK – Phillip Parker King – who sailed in these parts, out of his home port of Sydney, charting the coast better than Flinders did and assigning British names to as many key features as he could – like Prince Regent River.

We saw the centuries old boab tree at Careening Bay where PPK’s tiny HMC Mermaid was repaired and the cutter’s name and the year 1820 were carved into the tree during the idle hours.

We saw crocs and seabirds and landbirds and old rock formations and low tides and high tides and whales and flowers and trees and Wadjina art and Gwion Gwion art and and and … so much more.

Most importantly, for sun starved Fremantle people, we saw beautiful blue skies and felt a constant warmth around 35 degrees Celsius!

And we were treated to informed seminars led by our expedition leaders on everything from the bombing of Darwin and Broome to a deeper understanding of Indigenous culture. Not to mention how Sea Shepherd’s MY Bob Barker and MY Sam Simon in 2014 chased down the evil Thunder for 110 days all the way from Antarctica to near Nigeria before the Thunder’s skipper scuttled the illegal catcher of Patagonian tooth fish in the depths of the Atlanta Ocean to avoid capture.

Was there a high point amongst all this adventuring? Each will have their own. For me, it was the Montgomery Reef. Never heard of it? Nor had I. And even with photographs and a better description than this, I doubt I could onvey anything like what I experienced! When you zodiac in on the right tide you get to witness a righteous reef rising out of a reflective Timor Sea. With the water rushing off it in torrents. Lots of small Niagara like waterfalls. Eddies. Rapids. Rays and turtles around the Zodiac. The odd frigate bird. A few lone egrets standing sentry on the reef eyes out for something tasty. Something poetic, something elemental about it. Something quite unexpected.

And named after a medico on PPK’s boat who copped a spear from a local Worrorra warrior who took exception to Monty stepping onto his country without seeking permission. As per most of the subsequent 200 years. 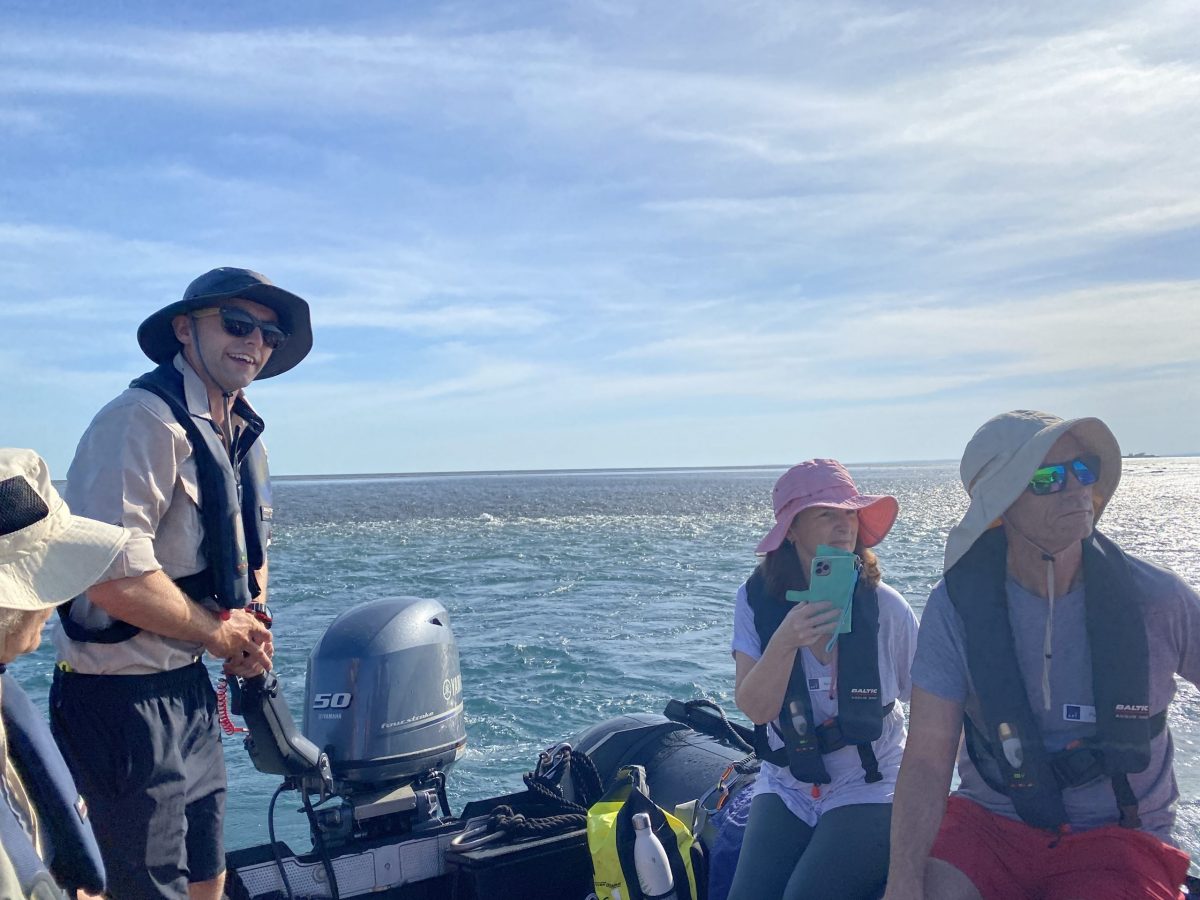 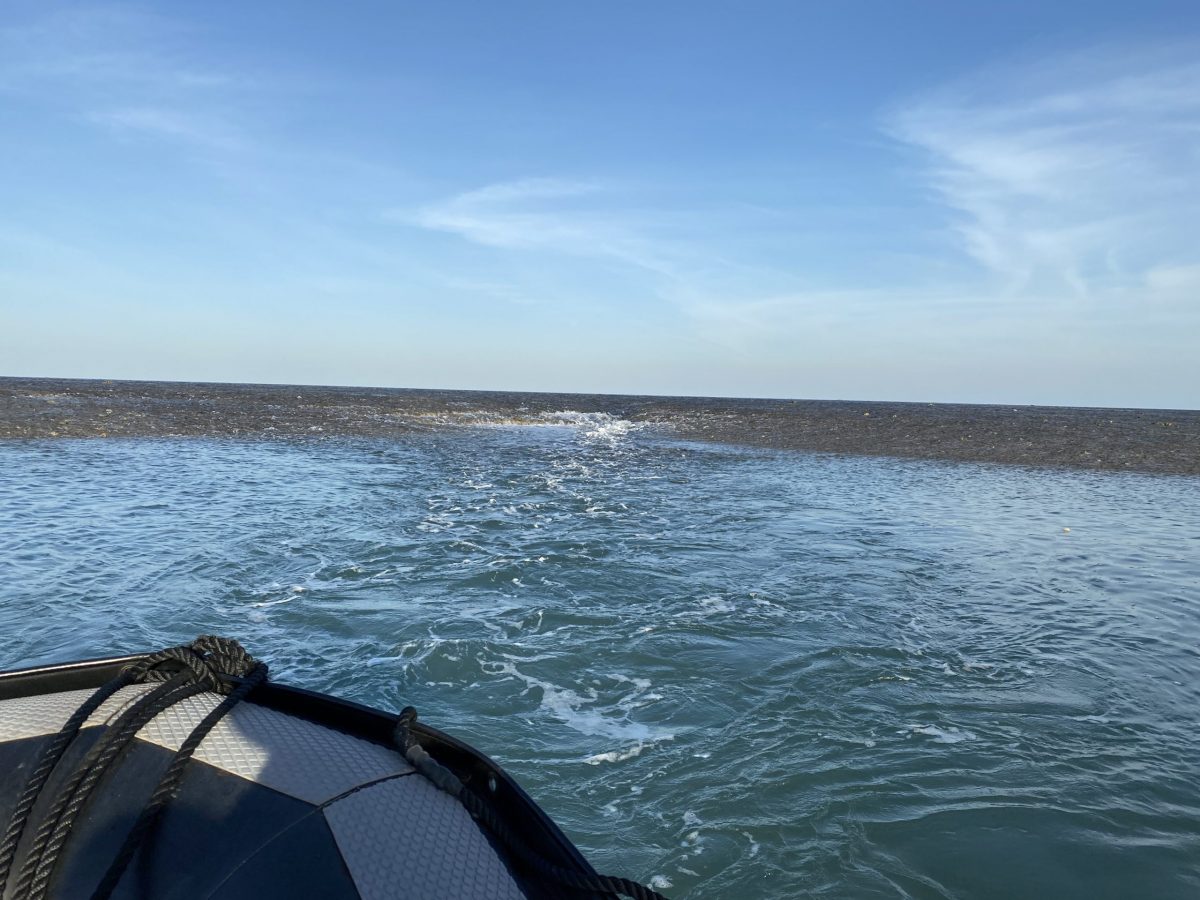 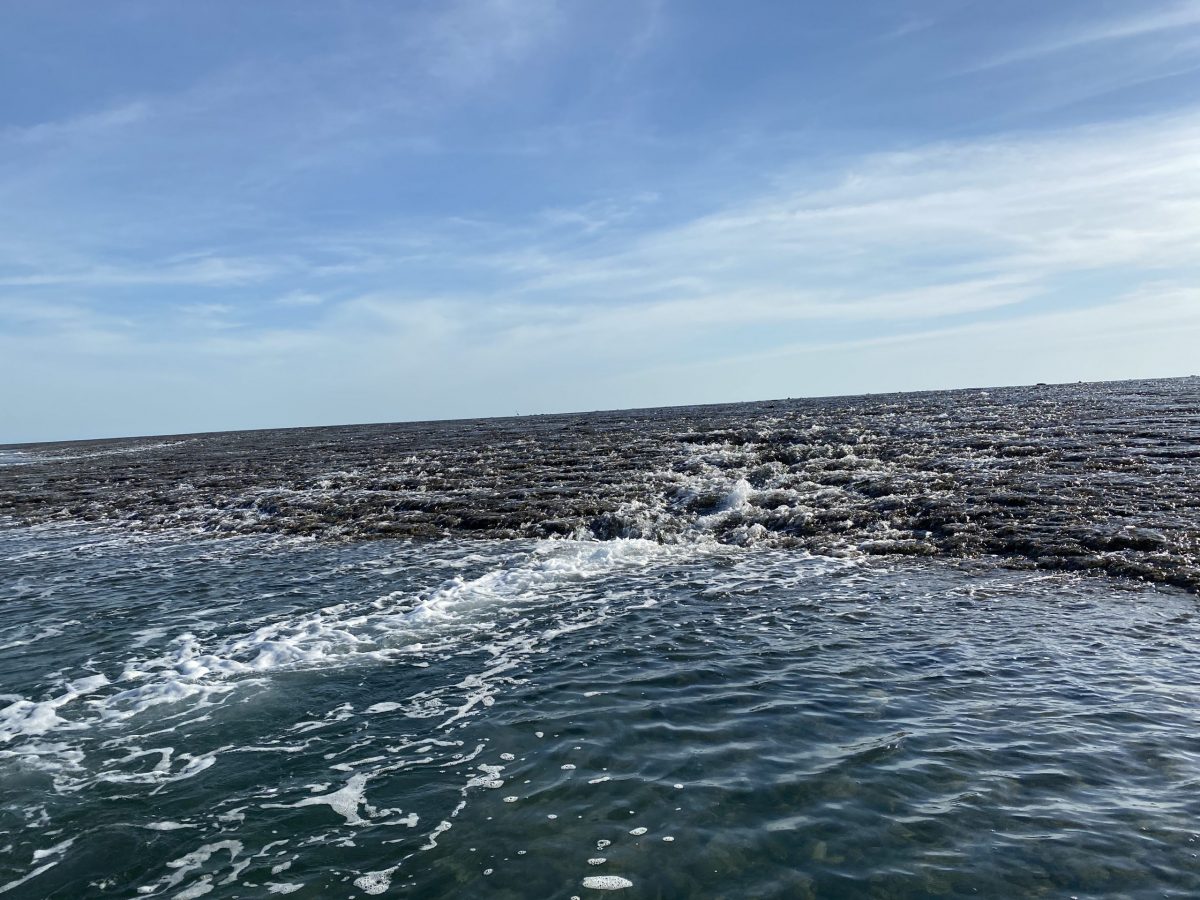 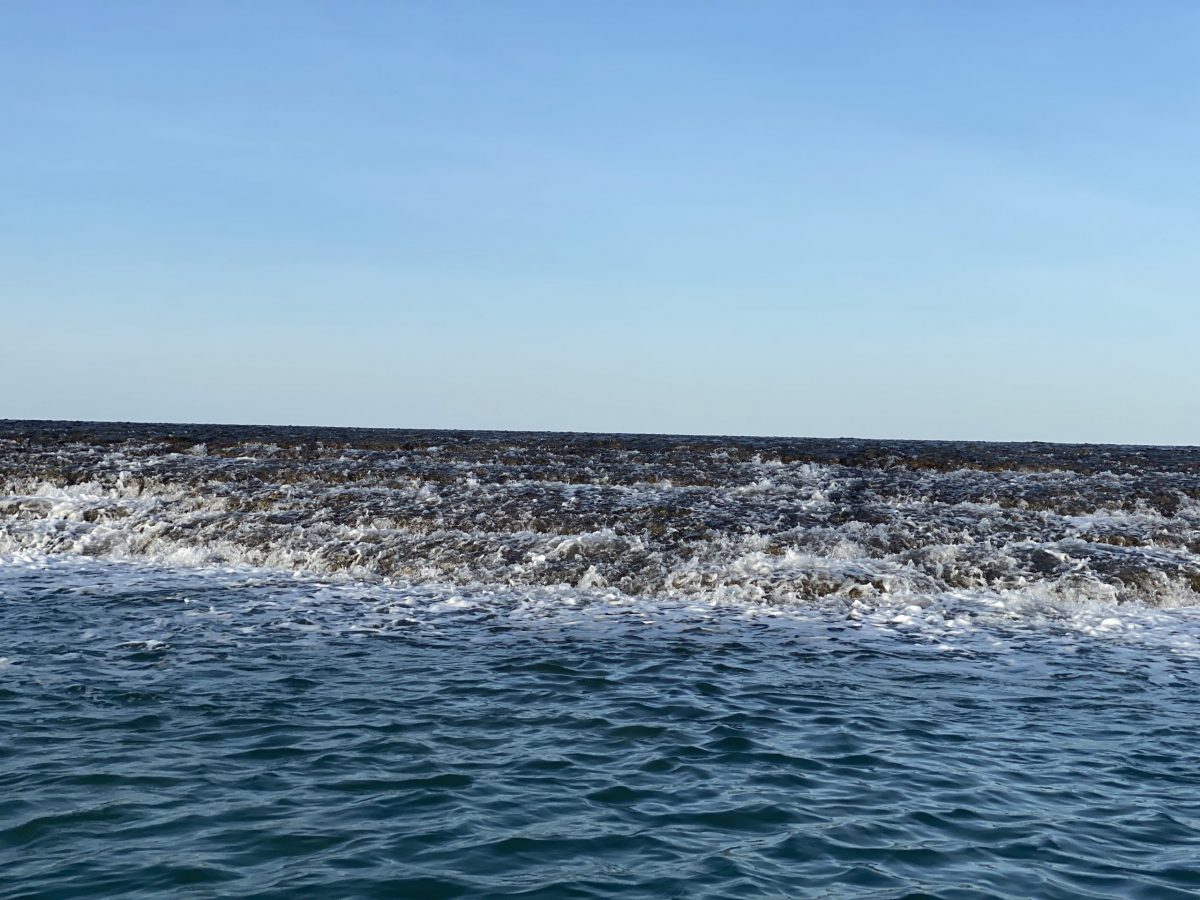 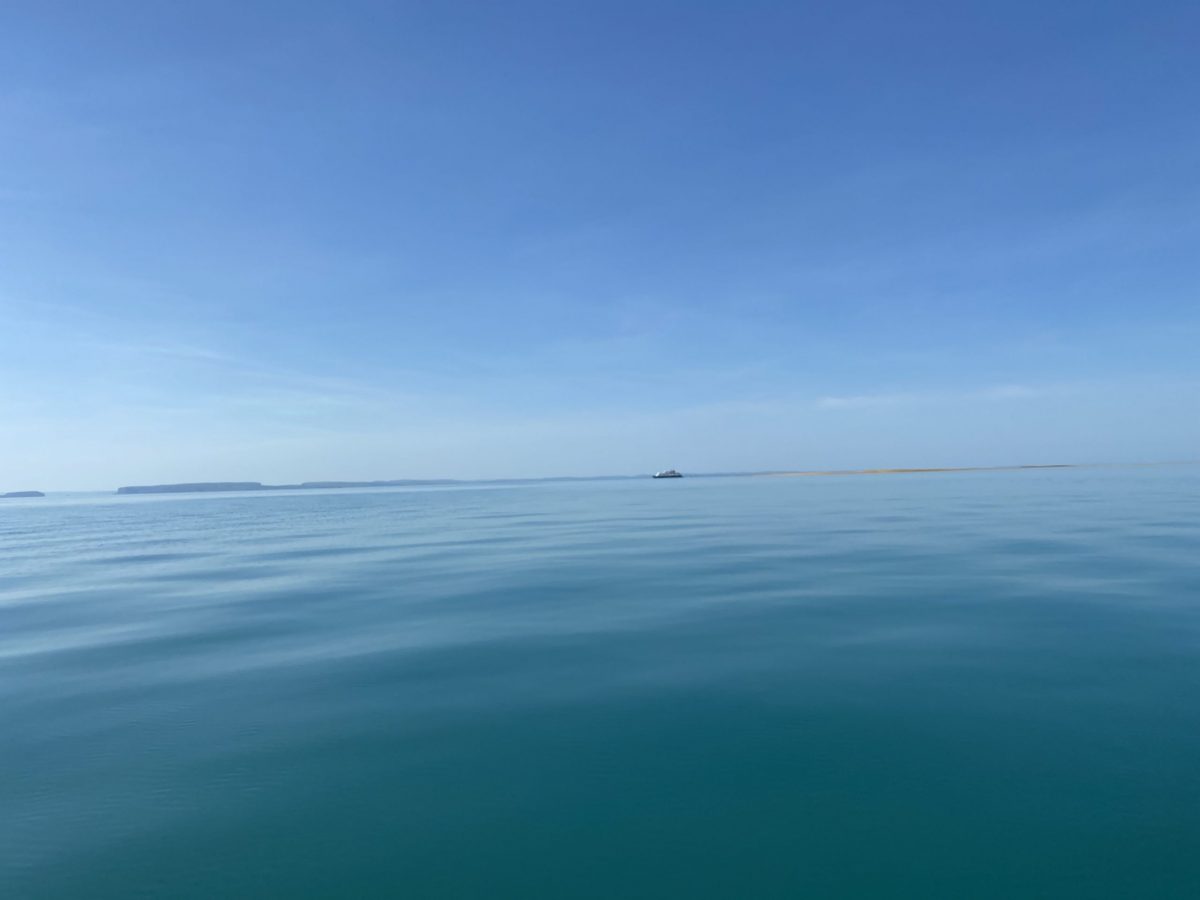 So, I hear you asking, where does Covid come into all this? In many ways, is the answer.

The vessel we were on was capable of accommodating around 100 ‘guests’. There were around 50 of us on this adventure. On its return cruise Broome-Wyndham it will be even fewer. Which, by and large, is great for the guests, as there is no real competition for space on board and a more intimate relationship with the expedition leaders and also some of the crew is possible.

But it’s hardly good for business to have half or less of the possible paying punters subscribed to a cruise, especially when you need a crew complement of 70+ regardless of guest numbers.

Federal government Covid regulations mean that vessels plying their tourist trade in Australia must comply with a range of rules including that the crew must be st least 50% Australian.

Before embarking, you must have an up to date Covid test, and be negative!

At a practical level onboard it means public/shared washroom facilities are closed off and your cabin is your first and last port of call, so to speak.

If any guest or crew feels unwell there is also the real prospect of that person being quickly quarantined onboard and, depending on onboard test results, everyone being confined to quarters. End of adventure.

Which may all go to explain why many cruising fans are still shy of cruise ships.

Of course just now it doesn’t help that it’s not easy for half of Australia’s population to come to the West to join a cruise. Covid caused cancellations of bookings from other parts of Australia no doubt help explain the shrunken passenger numbers in WA.

One senses that the level of Covid regulation in Australia will keep the cruise industry in this constrained state for some time to come. Maybe late next year will see an improvement. Time will tell.

When you add to Federal regulations State and Territory controls that kick in whenever a Covid outbreak occurs interstate or on a vessel, cruises look like remaining largely jurisdiction limited in their journeys for some time to come. Cruises out of WA ports, you assume, will largely operate just within waters adjacent to WA.

For all that the expedition cruise experience is a good one for passengers. The guests.

But there remain some big environmental and climate change issues for the industry. The attention to reducing a vessel’s carbon footprint and to making the use of resources consumed, especially food, more sustainable and less wasteful no doubt will increase.

Perhaps there’s room for a cruise that adopts Dr Tony Edis MD’s 18:6 intermittent fasting diet that we posted recently! After all many of those on cruises such as the one we have just completed are more elderly, us excepted of course, who want to live to an ageless age and know we must eat less and exercise more to keep up with our grand daughters.

And there is also the question of cost, I hear you mutter. Yes, it’s possible that when the revolution comes, those on the higher decks of cruise ships will be the first fed to the crocs! But at around $1200 a day in this time of Covid, when everything seemingly costs more, that’s not bad for a generously sized cabin, three big tucker sittings, and near constant zodiacing to all sorts of wondrous sites with wonderful guides.

So, there you are.

If you’re tempted, there are still good offerings from cruise companies until about early October when the local northerly season ends.

*This article was written by Michael Barker, who was an independent, ‘undercover’ passenger on the cruise mentioned