‘The hour should be the evening and the season winter’, writes Virginia Woolf in her 1930 essay Street Haunting: A London Adventure.

Late evening, late May. The night of the Blood Moon. Your ABC has done a special report on how to get the perfect i-phone photo of the Longest Lunar Shadow-play Of The CENTURY! But the clouds won’t part over Fremantle. So you walk by the street lights, peeking into their inevitable shadows.

Rounding the corner of Attfield Street into Wray Avenue, a Buddha statue darkens the doorway. The emptiness of the street leeches into a neighbouring garden, fallow in winter. You have seen it lush on a bright summer day, and you wonder about the health of the matriarch who ruled here the last time you gratefully accepted her chillies and her gardening wisdom offered in broken English.

When the wider streetscape is engulfed in darkness, the lit-up shopfronts could be part of any city back alley or small town architecture, so that your mind drifts to other times and places you have strolled.

In the main drag, where the walls of the Freo market are alive with painted frescoes, I’m accosted by a very tall man, slightly shaky on his feet. He is disturbed by the idea that I might be shooting a video, but happily steps aside when I assure him: ‘No, just photos’.

You have to stop at Elizabeth’s second hand bookstore, now Fremantle’s only shelter for books that have lost their homes. This is the place to meet an unknown story, take it in your care and perhaps fall in love with it. But Kindle and Google and Amazon conspire against the charms of these strangers. E-books are cheaper, they say… don’t waste more paper…best check the NYT review…dust on your shelves make you sneeze…. It will be too late to regret the cowardly retreat without a single book in hand, when the last main street bookshop is replaced by yet another cafe. 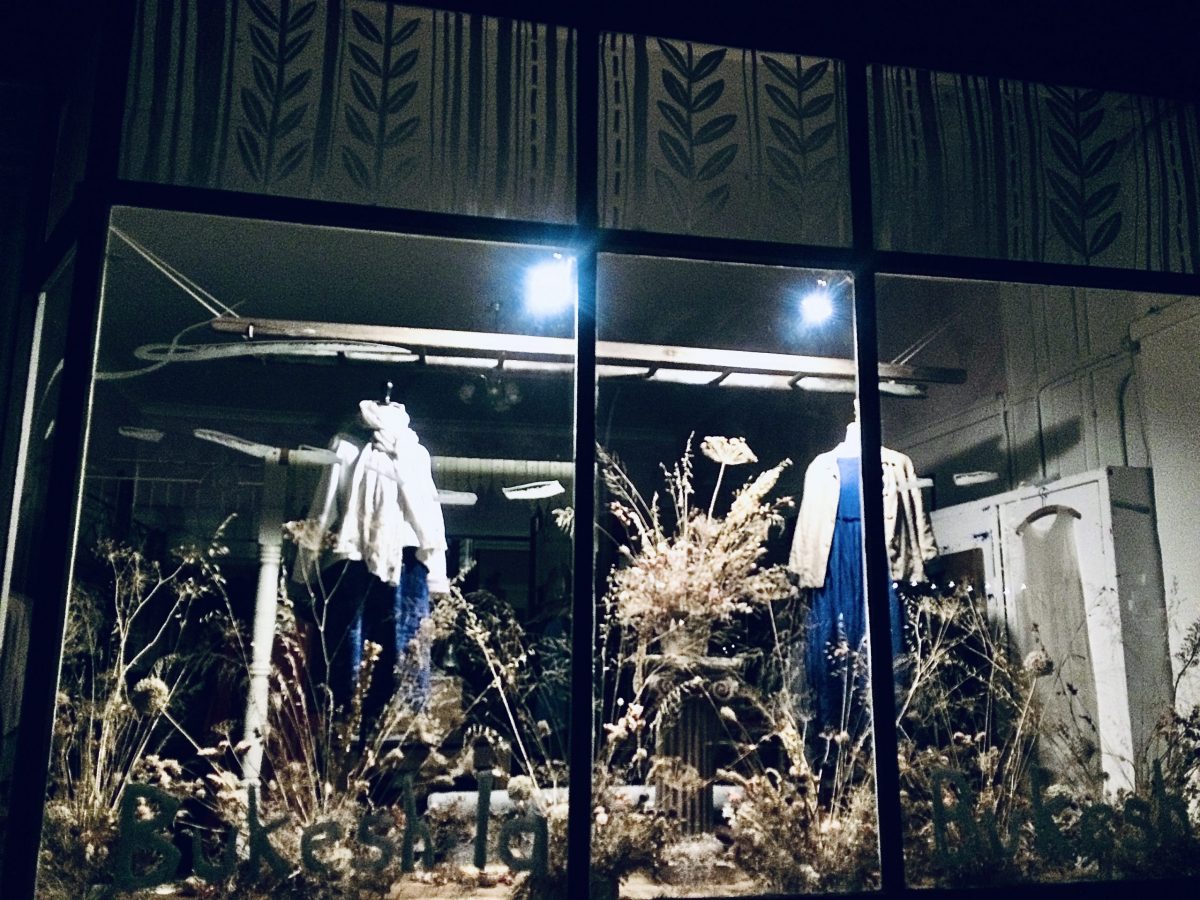 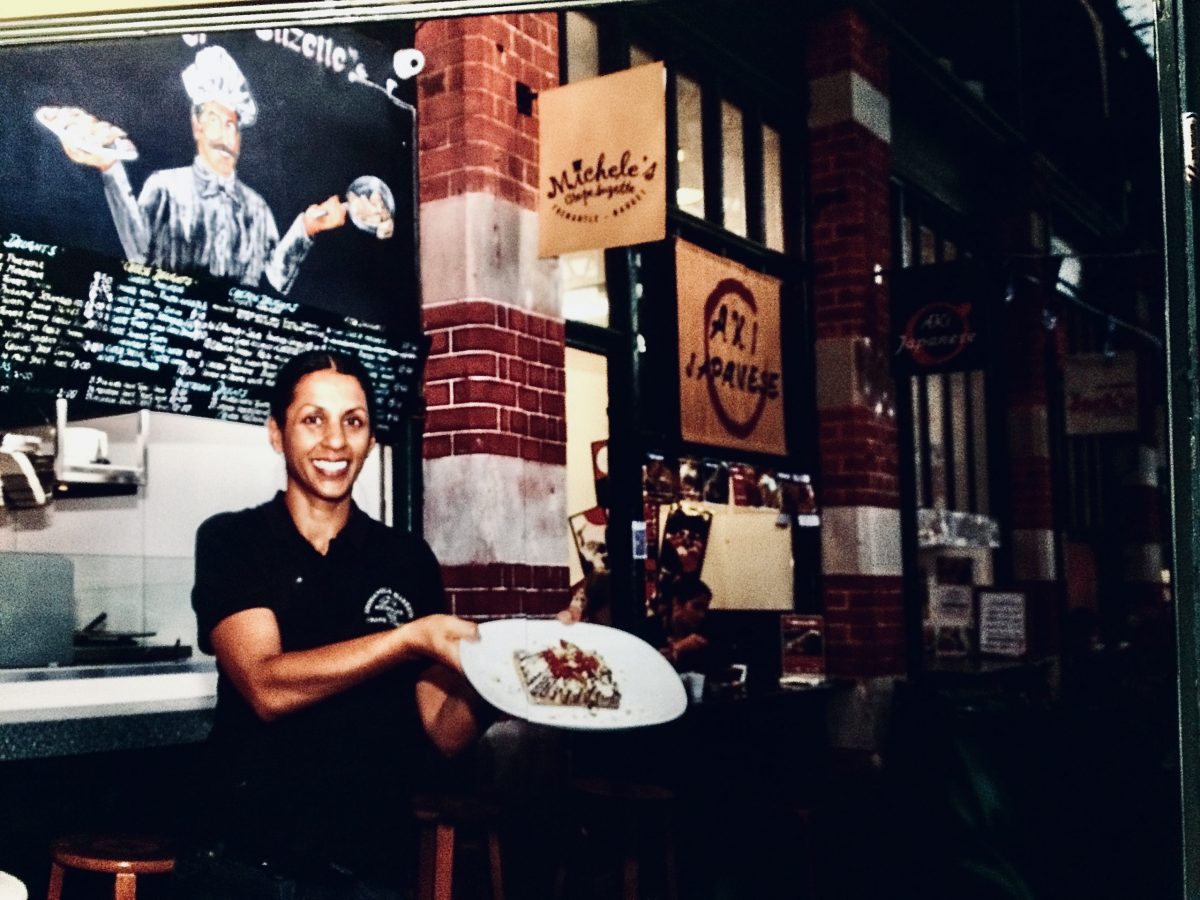 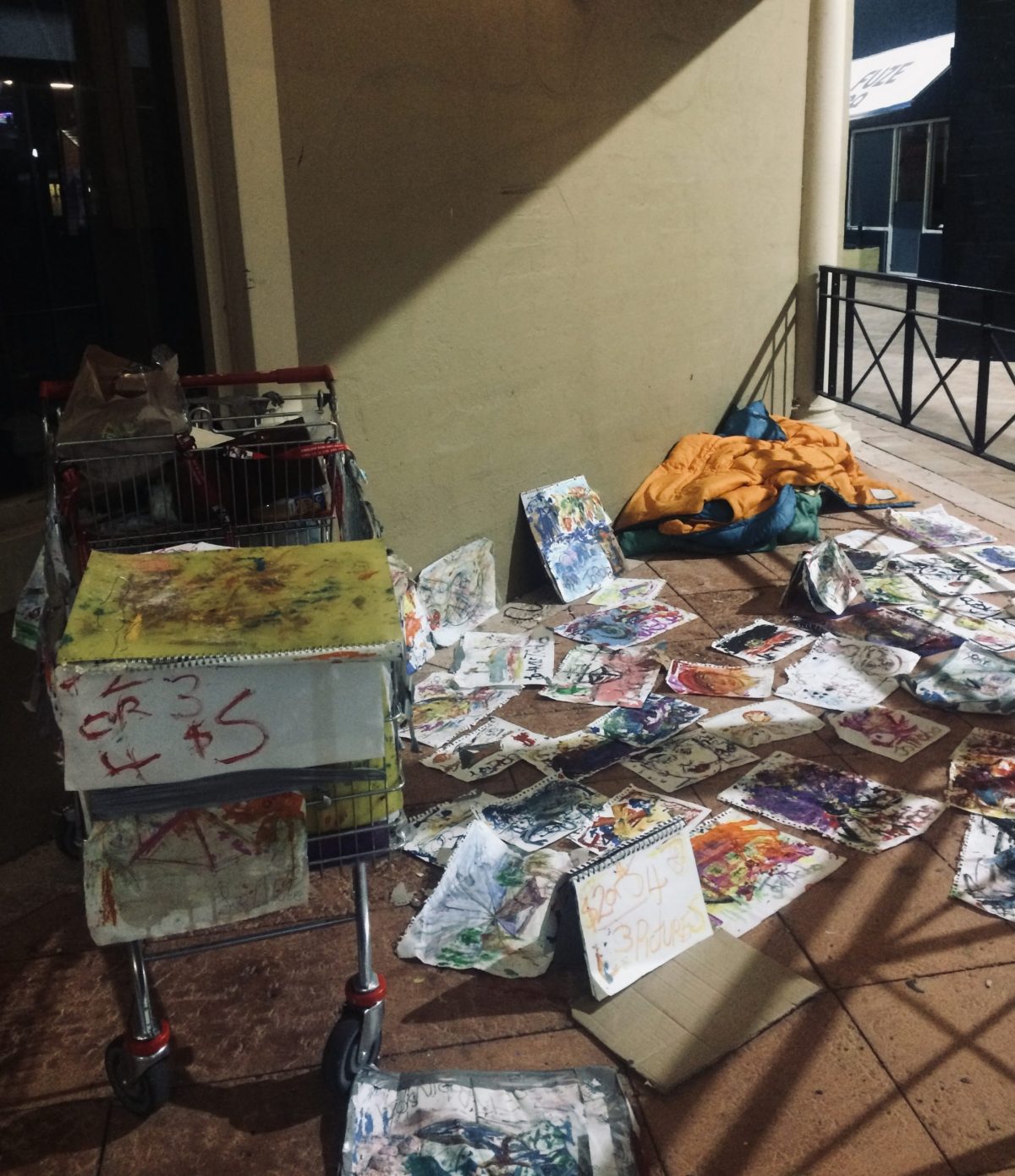 Faint light, and the hum of voices are still leaking into the street from the cluster of bars and restaurants on Market Street; but shutters have come down on most arcades and shops, except for the new pastel pink pretzel place. (Surely, no one above 13 wants to enter this temple to bland food and bad decor – why is it still open at nearly 10pm?)

At the traffic light on the corner of the High Street mall a border is crossed: to its south, the last of the diners and drinkers are heading home and to its north those with no home to go to are settling in for the night. A couple of voices call out to me from the doorway of the grand old post-office building.

Uncomfortable, I turn around and cross the street, round the church into Cantonment Street. The benches in front of the Woolstores are both occupied by slumped bodies. In the shabby arcade off Point Street, someone with children is making a bed against a wall, marking their space with two shopping trolleys.

I start walking quickly, back towards the centre of Freo. Afraid, anxious and somehow embarrassed. Woman, brown, at this hour, alone, and here where desperation is creeping in like dieback into hiking trails. To a passing driver I would look like a tramp, walking out of necessity rather than for pleasure. (At the last census, 2016, 29% of WA’s homeless were Aboriginal, another 15% were Asians, and many, many more of them were ‘marginally housed’, whatever that means.)

At the bus stop in front of Target, three women and a man of East Asian descent, carrying cleaning equipment, are talking quietly in a language I don’t understand. They are amongst the ‘marginally housed’, I guess, waiting for the last bus back to an overcrowded dwelling, in a distant suburb.

Fremantle: perfect on a summer’s day; cold comfort by the winter’s night.

* This article is written by Hurry Krishna and the photographs are hers too, except where indicated otherwise.

She has also written earlier posts for the Shipping News in the The Joy of Walking feature, which you can catch up on here –
*Walking for fun
*Give us this day our daily tread