The Joy of Walking – Walking For Fun

Do you remember the 1970s classic The Joy of Sex? Fifty years later (ahem, we are all getting older) Hurry Krishna*, the slow-stepping Walyalup (also known as Fremantle) Woman, invites you to explore the fun you can have standing up. Welcome to the Joy of Walking.

The small island of Wadjemup was once connected to Walyalup by a land-bridge. Some 7000 years ago the seas rose, the bridge started to erode, the indigenous inhabitants left. By the time the white settlers arrived, just a couple of hundred years back, there was a stretch of rough sea separating the island from the mainland, that only the most foolhardy would try to swim. 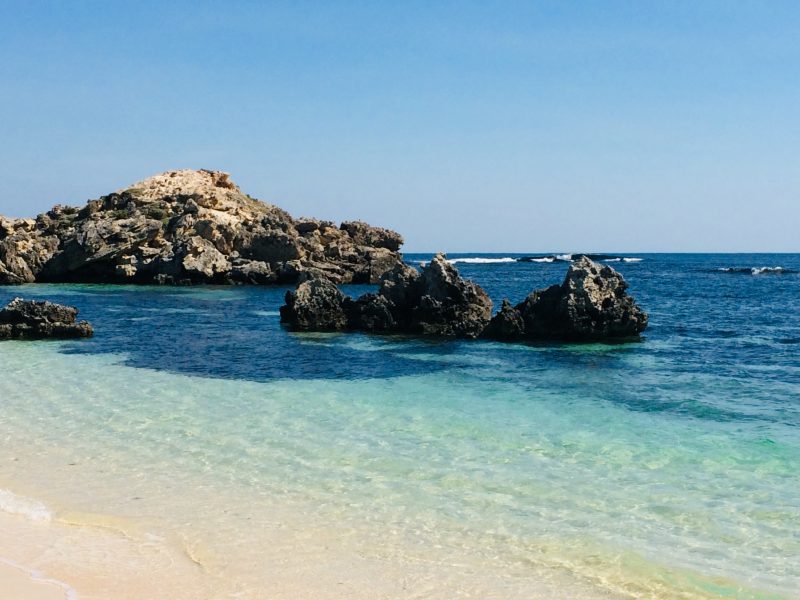 A half-hour ferry trip will take you from B Shed, Victoria Quay to Wadjemup. With COVID still raging, it is pretty much the only ‘overseas’ trip a Walyalupian is likely to make at the moment.

Once on Wadjemup (Rottnest to some), you can be entirely on your own two feet. There is an island bus. But with little other motorised transport, perambulation is encouraged. And at just 19 sq kms, the island is fully explorable on foot.

Most places on earth have been trampled by many millennia of foot traffic and human exploitation. The woodlands which covered Wadjemup were cleared by Europeans, in order to grow cereal crops and to carry salt from the lakes dotted through the middle of the island. We can only imagine the tracks that might have once criss-crossed the island and taken its original inhabitants through the rich hunting grounds, across the powder-pink salt lakes teeming with birds to the sparkling aquamarine waters where fish, seals and other sea creatures still abound. The Dutch sailor who christened the island Rottnest also described it as ‘paradise.’ 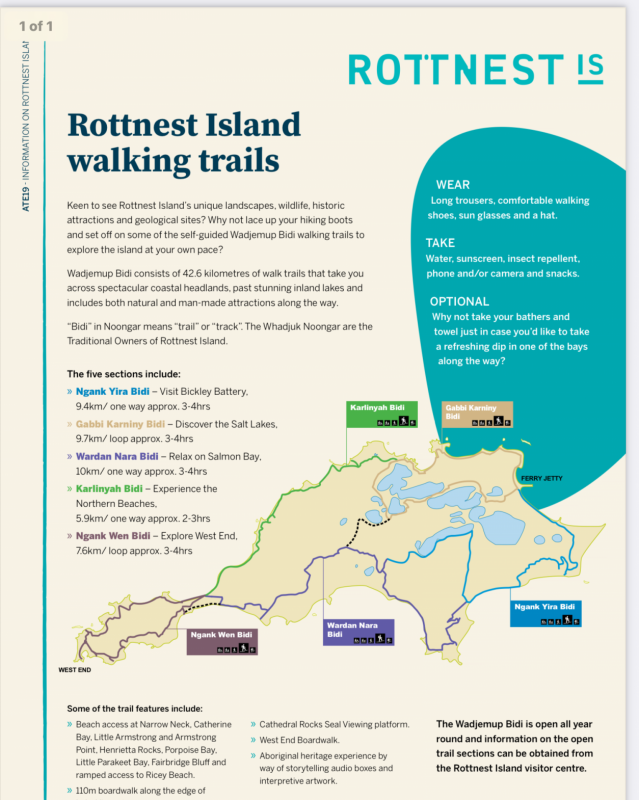 Wadjemup now has over 40 kilometres of marked, connected walking tracks (bidi), winding close past most of the tourist accommodation. These tracks are accessible only by foot – you can pretend to be marooned in some wild place while knowing the bus route is not more than a few hundred metres away!

We walked the 5.9 kilometres of Karlinyah Bidi without running into a single other human, even though, on any one day, there are up to 1500 visitors on the island. And we did run into several dozen of them (disgorged by the Rotto Bus), just where the Ngank Wen Bidi loops around two of Rottnest’s major tourist attractions: the seals at Cathedral Rock and the gigantic osprey nest a little further on off the West End Boardwalk. 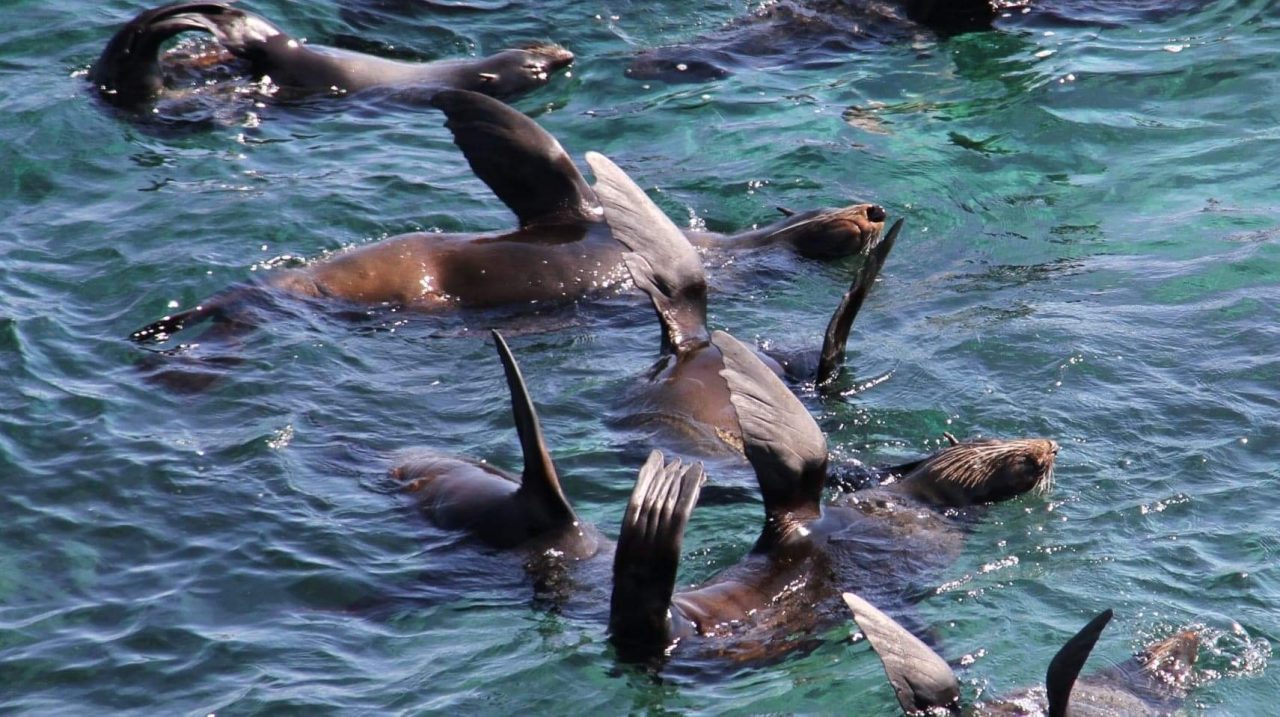 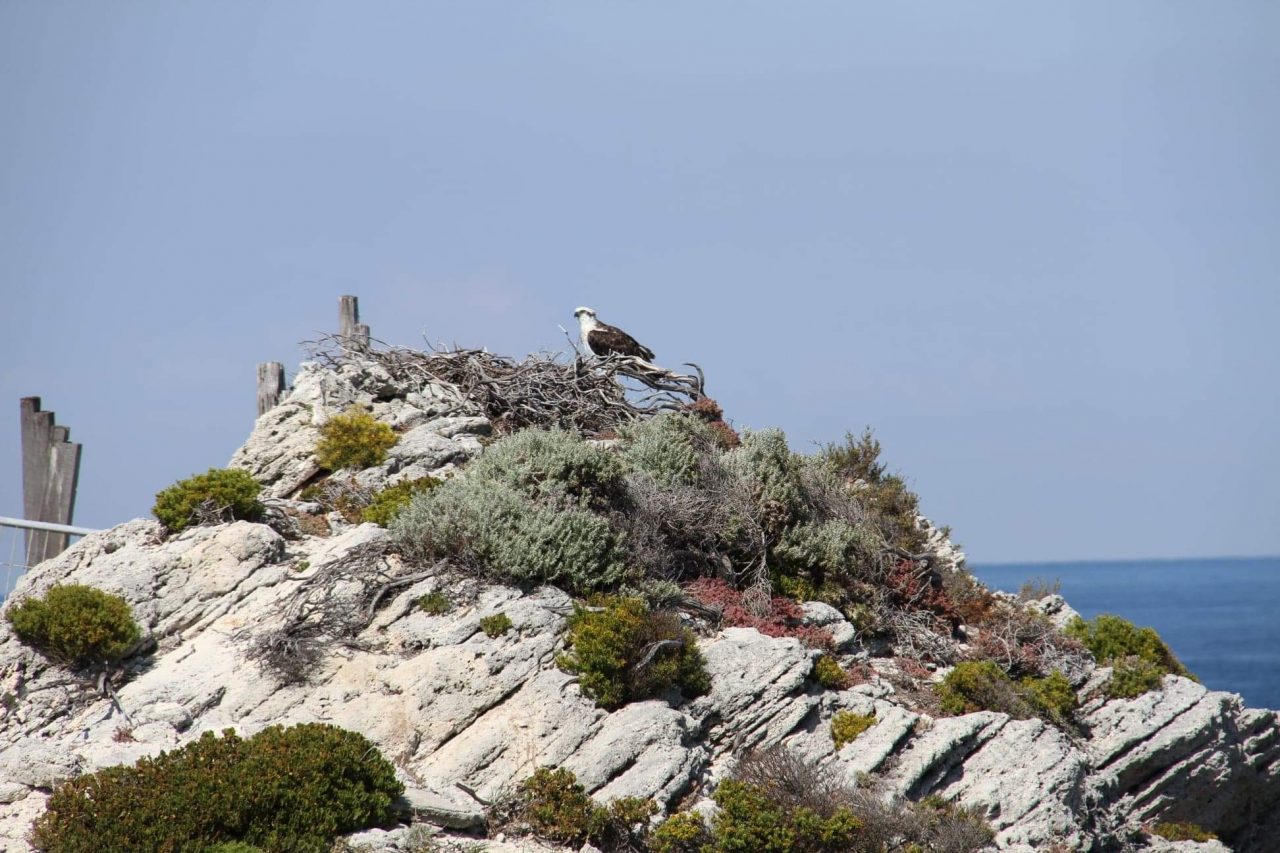 Thanks to Vicki Dempster for these fabulous photos of the the ‘singing seals’ and nesting osprey.

So yes, bus and e-bikes will get you around faster. But you won’t have the extra endorphin which makes the seals sing, the waves dance and light shine brighter! Seriously, there is nothing quite like absorbing a place at four kilometres an hour. Anything faster, you miss some of the details that your senses pick up only at walking speed: like how the ocean breeze is salty on your tongue, how your nostrils adjusts to the fishy smell of sea-weeds and how two Oystercatchers can trip you up and walk away as if they own the beach! 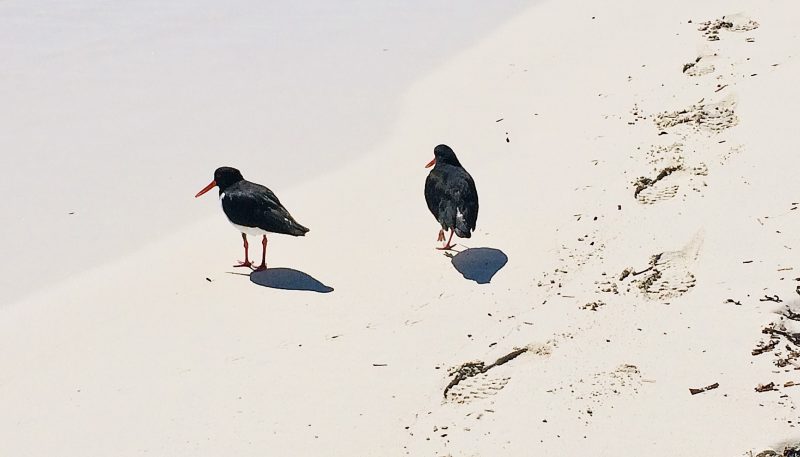 Walking is fun. Okay, so it is NOT more fun than sex. But you can keep it going longer – A LOT longer. And like sex, you get better with practice. Start with the marked tracks around Rotto and soon you are doing a day hike, then bushwalking for days or even weeks on the Bibbulmun (right here in our patch, and one of the greatest long distance trails in the world). Then, by the time COVID is over and we really can go overseas, you are ready to take on the Camino with Martin Sheen (see The Way) or follow Rees Witherspoon for a thousand miles on the Pacific Crest Trail into the American wilderness (see Wild). Imagine…

* This article is written by Hurry Krishna and the photographs are hers too, unless indicated otherwise.