At the last meeting of the Finance, Policy, Operations and Legislation (FPOL) Committee, Councillors Hannah Fitzhardinge and Jenny Archibald moved and seconded a motion, that was carried unanimously, that the Council:
1. Receive the Booyeembara Park Master Plan Implementation – Community Engagement Report.
2. Adopt the Booyeembara Park Landscape Plan.
3. Request officers progress to detailed design, tender and construction for the stage 1 works, noting:
a. The works will use of the cash in lieu payment of $404,075 ex GST from LandCorp.
b. The works will be scoped to the budget, with a priority placed on the golf clubhouse and community building integration area and olive grove event space followed by the story telling circle and half-court basketball court.

The resolution goes before the full Council at its April meeting tomorrow night 28 April 2021. Given the work that has gone into making Booyeembara Park – affectionately known to all as Boo Park – the place it is today, one can expect the Council will proudly adopt the landscape plan, and the recommendations of the FPOL Committee without hesitation.

Here’s a big picture of the plan, the detail of which is in the gallery below. 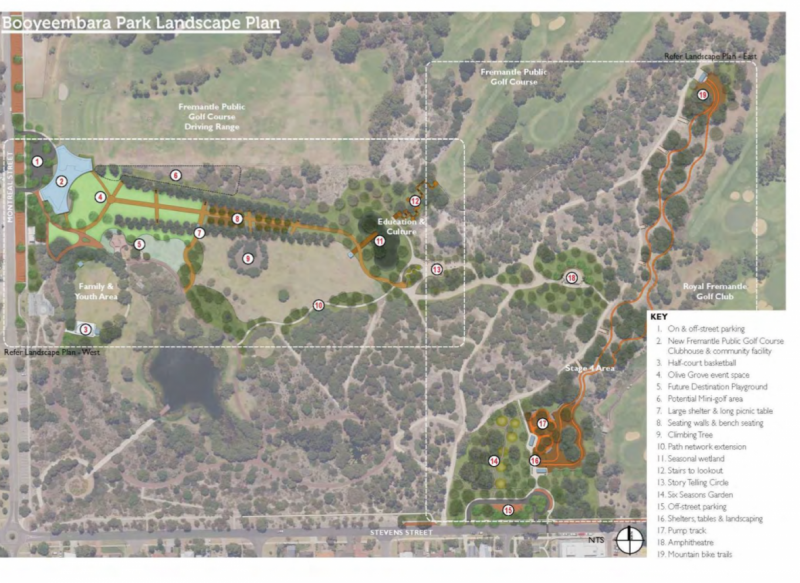 Boo Park is such a great place. We featured it in our Trees of Fremantle series. In many ways though, it’s still a well kept secret.

As the papers now before the Council also detail, the park site has a long and diverse history of Aboriginal use, industrial land uses and most recently, public investment in the public open space. Getting it to where it is now at, is a wonderful story.

The Montreal Street Open Space Master Plan was developed from 1997-99 in close consultation with the community. The implementation of the master plan has been an ongoing process and has been influenced by many factors including the site’s history, site contamination issues, community use and availability of budget for construction.

Boo Park has also been identified as containing bonded Asbestos Containing Material (ACM) fragments and is managed in accordance with the Booyeembara Park Site Management Plan (SMP). The SMP is “designed to mitigate risk by providing protection for human health (of general public, park visitors and workers) and the environment during routine park maintenance works and any other remedial or civil works that may lead to the disturbance of soils at the park”

As the park has developed and grown with community use, new projects, uses and pressures have exerted influence on the park. Some of these considered, by Council Officers, to have been in line with the Master Plan and some have developed ‘from the Master Plan’s intent’ and have ‘grown into new uses with the community’.

More recently, there have been many changes in the surrounding area, including –
*new residential developments in White Gum Valley/Knutsford,
*an upgrade to the Fremantle Public Golf Course, Clubhouse and Community Facility as a result of the Main Roads WA High Street upgrade, and
*the development of a Council endorsed Mountain Bike Trail Concept Plan.

The City of Fremantle has also received a cash-in-lieu contribution from LandCorp specifically for improvements to Boo Park as a condition of subdivision from nearby land.

To ensure Booyeembara Park functioned as an integrated precinct incorporating these new uses and facilities into the landscape, as well as catering for the changing needs of the community, Council Officers proposed that the Booyeembara Park Landscape Plan be revised.

That’s been done. The plan has been produced. And now it’s time to take the next steps in implementing it.

Here’s a range of images that give you a flavour of the actual plan changes you can expect to see as the plan is implemented. 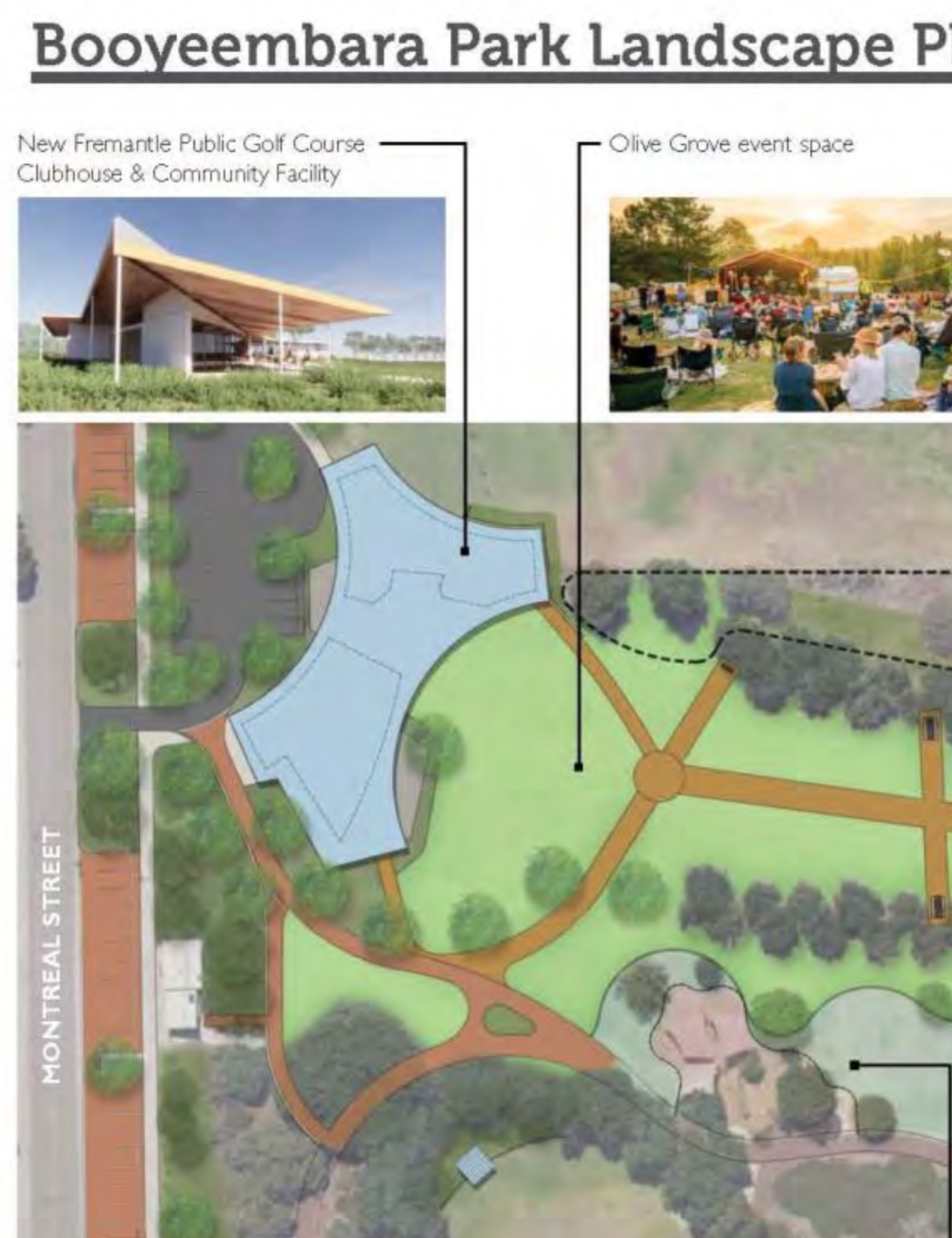 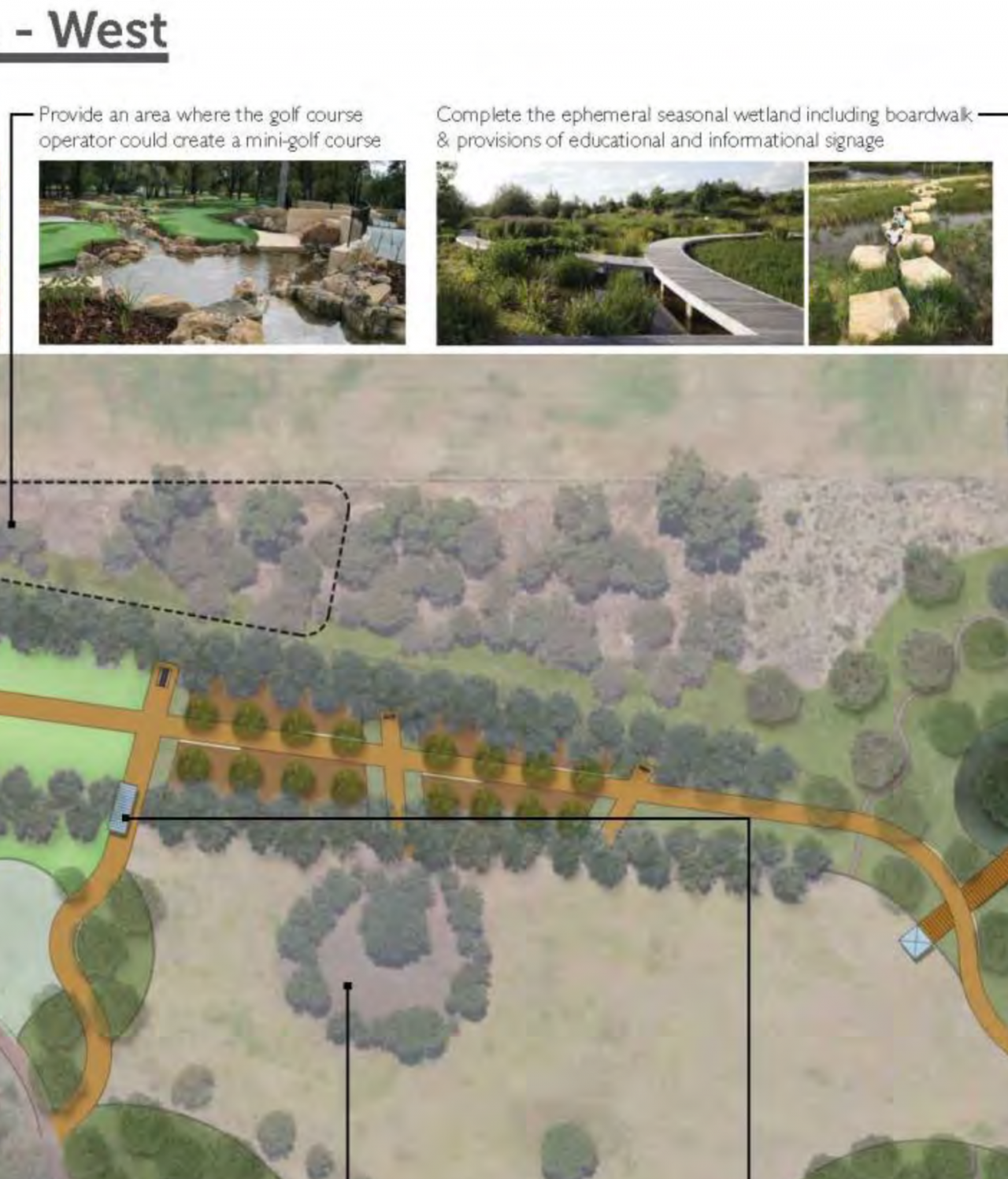 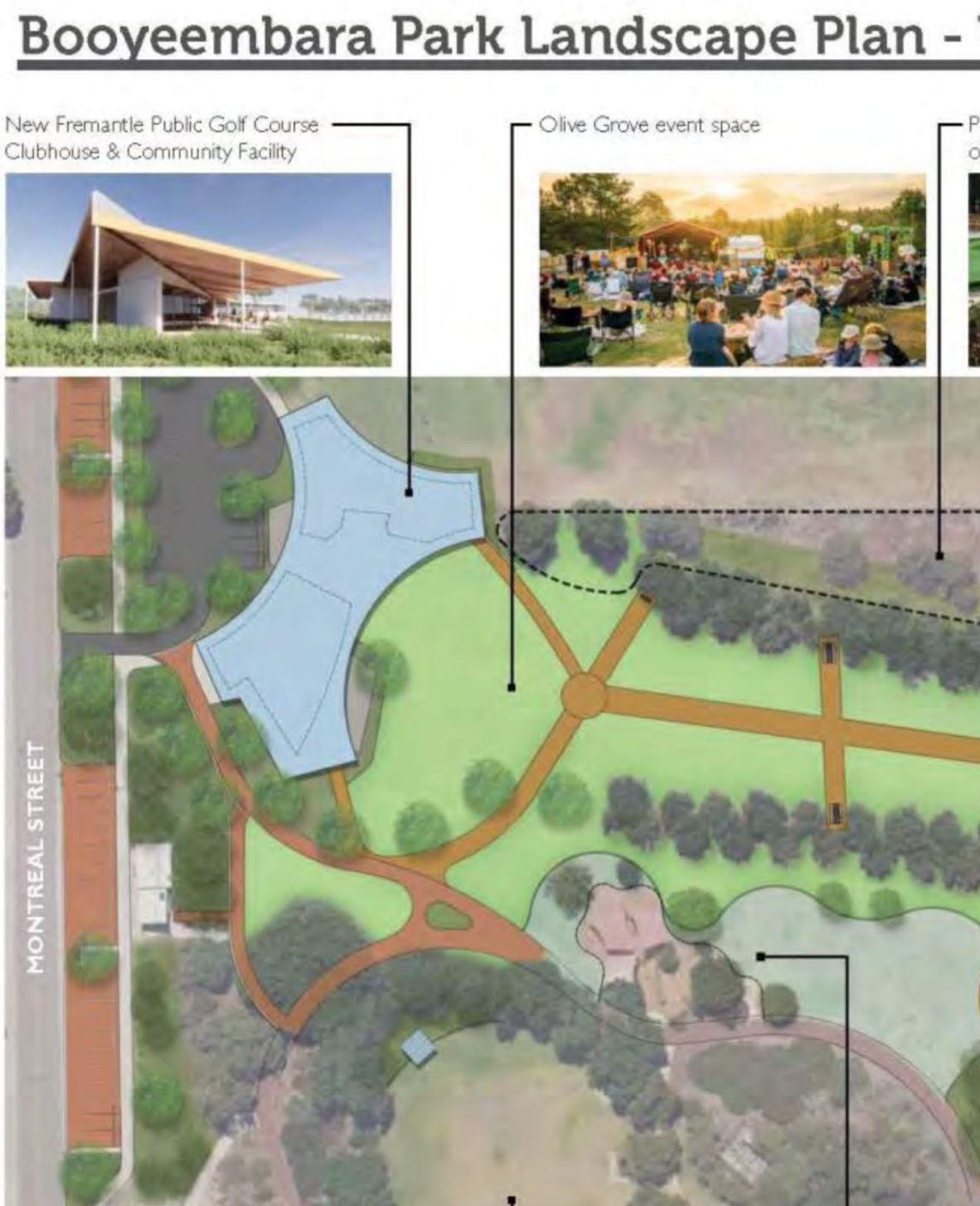 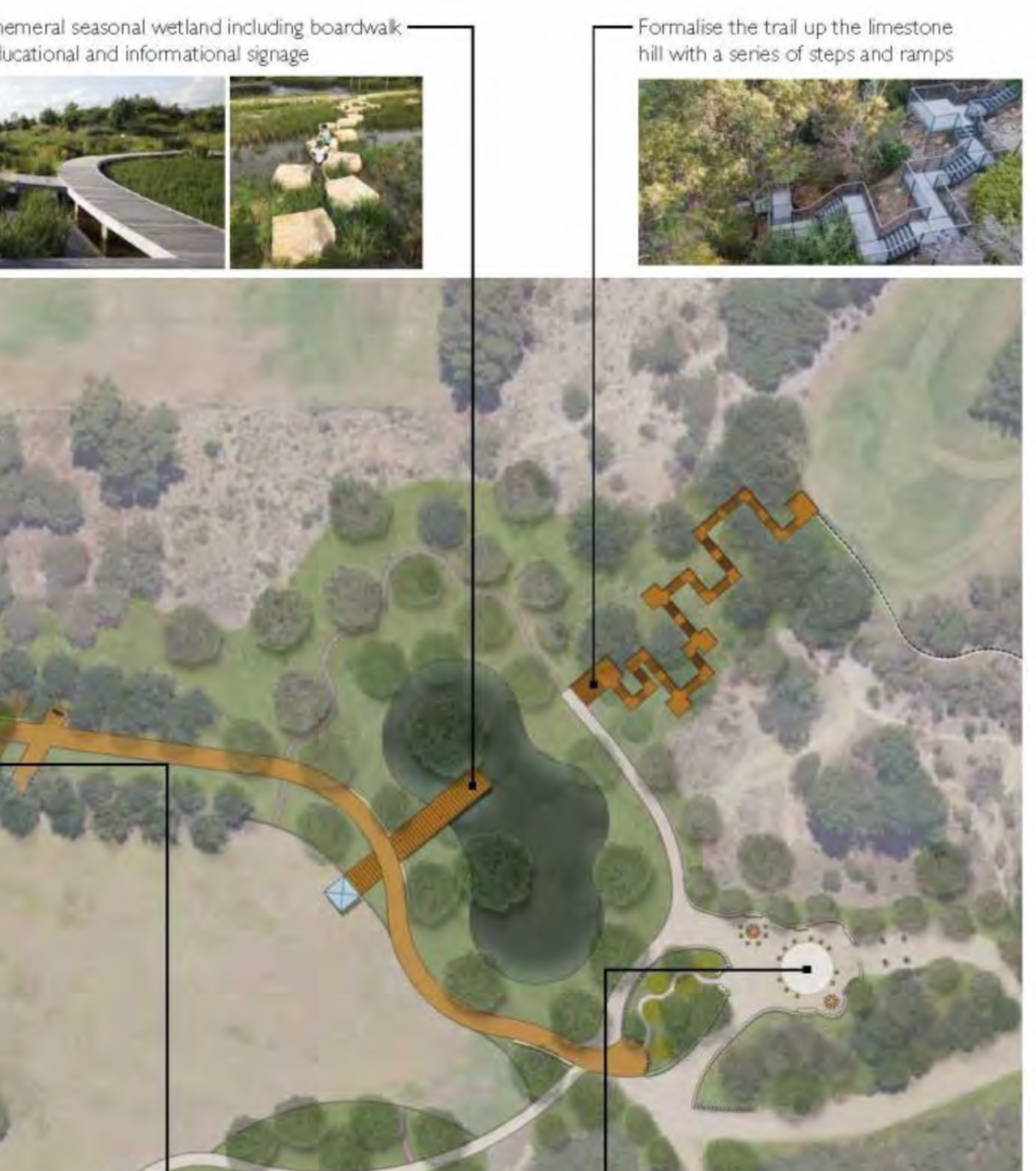 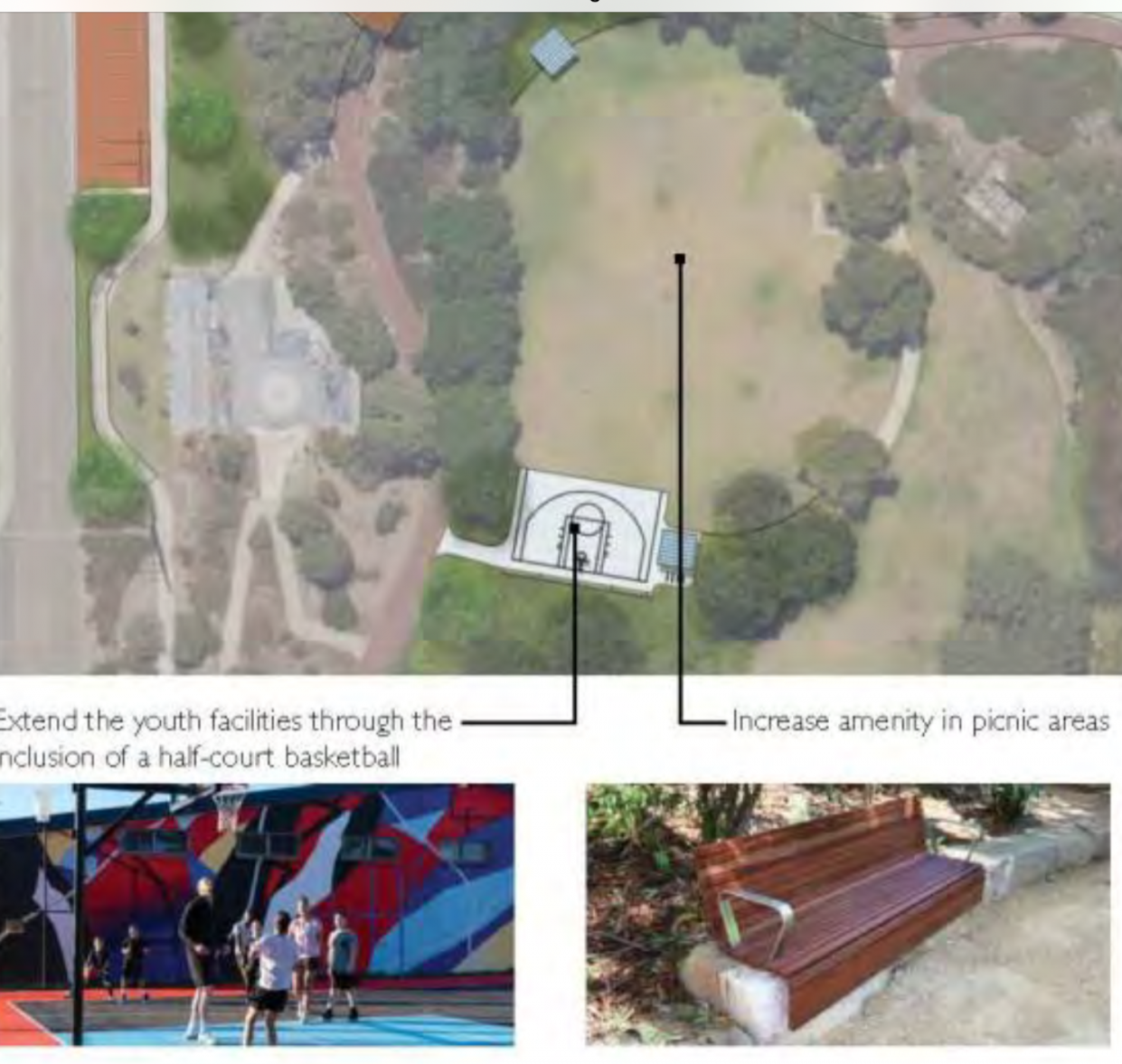 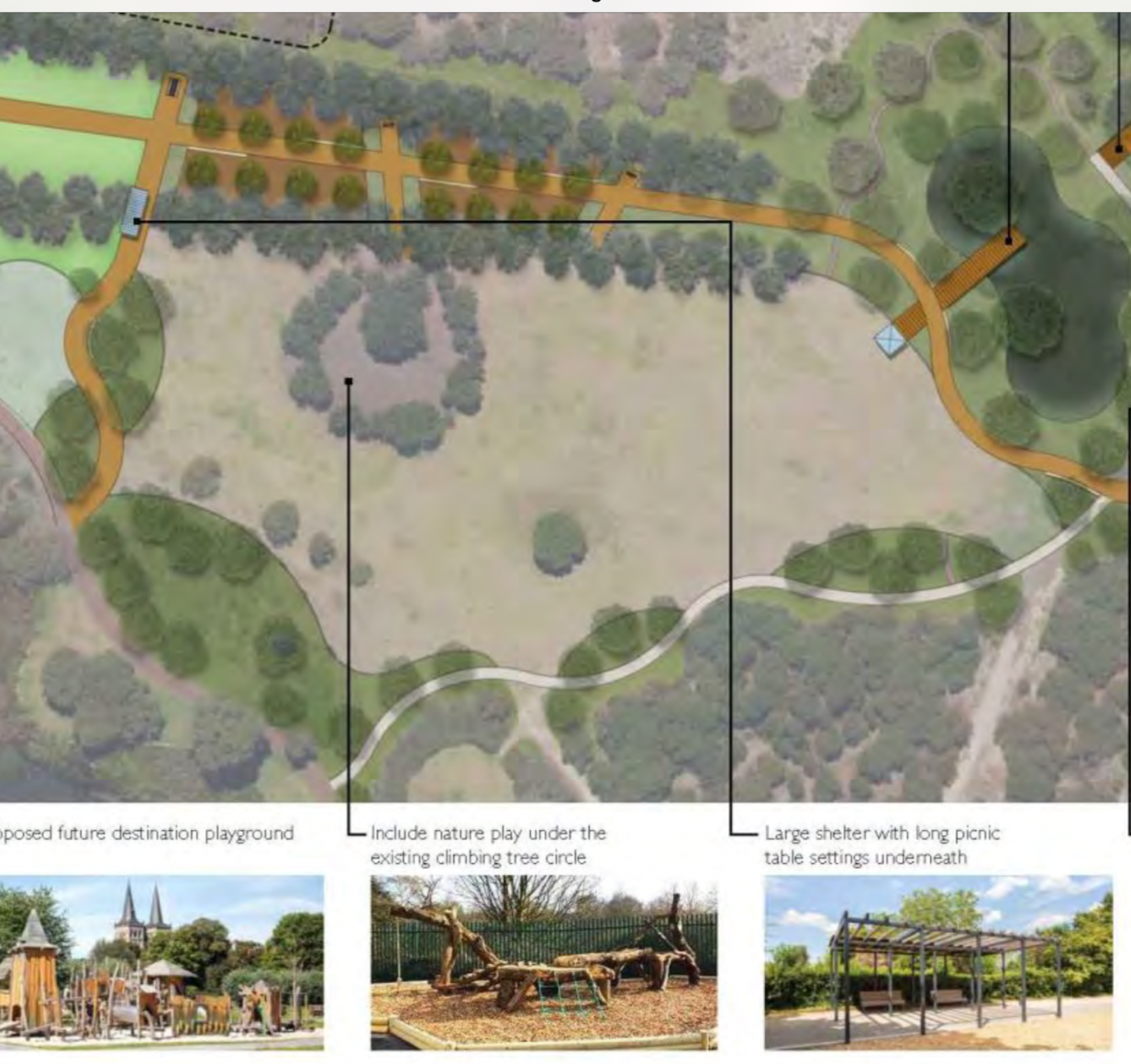 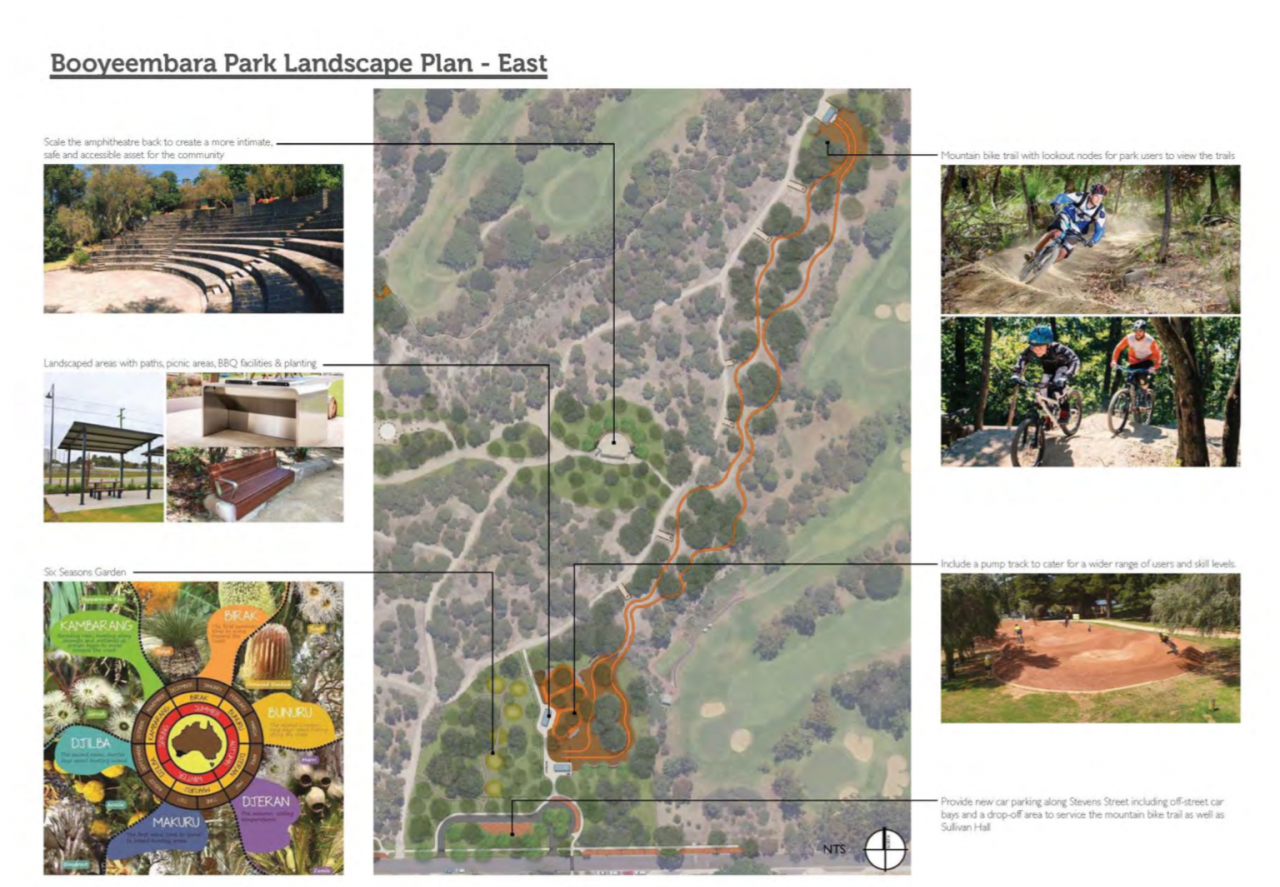 We look forward to reporting to you further on Boo Park after Wednesday night’s Council meeting.

Even more, we look forward to enjoying Boo Park as it gets better and better in the time ahead!