Places I Love – E-Biking around Rottnest

Today, 3 June is World Bicycle Day. I remember a fabulous day exploring Rottnest Island on two-wheels – even though it was an electric bike, and e-bike!

E-bikes (electrically assisted bicycles) are here to stay and you can hire them at Pedal and Flipper on Rottnest Island. E-bikes take cycling to another level – you can zip up hills and go much further without getting tired.

I have always enjoyed exploring Rottnest by bike – enjoying the fresh air, fabulous views and wildlife. Even when the Island is packed with holidaymakers and day-trippers, it’s possible to find a deserted beach. Rottnest is special in winter too; it is cooler for cycling and has less crowds.

We headed south towards Kingston Barracks, then up the hill (easy on our e-bikes) to Oliver Hill. The views from here are fantastic. You can take a 55- minute guided tour of Oliver Hill Gun Battery. The tours are run by Rottnest Island Voluntary Guides. The tour takes you around the 9.2-inch gun emplacement and into the maze of tunnels beneath the Island. You can also catch a train from the Settlement to Oliver Hill. 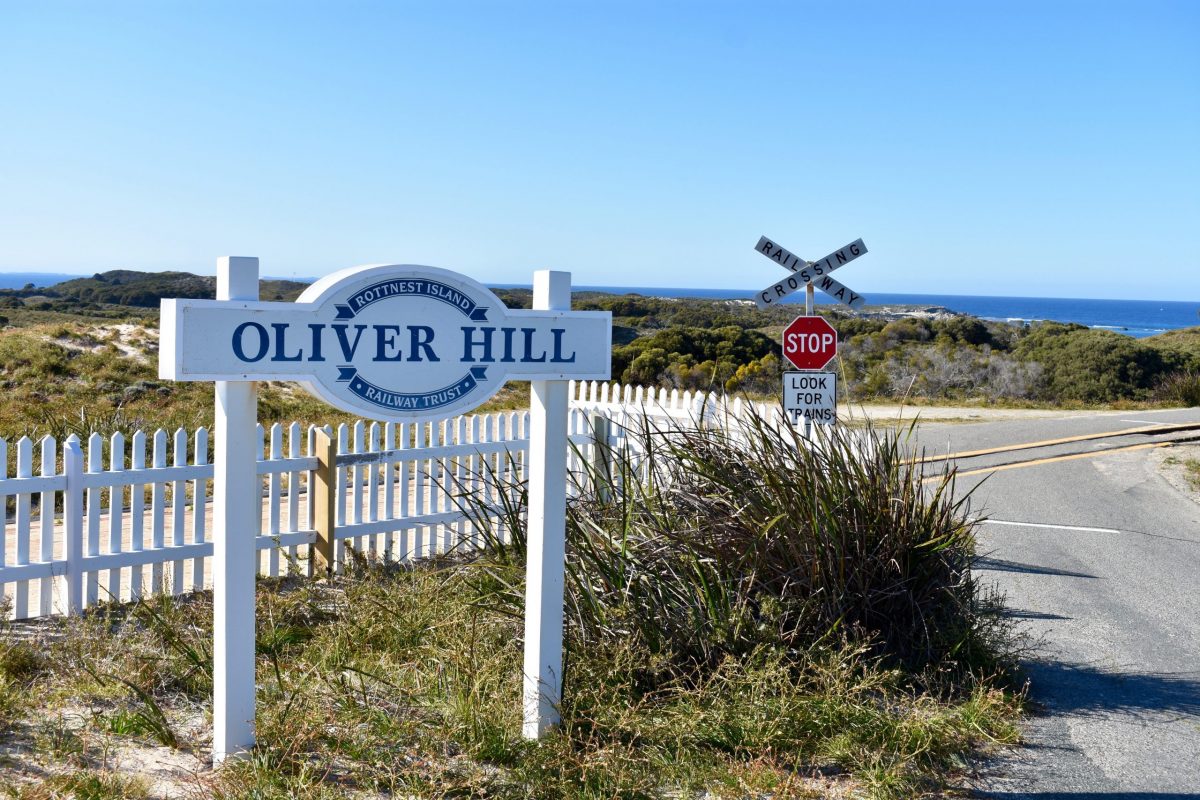 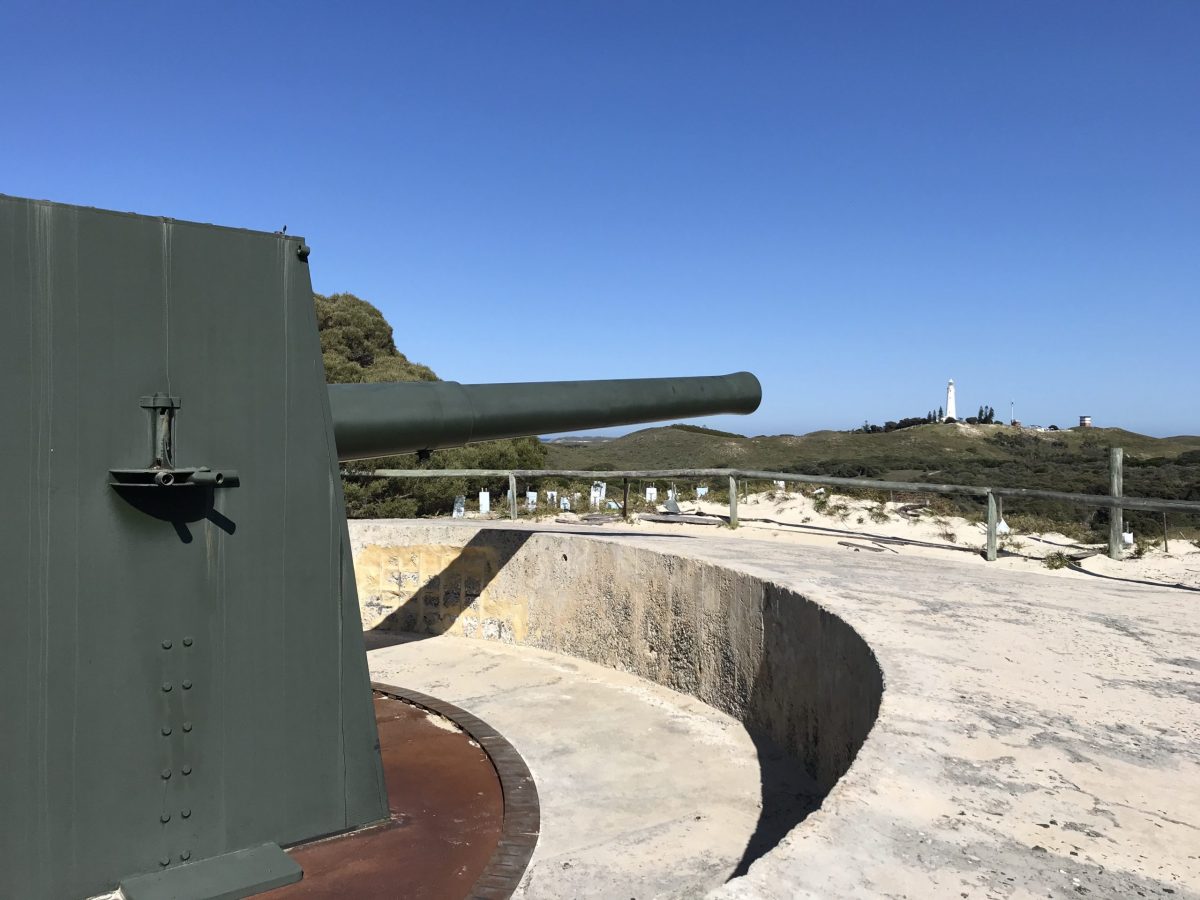 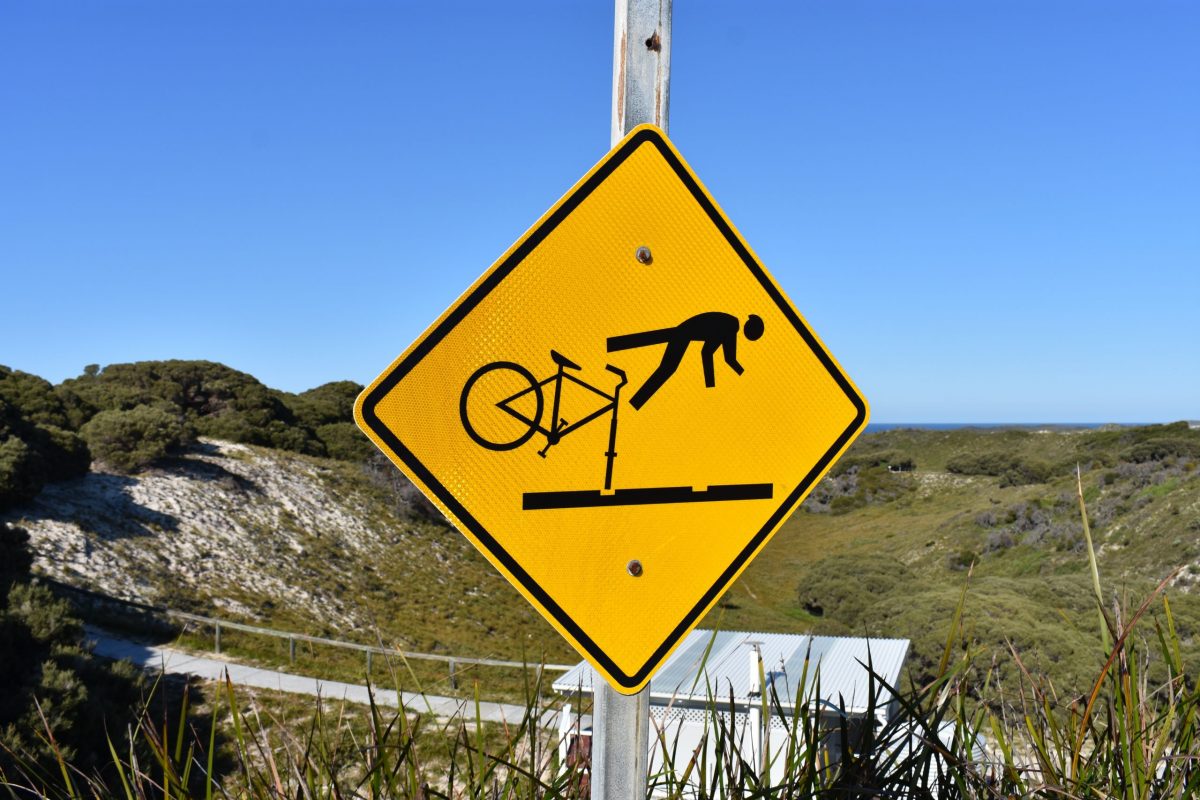 Next stop was Lexi’s on Rotto – a pop-up coffee caravan at the Lighthouse. The 360-degree views are breathtaking from up here, the highest point on the Island. The Lighthouse is currently undergoing a facelift, but will be open to the public by the end of July. 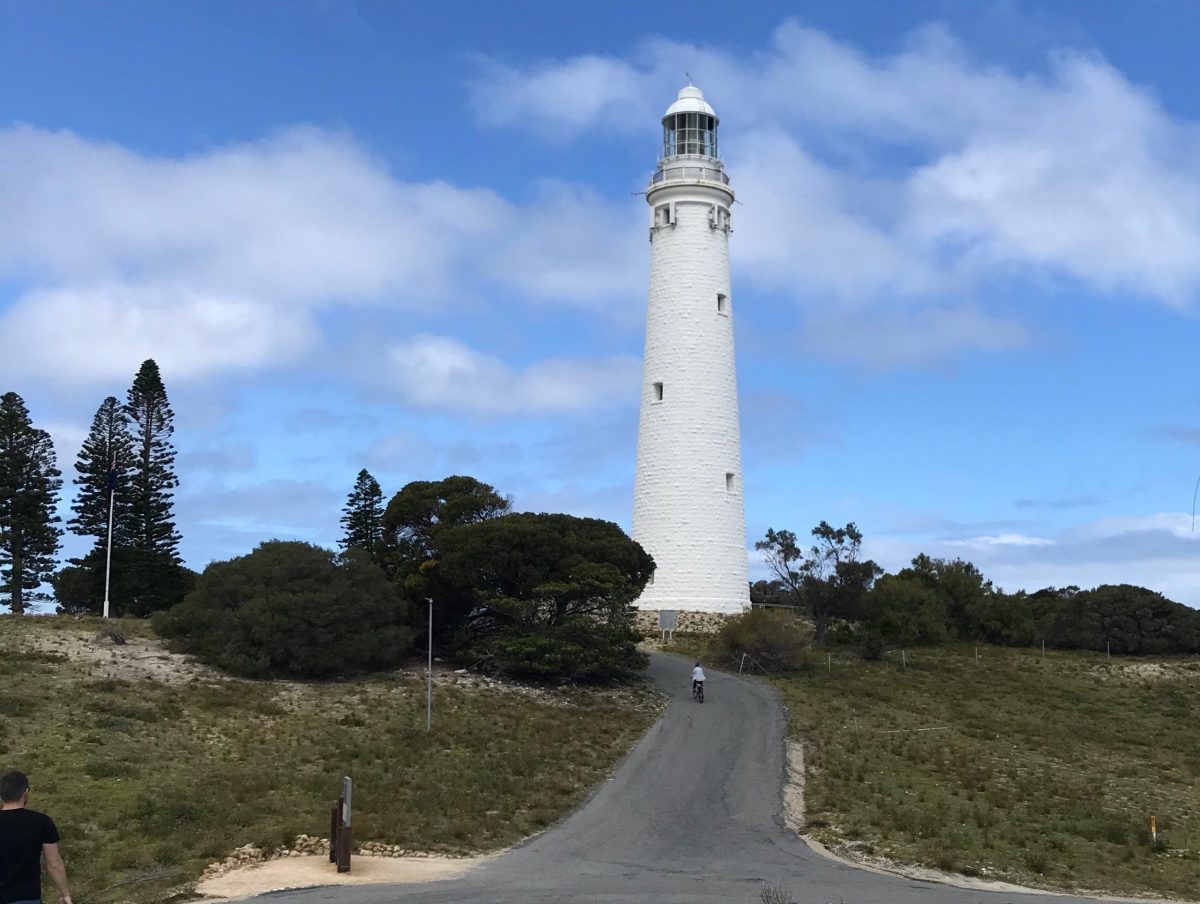 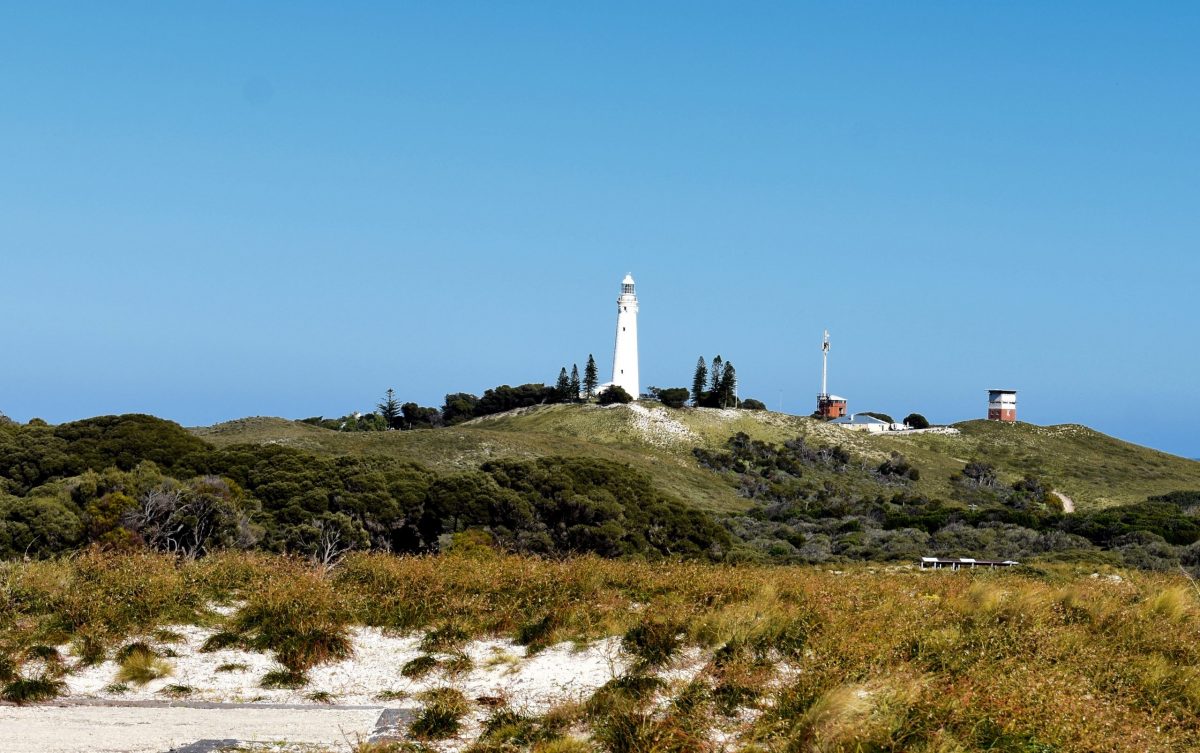 I love the southern side of the Island – we cycled past Henrietta Rocks, Porpoise Bay, Parker Point and stopped to explore the underwater world of Little Salmon Bay. The colour of the water is much more vibrant on this side of the Island.

There was plenty of bubble-gum pink Pocilloporo Coral (brain coral), and bright blue coral. We saw curious Western Buffalo Bream, a green Moon Wrasse and plenty of other tropical fish.

This is a very popular beach – it’s sheltered and safe for young children. It gets very crowded when buses drop off day-trippers. So get there early, or visit late afternoon when the ferries are leaving. 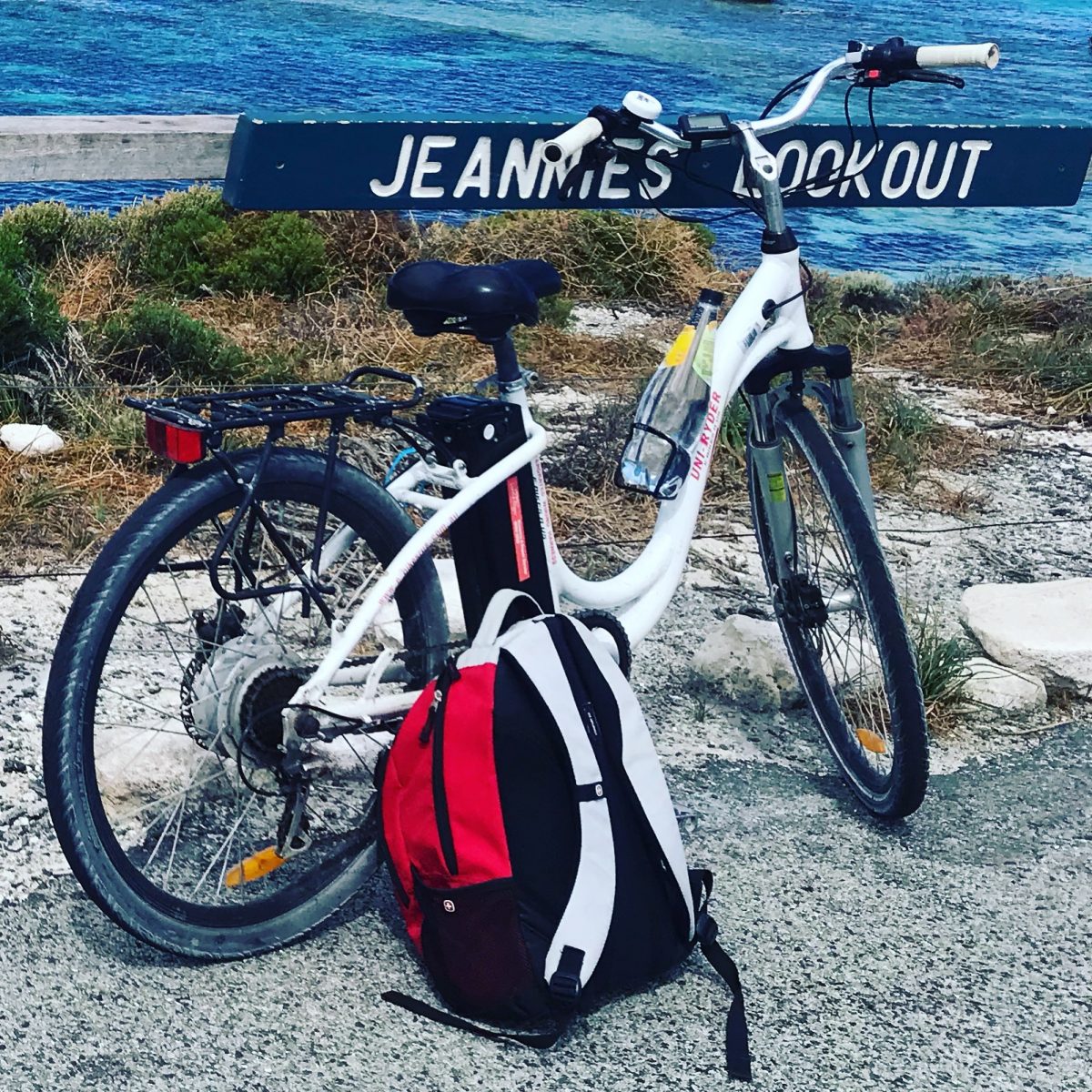 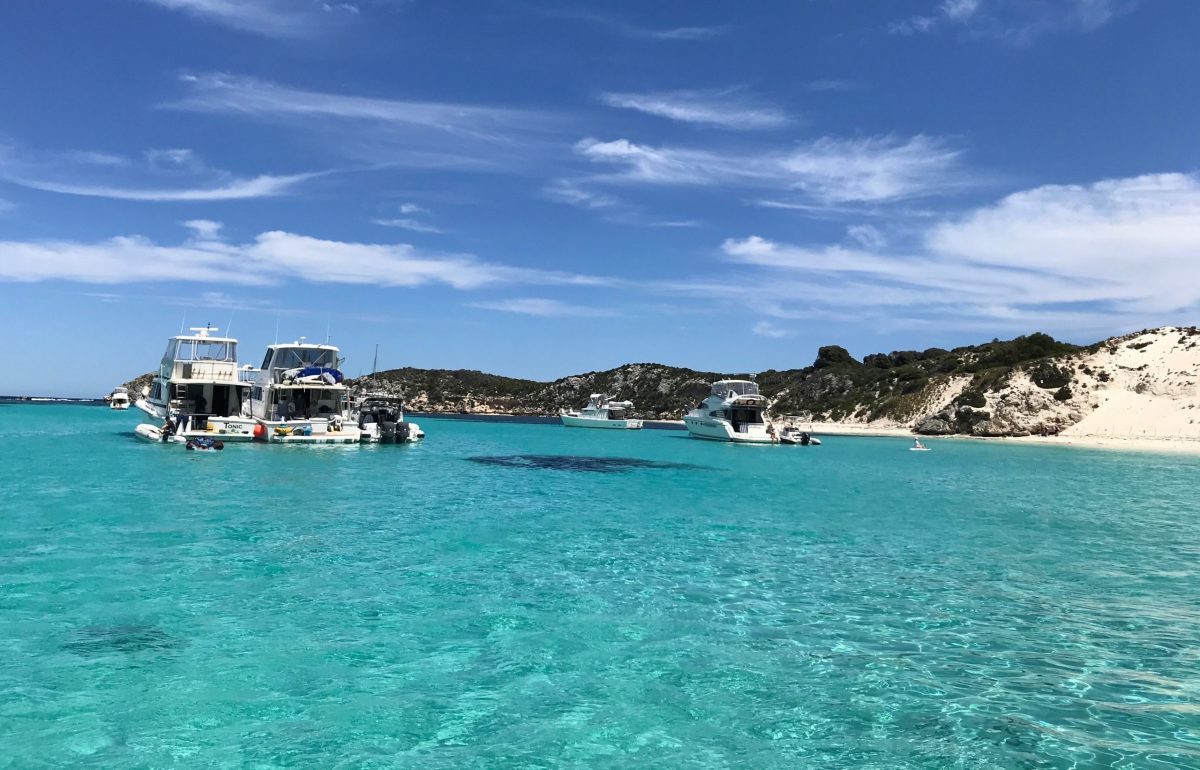 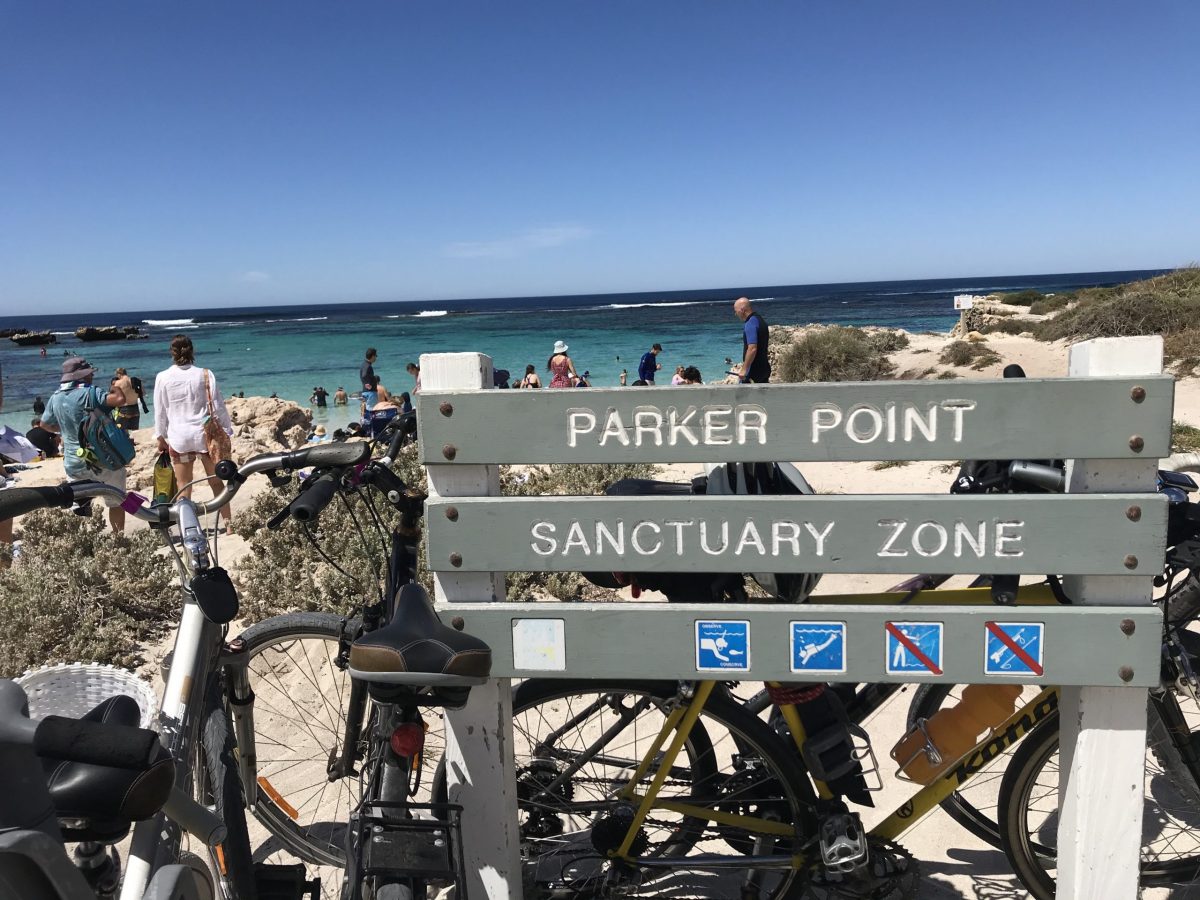 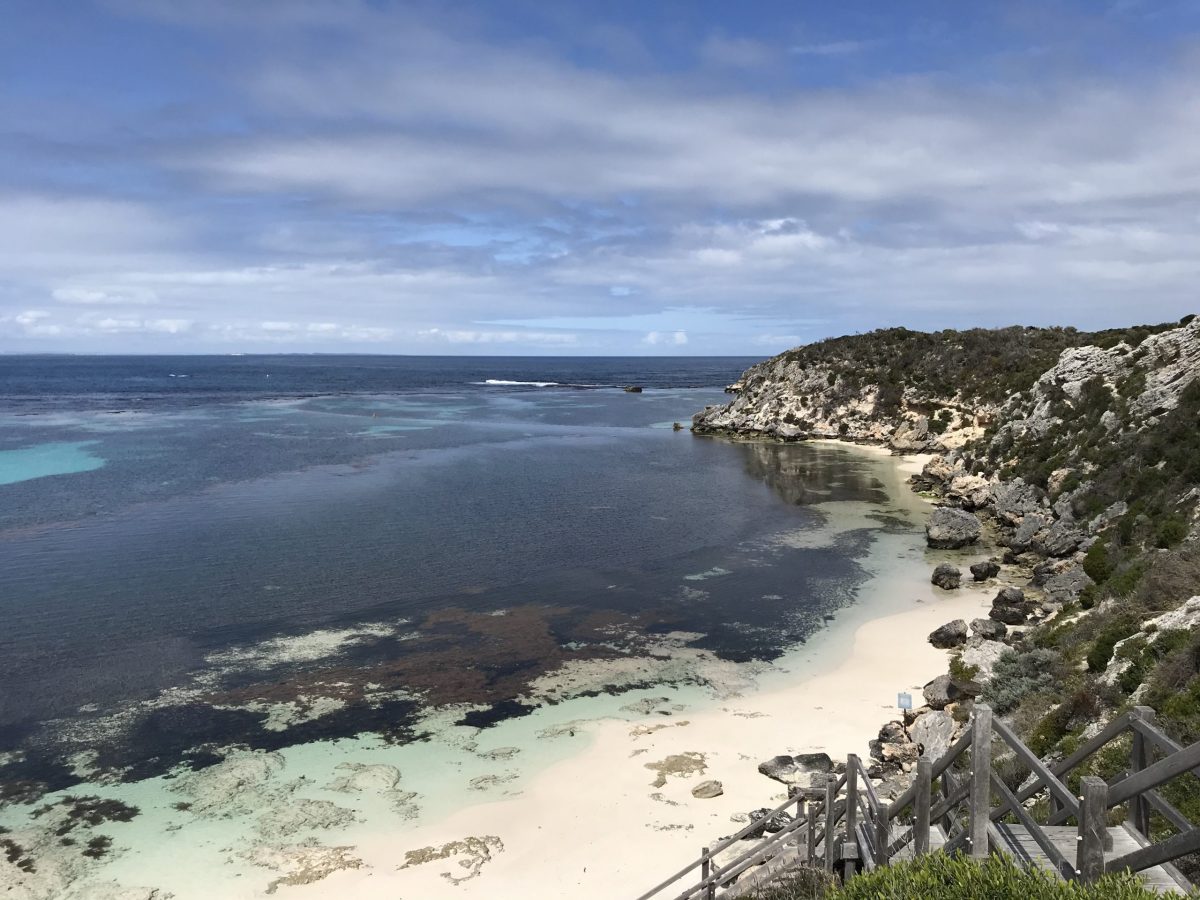 There was no huffing and puffing up hills, or dismounting and walking up hills. We headed through narrow neck towards the West End where the landscape gets rugged and wild. It’s the perfect spot for whale watching. There are lots of hidden bays, blow- holes and massive osprey nests. Some of these bays are only accessible by bike.

It’s worth walking 300 metres to the Cathedral Rocks viewing platform. From here you get a closer look at the resident New Zealand Fur Seals. There can be up to 80 seals at any one time. 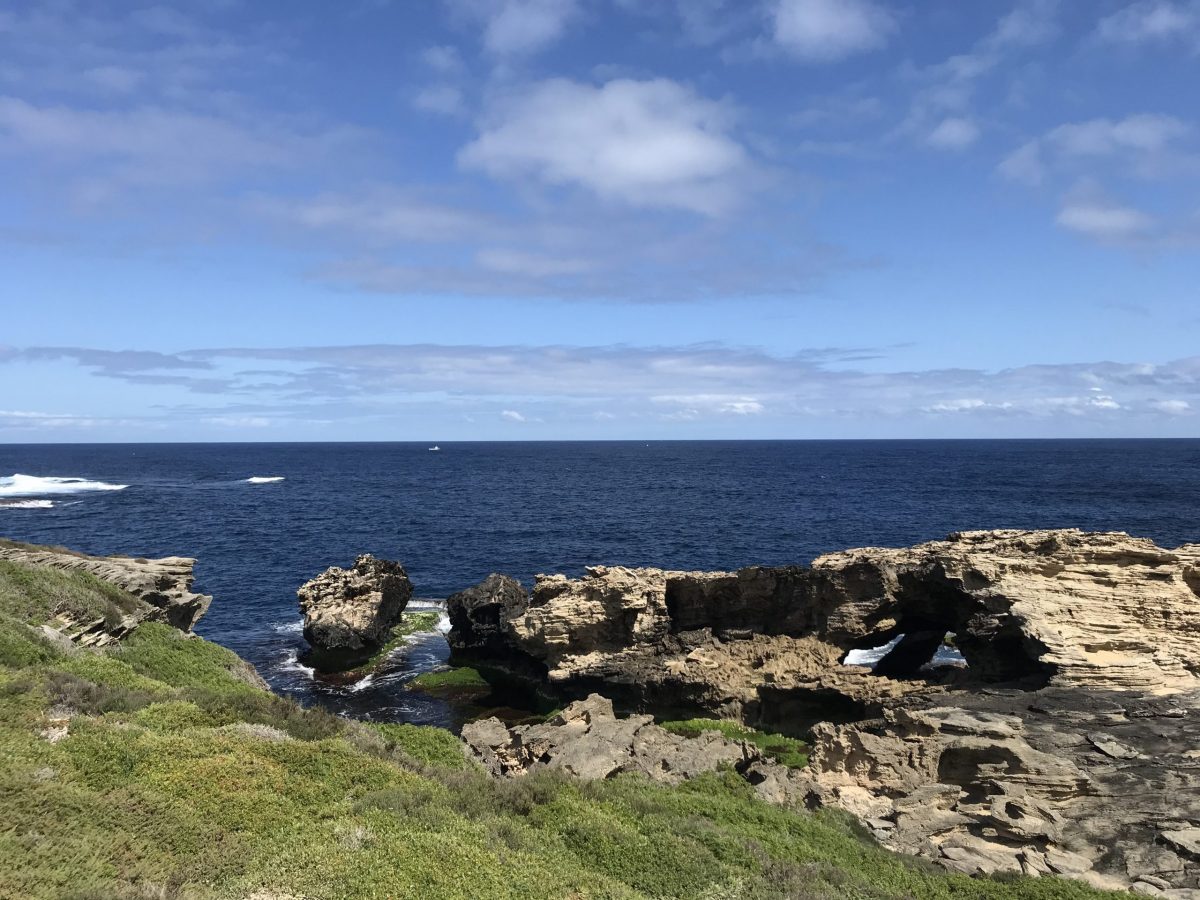 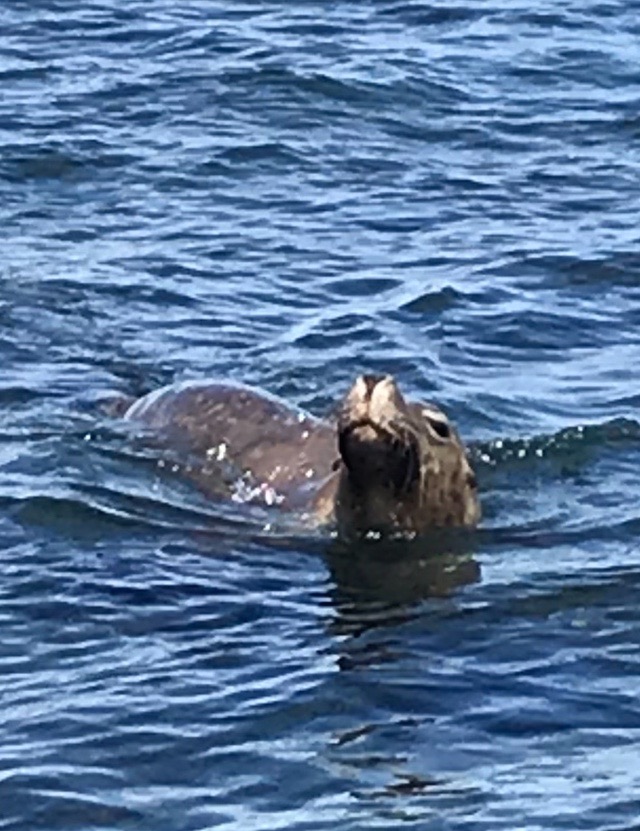 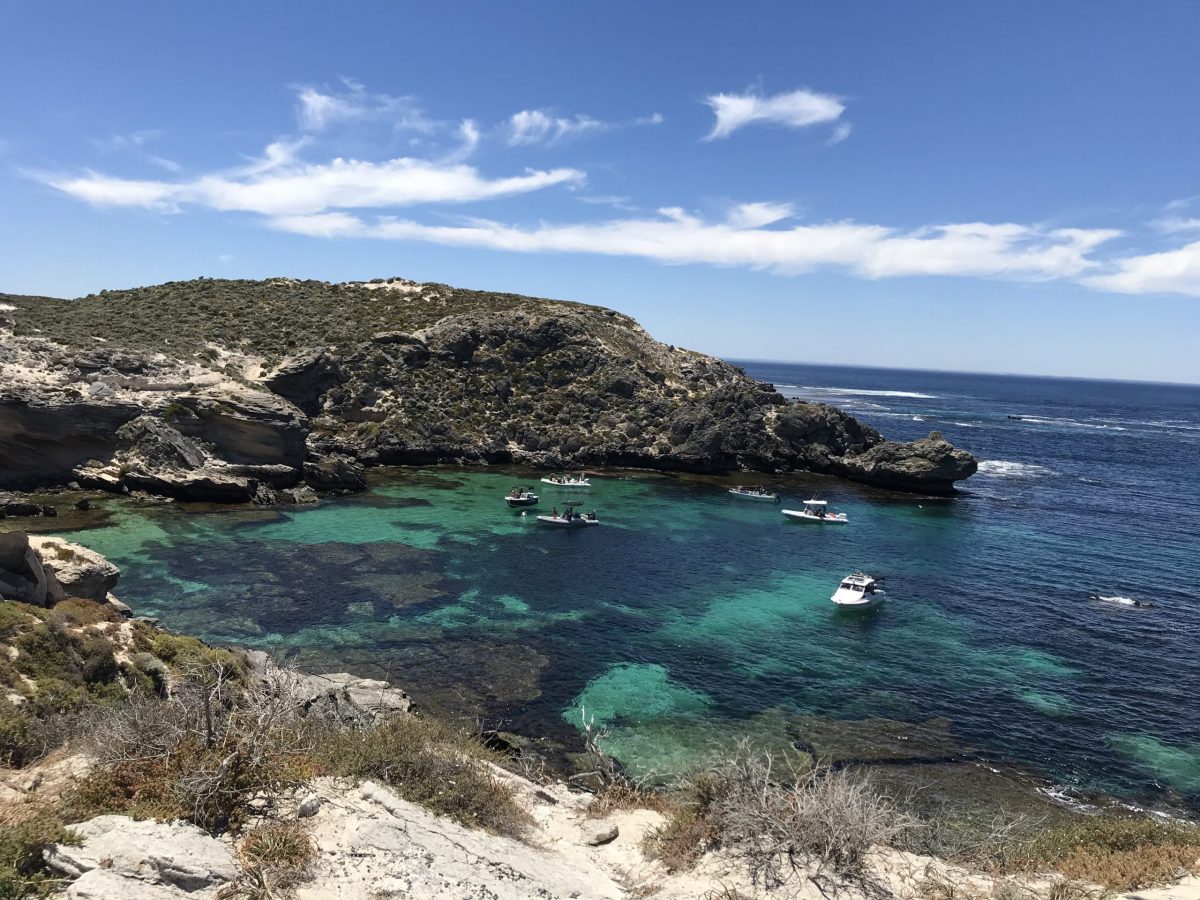 On our visit, there were ten – floating on their backs and waving their flippers to keep cool. There’s now a 1970’s restored vintage caravan that sells cold drinks, ice-cream and coffee at the West End.

We cycled back to the Settlement via the coastal route. Along this stretch is Geordie Bay and Longreach Bay with their stunning golden beaches. There were the usual crowds at the Basin – one of the most popular spots for swimming and snorkeling.

Our next stop was Bathurst Lighthouse, it’s 20-metres high and sits on the northern edge of Rottnest Island and has great views of Pinkies Beach. 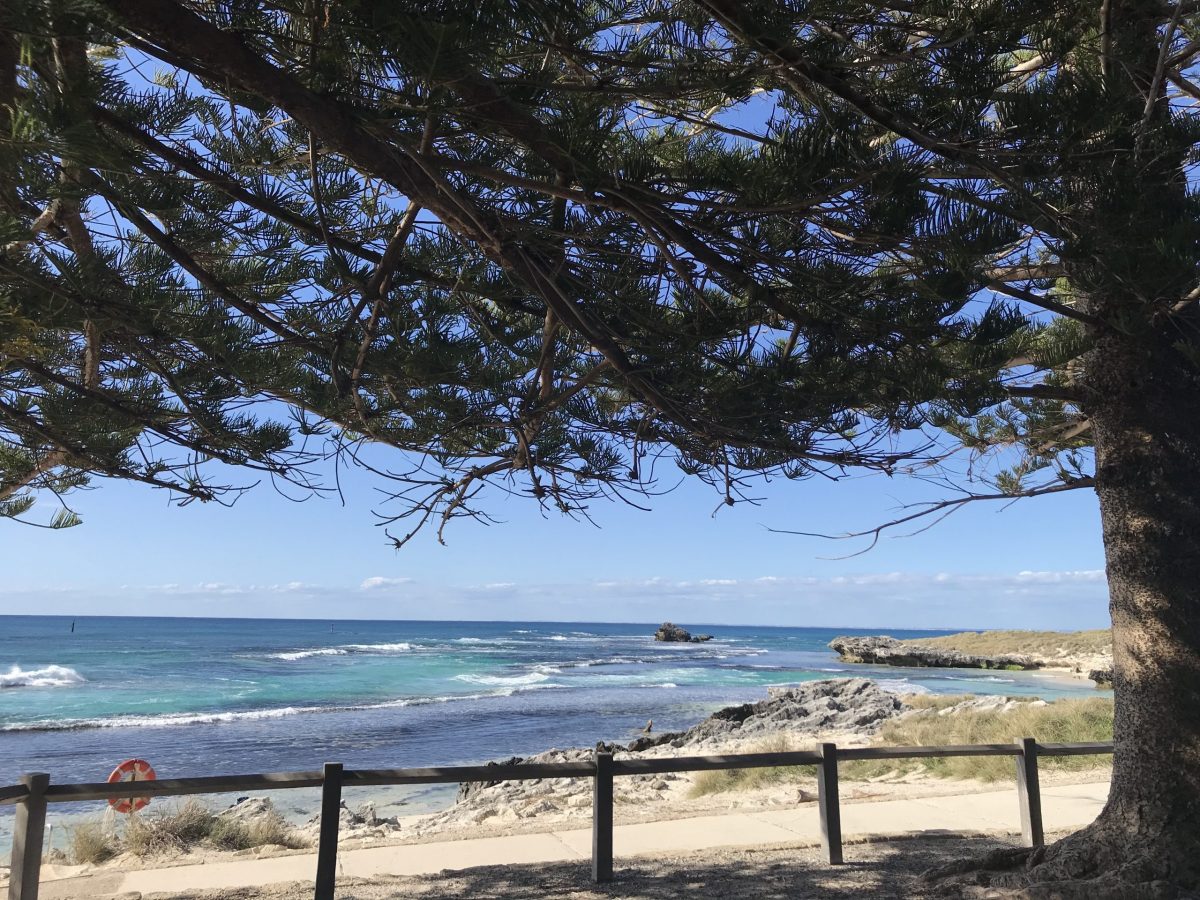 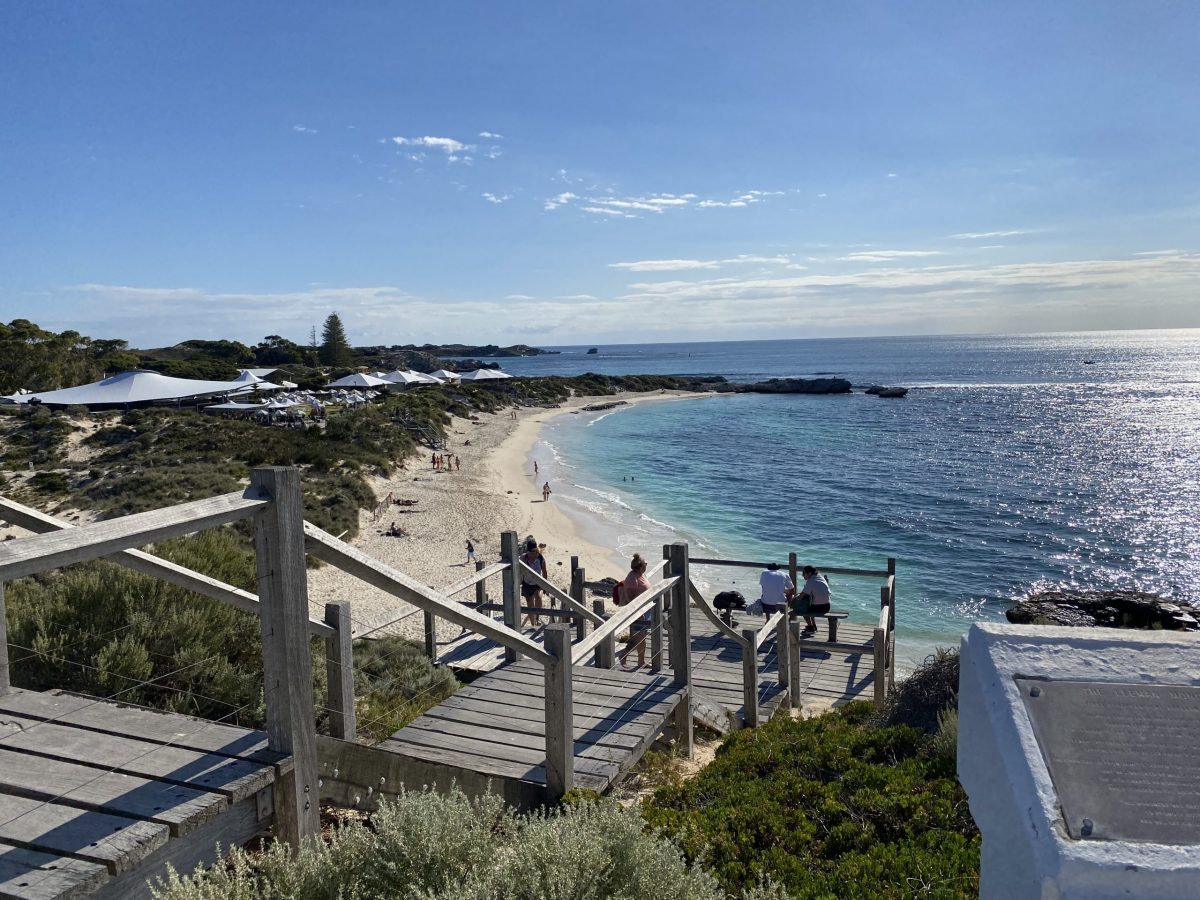 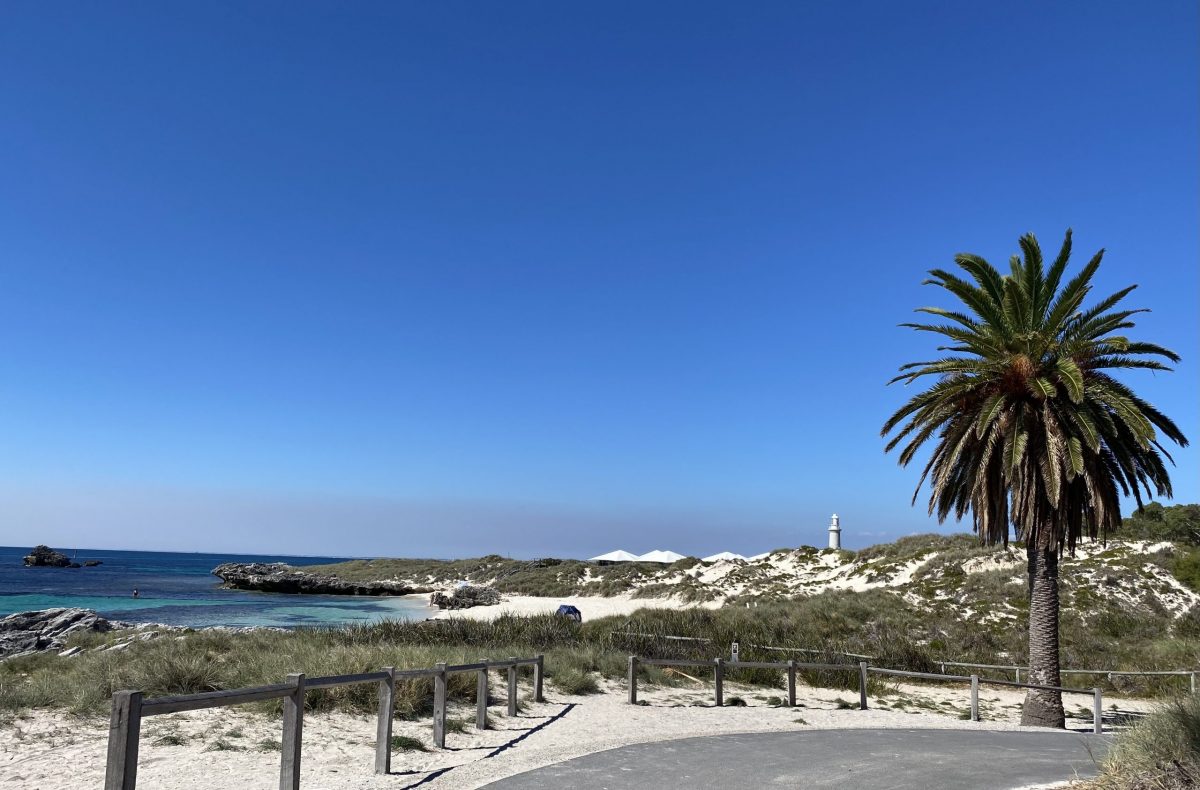 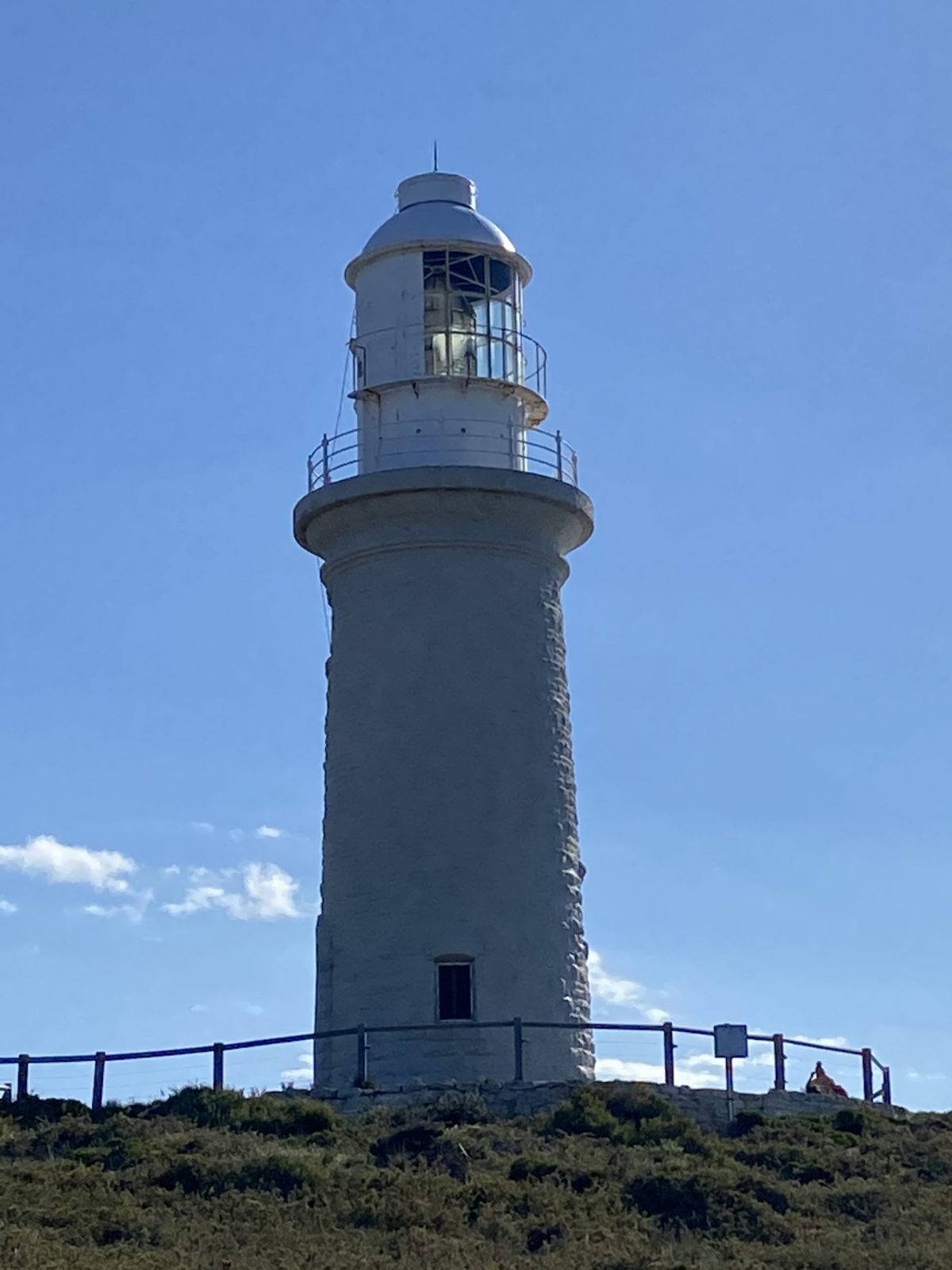 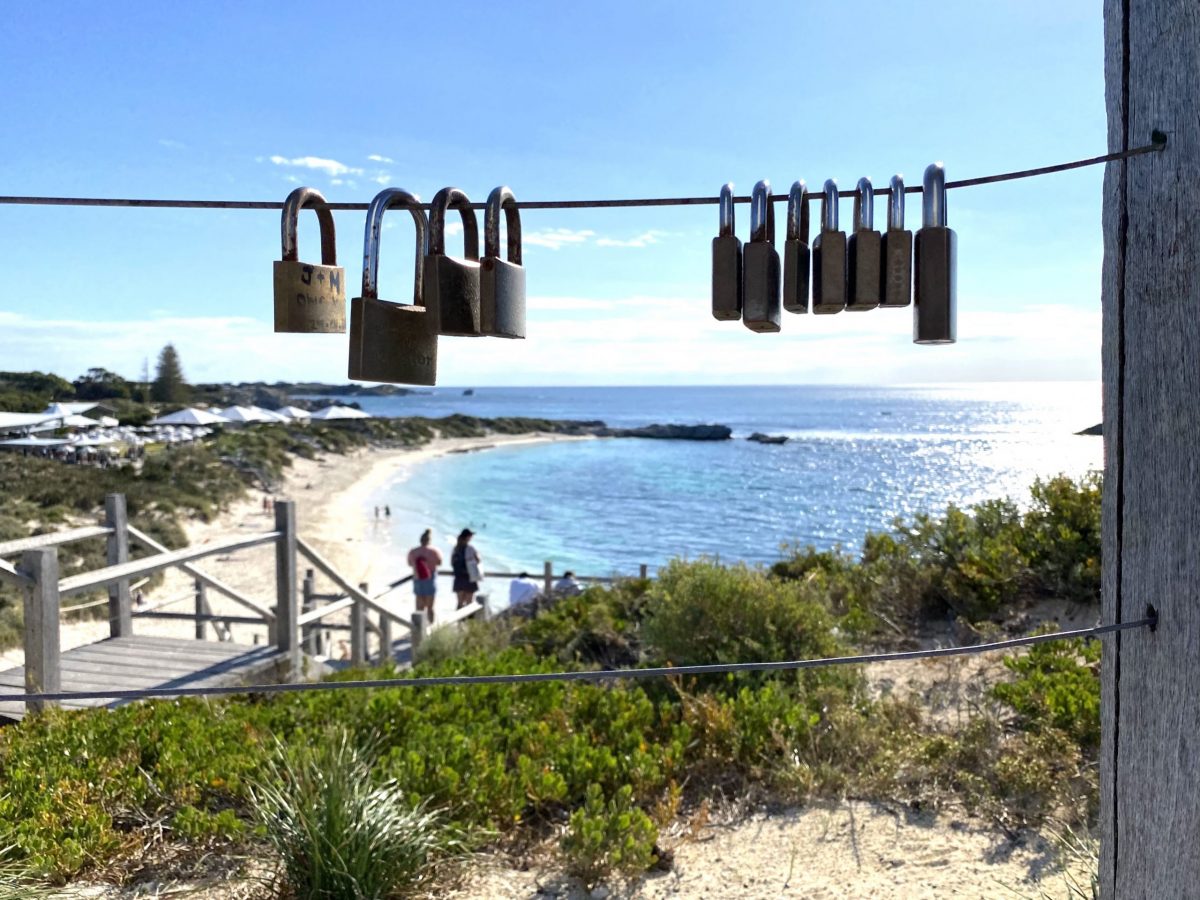 Back in the Settlement, we cycled by Thompson Bay along Vincent’s Way – believed to be Australia’s oldest intact street, built around the 1840s. These ochre coloured cottages were the first houses built in the settlement.

These buildings housed the Island’s first Superintendent, Pilot boat crews and soldiers. They have now been upgraded and are part of the Island’s accommodation houses. The ochre colour was achieved by soaking rusty iron in the whitewash. The glare was too much when these buildings were white. 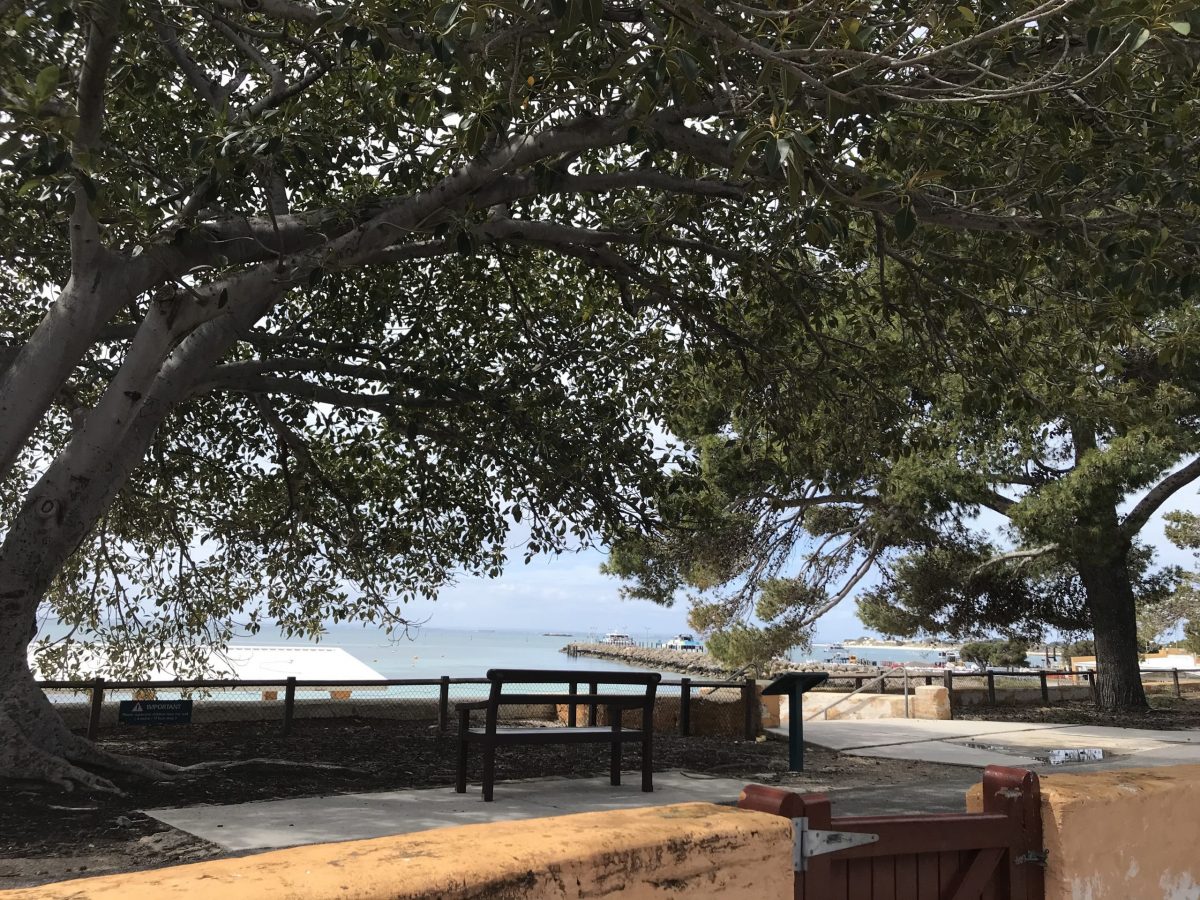 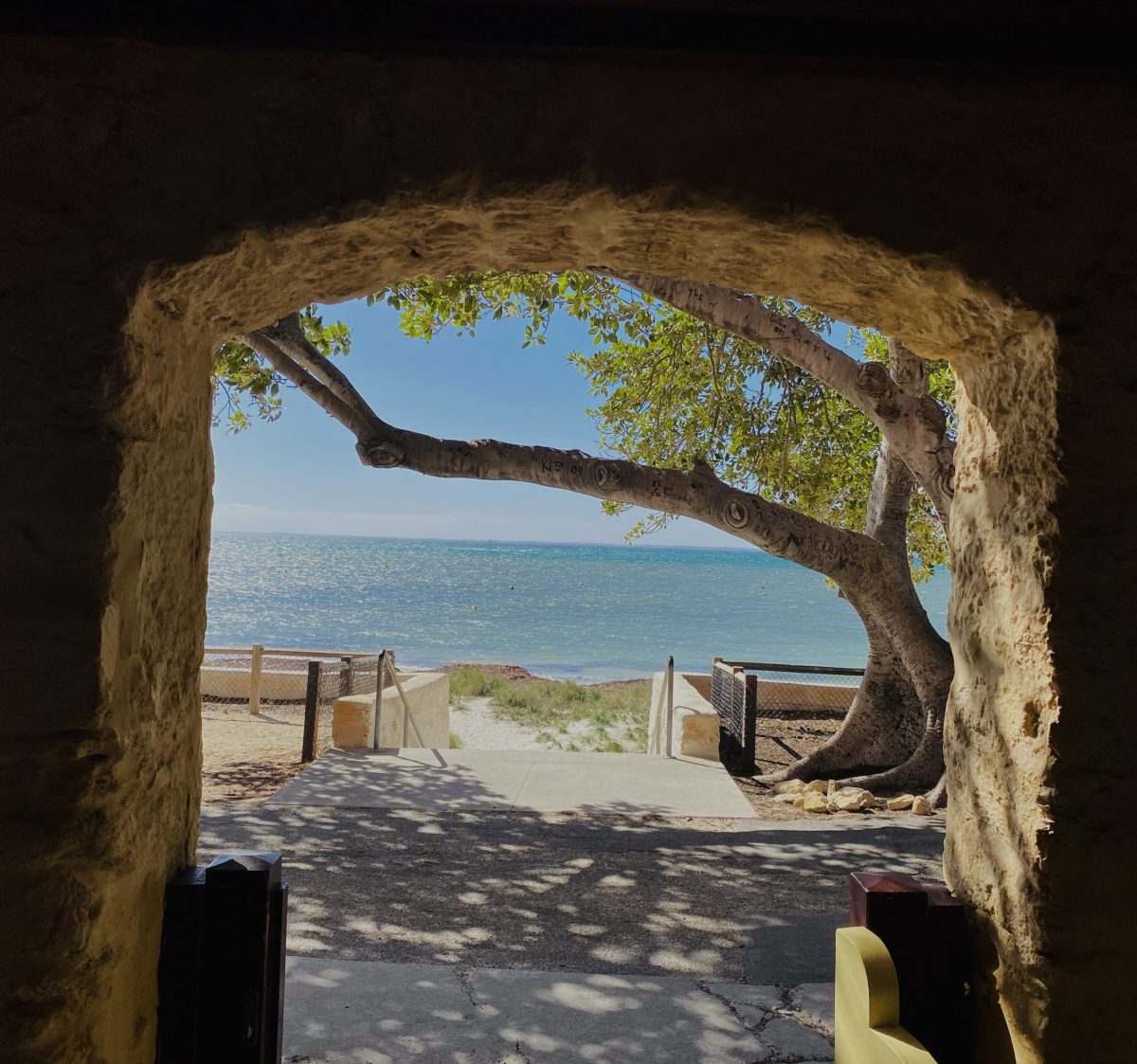 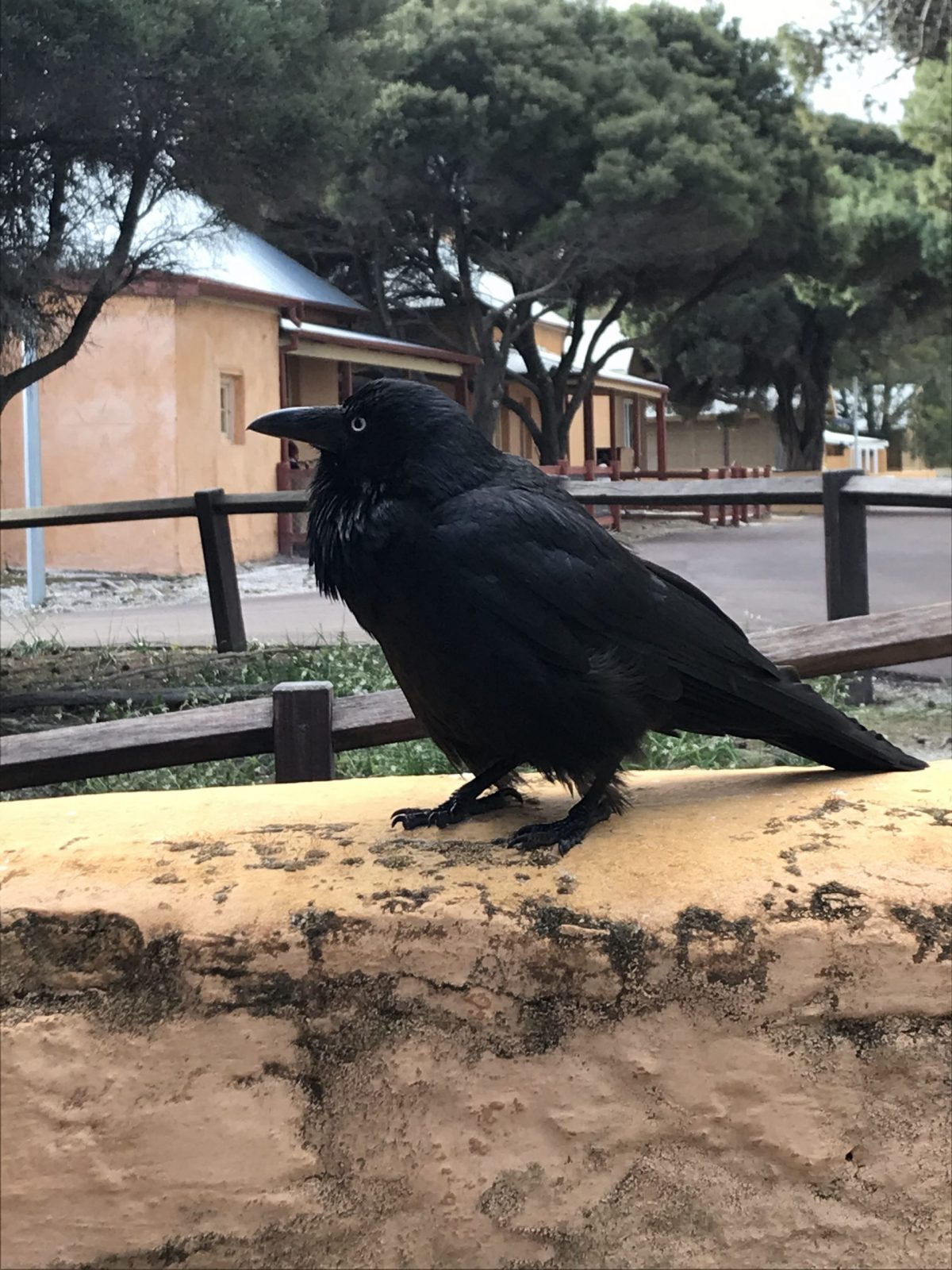 There are more than 22km of cycle trails on Rottnest Island – we covered most of them in one day on our e-bikes with lots of stops for swims and sightseeing.

It’s wise to head straight to the bike hire shop when you arrive on the island, in peak season there is a queue and the shop runs out of bikes.

You can book your bike in advance and skip the queue or bring your own bike from the mainland.

Remember to pack water and sunscreen. In summer a face fly net is helpful when those pesky flies are out!

Cycle helmets are compulsory on the island.

Watch out for quokkas – there are 10,000 of them on the Island. Find out more about the quokkas here.

E-bikes are here to stay – I wonder will the standard bike go the same way the penny-farthing bike went? E-bikes get people, who thought their pedalling days were long over, back in the saddle. And they certainly get you up those Rottnest Hills!