How lucky are we to have a Class A nature reserve on our doorstep, well actually 18 kilometres off the Fremantle coast. 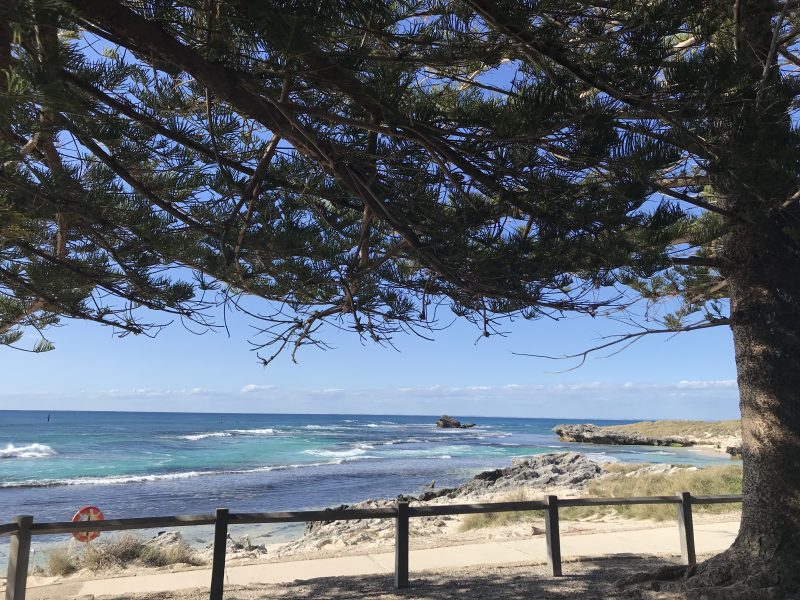 Wadjemup, Rottnest Island is a Class A reserve. These reserves are the most protected type of public land in Western Australia. 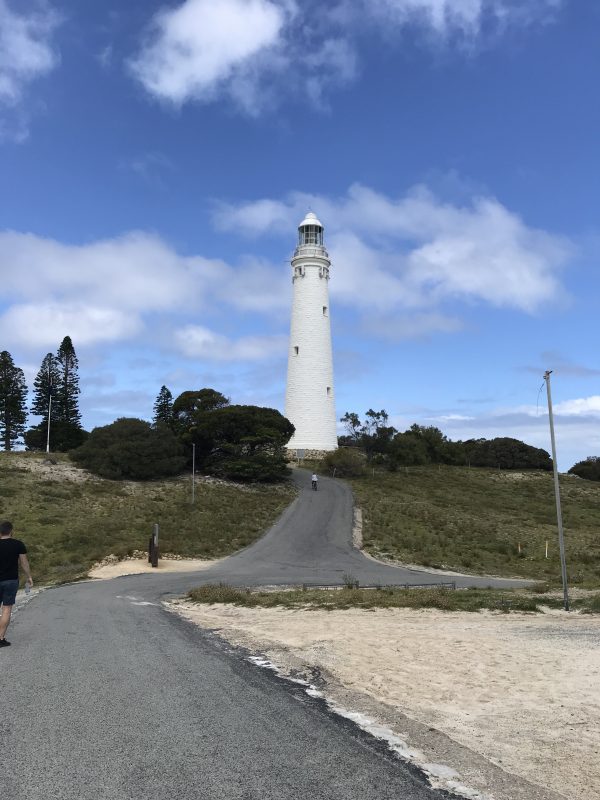 Rottnest is home to 11,000 quokkas. Quokkas are nocturnal marsupials and the only land mammal on the island. They have become a huge tourist attraction.

William de Vlamingh, the Dutch explorer, landed on Rottnest Island in 1696. He described finding ‘a kind of rat as big as a cat’ and named the island ‘Ratte nest’ (rat’s nest) and sailed away.

Quokkas are some of the smallest members of the ‘big foot’ family, which also includes kangaroos and wallabies. I spent a few days on Rottnest Island this week. There are cute joeys peeking out of their mother’s pouches and joeys hopping along close to their mums. 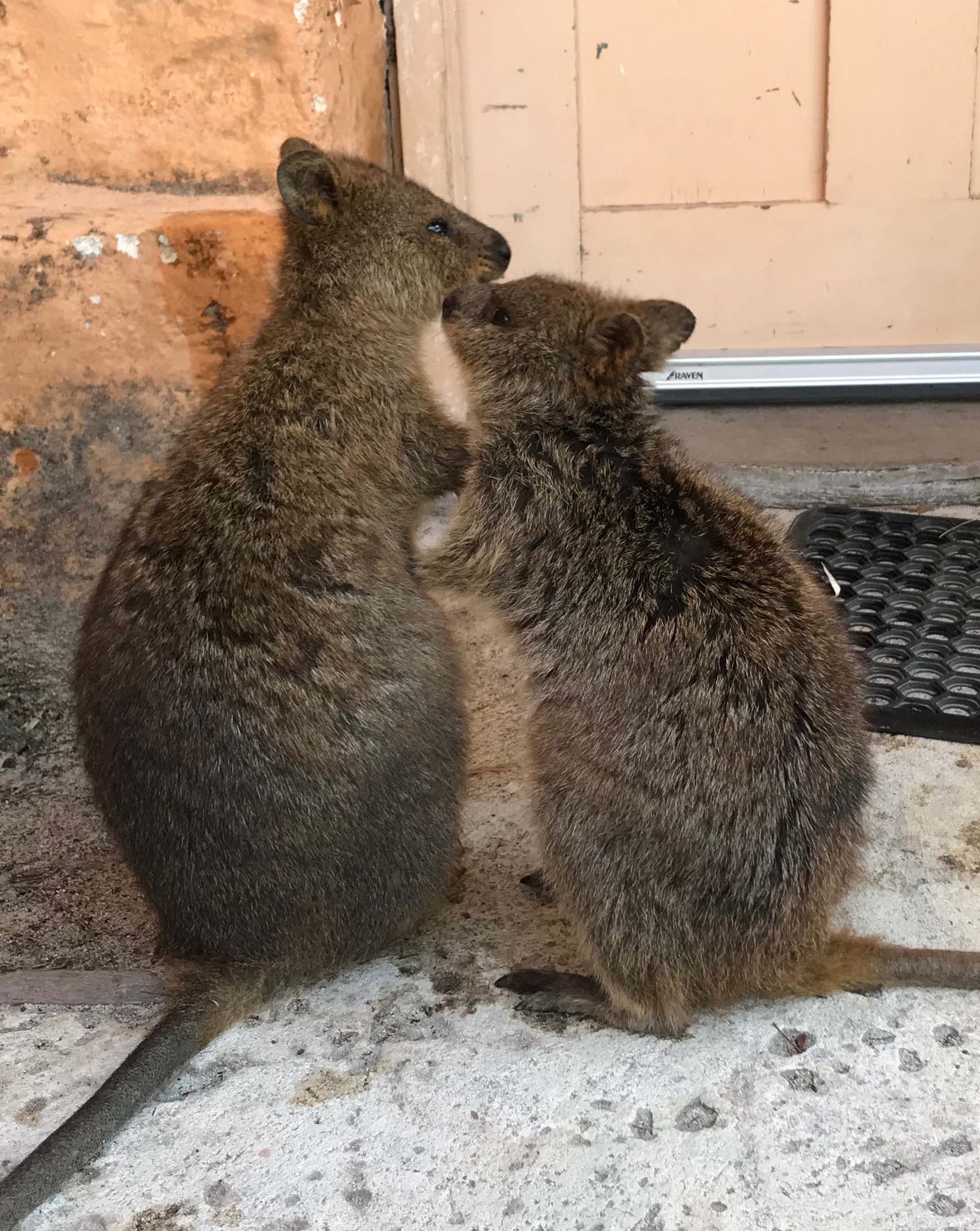 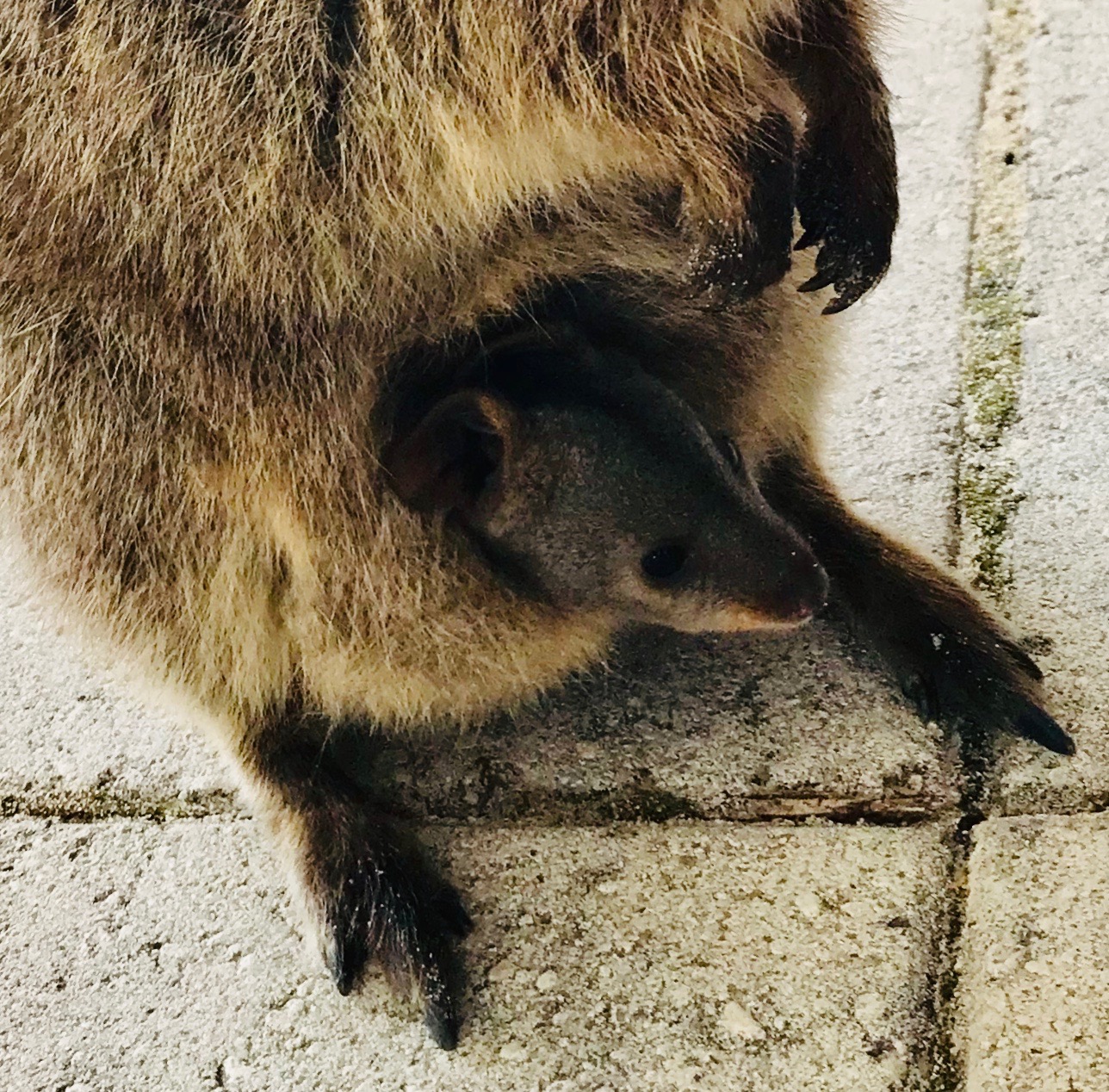 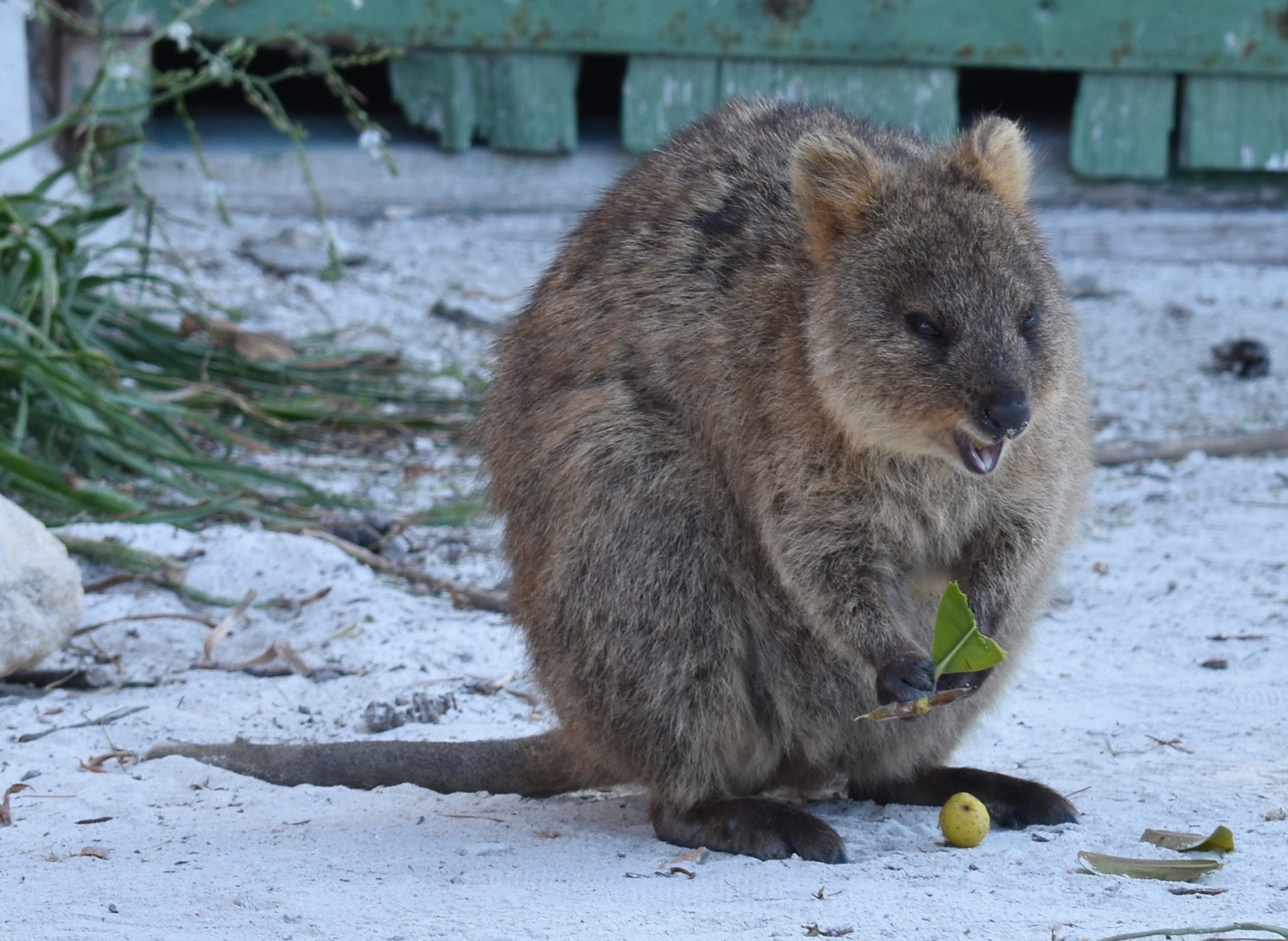 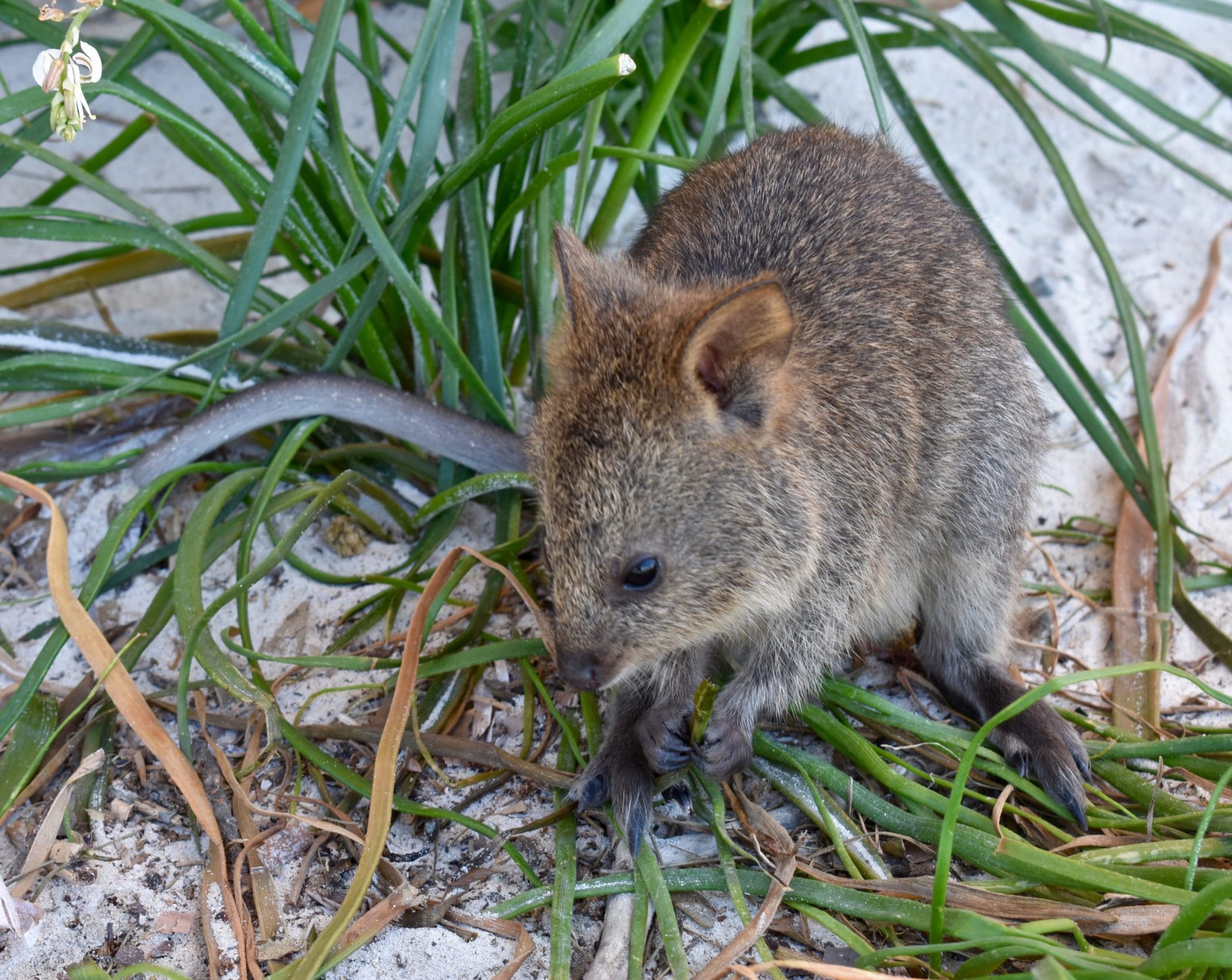 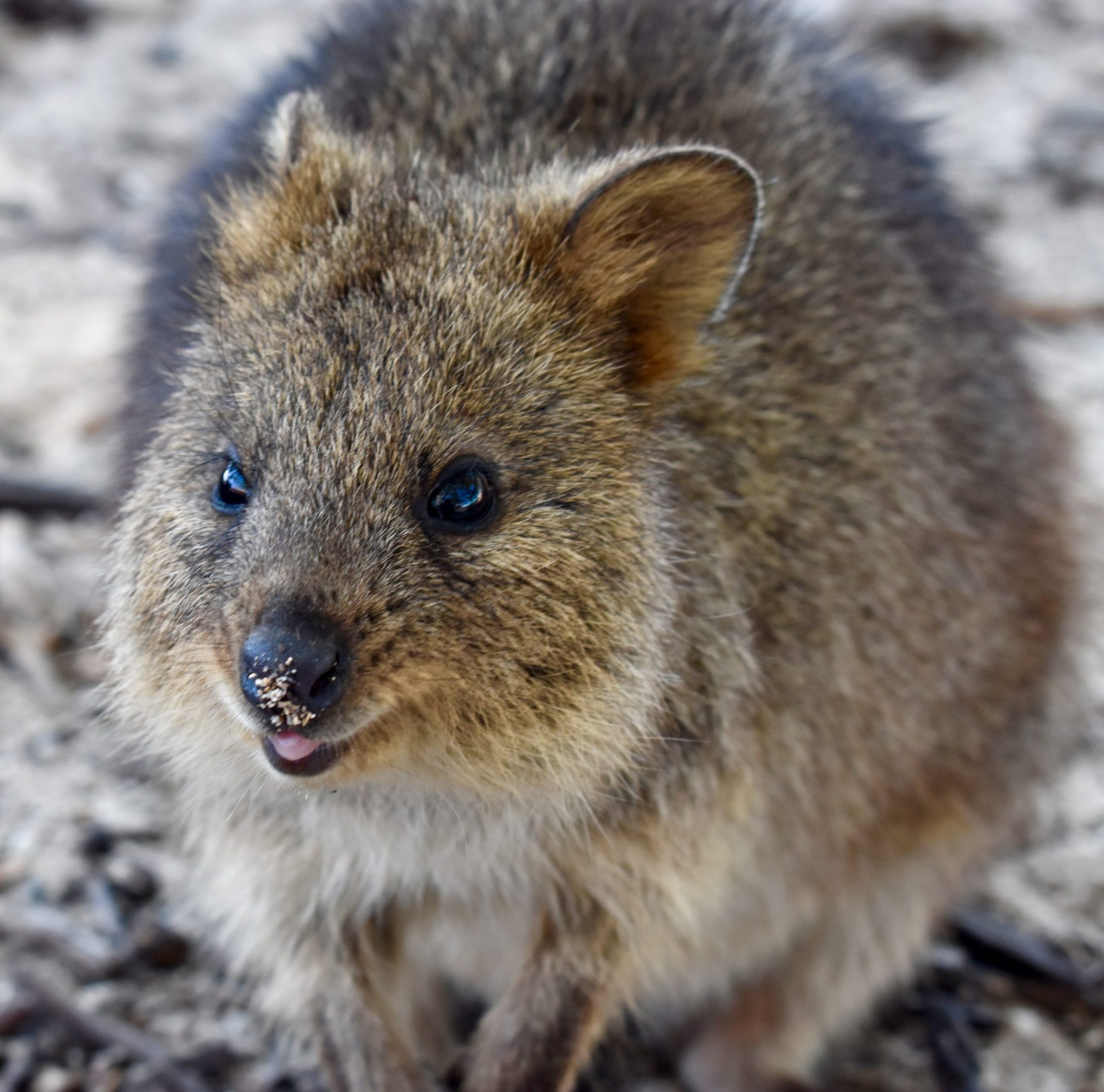 On Rottnest Island, quokkas have become opportunists and sometimes are a nuisance for business owners. They hang around the settlement and wander into cafes and restaurants in search of food.

There is plenty of natural food for quokkas on the island: they eat leaves, grass and love getting intoxicated on Morten Bay figs. When water is scarce, they eat water-storing succulents. It is important not to give quokkas water as it can cause toxicity and death.

When the good leaves are hard to reach, they climb trees. They have the skills they need to thrive in their natural environment. They have evolved over the 7,000 years since sea levels rose and Rottnest Island became separated from the mainland. 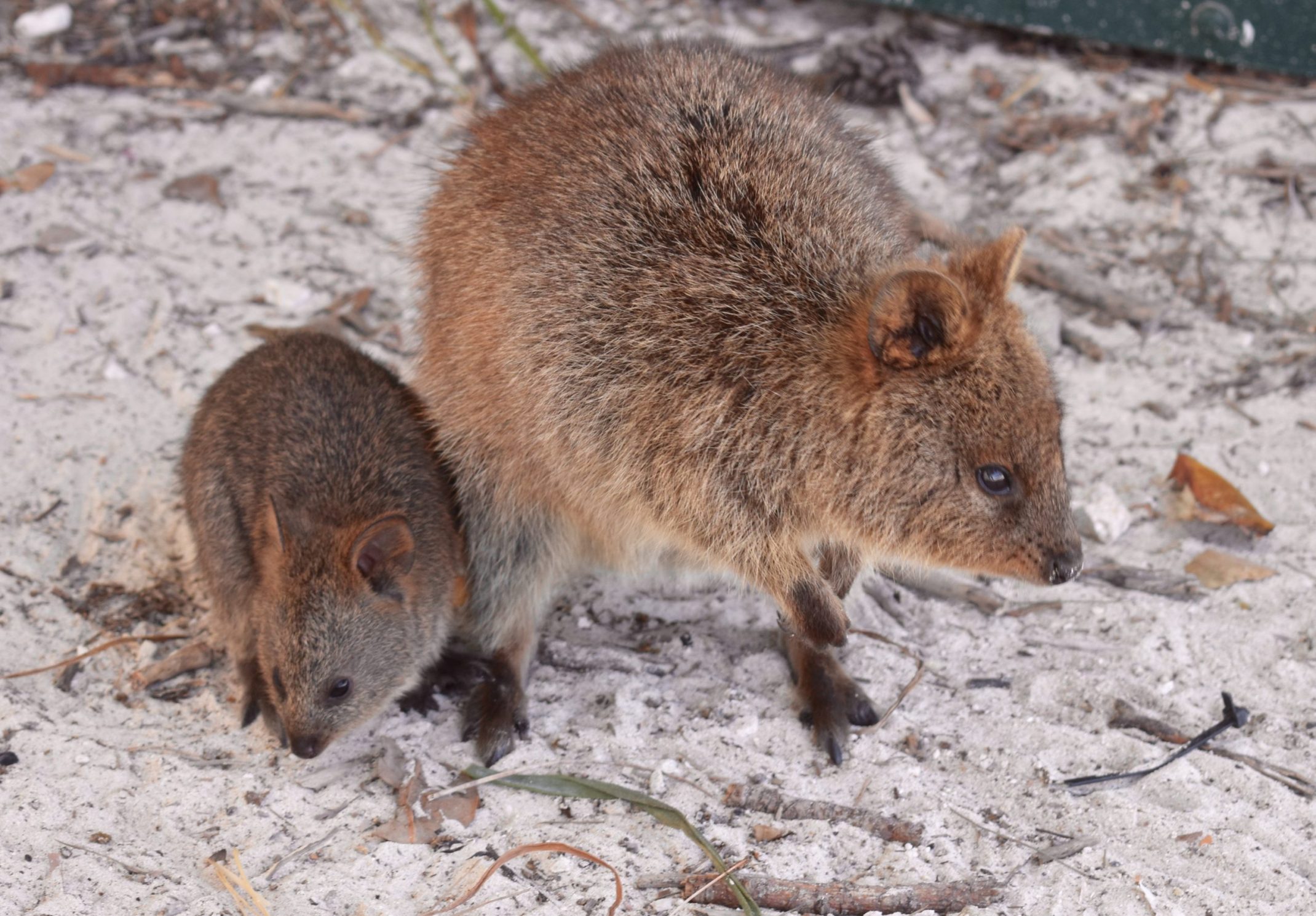 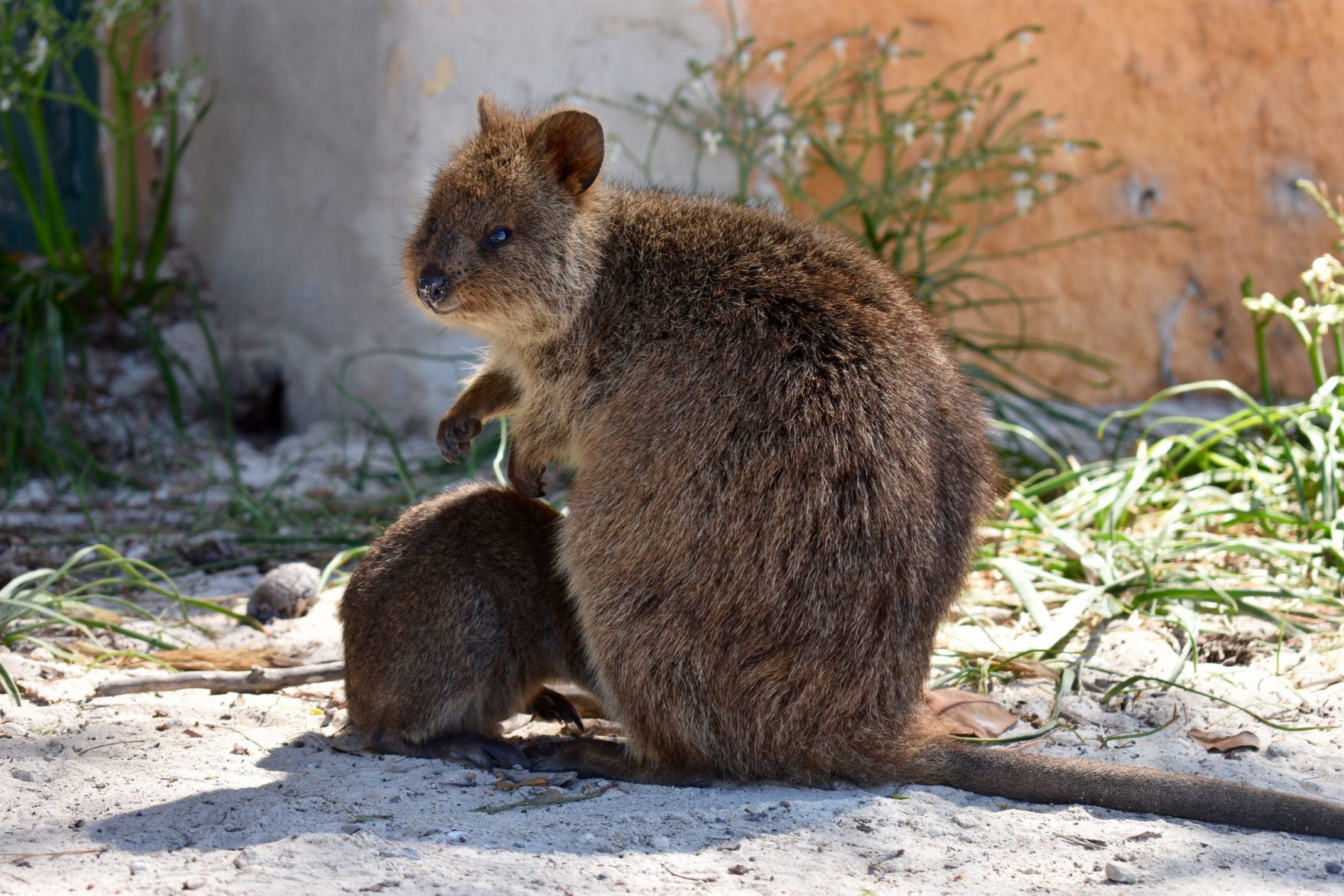 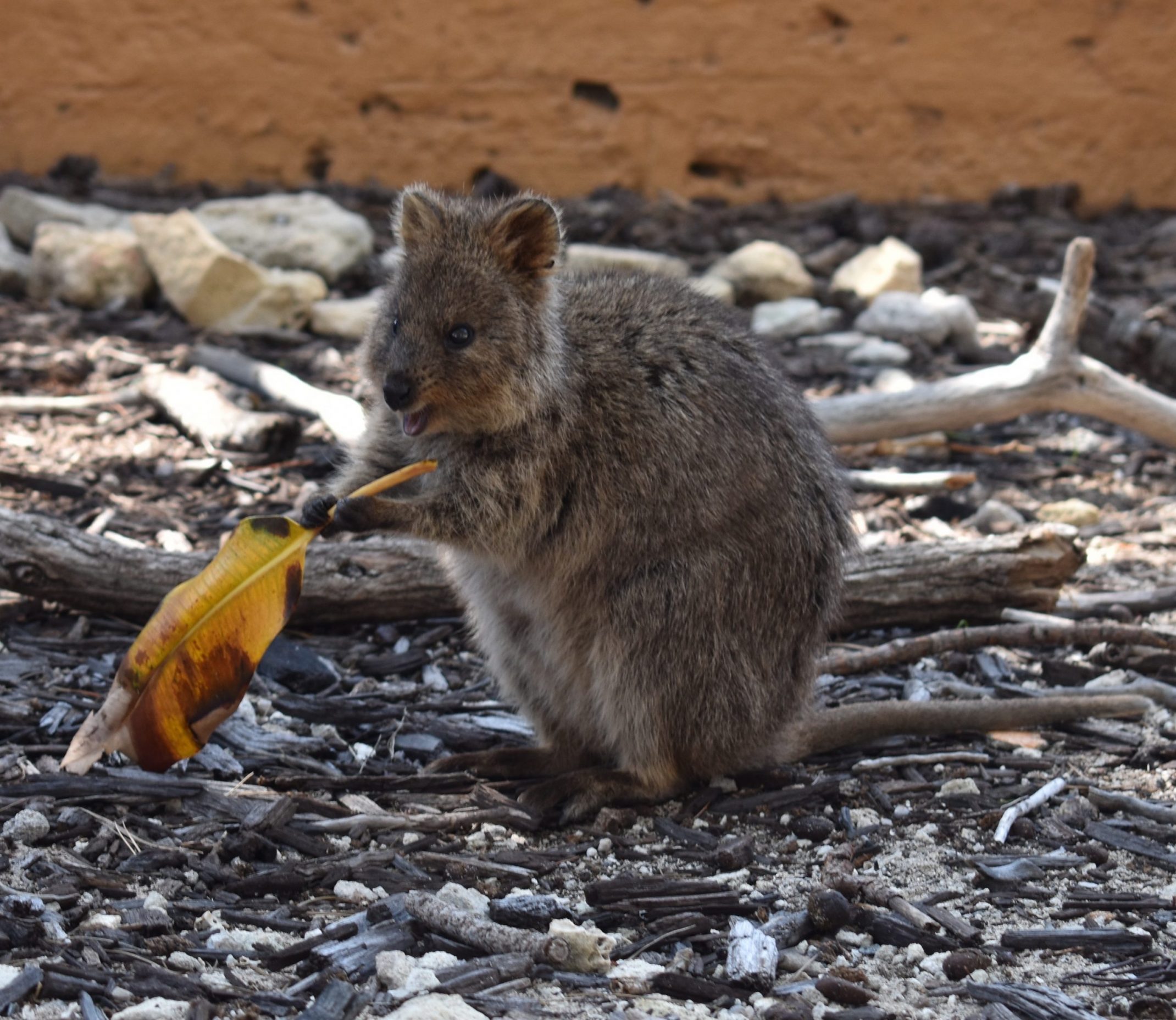 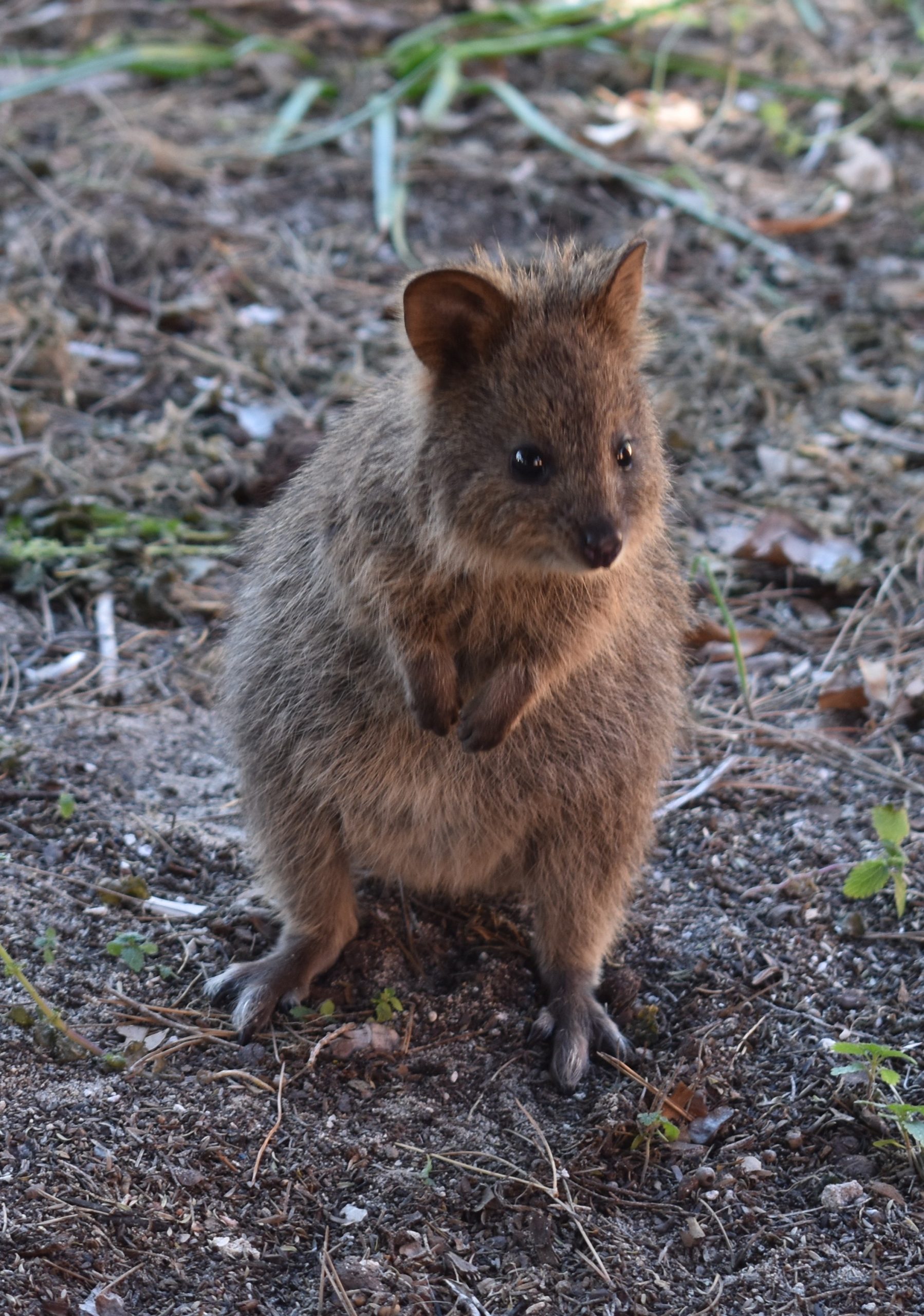 Quokkas should not be fed human food and become unwell when fed anything with yeast. Yeast causes their fur to fall out. I was saddened to see three men at the hotel feeding a quokka tomato sauce and allowing it to eat the remains of their dinner – it is crazy how far people will go to get an unique ‘selfie’ shot to post on Instagram!

Quokkas are curious creatures, you do not need to approach them or offer them food to get close enough for a photograph. Simply get down to their level and wait for them to come to you.

Quokkas look cute and cuddly, but they are wild animals and should be given space. Several people are treated for quokka bites and scratches in the island’s medical centre each year. You can be fined for touching a quokka. 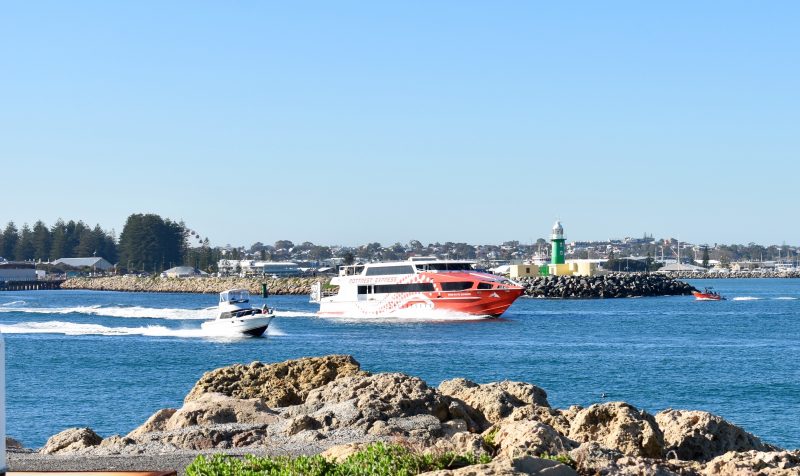 For the month of September, Rottnest Island is celebrating the Quokka Birthday. Children under 12, travel on the ferry for free. There are also reduced ferry tickets for adults.

Lots of free events are taking place – party activities and entertainment for children. There are free talks about quokkas and guided nature walks by rangers.

So, if you are stuck for something to do over the long weekend – jump on the ferry to Rottnest Island and join in the fun!