When you see the photographs of what was, until the last few days, a perfectly intact vessel, you wonder what on earth could have happened to reduce her to this.

Hers now she looked until recently, courtesy of Marine Traffic. 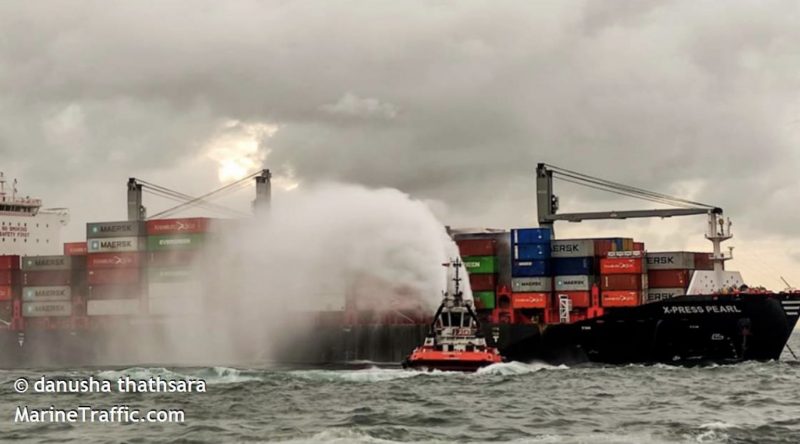 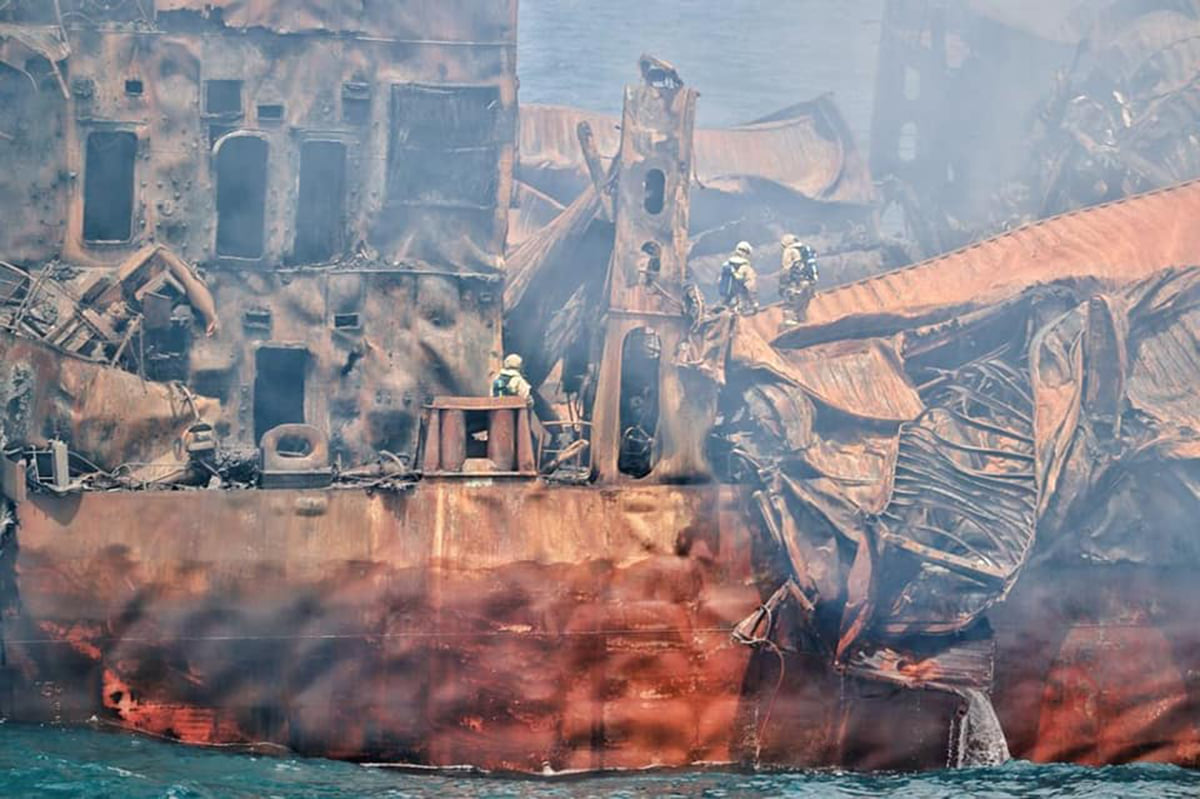 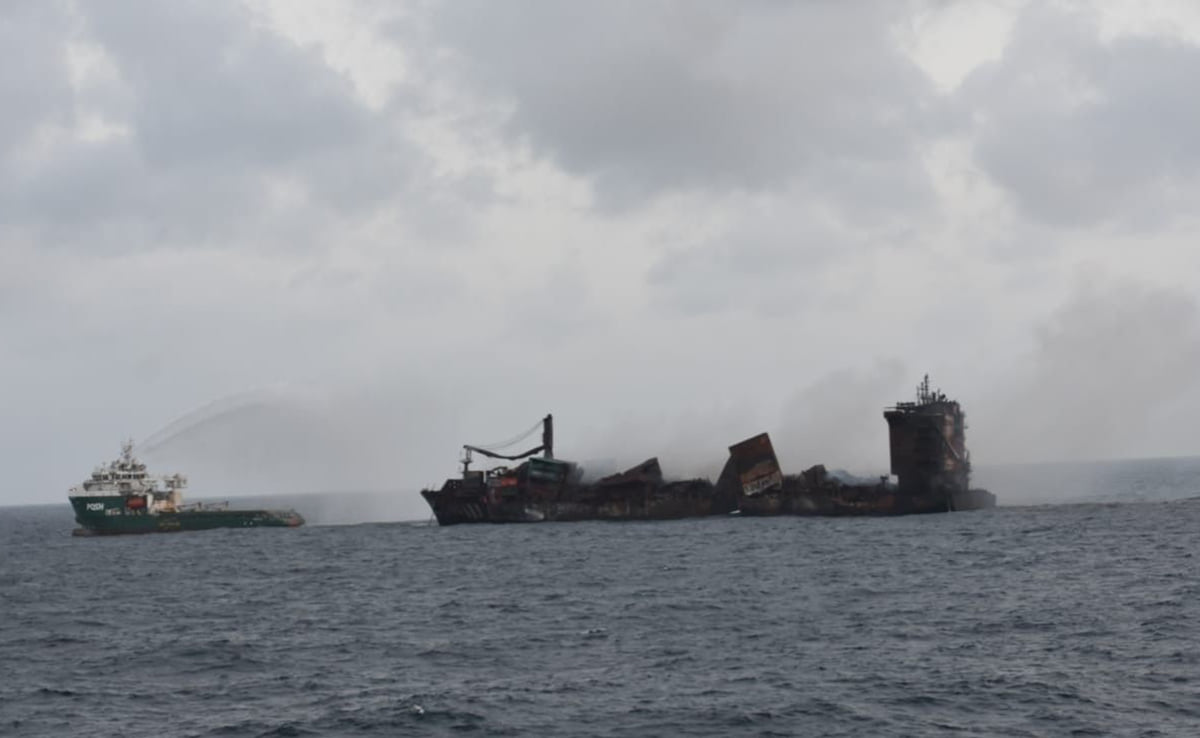 And here’s the incident report provided by X-Press Feeders the vessel’s operator.

On May 20, 2021, the Singapore-flagged Containership, ‘X-Press Pearl’ reported smoke from the cargo hold while at Colombo anchorage, Sri Lanka.

Emergency procedures were initiated, and CO2 released in the cargo hold. Port control and the local authority were informed, and Sri Lankan navy assets along with firefighting teams were placed on standby.

On May 21, the vessel reported fire on deck. Firefighting tugs were deployed by the port authority and a helicopter providing support to help fight the fire. The ship’s crew assisted with boundary cooling of the area.

The Harbour Master and Sri Lankan Navy were on standby to assist in case of evacuation.
Fire and chemical experts were contacted by the vessels operators, and Smit Salvage were appointed as Salvors.

On May 22, the sound of an explosion was heard in cargo hold #2.

12 crew members disembarked from the vessel on May 23 to make way for a 12-person firefighting team. The firefighting team continued the operation in conjunction with water spraying tugs on site.

By May 24, the fire had intensified and was spreading toward the aft of the vessel.

A further and louder explosion was heard on May 25, and as a prudent measure, it was decided to evacuate all 13 crew and the firefighting team of 12. The crew and firefighting team were transferred to a quarantine facility ashore. Unfortunately, two crew members suffered leg injuries during evacuation and were taken to hospital for attention. All were reported to be in stable condition.

Firefighting tugs were operating on-site throughout May 26, with the assistance of Sri Lankan Navy helicopters and vessels and two Indian Coastguard vessels.

On May 27, efforts to extinguish the fire onboard were ongoing with firefighting tugs, the Sri Lankan Navy and Indian coastguard remaining on scene.

All efforts are being taken to save the vessel and cargo and protect the marine environment, and it appears that the onboard fire has diminished somewhat.

What this report doesn’t say a lot about, is that there are great fears for the spillage of oil and dangerous chemicals into the sea just off Colombo.

Nor is it mentioned, as the BBC are reporting, that the vessel was denied entry to ports in Qatar and India before the fire broke out, but when leaks were known to the crew on board.

Sri Lanka’s decision to let her into Colombo is causing angst, although one assumes humanitarian considerations have ruled the day.

The ship looks close to sinking.