Not everyone is crazy for Cruise Ships It Seems

By James Higham, University of Otago

Without stricter conditions, NZ should be in no hurry to reopen its border to cruise ships 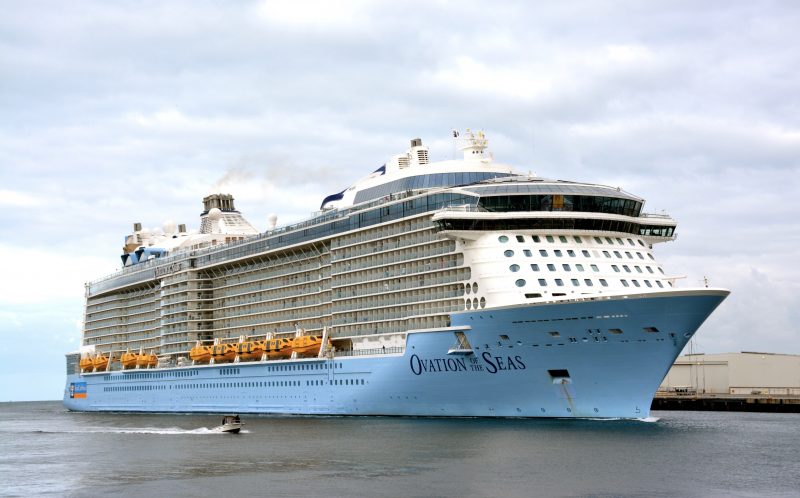 With the arrival in Sydney of the cruise liner Pacific Explorer on Monday – a giant “WE’RE HOME” sign emblazoned on her bow – the pressure is on New Zealand to match Australia and reopen our maritime border to cruise ships.

Chief executive of the New Zealand Cruise Association, Kevin O’Sullivan, called on the government to “stop mucking around”, before leaving to attend an international cruise conference in Miami next week when he would prefer to know when borders will open again.

The government, meanwhile, is awaiting advice from health officials. So the questions now are: should New Zealand rush to welcome back cruise ships, or
should the international cruise industry be given a set of conditions on which any readmission would be contingent?

The world has changed in the past two years. The tourism minister has repeatedly stated there will be no return to the old ways and that the country must make “structural change for regenerative tourism”.

The aim is to align post-pandemic tourism with the government’s Living Standards Framework. The new tourism should enrich Aotearoa New Zealand’s four kinds of capital: natural, financial, social and human/cultural.

To date, little evidence of such structural change exists. Instead, there have been isolated responses to specific tourism management issues – the Milford Opportunities Project and tighter regulation of freedom camping are two examples.

But given its environmental and economic record, the cruise industry should also be subject to close scrutiny before the maritime border reopens.

The cruise industry trades on an image of luxury and opulence, which implies high economic value. The reality is different.

The New Zealand Institute of Economic Research reports that “despite its high visibility, cruise tourism accounts for about 9% of international visitor arrivals (approximately 350,000 cruise passengers and crew) but only 3% of international tourist expenditure in New Zealand”.

This is because cruise lines are overseas owned, passengers spend less than a day at each port of call and eat meals provided onboard rather than onshore. By comparison, international students account for 23% of international “tourist” spending.

As others have argued, the new direction for tourism in Aoteaora should be underpinned by the Māori values of kaitiakitanga, kotahitanga and manaakitanga – a reciprocal model that values the host as much as the visitor.

That’s a far cry from the kind of exclusion of local tourism businesses highlighted by the use of Filipino staff to perform a “pantomime powhiri” when the Golden Princess docked at Tauranga Moana in late 2019.

The global pandemic has only magnified the credibility issues facing the cruise industry.

On March 11 2020, the day the World Health Organization declared COVID-19 a pandemic and 37 days after the Diamond Princess was quarantined in Japan, the industry’s local representative argued against the government’s advisory warning of the risks associated with cruise ships.

The next day, the liner Ruby Princess visited Dunedin and a week later returned to Sydney, where almost 3,000 passengers disembarked. More than 700 COVID-19 cases and 28 deaths have been linked to the ship, and the case remains a salutary reminder of the risks of under-regulation.

While Queensland, New South Wales and Victoria have set testing and vaccination requirements and reopened to cruise ships, Tasmania is yet to make a decision due to community concerns.

The impacts and loss of social licence caused by high cruise passenger arrivals in local communities, as well as claims of exploitation and abuse of international labour , remain unresolved issues.

One recent headline linked the return of cruise ships to Australia with a “sinking feeling” due to the ships’ high carbon emissions. Research has shown cruise liners emit the highest per-capita levels of carbon within New Zealand’s tourism sector, mainly due to their function as a self-contained floating resort, transporting everything passengers need.

Yet the cruise industry remains largely silent on its decarbonisation ambitions, the uptake of transitional and alternative fuels such as hydrogen and entirely emissions-free cruise design.

According to one Australian MP, “Sydney has been a dumping ground for the cruising industry’s oldest and dirtiest cruise ships – vessels that wouldn’t even be allowed to enter most ports in the northern hemisphere.”

The cruise industry also remains silent on air quality, water quality and degradation of the marine environment, as New Zealand’s parliamentary commissioner for the environment explicitly pointed out about ship impacts on Akaroa and its environs.

A comprehensive and critical analysis of the cruise industry is required to advance the debate beyond simplistic reference to ship and passenger numbers and total expenditures.

Such an analysis should include an explicit account of cruise tourism’s contribution to GDP, social impacts and unaccounted environmental costs, and the distributional issues caused by cruise visits benefiting a small number of businesses while those costs are borne more widely.

It would also highlight the urgent need for a new cruise model that is lower in volume and carbon emissions, and much higher in local onshore expenditures, social and cultural engagement and environmental sustainability.

It would almost certainly show that the maritime border should initially be reopened to small boutique cruise ships rather than mass tourism in the form of mega-liners.

In the meantime, the cruise industry requires strong regulation. Now is the perfect time to hold it to account, rather than be in a hurry to offer good news for an industry conference in Miami.