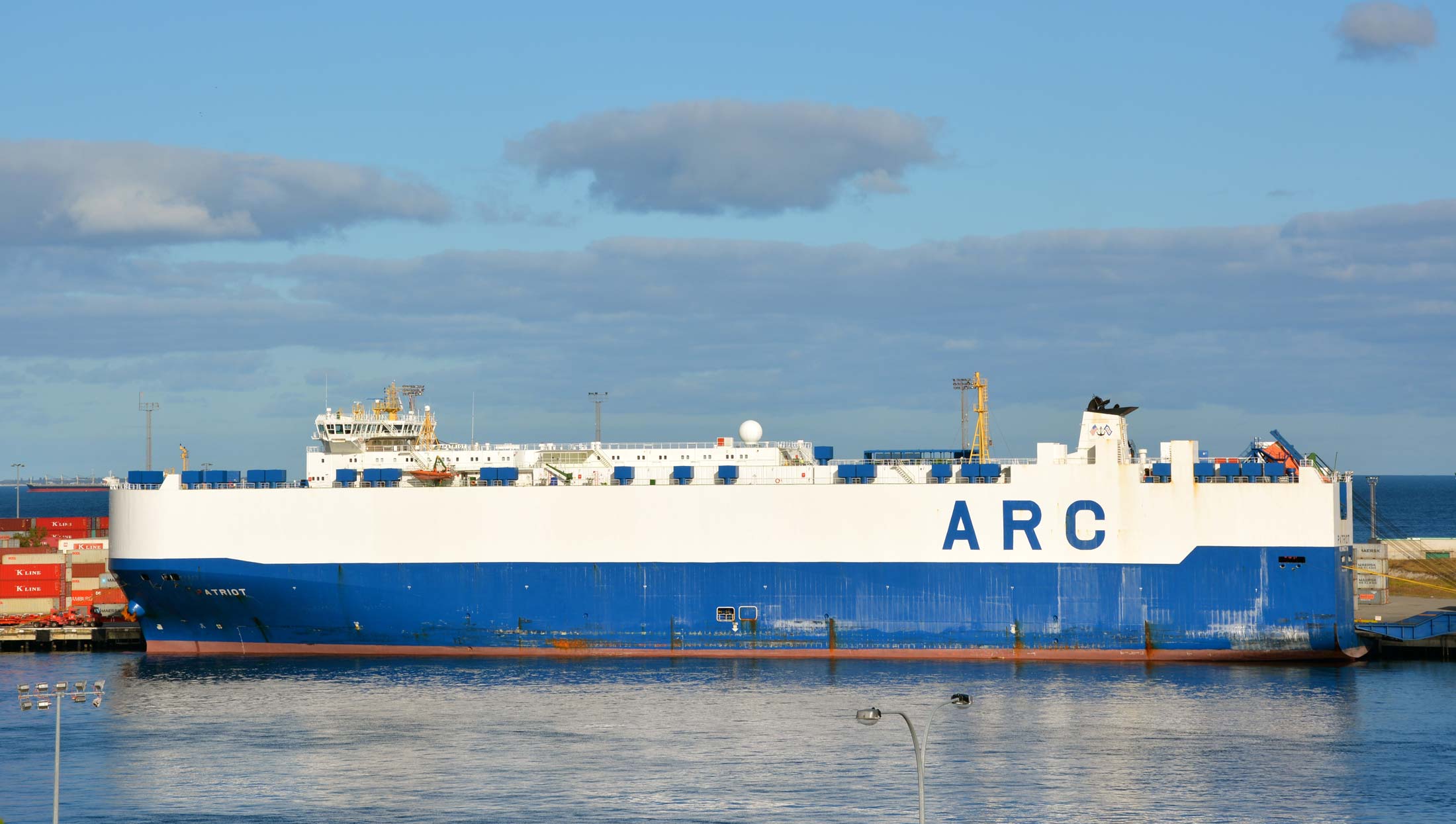 She is the 7th in the fleet of  American Roll-on Roll-off Carrier vessels (ARC), all with fine names which for ARC reflect American values, such as Endurance, Freedom,  Honor, Independence II, Integrity, Resolve, Liberty and of course last but not least PATRIOT.

Speaking of  names, this Ro-Ro vessel was only renamed M/V Patriot (ex-Aida) in October 2016, with a naming ceremony in the Port of Baltimore, having been re-flagged to American registry March 30.

After her reflag by the Coast Guard in the Port of New York she replaced M/V Courage and has been enrolled in the Voluntary Intermodal Sealift Agreement (VISA).

M/V Patriot is among the most capable military-useful vessels in this commercial fleet, carrying helicopters, tracked vehicles, trucks and other military and heavy project cargoes.