University Research Confirms What We All Know …Freo Rocks The Arts

Perth may be the capital, but Fremantle is the centre of the Western Australian creative industries universe according to a study by researchers from QUT and the University of Newcastle just released.

Freo has the greatest concentration of visual and performing artists in the State and the researchers say some of its cultural capital can be attributed to the high density of heritage-listed buildings in Freo. How interesting is that!

“Fremantle has a strong creative DNA and punches above its weight in the creative services,” said QUT’s Associate Professor Mark Ryan who added that Fremantle was part of a nation-wide study of 17 ‘hotspots’ for creative industries funded by the Australian Research Council.

“If you include East Fremantle, the population is just 36,000 but its creative scene is vibrant and diverse. Fremantle has a kind of New Orleans vibe about it.” 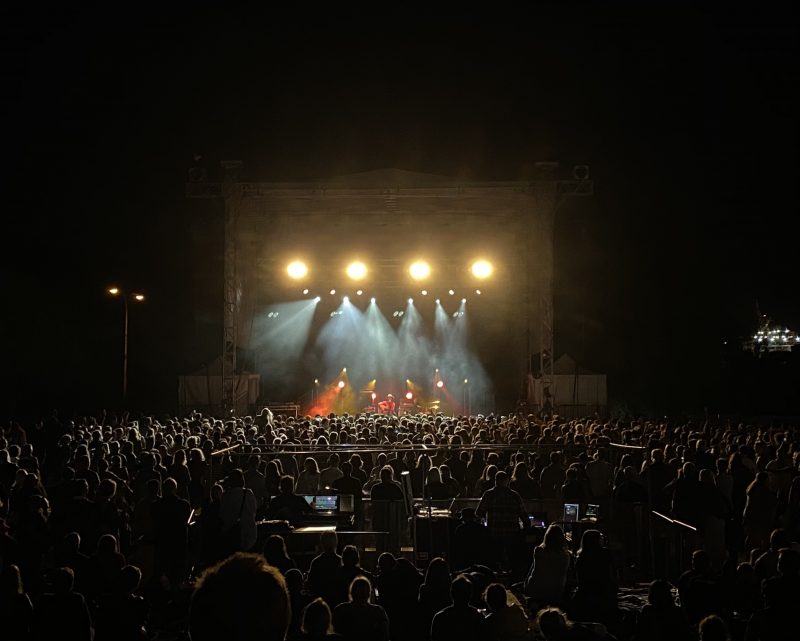 Researchers from QUT’s Digital Media Research Centre teamed up with the University of Newcastle to conduct a four-year long investigation of Australian cultural and creative activity: A population and hotspot analysis.

“Established in 1829, Fremantle was once a lower socio-economic locality. It offered affordable living which attracted migrants and artists in the 1960s and 70s, becoming a multicultural, creative hotspot for live music and visual artists’ studios,” said Professor Ryan.

“Fremantle’s rich seam of protected, historic buildings, like the World Heritage-listed Fremantle Prison and the Fremantle Arts Centre, have become cultural amenities for artists and other creatives. They provide spaces for studios, galleries, venues, filmmakers, and other arts practices.

Historic Fremantle Prison is now a space for the creative industries.

“Public funding is the other key factor, especially when the immense size of WA makes arts and cultural provision challenging.

“Fremantle and other areas receive funding for the arts and screen production via unique state programs like the Western Australian Regional Film Fund, Royalties for Regions, Screenwest and Lotterywest.

“In addition, we found councils in WA hotspots like Fremantle tend to own and deliver cultural services rather than outsource. Public funding only goes so far though and in WA, many city-run arts organisations are adept at attracting commercial income and staging fund-raising events.”

Professor Ryan said 0.62 per cent of Fremantle’s total fulltime workforce consisted of visual and performing artists, compared with 0.29 per cent for Perth and 0.16 per cent for the rest of WA.

“There are also internationally successful musicians and film production companies, along with a high number of creative services workers, both residents of Fremantle and those who commute, including architects, marketing people, designers and digital content creators,” he said.

“Fremantle’s most prominent creative and cultural sectors include music, film and television, museums and visual arts such as painting and sculpture.

“John Butler started his career busking in Fremantle, as did Tame Impala, while Sam Worthington studied acting in the city and a large proportion of WA’s film and television production companies are concentrated there.

“Fremantle’s city streets have a palpable creative buzz, from its widespread public art to its busking scene, cultural events and galleries. Arts and culture are play a big role in its tourism industry.”

In Fremantle, the research team spoke with representatives of arts organisations as well as local artists, publisher, venue managers and gallery directors, the Chamber of Commerce, Mayor Dr Brad Pettitt, film production companies, academics, and others. Case studies in the report include Fremantle Arts Centre, Fremantle Prison and Disability in the Arts, Disadvantage in the Arts.

“Like other cultural hotspots, Fremantle is not without its challenges,” Professor Ryan said.

“The need for investment attractions and an expansion of residential space is at odds with a desire to preserve the past and limit development. The past is more revered here and to some degree, change is viewed suspiciously which could make innovation more difficult.”

As well as Fremantle, researchers reviewed two other Western Australian cities – Geraldton and Busselton. They are currently finalising a further report into Albany and Denmark.

“Our aim is to reinforce the importance of the creative sector to the Australian economy. These are jobs among those less able to be replaced by automation and the role of the creative industries is even more important in this COVID-19 world we find ourselves in,” said Professor Ryan.