Yesterday we reported on the contentious change of use planning application of the moment – the extension of the Norfolk Hotel into the heritage listed Old Girl’s School and Freo Tech College site in central Freo. 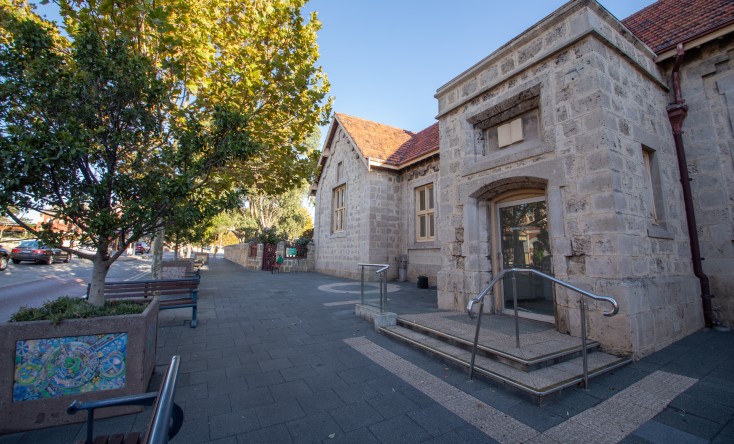 Well, last night the Council of the city of Freo took the bit between their teeth and more or less gave the proponent of the Old Girls’ School pop-up venue the gig they had asked for.

A proposal to establish a new food, beverage and event venue in the heart of Fremantle has been now been formally approved by Fremantle Council, and today the Council has issued a press release noting how Freo is fast becoming the hospitality centre of the universe!

The Prendiville Group’s plans for the site include a training school for hospitality professionals, visitor accommodation and a new food and beverage venue.

The company’s headquarters will also relocate to the technical college building.

As an initial activation of the site a proposal to establish a pop-up food, beverage and event venue accommodating up to 700 patrons was approved by Fremantle Council last night.

“Against the backdrop of the COVID-19 pandemic, it’s been incredible to see how the people of Perth have rekindled their love affair with Fremantle and are rediscovering the multitude of joys Freo has to offer,” Cr Sullivan said.

“In addition to places like Freo.Social and The Old Synagogue that opened just before COVID hit, in the past 12 months we’ve also seen the opening of terrific new venues like Republic of Fremantle, Emily Taylor, Calamity’s Rod and Running with Thieves just to name a few.

“Also in the works are the redevelopment of the Old Courthouse and Police Station, FOMO in Kings Square and now this new pop-up at the Old Girls’ School.

“The City of Fremantle has been delivering on a plan, with the Kings Square Renewal project at its heart, to encourage more investment in Fremantle and attract more people to live, work and play here.

“The investment we’ve seen in Fremantle’s hospitality sector in recent times is a clear sign that the plan is working, and is a great vote of confidence in Fremantle’s future.

“All of these new venues add to the diversity of things to see and do in Fremantle, and cement Freo’s position as Perth’s favourite entertainment precinct among people of all ages.”

It included the former Fremantle Technical School, which was built in 1913, and the adjacent Infant and Girls’ School built in 1878. Both buildings are heritage-listed and conservation work was completed in the lead-up to the sale.

The proposal approved by the council last night includes a bar and café within the Old Girls’ School building with outdoor dining at the front and rear of the building.

An outdoor event area will also be created in the existing car park on the corner of South Terrace and Norfolk Street with spaces for a stage or screen, a bar and food trucks.

Yesterday, we noted that noise issues were central to the Council Officers’s recommendation that the planning application not be approved. The Council says the implementation of measures to minimise potential noise and other impacts on the immediate locality was a condition of the approval.