To Be Or Not To Be – An Hotel On The Old Freo Tech Site?

It’s all happening at tonight’s City of Fremantle Council meeting.

We all remember hearing that the Prendiville Group acquired the historic old Girls School and Tech College site in central Freo. Here’s our earlier report. 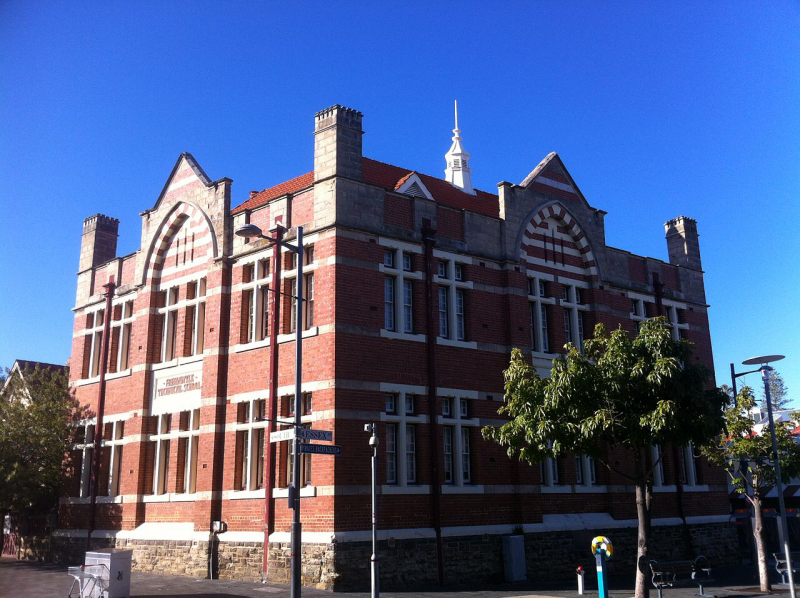 Well they have now sought approval for a change of use of the site so it can be used as a hotel.

However, Council officers have recommended against approval.

What will Council do?

For reasons outlined in the officer comments in the papers before Council, the applicant is said to be unable to demonstrate that the proposal is capable of complying with the requirements of the Environmental Protection (Noise) Regulations 1997 and as such is considered to adversely impact on the amenity of the locality. As such, the application is recommended for refusal.

These papers show that approval has been sought for a change of use to Hotel and associated works to an existing building and courtyard on the subject site at 41 South Terrace, Fremantle.

As we all know, the site comprises existing State Heritage listed buildings.

The applicant has described the proposal as a pop-up food, beverage and event venue, accommodating up to 700 patrons, trading 7am to Midnight seven days per week throughout the summer months.

The design proposes to utilise the buildings for a range of temporary uses including cafe, provedore, bar, restaurant and outdoor event spaces. The proposal is intended to activate the site until the proponent proceeds with further development at a later stage.

The proposed floor plan indicates the following:
• Bar and Café uses within the existing Old Girls School Building with outdoor dining
to both the front (South Terrace) and rear of the building; and
• An outdoor event space of approximately 640m2, in the existing car parking area
at the South Terrace and Norfolk Street corner of the site. The plans include
areas for a screen/stage, a bar and food trucks.
• No use is currently proposed within the Fremantle Technical College building
(Essex Street).

The proposed works and uses include:
• Interior bar area and support spaces to central lobby area.
• The addition of a temporary external preparation kitchen and support spaces.
• New openings to the courtyard and building from lobby area.
• Modifications to the existing toilet facilities.
• Landscaping works to the existing rear carpark area.
• Screening/enclosure of a store area adjacent to the Norfolk Street access point.
• New entry point from Norfolk Street close to the corner of South Terrace, and pergola
structures over these entries.

As we say,Council officers have pointed to noise issues as a principal problem.

In their report the officers say –

‘It is acknowledged that there is general support for an ‘Entertainment’ type use for this site however, as detailed further in this report the applicant is unable to demonstrate that the proposed use, specifically the outdoor event space is capable of complying with the Environmental Protection (Noise) Regulations 1997 and as such Officers are not satisfied that the proposal will not adversely impact on the amenity of the locality, specially the adjacent and nearby residential developments by way of noise, particularly after 10pm.
It is considered that the proposed Hotel land use in and of itself could be considered appropriate to operate from the site provided that sufficient noise mitigation measures were introduced to manage the business. Officers are of the view that the potential noise impact as a result of this proposal cannot be dealt with by way of a condition of approval (such as a management plan) and for that reason the proposal is recommended for refusal.’

However, there’s an alternative motion for approval, moved by Cr Andrew Sullivan and seconded by Cr Frank Mofflin. There are also amendments proposed to that motion. You’ll find them here.

These motions would see an approval but many conditions dealing specifically with many aspects of the proposed development.

It’ll be fascinating to see where all this washes up!