Home 2021 March 23 Fremantle, the Indian Ocean, and the Digital Economy

Fremantle, the Indian Ocean, and the Digital Economy

Fremantle is Western Australia’s main outreach to the increasingly important Indian Ocean region, and the state has long considered itself to think differently from the rest of the country about Asia (even if the former Asian Engagement ministerial post seems to have disappeared from Mark McGowan’s new Cabinet).

As Fremantle regenerates, then, what is happening in key parts of the Indian Ocean economic development system should be central to thinking about future investment and growth here.

Right now, in the wake of Covid, much of that thinking should start with the digital economy, the shorthand term that covers the rapidly escalating role played by the digital world in global economic activity. 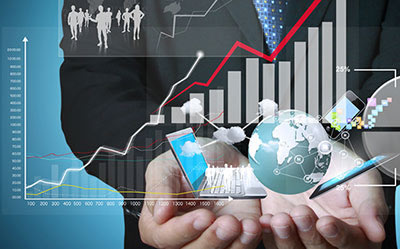 That spectacular growth has emerged from the the Digital India campaign , and at the present rate of growth the 2025 figure will reach $US 1 trillion.

Australia is in on this trend, to a degree. In 2014 the digital economy here nationally was worth $US 70 billion and by 2020 about $US 130 billion. That is a respectable rate of growth.

And Australia has joined with Asian Tiger powerhouse Singapore in a bilateral approach to developing growth in the digital economy.

But elsewhere in the region things are moving much more rapidly. 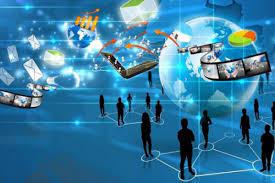 Even in Indonesia (not normally thought of as a “modern” economy, perhaps unfairly), the digital economy reached $US 44 billion in 2020 and with clear plans to build strongly from there.

Across the other side of the Indian Ocean, in sub-Saharan Africa as a whole, half of the world’s mobile money operators are already at work and in 2020 that market hit $US 14 billion.

Why is all this important for Fremantle and for Western Australia more broadly?

One indirect answer to that question is to look at another Indian Ocean rim site most people here would rarely if ever think about in these terms.

The state of Sarawak in Malaysia has had, since 2017, a clear policy intention and financial investment strategy to place the digital economy at the the heart of its economic policy planning.

Now that’s important because Sarawak has long depended on depletable resources like oil and gas to support its economy, in the same way Western Australia has depended on iron ore and other minerals.

Sarawak has a clear intention to break that reliance, but what of Western Australia?

Well, the picture is not so clear. Brand new Minister Don Punch is responsible for Innovation and Information & Communications Technology, or ICT, as well as for a few other things. The current State ICT strategy expired at the end of 2020, and the focus was mostly on government services and efficiency.

There is no Minister for the Digital Economy and no apparent strategic development strategy for the issue even though earlier commentators have charted the likely benefits .

Following the state election, Premier Mark McGowan has a rolled gold mandate to do pretty much what he wants: he has a $3 billion war chest and so many MPs he can scarcely fit them into the parliament.

On election night, though, he mentioned a new hospital and more roads. Even a couple of days later, the ‘the exciting developments’ consisted almost entirely of more of the same.

And public discussions about diversifying the WA economy seem pitched at more generic and across the board solutions rather than seriously forward looking ones.

Fremantle is envisaged as a place that will get a new traffic bridge, lose a container port, build a new film studio, and mushroom more microbreweries and distilleries that will scarcely fill up all the vacant offices and shops.

What about taking some of that $3 billion and putting Fremantle at the heart of a state digital economy development that looks out to and links with all those other Indian Ocean initiatives?

We could, for example –
* Set up incubator and innovation centres to create world class and in-demand services and systems.
* Invest in workforce training programs that build an industry like the one in India.
* Provide incentives for business and industry to underwrite all this growth.
* Diversify away from a reliance on minerals, but do even more to develop mining efficiency by way of digitalised operations.

That would be a real future proofing both for Fremantle and the state.