As the City of Fremantle says on its homepage, the historic heart of Fremantle is being transformed into a vibrant city centre with a host of fantastic new public facilities and features.

And as we reported sometime ago, the City is currently exploring the possibility of renaming the space known as ‘Kings Square’ in the Fremantle city centre. Well things have moved along! 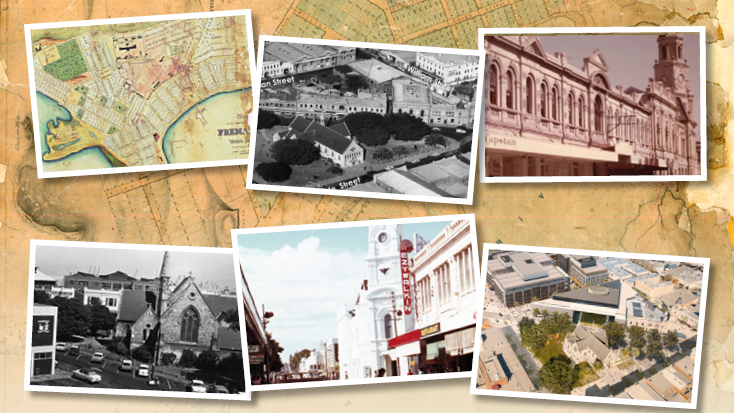 Following an open call-out for additional name suggestions in late 2020, everyone is now invited to explore and consider a shortlist of names. Council is keen to engage broadly with the community on the possibilities before finalising a position: which is to say, maintaining the current name, renaming, or dual-naming Freo’s main public square.

In stage one of the City’s engagement (October 2020) 194 submissions were received, expressing a total of 241 ideas. This included 128 new names (both Aboriginal and non-Aboriginal names), 5 dual-naming suggestions, various suffixes and 108 general comments about keeping the current name or renaming.

These were then ‘assessed’ against the naming criteria adopted by Council. The criteria were: generates a sense of civic pride; directly relevant to Fremantle; and enduring. These were then provided to Landgate for preliminary comments and presented to a special Kings Square stakeholder group for the Council’s project.

Some names were deemed not suitable and did not progress. As a result, the ‘Dockers’ remain luckless!

The process reaffirmed names already put forward and resulted in a new dual-naming option and several suffixes to be considered.

In November 2020, Council gave ‘in principle’ support to new public artwork in Kings Square that interprets both WA’s Nyoongar culture and Fremantle’s colonial past. The interpretive concept integrates the location of the original St John’s Church and includes a ring of 14 large stones representing WA’s 14 Nyoongar clans from Geraldton to Esperance. The stones will be sought from traditional owners from each of the clans, and with their consent, transported to Fremantle for final installation. Have a look at this video of the artwork.

The Kings Square name stakeholder group explored the unique opportunity of integrating this artwork into the naming discussion, resulting in a third theme and name for public consideration.

The Council recognises this is a big decision and encourage us all to explore the information behind the space before sharing your thoughts.

The City has also provided detail about the background to potential names.

Kings Square was shown in its present location in Surveyor General Roe’s 1833 town plan for Fremantle. The name refers to King William IV of England who was monarch at the time (he reigned from 1830-37). William, Adelaide and Queen Streets surrounding Kings Square also reference King William and his wife Queen Adelaide. The name demonstrates how the new arrivals wanted to maintain ties with their homeland and remain part of the British Empire. This link to the ‘mother country’ was used as a way to attract settlers and investors to the Swan River Settlement. The name Kings Square has remained unchanged since the 1833 town plan, except for a brief period as St John’s Square in the 1980s. [Image: Section of 1833 plan for Fremantle]

Aboriginal people named land according to their spiritual, physical, social and cultural connection to it. Walyalup was the name given by Yagan in 1832 to describe land around Fremantle. Walyalup Koort (Heart) means a place in the heart of Fremantle. As a variation, Walyalup Karlup means Fremantle heart-country / home. Other suffixes are open too. The use of Walyalup was supported by WRAP elders and in February 2020 Council adopted the name Walyalup Civic Centre for the new building in Kings Square (pictured).

Inspired by a proposed future artwork for Kings Square by Sharyn Egan and Simon Gilby, this means ‘rock fire’. As a variation, the Nyoongar word Koort, (Heart) could be added, to acknowledge its place in the centre of Walyalup. Other suffixes are discussed below. You can find out more about this artwork in a video(External link) by clicking here or visiting the video library. This name was put forward for consideration by the Kings Square name stakeholder group.

In stage one the City received several suffix suggestions. One key theme was using a Whadjuk Nyoongar name to recognise Traditional Owners and another was using an Italian word to recognise the contributions of Italian migrants to the development of Fremantle. Other suggestions (such as ‘Place’) were not approved for use against the naming guidelines.

Have your say on the name
Go to this link and let the Council have your preferences and comments, but do it by 18 April!

We have to say, we continue to like Midgegooroo Square. A blend of the name of the traditional Noongar leader and important Traditional Owner as of 1829, and a place name, a ‘square’ used by British colonists back then to denote the civic centre of a town or city.