On Thursday night Fremantle threw off its lockdown shackles and sprung back to life as the annual Hidden Treasures music series swung into action.

For the next three weeks, Thursday nights in downtown Fremantle will continue to be given over to local live music as an eclectic selection of some of the harbour city’s finest musical ensembles take to the stages of a variety of venues, including the Buffalo Club, National Hotel, Navy Club, and PS Art Space.

A line-up of local singer-songwriters will also tour around town entertaining passengers on the Fremantle Tram.

Local music has been hit hard by the Covid crisis. With live music not lending itself to social distancing, it has been a gradual climb back to something that resembles normality for the music business. While venue capacity was carefully monitored across the venues on the series’ opening night, the caps did nothing to hamper the Hidden Treasures’ celebrations. If anything, it just gave patrons more room to dance and groove. 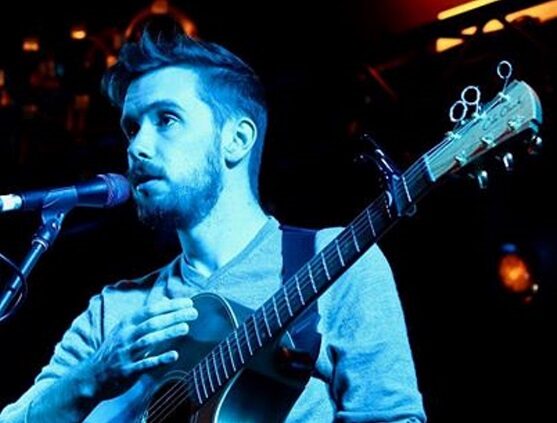 It was a wholehearted embrace that Fremantle gave the performers and there was arguably no better example of that than the reception offered singer-songwriter Kobi Morrison, who commandeered the Fremantle Tram for the night. Armed with an acoustic guitar and a set featuring a mixture of originals and covers, Morrison sang in a mixture of English and Noongar, taking passengers on an enthralling and moving cultural journey.

Opening his set with a rendition of ‘Three Little Birds’, sung in both English and Noongar, the singer-songwriter guided his audience through a joyful singalong, with the audience’s delivery of the chorus often drowning out the performer’s. The community choir continued with a Noongar translated rendition of John Denver’s ‘Take Me Home, Country Roads’ before Morrison delivered a striking composition of his own, inspired by his family’s encounter with Roelands Mission.

Songs by The Pigram Brothers and Creedence Clearwater Rival further highlighted Morrison’s unique interpretive perception while he poignantly closed out his set with another song of his own – the gorgeous ‘Boorda (Later)’ – poignantly ending his performance by telling the audience that in Noongar there is no word for goodbye.

At the other end of the musical spectrum was Fremantle’s favourite folk raconteurs, The Justin Walshe Folk Machine, who took to the stage of the Navy Club. A long line of patrons waited patiently outside the venue at show time to gain entry, but once inside the Folk Machine’s unique brand of alchemic acoustic Australiana provided the perfect opportunity for the audience to let loose. 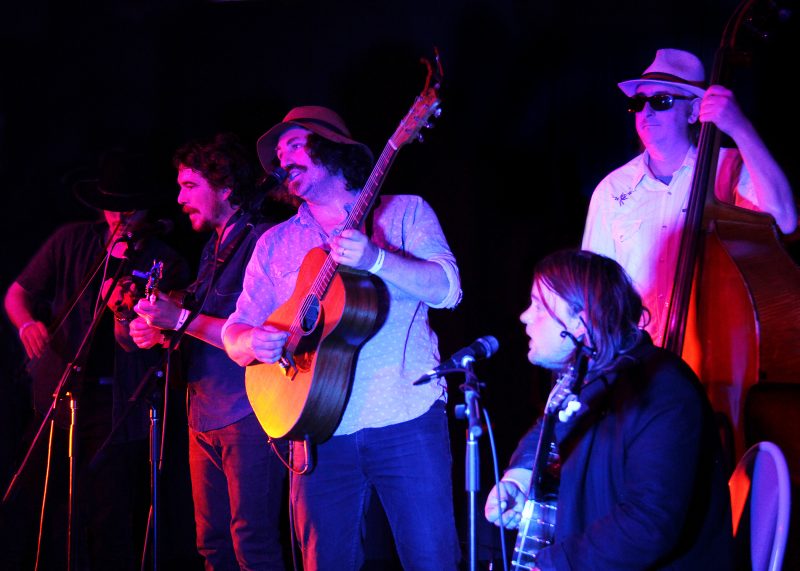 Walshe and his collective have carved a unique niche within the local music scene. With the band’s leader both an entertaining and enthralling storyteller, the raucously rustic folk machine provides the perfect tone and temperament to wring every once of sentiment from the songs. Take the song “Who Killed Burke & Wills?” for example.

In posing the question, Walshe runs through a list of potential candidates across the verses while driving home the question in the chorus. A West End bar on a Thursday night isn’t an obvious setting to be delving into the unanswered questions from Australia’s colonial past, but with a backdrop of vivacious quasi-bluegrass, Walshe et al had the audience querying the events with him – sometimes at the top of their lungs.

The set drew heavily from the band’s latest album – The Great Escape – featuring future classics such as ‘Ants’, ‘The Road to Menindee’, and ‘Sniffin’ Glue’, while also serving as an official launch for the album. Having originally schedule an album launch at Clancy’s Fish Pub in March, the Covid lockdown sadly threw those plans into disarray. The Hidden Treasures launch was a fitting alternative.

“Hidden Treasures is amazing,” Walshe told The Shipping News prior to taking to the stage. “The series has traditionally featured bands from different eras, everything from iconic bands getting back together to young up-and-comers, so it brings out people who you wouldn’t normally see around town at shows. You get people from everywhere which makes it such a great celebration.”

For Justin Walshe and the Folk Machine, the opportunity to launch the album at Hidden Treasures was also something of a fitting West End homecoming.

After a few false starts recording their latest album, Walshe et al undertook a weekly residency at Moore & Moore where they got back to basics. Originally intending the new album to be an epic song cycle about Burke and Wills, the back to basics approach also served the band well in the studio, bringing their good time show but all-the-while embracing its contemporary take on bluegrass-infused Australian story telling.

“In American music – like bluegrass and country music – all of those old stories are in the present and the songs are really cool,” Walshe explained. “Here the songs are terrible. The stories are great but they’re presented in such an archaic way that they don’t translate to modern times. There’s a lot of people here writing great stories but they seem obligated to write them in this old fashion style. We’re trying to push past that and make them more relevant to now.”

For information about next week’s musical instalment go to Hidden Treasures.