The Trees Of Fremantle – Manning Park

The Shipping News is pleased to bring you stories about the trees of Fremantle.

Well, not quite Fremantle, I know; Cockburn actually, but very close!

Situated north of Azelia Road at Hamilton Hill, Manning Park is considered part of the larger Beeliar Regional Park that encompasses Manning Lake and the limestone ridge to the west of the wetland.

I just adore Manning Park. Doing a lap of the Lake at sunset, or discovering a new trail along the stunning limestone ridge overlooking the Indian Ocean, is a great nature fix so close to Freo. If you haven’t done it, you should! 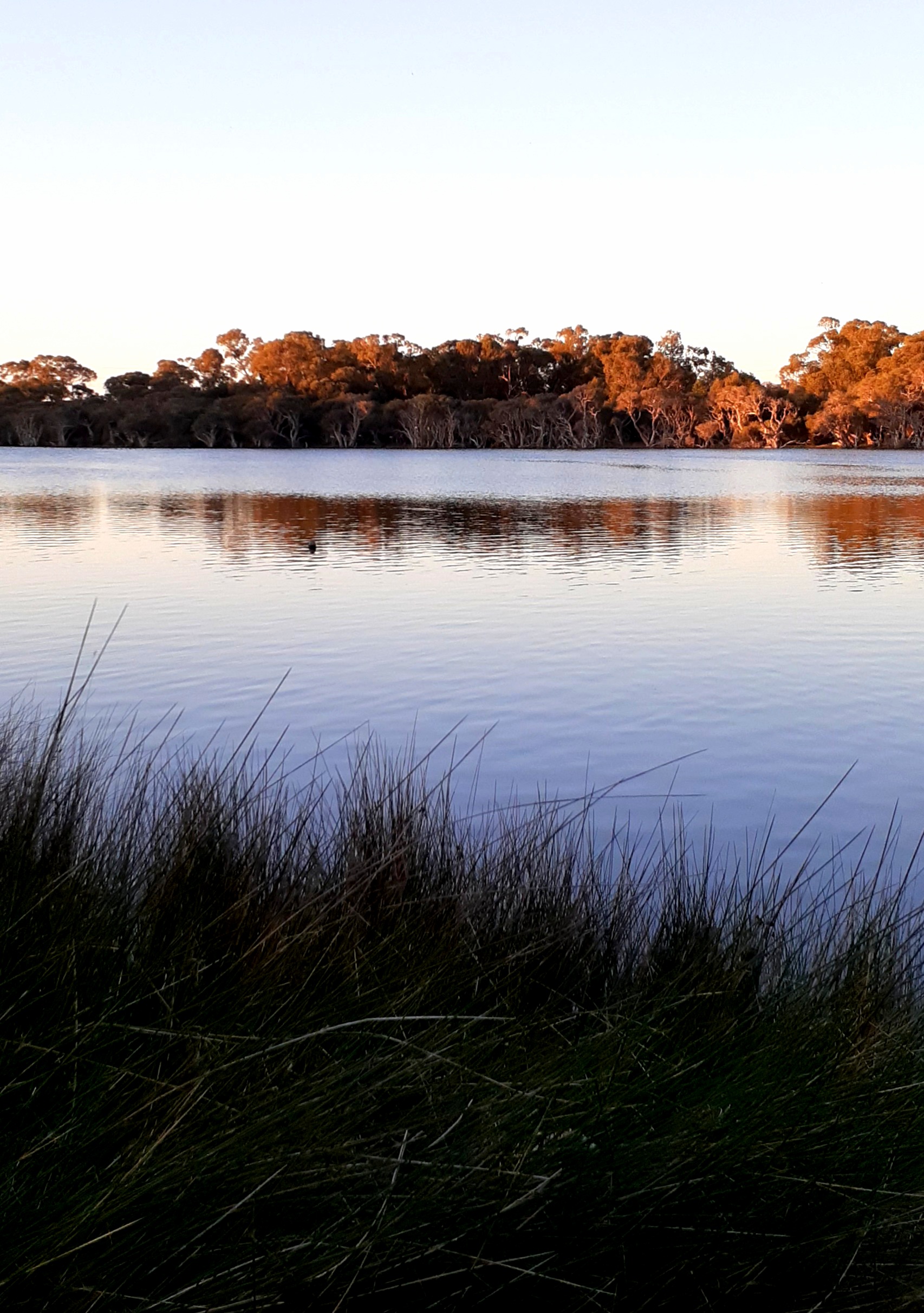 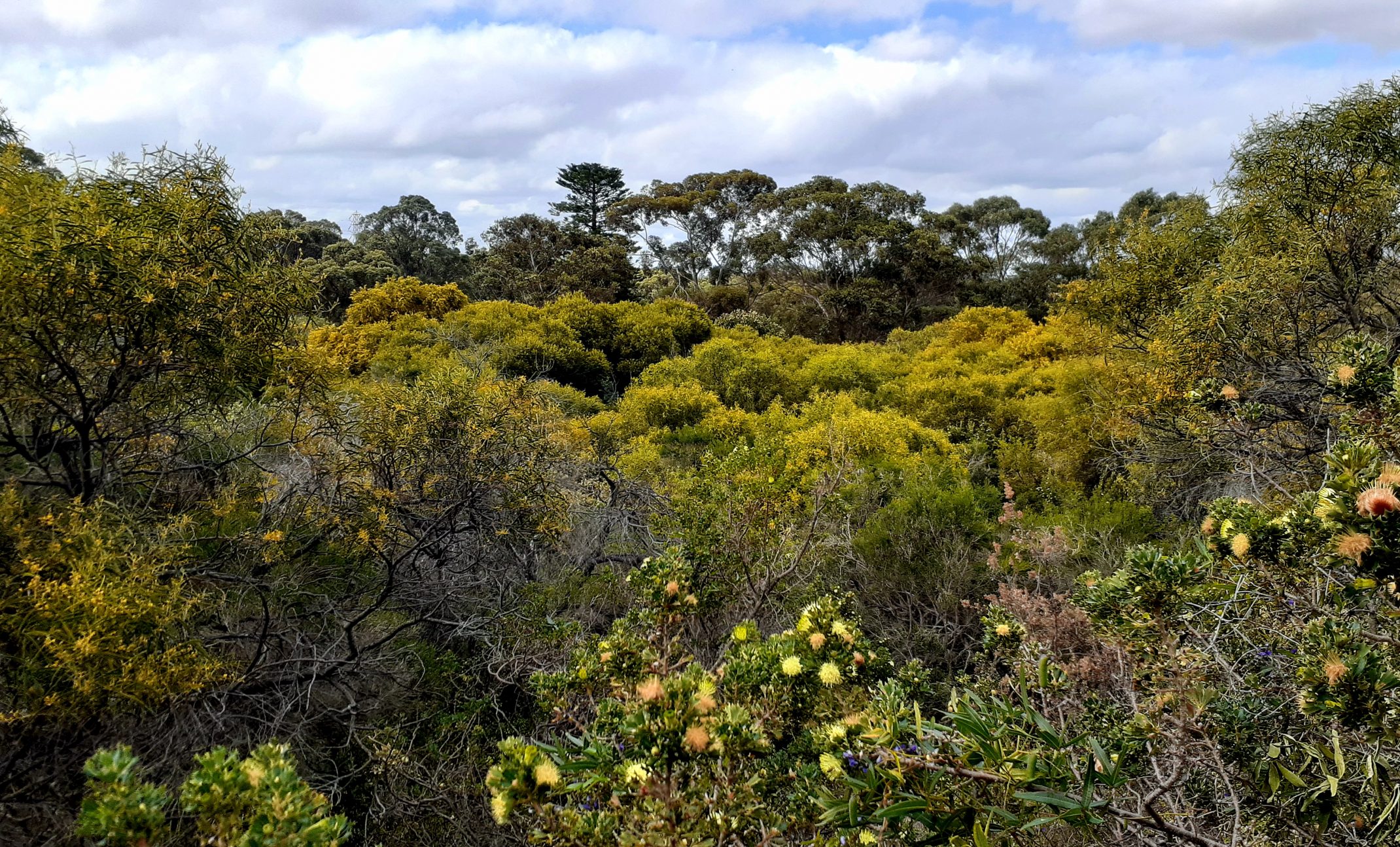 It is especially stunning in spring. Among the six Noongar seasons, it’s Djilba right now.

Manning Park was named after an early prominent Fremantle merchant of the 19th century, Lucius Manning.

The Manning family developed a large estate around the Lake, known as Davilak. The acquisition of the land and the development of the estate makes for fascinating reading!

The Lake’s Noongar name was Dgilgie, but it became known as Davilak in early Colonial times.

It has been suggested that the word Davilak reflects the Noongar pronunciation of their word for ‘Devil’s Lake’. But there are a number of theories about where the word ‘Davilak’ came from, and the corruption of Devil’s Lake is discounted by local historians. It seems it is much more likely that Davilak owes itself to the early name for the Lake, found in early Colonial maps, ‘Davey’s Lake’.

Close to the Park is one of the houses built by Manning for his daughter, Azelia Ley. The Ley Homestead remains intact today and serves as a wonderful museum for the Cockburn district.

Nearby, north of the Lake, there is archaeological evidence of a first Manning homestead, constructed around the 1850s.

Then, to the west of the Lake, there are the ruins of Davilak House and its surrounding complex of outbuildings, built by convict labour around 1866. These structures seem to have been abandoned around 1946, and then burned down in the late 1950s. 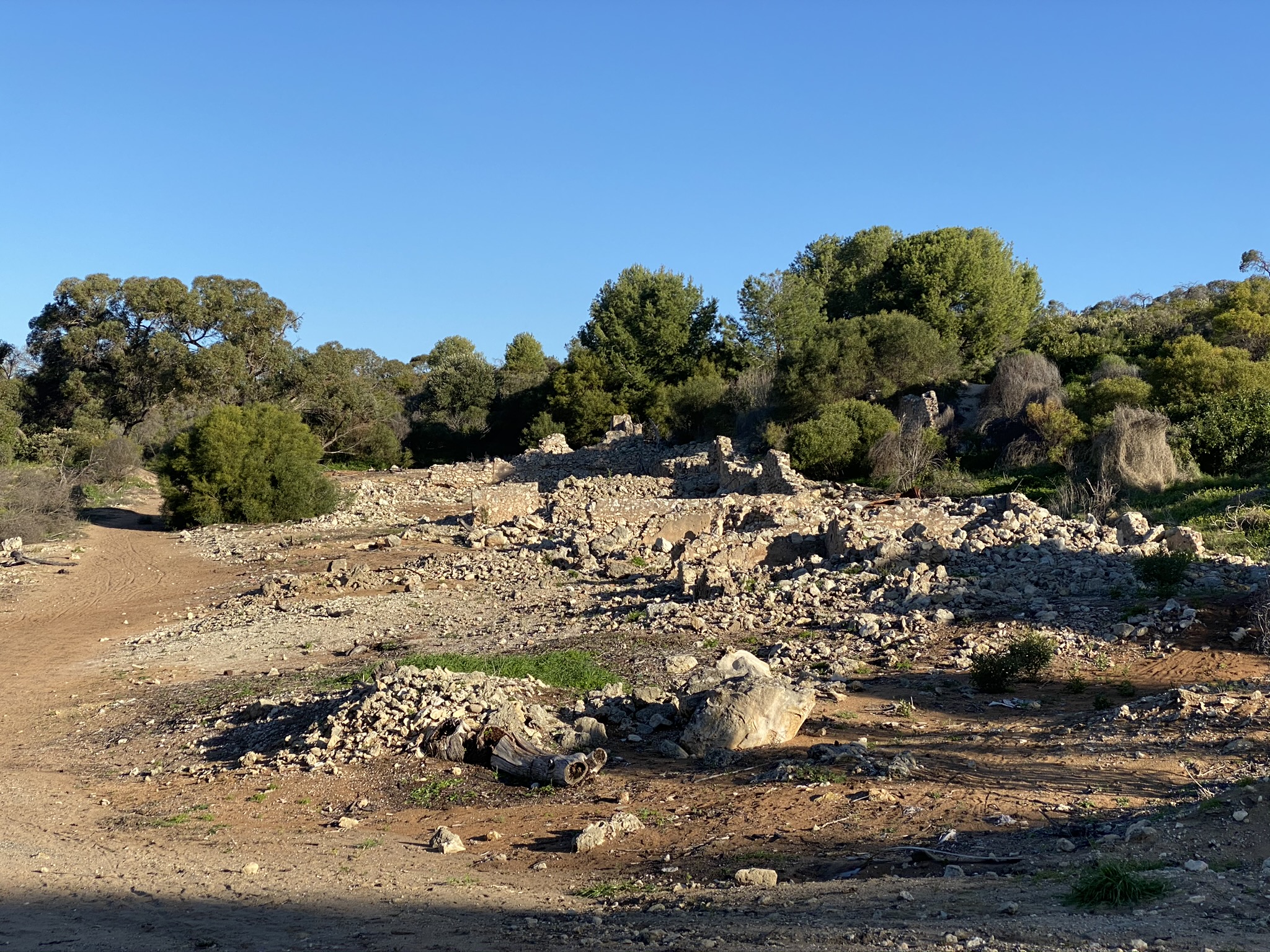 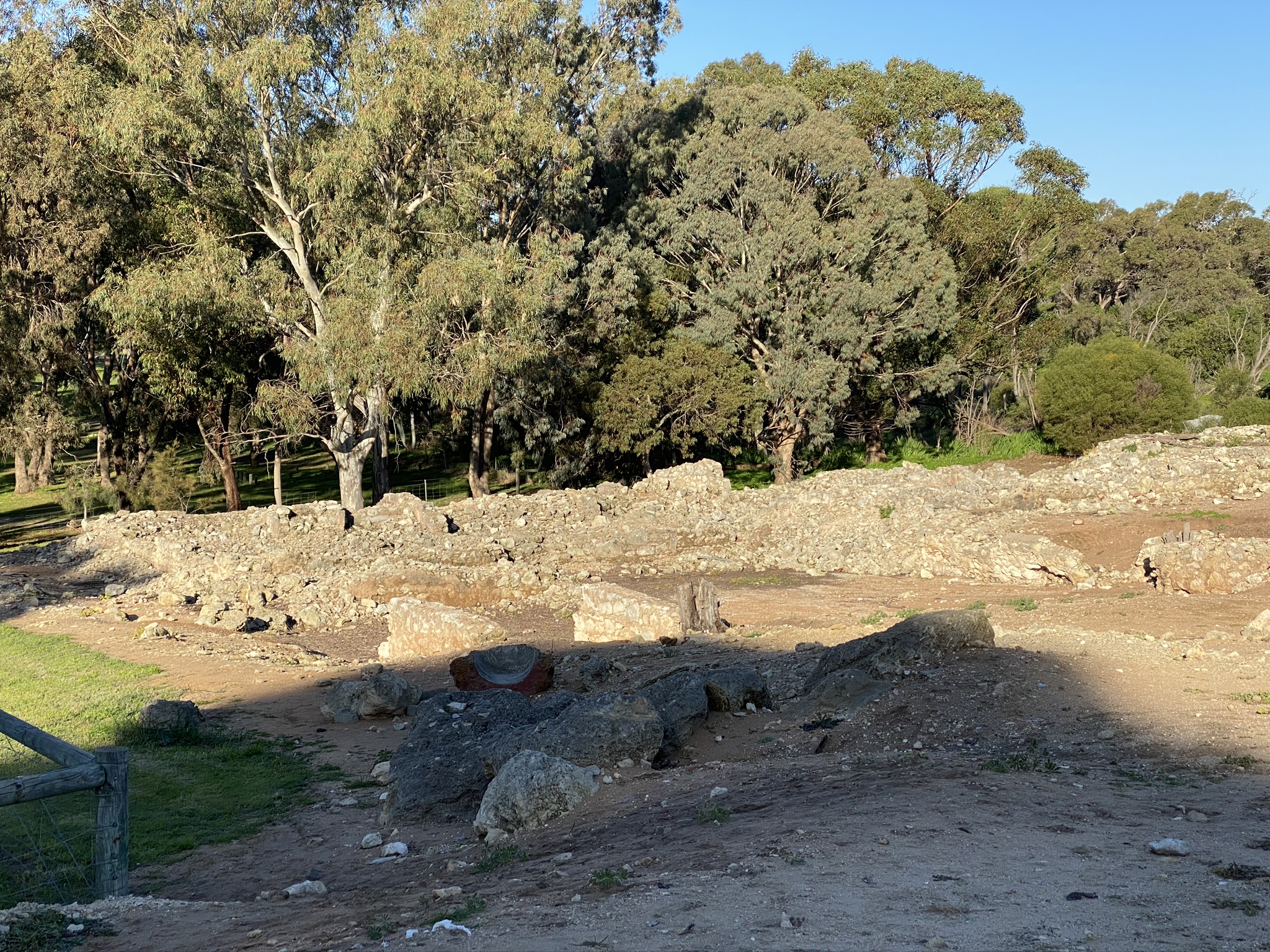 Here is the surviving Azelia Ley Homestead flanked by two beautiful Carob trees, reputed to have been planted over a century ago. 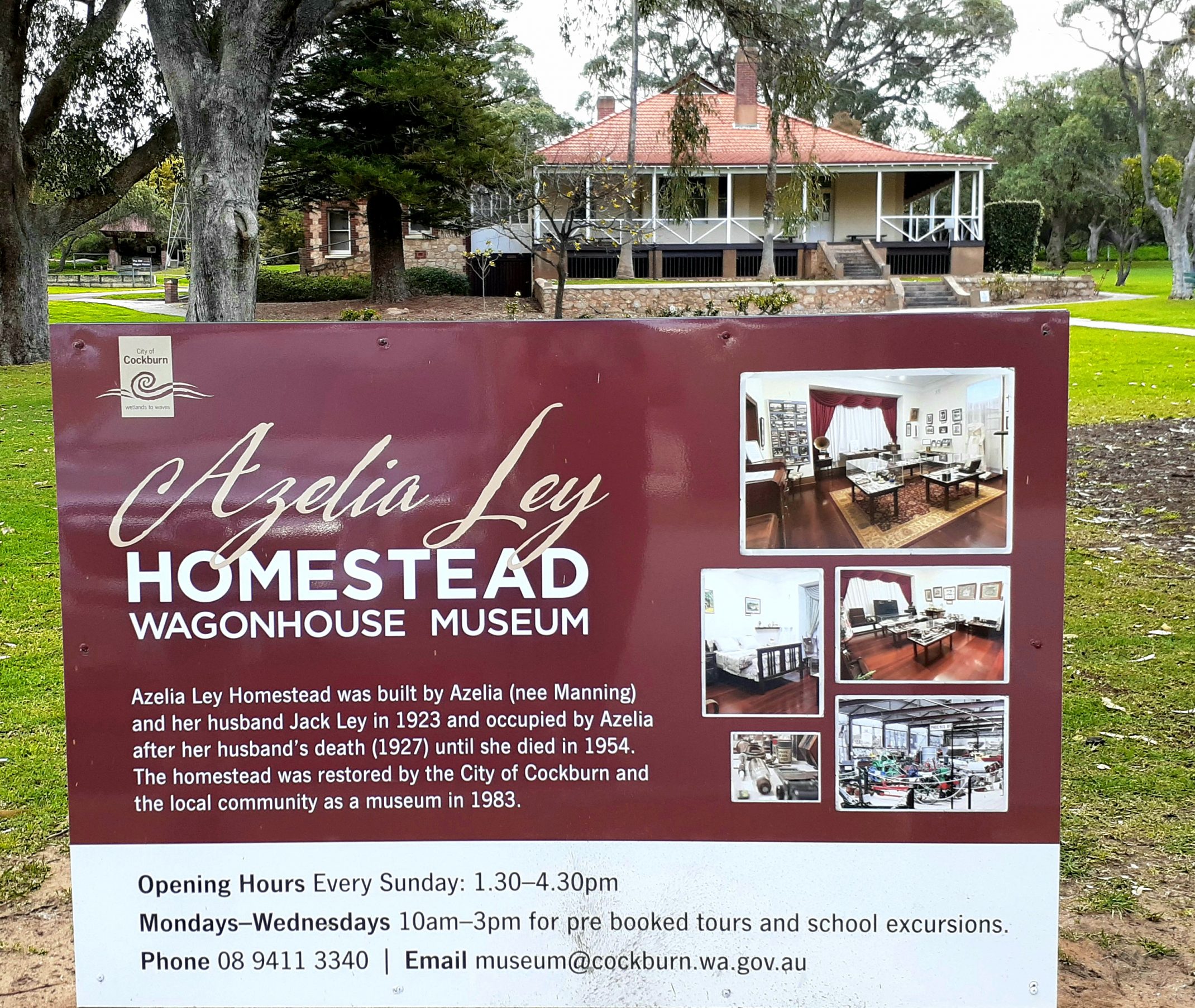 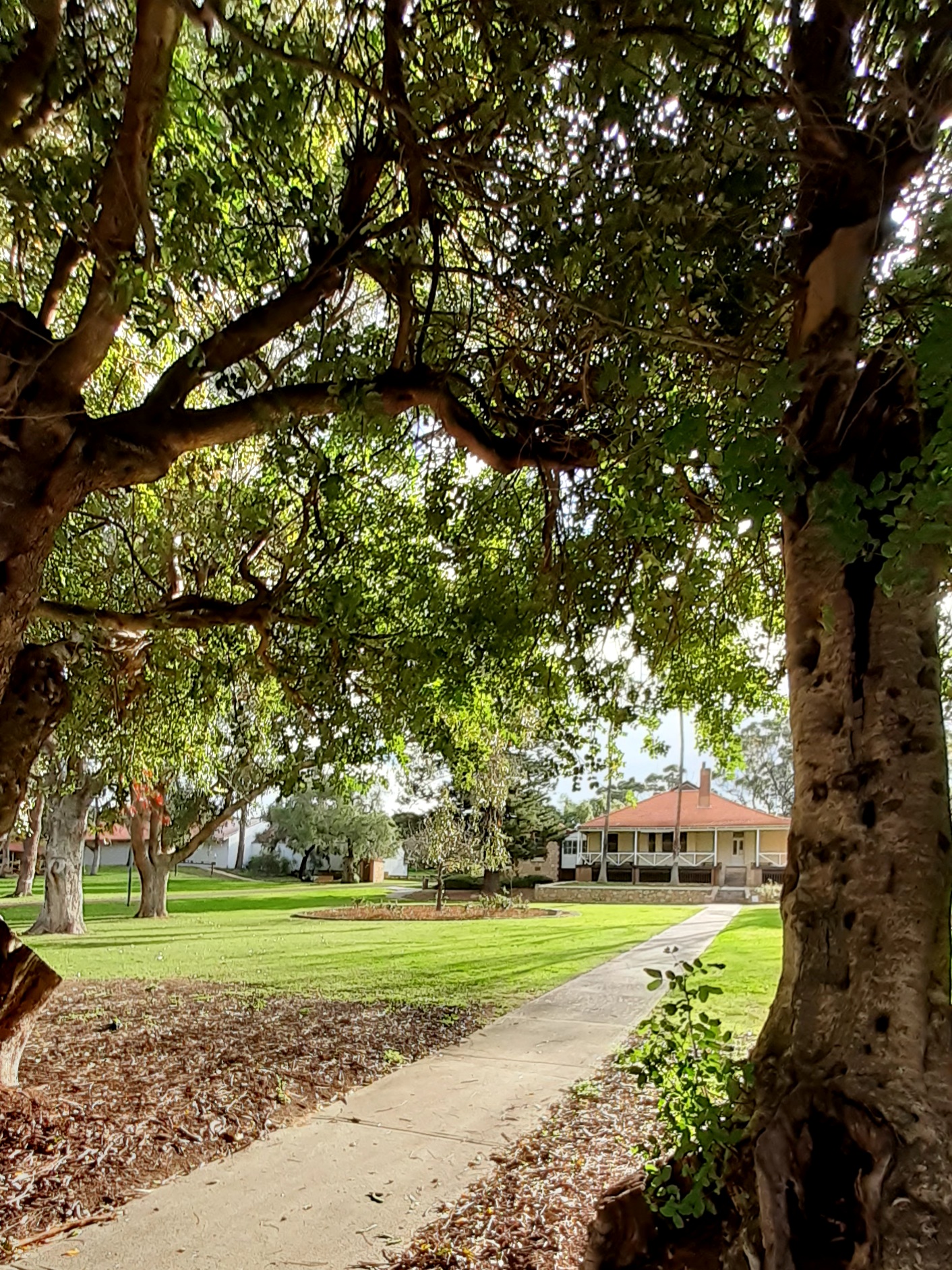 The carob (Ceratonia siliqua) is a flowering evergreen tree or shrub in the legume family, Fabaceae. It is widely cultivated for its edible pods, and as an ornamental tree in gardens and landscapes. The carob tree is native to the Mediterranean region and the Middle East. *Wikipedia

If you’d like to read more about the Homestead and what’s inside, read here.

Close by the old work sheds, amongst abandoned farm machinery, is a lovely Red Ironbark, Eucalyptus sideroxylon. This species is from eastern Australia but planted widely around the district – if you look closely you can see it is in flower.

On the southern side of the Lake there is a stand of introduced Maritime Pine, Pinus pinaster. This is a pine native to the Mediterranean region.

These were planted widely throughout Perth last century for harvesting, and you can still see stands of the pines around Perth today. 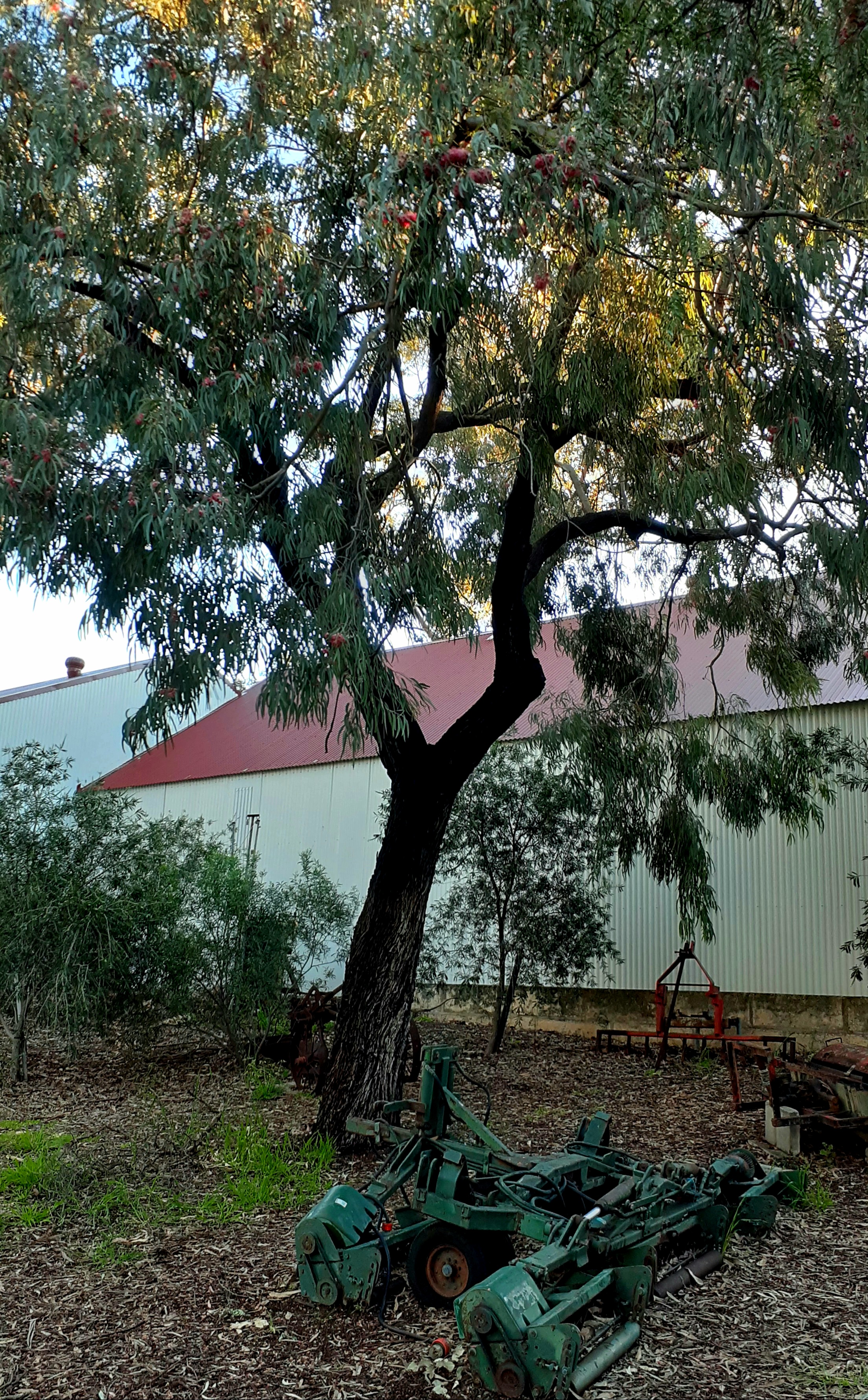 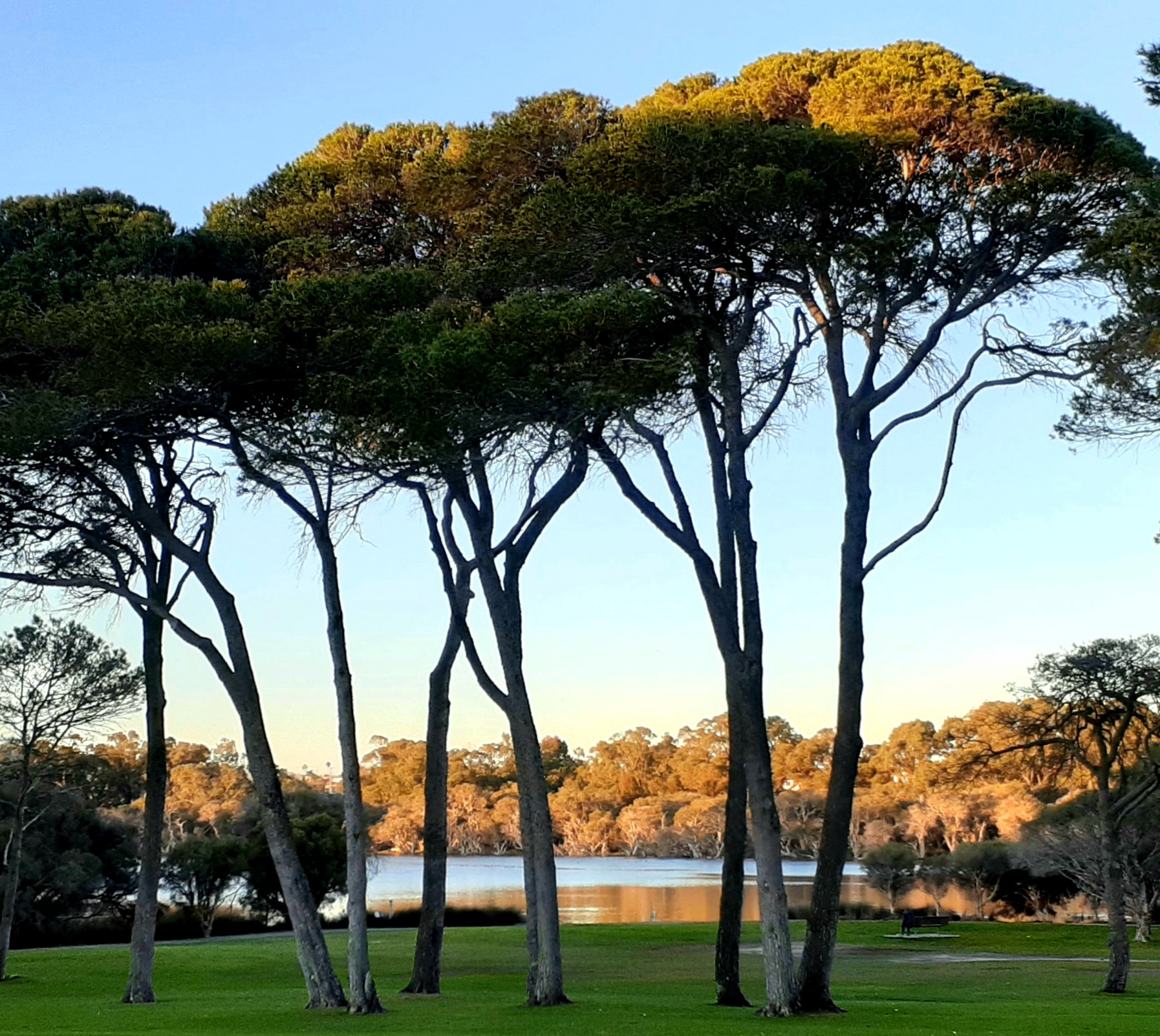 Circling around the Lake you will soon see the dominance of Swamp Paperbarks, Melaleuca rhaphiophylla. They surround the entire lake and are beautiful to gaze through at different times of the day, dusk being spectacular. 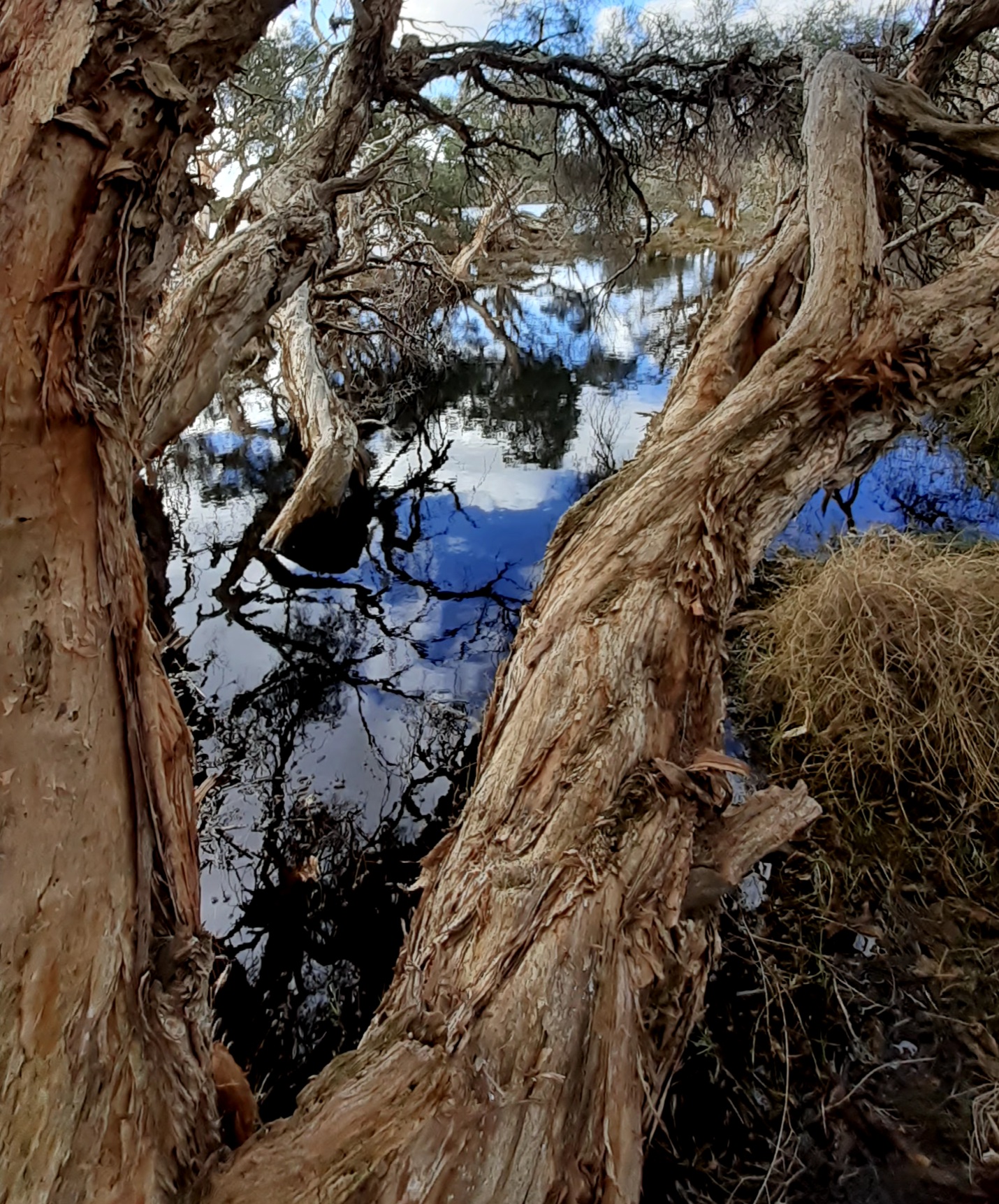 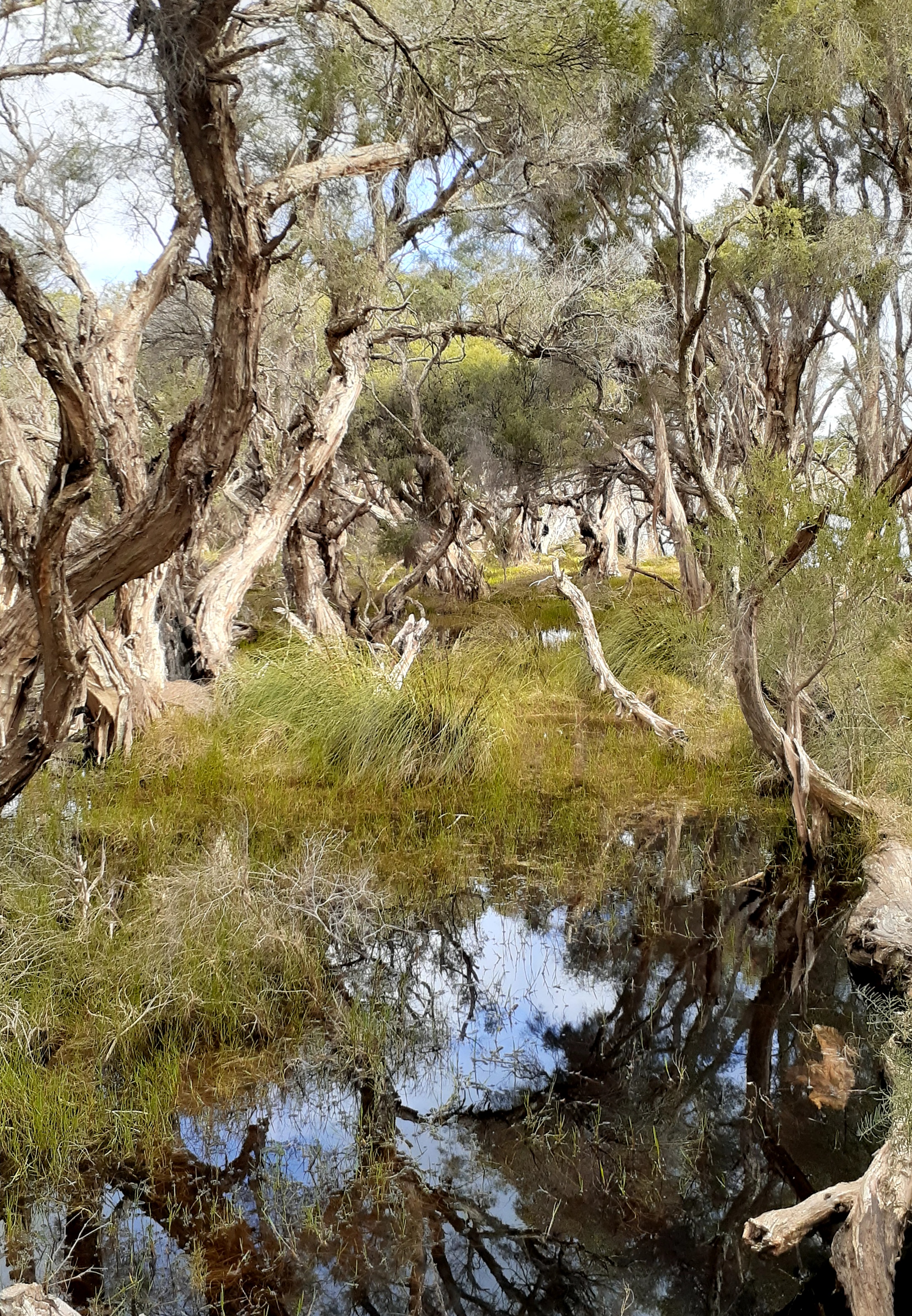 Circling back to the Pines and across the road you will come across the stairs where, if feeling fit, you can ascend through a canopy of Acacias to the top of the ridge.

Being up here, at the top, is a complete contrast to being at the Lake below. The limestone ridge is dominated by Templetonia retusa, known as cockies tongues. Looking at this image of the flower it is easy to see why it is called so. 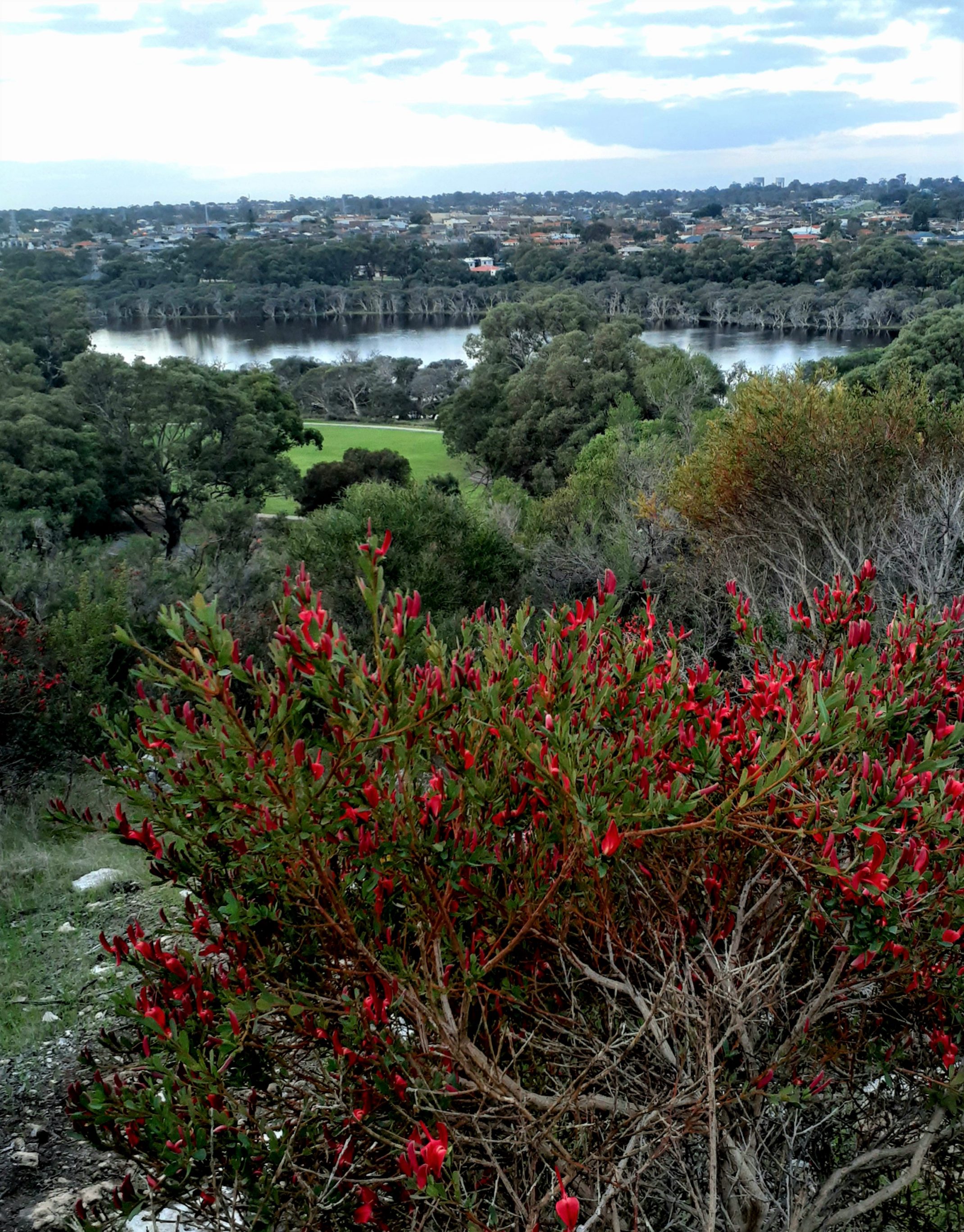 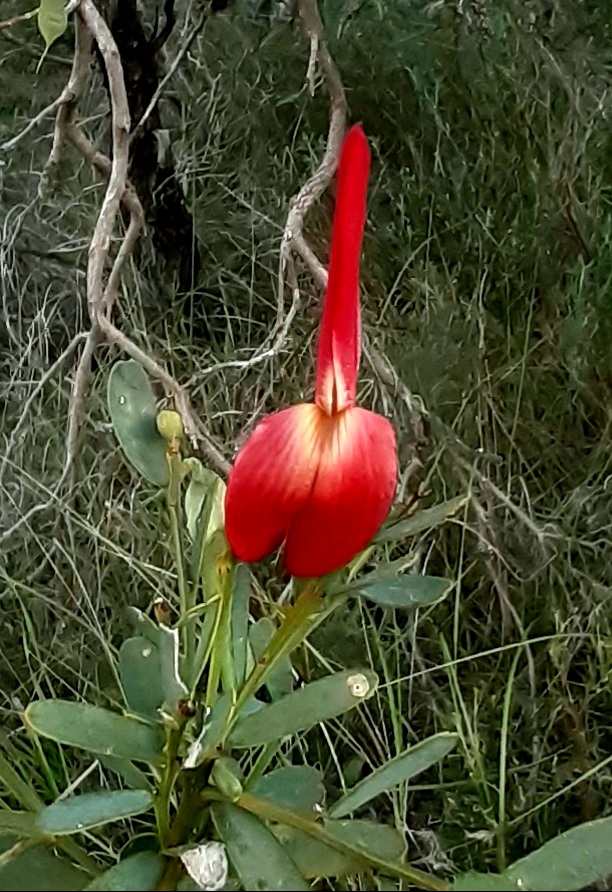 And these beauties, Banksia sessilis, commonly known as parrot bush abound on the ridge. 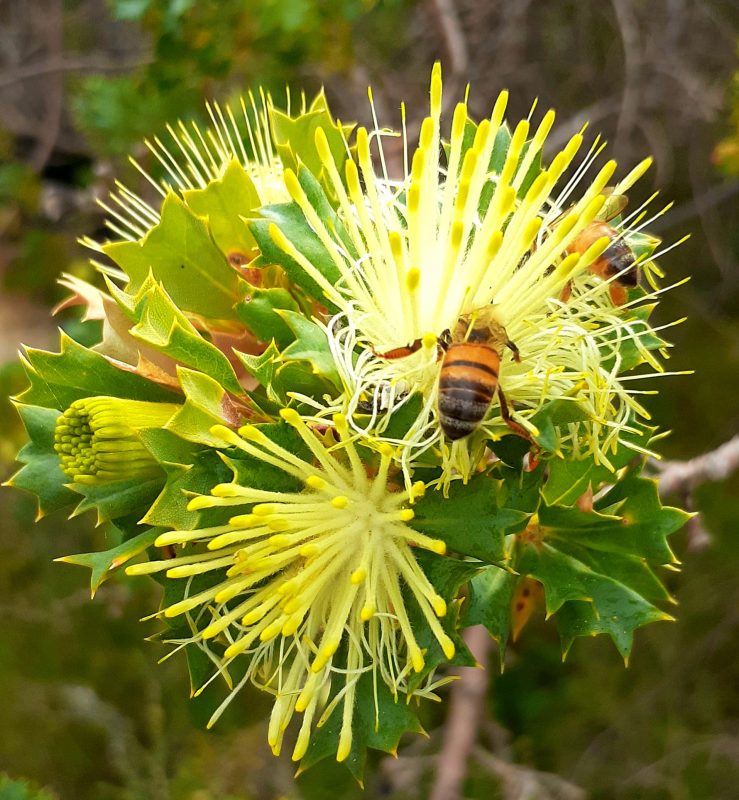 The Noongar peoples know the plant as budjan or butyak. As you can see, two busy bees were having a feast on the flowers when I visited.

Speaking of feasting on sessilis, these trees are a crucial habitat for the endangered Carnaby’s Black Cockatoo.

Heading west across the ridge you will get fabulous views out to the ocean, taking in the yet to be restored to its former glory, South Fremantle Power Station. 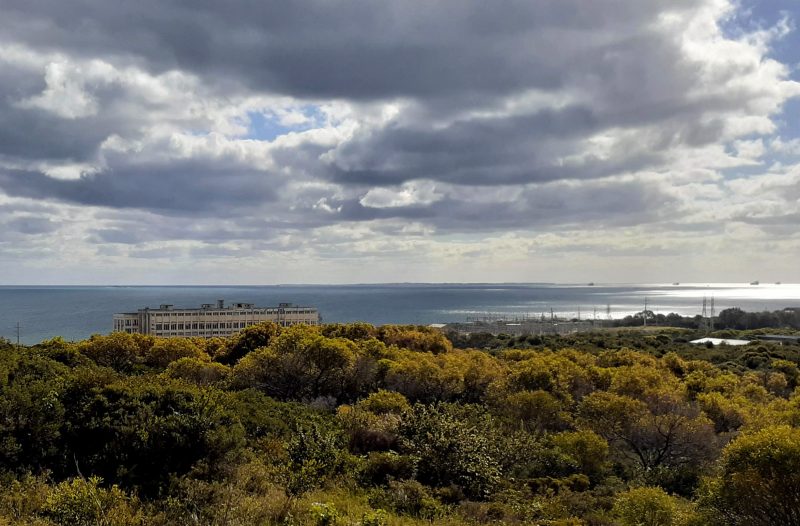 There seem to be endless tracks and paths running across this ridge and there is always a new nook or cranny to discover.

Go check it out for yourself!