We’re hoping that’s got your attention!

If you spend any time around Victoria Quay, as we know many of you do, you will know that container ships bearing these markings (but not Et Al – although it does have a nice livestock carrier ring to it, don’t you think?) are not infrequent visitors to Fremantle, especially those marked CMA CGM.

Just yesterday, an APL marked vessel – the Phoenix – was in Port. She left Fremantle late in the day for Singapore, after earlier arriving from Adelaide. 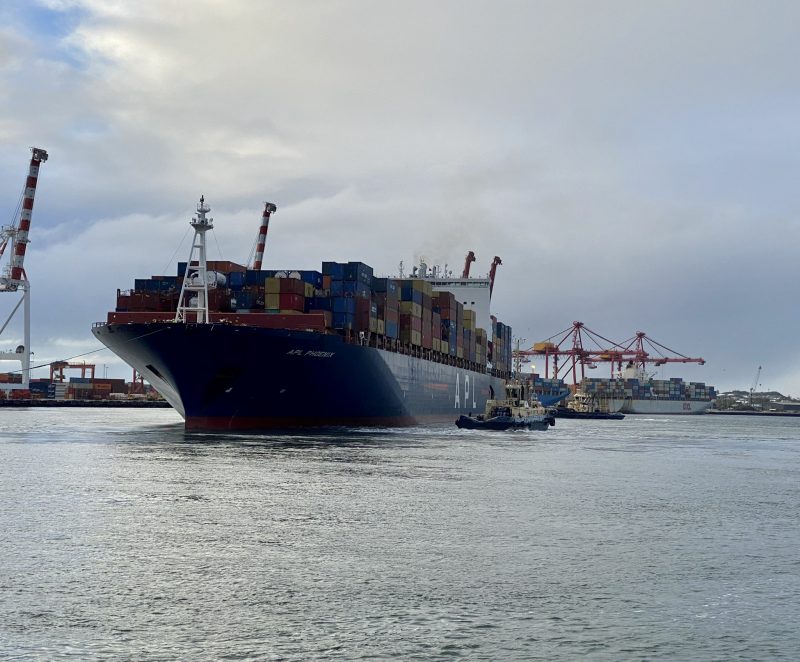 This photograph of Phoenix leaving late in the afternoon, under leaden skies, leads our Freo Today feature today. What a sight she was!

Here she is again, being pushed and pulled this way and that by the tugs before getting up and away under her own steam! 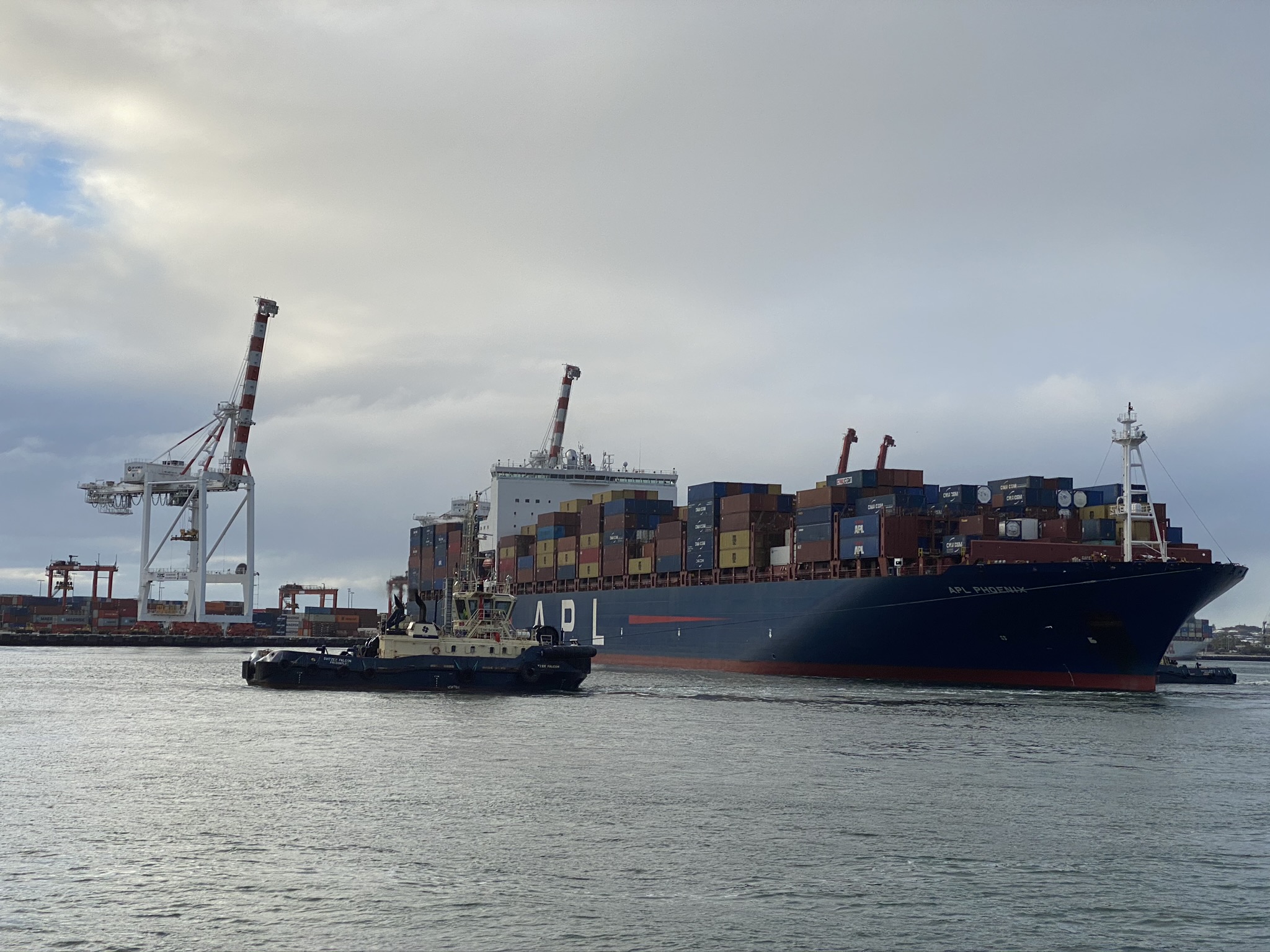 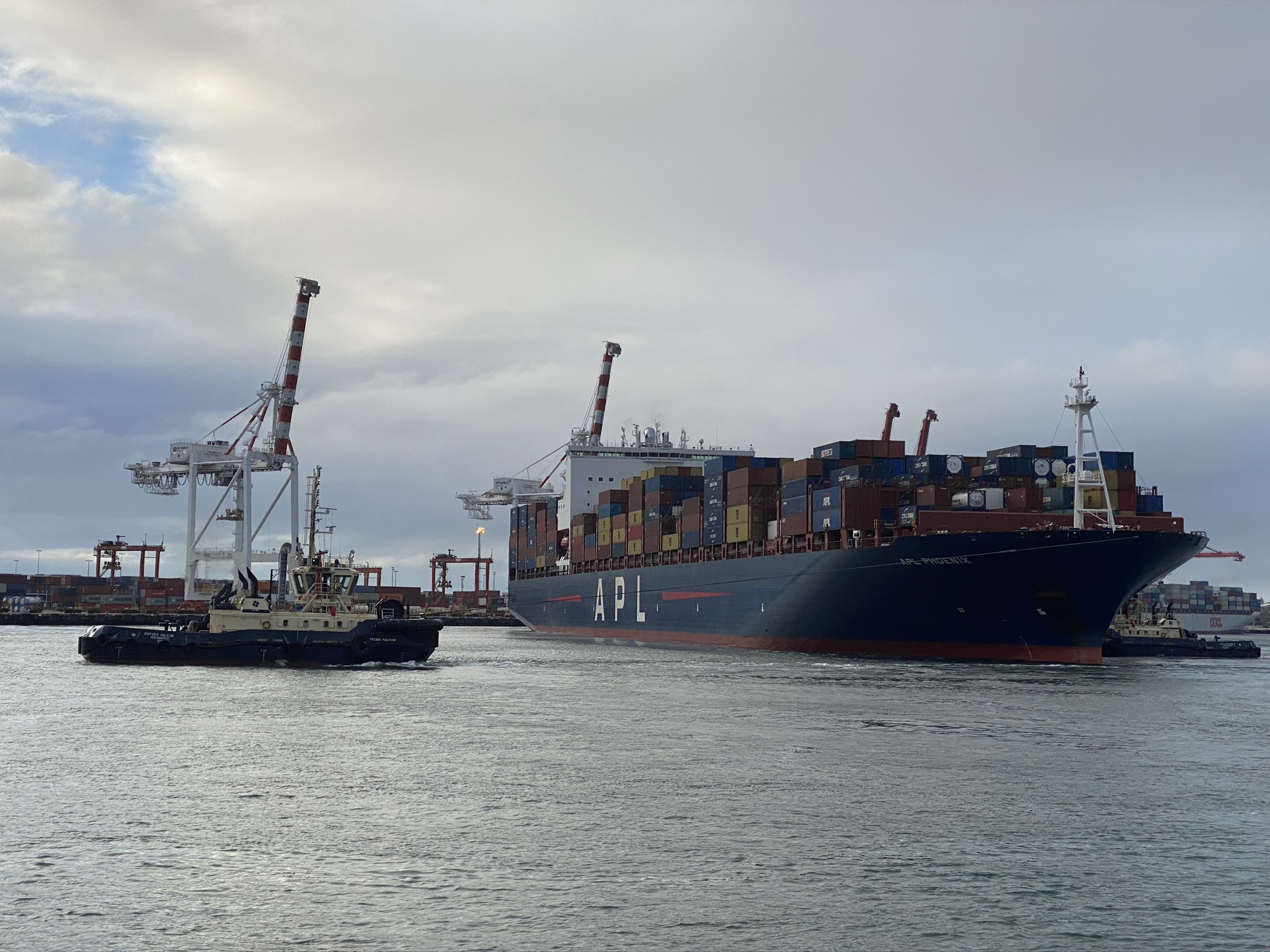 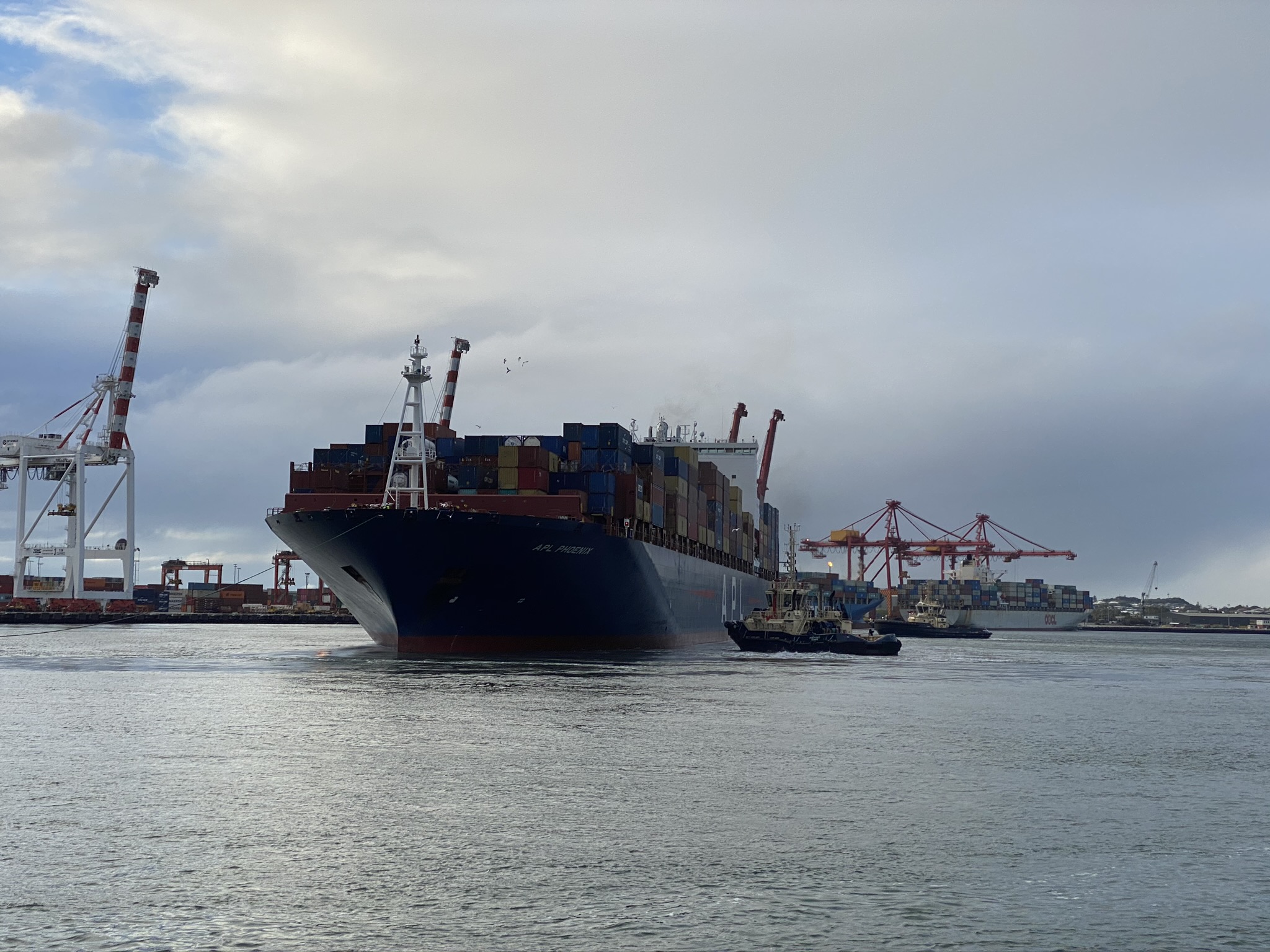 Back to CMA CGM. The company CMA CGM, as it turns out, is a French state-owned conglomerate. It is considered the fourth largest container line in the world behind Maersk Line, MSC and COSCO Shipping Lines. (We looked at COSCO Shipping Lines in a recent feature.) Its headquarters are in Marseille, and its North American headquarters are in Norfolk, Virginia, United States.

CMA CGM came about in 1996 as a result of the merger of two big French operators, Compagnie Maritime d’Affrètement (CMA) and Compagnie Générale Maritime (CGM), which translate as Maritime Freighting Company and General Maritime Company.

In recent years, CMA CGM has engaged in a number of mergers and acquisitions which have resulted in its current very large container size.

Then in 2018, APL, now out of Singapore, announced the acquisition of its sister company Cheng Lie Navigation (CNC).

Very recently, on 7 July 2020, effective from 1 October 2020, CMA CGM announced a major reorganisation of its brands, in the following terms:

APL will benefit from an exclusive presence on the Asia – Indian Subcontinent trade.

Oceania, of course, includes the island continent of Australia.

On this basis it would appear that APL, ANL and CMA CGM marked vessels will continue to visit Fremantle.