Cosco Shanghai is this fortnight’s Ship Ahoy, which sailed into Fremantle Port during last Saturday’s Maritime Day festivities, much to the delight of all who saw her, young and old alike.

She is one of a large fleet of Cosco Shipping Lines container carriers, which are environmentally scrutinised by the use of the company’s innovative Carbon Calculator. A most useful carbon emissions measuring tool, which provides the users an accurate way to measure emissions of cargo during transportation.

It was a quick turnaround for Cosco Shanghai in Fremantle and she is now on her way to Sydney, with estimated arrival on 10 November at 1500hrs.

The Cosco Shanghai is underway using engine power at an average speed of 18kn. 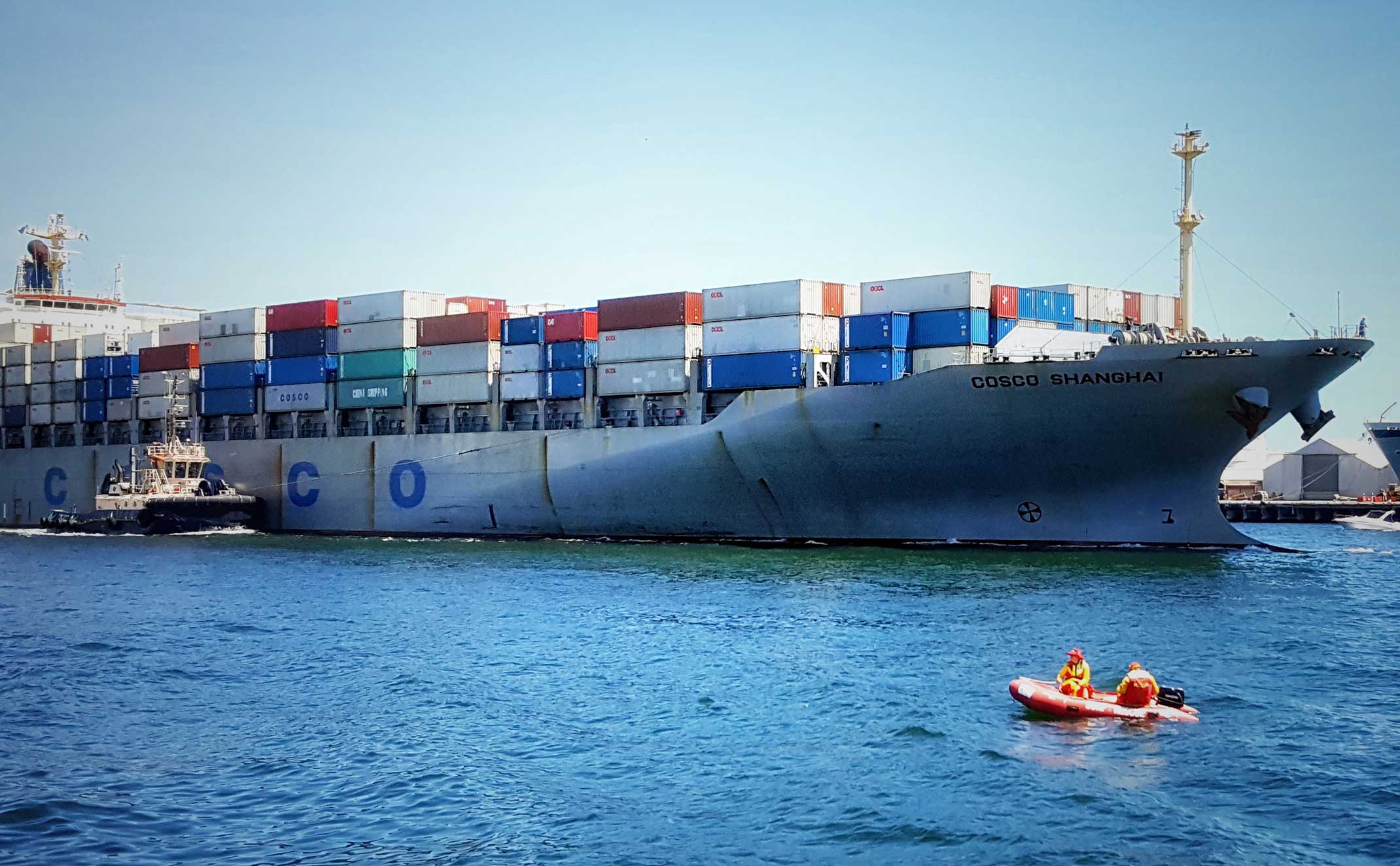