Indeed, Fremantle Ports say ‘independent research’ funded by them shows 87% of Fremantle residents support containers on rail and three in four believe more use of rail would reduce road congestion.

One might assume the 13% who didn’t agree with the rail proposition live along the rail line, especially in the South Beach/North Coogee apartment area, the South Fremantle strip, and in the West End/CBD of Freo! 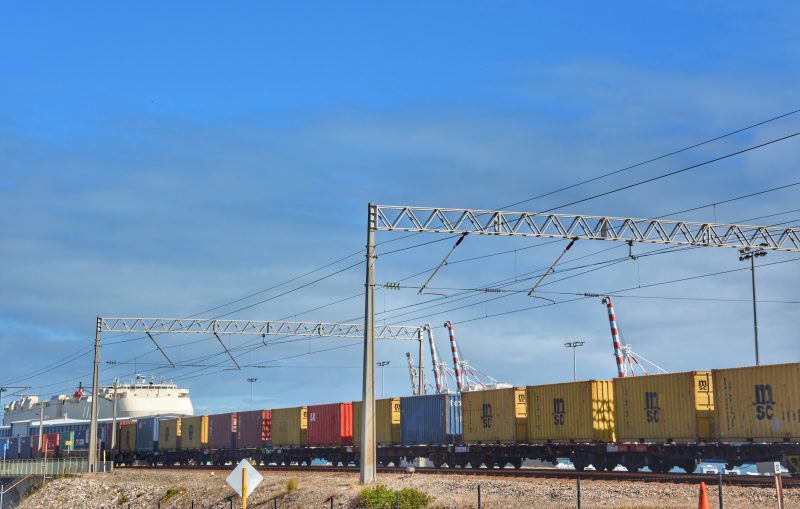 Fremantle Ports has just reported that it has achieved 23.9% of containers on rail in January this year, which we are told places it among Australian container port leaders.

The State Government’s nominal target is 20%, and the so called five-ports average is a mere 11.4% for Australia. Using those measures Freo Ports is satisfied it’s doing well in moving to more on rail container movements.

However, the State’s ‘aspirational’ target is more relevant – it is to move to 30% on rail. So, Fremantle Ports has a way to go to achieve that, although they are promising further measures. We look forward to learning about them.

The introduction of new rail wagons in November last year seems to have been quite significant. Fremantle Ports is reporting this upgrade now means one train travelling to or from North Quay can move up to 100 containers at once with a single locomotive – the equivalent of taking up to 65 trucks off the roads. 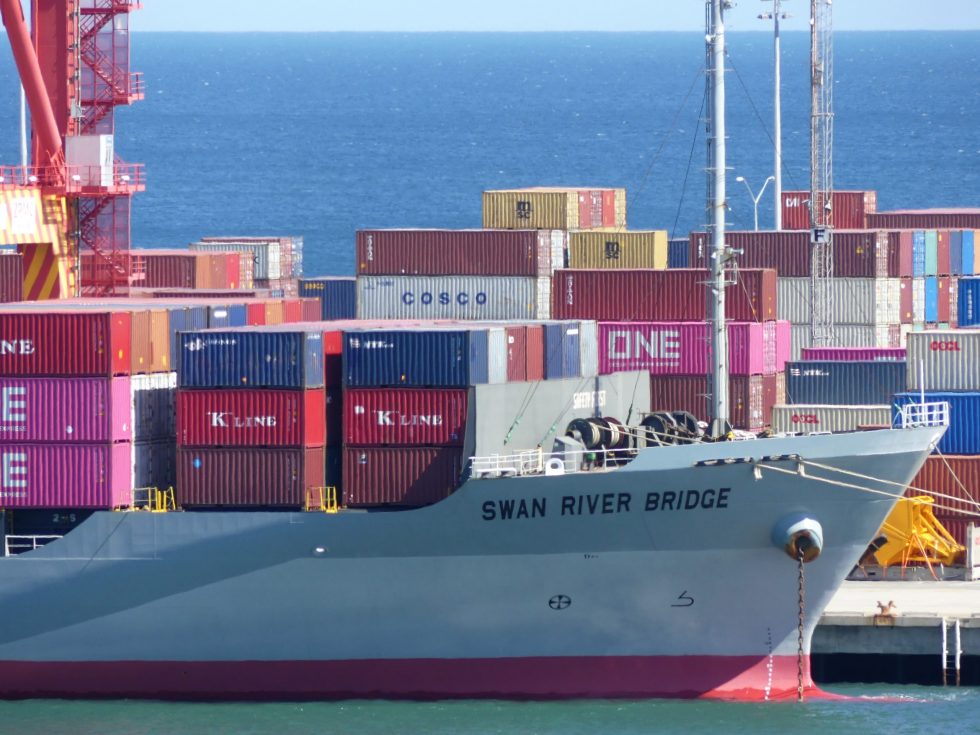 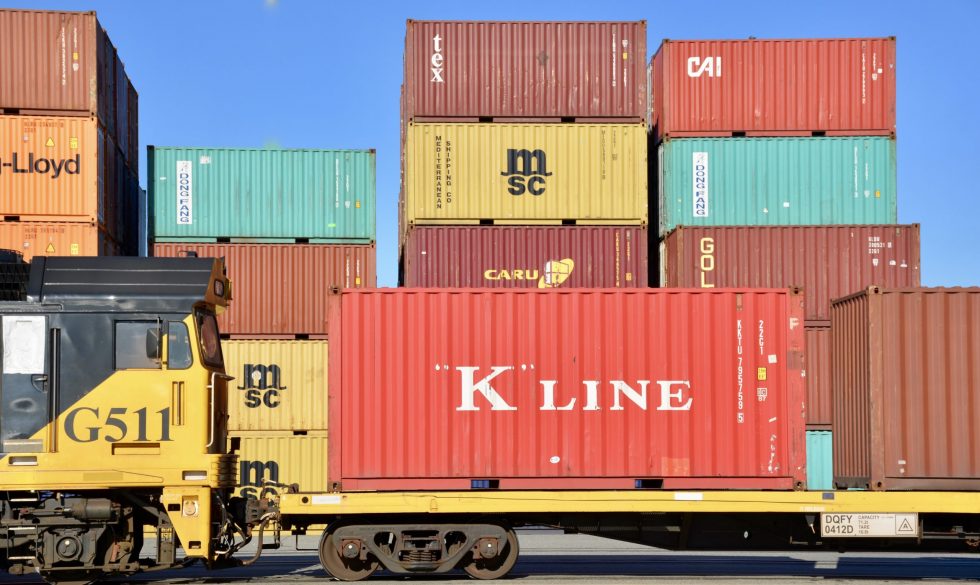 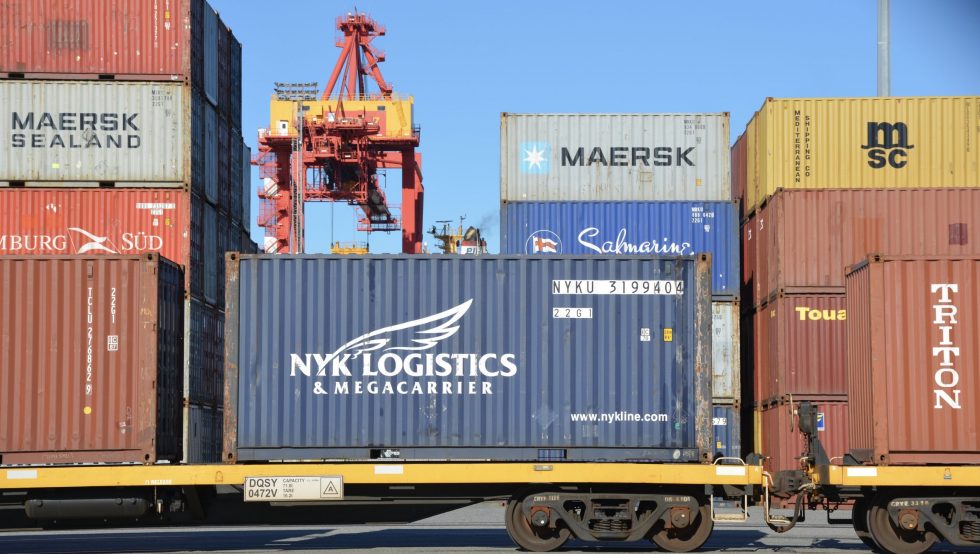 “Last year there were 100,000 fewer trucks on the road coming in and out of Fremantle, as a direct result of strong use of rail. It’s strategic, smart logistics and makes sense,” Mr Stanbury said.

The efficiency of Fremantle Ports’ North Quay Rail Terminal is also claimed to be a significant contributor to the result, with the tailor-made facility well set-up for the rapid transfer of containers on and off trains.

Mr Stanbury said other Australian states didn’t have the benefit of such a facility.

“Trucks obviously continue to play a role in the movement of containers to and from Fremantle, particularly over short distances, but rail has a very beneficial part to play in the mix.”

Transporting full containers from the port and to the port, whether by train or truck, and moving empty containers to the port for shipment to ports with higher export demands than Freo, is a fascinating exercise in logistics.

This has been enhanced by container terminal and empty container parks extending their opening hours, promoting large-scale container movements at off-peak times.

The 2017 study built on previous research, including the Container Movement Study 2011, which had informed Fremantle Port-related freight-movement decision making up to that time.

The aim of the 2017 study was to capture three-quarters of all transport activity and show trends in staging, delivery and pickup locations, and transport operator, importer and exporter activity, as well as timings.

Forty five participants helped build the data picture, over a four-week period between 7 August and 3 September 2017.

It found that, of all the containers observed, about half were full imports, a quarter were full exports and the remaining quarter were empties exported to meet requirements elsewhere in the world. 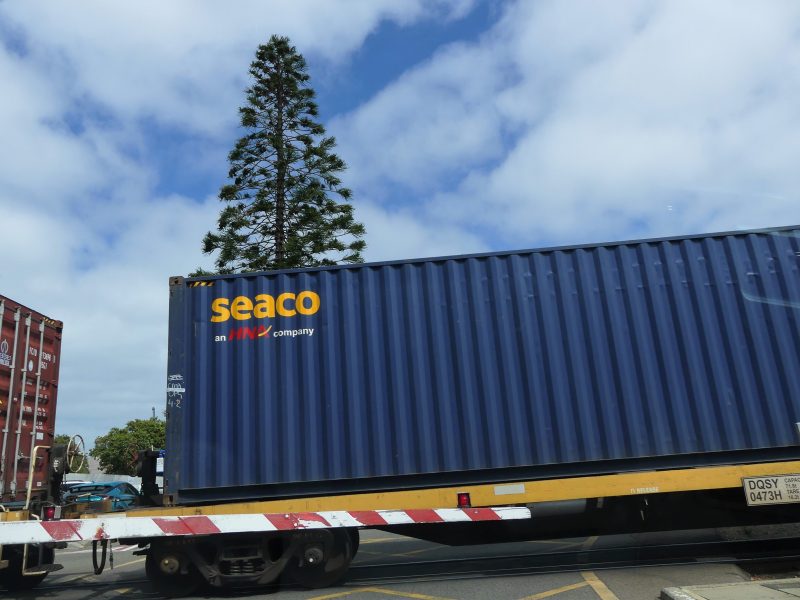 We understand that currently Fremantle handles about 807,000 containers a year, with imports and export numbers roughly 50/50. However, 90% of imported containers are full, with just 10% empty (those are generally for specialist purposes or cargo tasks requiring brand new containers).

However, only 60% of exported containers are full (40% empty). This obviously reflects the reality that, in terms of container trade, WA imports more than it exports.

Importers have seven days from the container coming off the vessel to empty it, clean it, check it for damage and return it to an empty container park (ECP) or dispatch it to a container terminal if instructed by the owner of the container (generally a shipping company). Mostly they go to ECPs. The turnaround time for containers in ECPs is about 9-10 days.

Because empty containers don’t attract the State Government rail subsidy, which encourages on rail transportation, most containers carried on rail in either direction are full. Empties are generally returned on trucks, though not always. 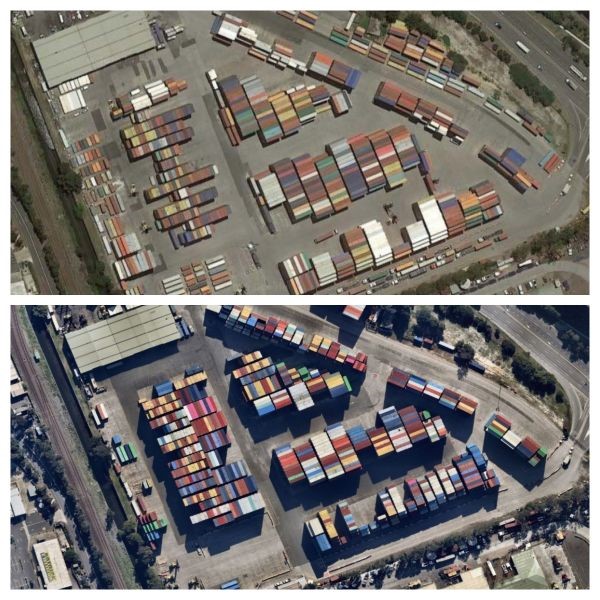 The 2017 study found there is significantly more container packing activity outside the Perth metropolitan area and there is a growing importance of staging in the import/export chains.

About 80 per cent of both import and export full container movements were staged at intermediate facilities in 2017 compared with 65 per cent (full imports) and 45 per cent (exports) in 2011.

Road transport operators, on behalf of importers, exporters, shipping lines, customs brokers and freight forwarders, transport containers between the container terminals and pack/unpack locations, and ECPs, as well as ‘staging hubs’ and Quarantine Approved Premises (QAPs). Road transport operators may also operate their own ‘staging’ arrangements and/or ‘interim’ depots that allow them to cater for the extended hours of container terminals and the often limited hours of operation of importers, exporters and freight forwarders.

In the Perth metropolitan area, aside from the port precinct, in 2017, the two major import container destinations were around Canning Vale/Jandakot/Bibra Lake and Welshpool/Kewdale/Forrestfield, with the latter area expanding east to Hazelmere and other suburbs in the north-east metropolitan area.

Expansion to regional areas, including Kalgoorlie was also evident.

Trucks move between the various staging, delivery and pick up locations.

Forrestfield is a key location for train movements from and to the port.

This promo used to promote the business of Intermodal gives you an idea of what’s involved with train movements, as well as projected expansions to regional locations.

BUT WHAT’S IN THE CONTAINERS?

What exactly do the containers have in them, we hear you ask. Good question!

Imports in containers to WA are (by volume) led by furniture, parts, agricultural commodities and equipment, plastic wares, rubber products, paper and paperboard products and ‘manufacture of metals’.

And the empty ones, being sent back overseas, they contain air!

TRAIN MOVEMENTS IN AND OUT OF FREMANTLE

On the question of train movements through Freo, Mondays and Fridays tend to have 4, with six on the other days.

Here’s a chart showing you the movement times from North Quay and Forrestfield. 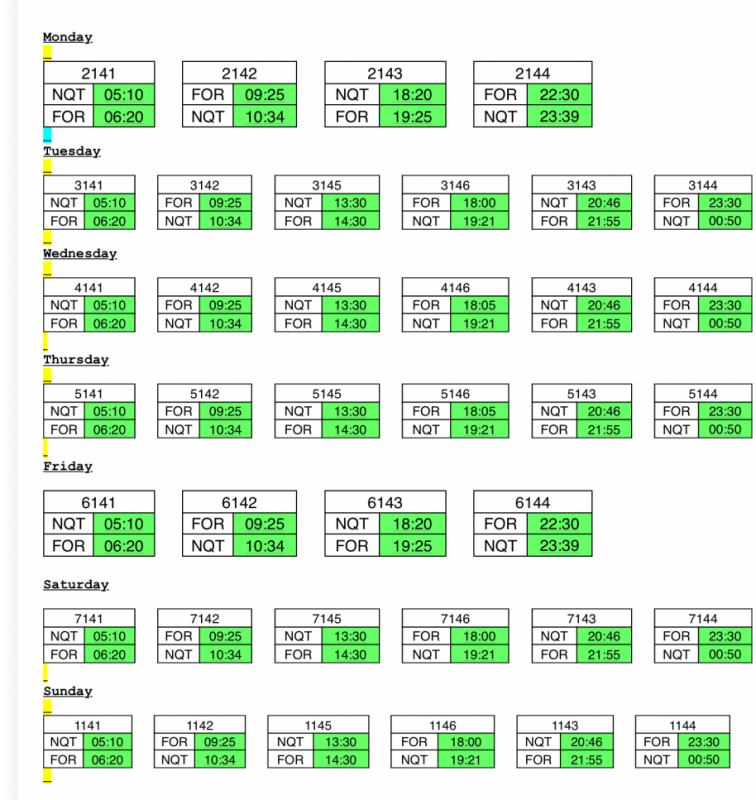 The ‘early’ train leaves North Quay at 5.10am and the last ‘night’ train generally comes into North Quay from Forrestfield at about 12.50 am, if it’s on time. That means it comes through Fremantle’s WestEnd/CBD at around 12.30am.

However, the timetable is quite variable and trains can be early or late, depending on how loading and unloading goes.

The hope also is that trains are much quieter since the new rolling stock was introduced last November. The sprinkler system around the Round House bend however is currently out of action, awaiting repairs. By all accounts it is very effective in reducing the metal on metal noise when it’s working!

We await letters to the editor from West End residents in particular!

THE FUTURE OF FREMANTLE

When the State Government finally implements the Westport Taskforce report and recommendations, the container port will move from North Quay to Kwinana and freight trains and truck movements in and out of the North Quay will essentially be things of the past.

Then the hot button issue for Freo people will be – what’s to happen in and around the port now the container operations have gone south; and do we still need the railway tracks running south from Fremantle?

The answers to those questions are critical to the future of Freo as a port city and are now under active consideration by the The Future of Fremantle Planning Committee and related Reference Group.

Quite soon, the Tender Opportunity Future of Fremantle Land Use, Economic and Employment Strategy will be advertised and things will then pick up a pace.