COSCO SHIPPING – What A Story!

COSCO Antwerp (IMO: 9246396), a pretty blue container ship sailing under the flag of the United Kingdom, was in Fremantle Port on Sunday and Monday just gone. Presently, she’s on her way to Singapore. 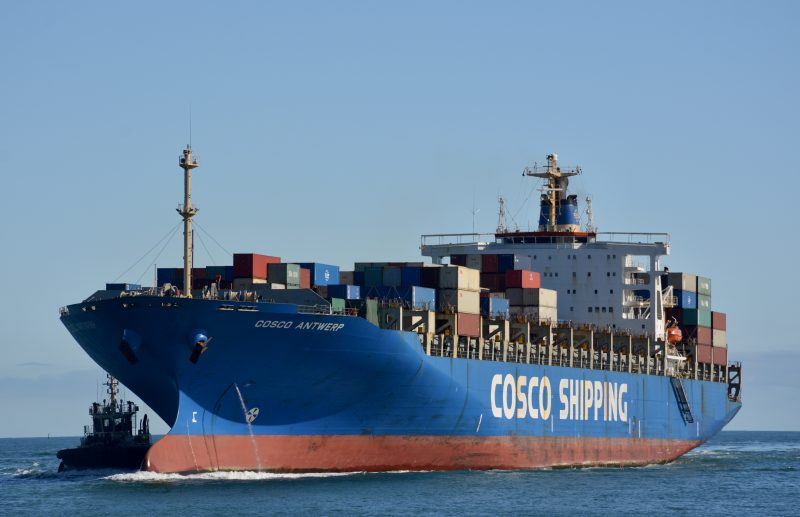 COSCO Antwerp is operated by COSCO Maritime (UK) and her home port is London, but we see quite a bit of her in Freo.

COSCO Antwerp was built in 2001 at the COSCO Nantong Shipyard, Nantong, China.

‘But where exactly is Nantong?’, we hear you ask!

Nantong is a major port on the Yangtze River near Shanghai, China, that was historically known for its distinctive textiles. It’s just another one of those relatively small Chinese cities with a population of around 8,000,000 that no doubt has fully transformed itself in a relatively short period. Now it builds ships, amongst other things.

The Shipyard, by all accounts, handles 150 vessels a year. Wow! Not small. Imagine if Henderson, south of Fremantle, which makes a few vessels each year, were Nantong! Here’s more about the Nantong Shipyards.

‘And who or what is COSCO?’, we then hear you add.

We will try to simplify our answer to this question. However, because there are so many companies with COSCO in their names, we have to confess it’s not easy!

But here we go.

As Seatrade Maritime News reported in early 2017, the merger of Cosco and China Shipping was the biggest and most complex shipping consolidation of 2016. The deal spanned almost every aspect of the shipping and maritime industries including dry bulk, containers, tankers, LNG, shipyards, ports, specialised vessels, leasing and finance, insurance, and shipping services.

Due to the complex organisational structures of the two shipping groups, the consolidation and restructuring of the merged entity resulted in several core subsidiaries being carved out to manage different business aspects for the enlarged group. And unsurprisingly all the subsidiaries now carry a harmonised branding including the words ‘COSCO SHIPPING’.

To put that in some sort of context, COSCO Antwerp has a carrying capacity is 5618 TEU. So she’s not the very largest container vessel around. (The World’s largest megaship now has a carrying capacity of about 24,000 TEU! COSCO Antwerp’s current draught is reported to be 10.4 metres. Her length overall (LOA) is 280 metres and her width is 39.8 metres. Tiny by comparison.) 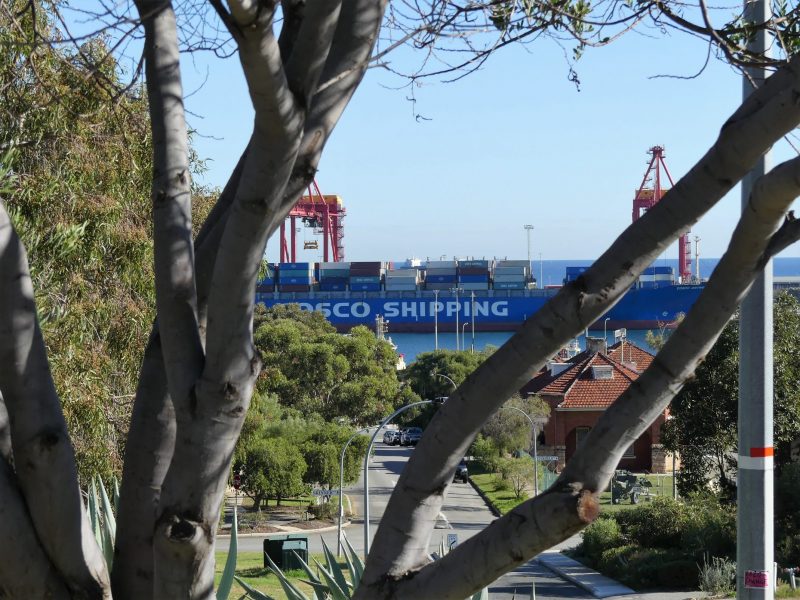 In July 2018, COSCO Shipping acquired Orient Overseas International Ltd., then one of the world’s top 10 largest container carriers, which helps explain the recent growth in the container operations of COSCO SHIPPING Lines and why it’s now third largest in the world by vessel capacity.

In that regard, COSCO Antwerp is one of some 1310 or more vessels in the greater China COSCO fleet of vessels of all sorts.

COSCO SHIPPING Lines is also a member of the Ocean Alliance – a vessel-sharing alliance – along with CMA CGM and Evergreen Line.

As intimated, COSCO SHIPPING is a very large conglomerate. Not only does it operate vessels of one sort or another, but also operates Port facilities around the world, and does much more besides.

COSCO SHIPPING Ports, for example, is the ports operator. It operates terminals in the five main port regions in China, as well as in Southeast Asia, Middle East, Europe, South America and the Mediterranean. Not without cause, it claims to be one of the leading ports operators in the world.

As at 31 March 2020, COSCO SHIPPING Ports operated and managed 372 berths at 36 ports worldwide, of which 206 were for containers, with a total designed annual handling capacity of approximately 115 million TEU.

One of the first ports to be so acquired, by long lease, was the Port of Piraeus, Greece. In 2009, Greece leased the land of two container berths to COSCO for 35 years.  COSCO reportedly pays 100 million Euros each year as part of this arrangement. 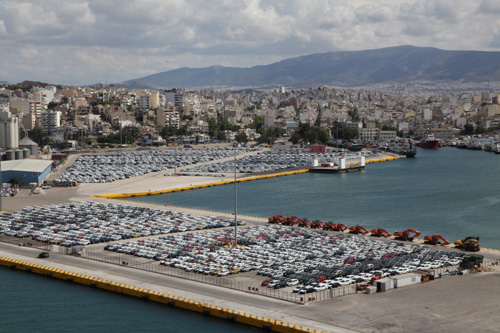 By all accounts, China is looking to transform Piraeus into the biggest harbor in Europe — with a view to making it the most crucial transit hub for trade between Asia and Europe. This expansion is part of China’s Belt and Roads Initiative, as this article explains.

Over the past decade, Chinese companies have acquired stakes in 13 ports in Europe, including in Greece, Spain and, most recently, Belgium, according to a study by the Organization for Economic Cooperation and Development. Those ports handle about 10 percent of Europe’s shipping container capacity, as discussed here.

In Australia we have one port – Darwin – leased and operated by a Chinese company, Landbridge. So, in having a Chinese company operator, Darwin is not alone in the world. If you’d like to read more about Landbridge’s management of the port at Darwin, here’s the company’s last annual report.

Well, there we are. Who would have thought that one pretty blue ship entering Fremantle Port could have given rise to an analysis of one of China’s biggest corporate plays of the past few years!

(And, just so you know, we have consciously avoided throwing a complete red herring into the discussion, being any reference to COSCO (Hong Kong) Group Limited. It is said to be one of the largest Chinese state-owned conglomerates in Hong Kong, which is also wholly owned by COSCO SHIPPING. Its business include shipping services, coatings manufacturing, insurance, information technology, freight forwarding, property development and management.)