Home 2019 May 25 Wikileaks Assange and Freedom of the Media

Wikileaks Assange and Freedom of the Media

We at Fremantle Shipping News observe the indictments now brought against Julian Assange by the United States Government under the US Espionage Act. The Editorial Board of the New York Times has just published its reaction to the indictments. We think what the Times has to say reverberates in Australia and will be of wide interest to Australians who uphold the freedoms of the media in this country. We post here the editorial in full as well as the link to the editorial.

On Thursday, the Justice Department charged Julian Assange, the founder of WikiLeaks, with multiple counts of violating the 1917 Espionage Act for his role in publishing tens of thousands of classified military and diplomatic documents in 2010. The indictment supersedes an indictment unsealed in April on narrow grounds of attempting to help an Army private surreptitiously break into a government computer to steal classified and sensitive documents.

The new indictment goes much further. It is a marked escalation in the effort to prosecute Mr. Assange, one that could have a chilling effect on American journalism as it has been practiced for generations. It is aimed straight at the heart of the First Amendment.

The new charges focus on receiving and publishing classified material from a government source. That is something journalists do all the time. They did it with the Pentagon Papers and in countless other cases where the public benefited from learning what was going on behind closed doors, even though the sources may have acted illegally. This is what the First Amendment is designed to protect: the ability of publishers to provide the public with the truth.

President Trump has waged a relentless campaign against the news media, going so far as to repeatedly label it the “enemy of the people.” But with this indictment his administration has moved well beyond dangerous insults to strike at the very foundation of the free press in the United States. The Espionage Act has been used against those who disclose classified information only rarely, for good reason. It has never before been used against a journalist. 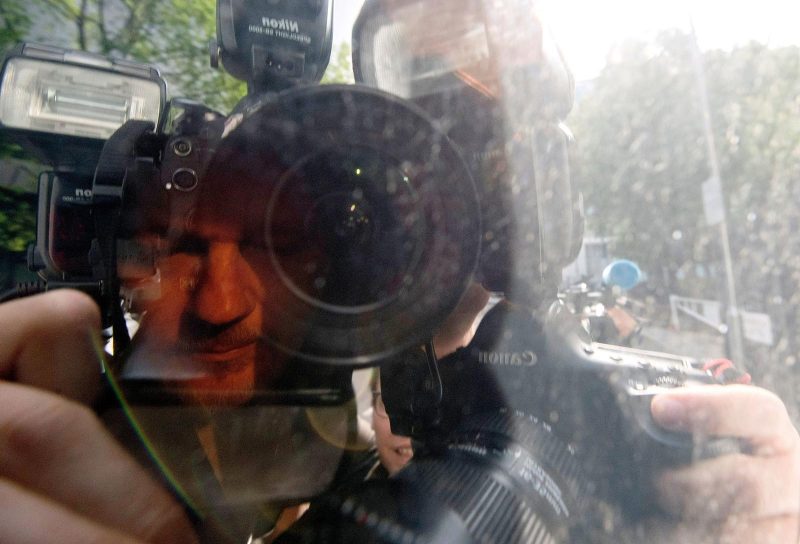 Cameras were reflected on a window of a car carrying Julian Assange as he arrived at court in London on May 1. Neil Hall/EPA

There is much to be troubled by in Mr. Assange’s methods and motives, which remain murky. He released numerous documents without removing names of confidential sources, putting their lives in jeopardy. The government notes in its charging document that those put at risk included “journalists, religious leaders, human rights advocates, and political dissidents” living in repressive regimes who provided information to the United States.

Mr. Assange shared much of the material at issue with The New York Times and other news organizations. The resulting stories demonstrated why the protections afforded the press have served the American public so well; they shed important light on the American war effort in Iraq, revealing how the United States turned a blind eye to the torture of prisoners by Iraqi forces and how extensively Iran had meddled in the conflict. The Times treated Mr. Assange as a source, not a partner, and the relationship was not an easy one; his indifference to the risks of exposing intelligence sources was a particular source of friction.

The Times does not condone breaking into government computers or irresponsibly publishing the identities of sources. While Mr. Assange may not be the figure one would choose as the tribune of free speech, this is the case the government has brought.

Mr. Assange, who was arrested in London last month after years of being given sanctuary in the Ecuadorean Embassy since 2012, is currently in jail and fighting an extradition request from the United States.

Barrister Jennifer Robinson, one of the lawyers on Julian Assange’s legal team, and WikiLeaks’ editor-in-chief Kristinn Hrafnsson speak to reporters outside Southwark Crown Court in London on May 1. Facundo Arrizabalaga/AAP

Invoking the Espionage Act in this case threatens to blur the distinction between a journalist exposing government malfeasance — something that news organizations do with regularity — and foreign spies seeking to undermine the nation’s security.

The Obama administration considered charging Mr. Assange with violations of the Espionage Act, a step that might have recalibrated for the digital age who is a cybercriminal and who is a whistle-blower. But Barack Obama’s Justice Department refrained, worried that such a prosecution could ultimately threaten the robust exercise of the First Amendment.

With this indictment, the Trump administration has chosen to go well beyond the question of hacking to directly challenge the boundaries of the First Amendment. Mr. Assange is no hero. But this case now represents a threat to freedom of expression and, with it, the resilience of American democracy itself.