Each week we’ll be featuring an artist included in the Help the Homeless Art Auction.

This week the featured artist is ceramist Julie Podstolski.

A painter in oils, in 1994, with a new baby and artistic demands to meet, she decided to try coloured pencils as a medium. Easily picked up and put down without drying time to contend with, she enjoyed the new process so much she gave up painting in oil completely in 2002.

While her early work centred on landscapes in New Zealand and Australia and the world immediately around her, from 2003 to 2010 she became obsessed with Japan, especially Kyoto and its geisha, subsequently making 13 trips there, primarily to take photographs to develop into new artworks back in her studio.

“I first travelled to Japan in 2003 where, by chance, I came across my first sighting of a maiko (apprentice geisha). That glance – followed by fumbling for camera and two swift photos (which became drawings) was the beginning of a passion of several years duration.”

Though images of Japan still appear in her work, a trip to Paris in 2010 switched her focus.

Her works take several weeks to complete. “I gradually build up layers of colour on the paper. What I like about using pencils is that colour is mixed directly on the paper, and the great luminosity you can achieve. They suit my subject matter which often involves highly detailed areas. They are wonderful for rendering the qualities of light – from the cool buzz of neon to the warm glow of red Japanese lanterns.”

Julie has won more than 50 awards, including Best in Show in the 2015 Colored Pencil Society of America awards. Solo exhibitions in New Zealand, Sydney and WA, with works in national and international collections. As of 24 May 2019, a book has been published on her work in the US: Sublime – Julie Podstolski – A Retrospective, is published by Ann Kullberg.

Julie has two works in the Auction, Evensong, and Still Life, both below, as well as Observation, (sneak peek to come) the last available print in a Limited Edition (1/25), which is being raffled on the night ($10 per ticket), valued at $450. 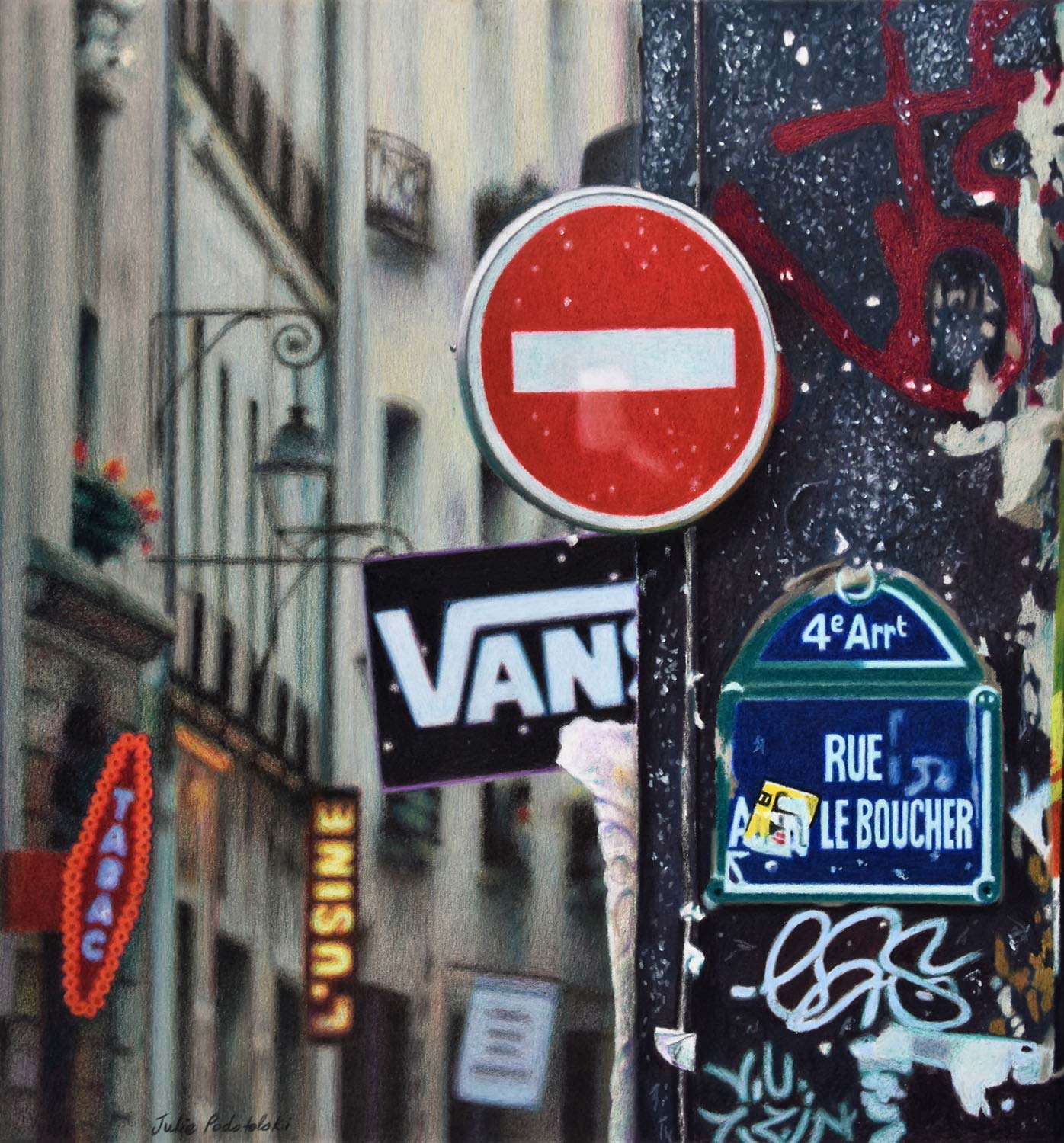 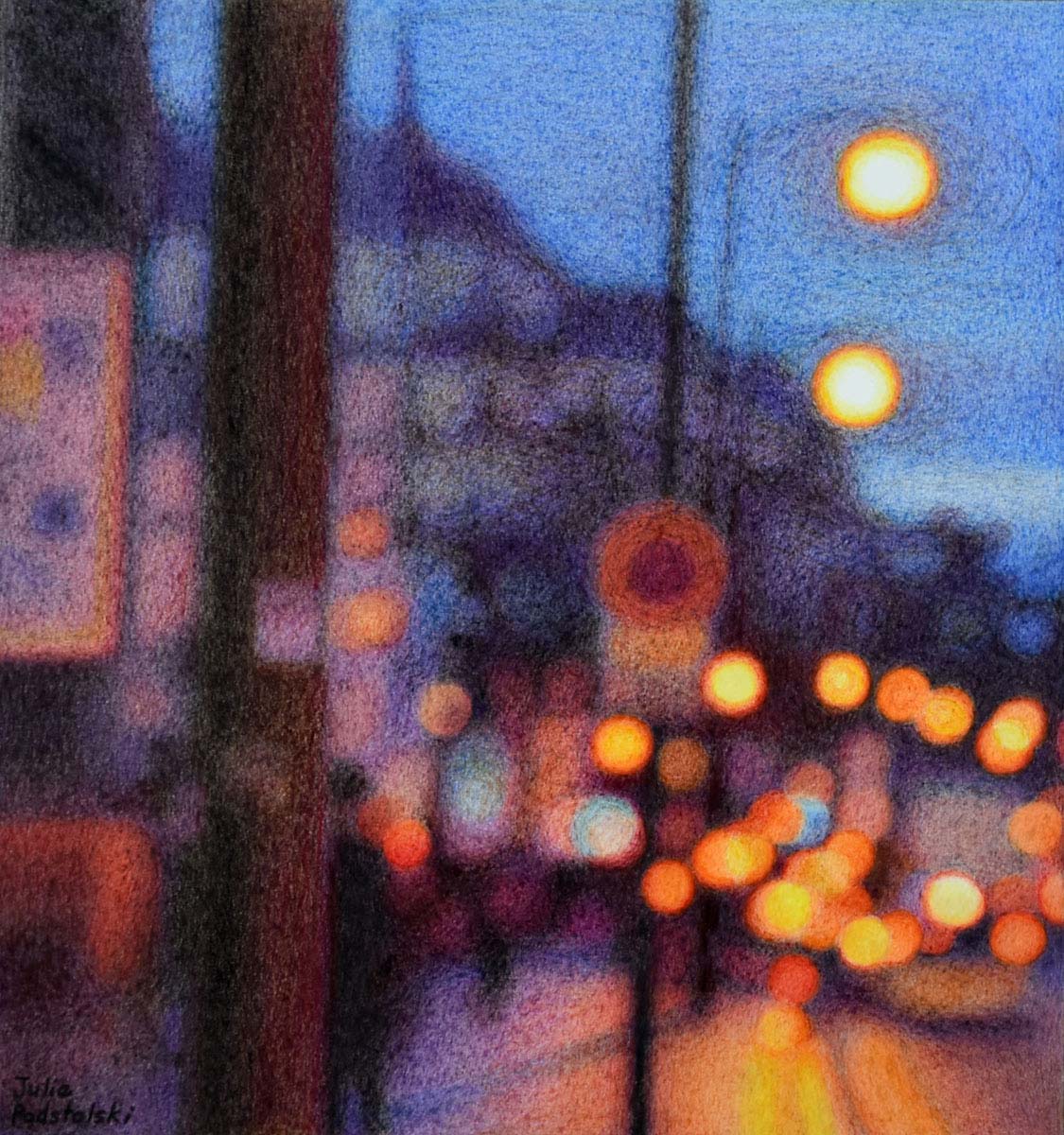