Home 2019 May 23 These 5 foods are claimed to improve our health. But the amount we’d need to consume is… a lot

These 5 foods are claimed to improve our health. But the amount we’d need to consume is… a lot

Now the Federal election is behind us, sort of, we at the Shipping News sense that many of Freo’s good burghers need distractions. Food and wine are always good resorts! This piece may assist in restoring normal life. (Basically, it advises consuming more chocolate!)

Food gives us the nutrients we need to survive, and we know a balanced diet contributes to good health.

Beyond this, many people seek out different foods as “medicines”, hoping eating certain things might prevent or treat particular conditions.

It’s true many foods contain “bioactive compounds” – chemicals that act in the body in ways that might promote good health. These are being studied in the prevention of cancer, heart disease and other conditions.

But the idea of food as medicine, although attractive, is easily oversold in the headlines. Stories tend to be based on studies done in the lab, testing concentrated extracts from foods. The effect seen in real people eating the actual food is going to be different to the effects in a petri dish.

If you do the maths, you’ll find you actually need to eat enormous amounts of particular foods to get an active dose of the desired element. In some cases, this might endanger your health, rather than protecting it.

These four foods (and one drink) show the common healing claims around the foods we eat don’t always stack up.

Cinnamon, which contains a compound called cinnamaldehyde, is claimed to aid weight loss and regulate appetite.

There is evidence cinnamaldehyde can reduce cholesterol in people with diabetes. But this is based on studies of the chemical in large doses – not eating the spice itself.

The headlines on the health benefits of red wine are usually because of a chemical in grape skins called resveratrol. Resveratrol is a polyphenol, a family of chemicals with antioxidant properties.

It’s been claimed resveratrol protects our cells from damage and reduces the risk of a range of conditions such as cancer, type 2 diabetes, Alzheimer’s disease, and heart disease.

There is some limited evidence that resveratrol has benefits in animal models, although studies done in humans have not shown a similar effect. 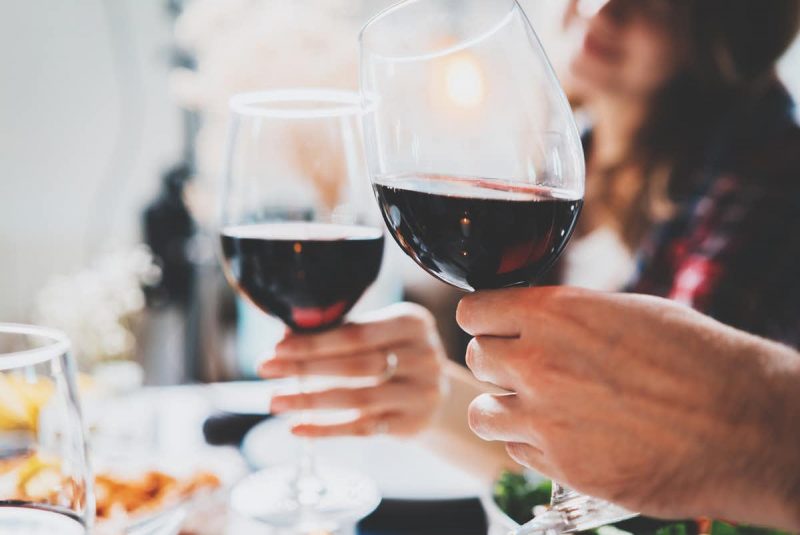 We often hear that drinking red wine is good for our health.

It varies by wine, but red wine contains about 3 micrograms (about 3 millionths of a gram) of resveratrol per bottle. The studies that have shown a benefit from resveratrol use at least 0.1 grams per day (that’s 100,000 micrograms).

To get that much resveratrol, you’d have to drink roughly 200 bottles of wine a day. We can probably all agree that’s not very healthy.

Read more:
Health check: is moderate drinking good for me?

Blueberries, like red wine, are a source of resveratrol, but at a few micrograms per berry you’d have to eat more than 10,000 berries a day to get the active dose.

Blueberries also contain compounds called anthocyanins, which may improve some markers of heart disease. But to get an active dose there you’re looking at 150-300 blueberries per day. More reasonable, but still quite a lot of fruit – and expensive.

Blueberries contain anthocyanins, which might reduce your risk of heart disease. If you eat 150-300 in a day, that is. Andrew Welch/Unsplash

Read more:
Treat or treatment? Chocolate is good but cocoa is better for your heart

Excess kilojoule consumption leads to weight gain, and being overweight increases risk of heart disease and stroke. So these risks would likely negate the benefits of eating chocolate to lower your blood pressure.

Turmeric is a favourite. It’s good in curries, and recently we’ve seen hype around the tumeric latte. Stories pop up regularly about its healing power, normally based on curcumin.

Curcumin refers to a group of compounds, called curcuminoids, that might have some health benefits, like reducing inflammation. Inflammation helps us to fight infections and respond to injuries, but too much inflammation is a problem in diseases like arthritis, and might be linked to other conditions like heart disease or stroke. 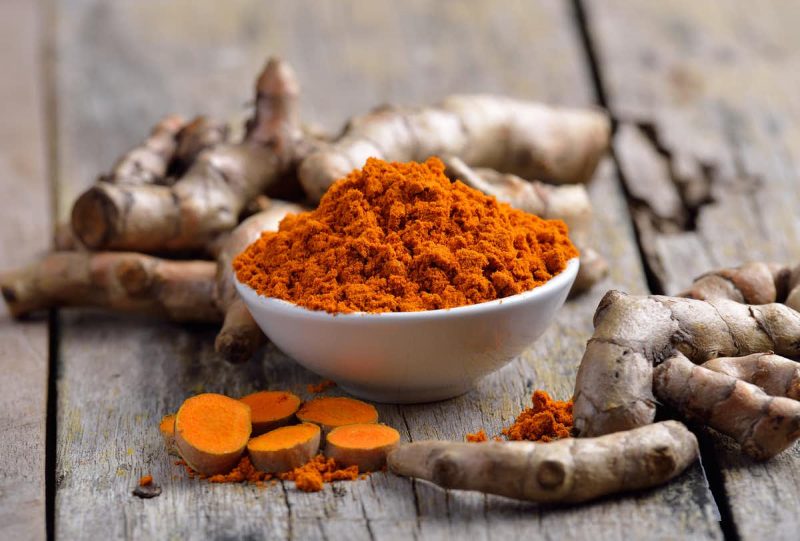 Tumeric comes from tumeric root. It’s not bad for us, but we’d have to eat an unrealistic amount to receive its health benefits.

Human trials on curcumin have been inconclusive, but most use curcumin supplementation in very large doses of 1 to 12 grams per day. Turmeric is about 3% curcumin, so for each gram of tumeric you eat you only get 0.03g of curcumin. This means you’d have to eat more than 30g of tumeric to get the minimum active dose of tumeric.

Importantly, curcumin in turmeric is not very bioavailable. This means we only absorb about 25% of what we eat, so you might actually have to eat well over 100g of turmeric, every day, to get a reasonable dose of curcumin. That’s a lot of curry.

What to eat then?

We all want food to heal us, but focusing on single foods and eating mounds of them is not the answer. Instead, a balanced and diverse diet can provide foods each with a range of different nutrients and bioactive compounds. Don’t get distracted by quick fixes; focus instead on enjoying a variety of foods.