And audio interview with the authors, Ron and Ian Forsyth.

Many, especially loyal Fremantle Shipping News readers, will be anxious to lay their hands on this new book, lovingly researched and written by Ron and Ian Forsyth, which was launched by Captain Allan Gray, the Port of Fremantle’s current Harbour Master, on 26 March 2019 at the Port Authority building in Fremantle.

The biography is the result of research of original documentation conducted over some thirty years by the authors and is richly documented, including with evocative quotes from official records and newspapers of the day and numerous illustrations, some of which have not before been published.

Captain George Forsyth – the authors’ great grandfather – was at the epicentre of seafaring Fremantle between 1866, when he was appointed a constable in the Fremantle Water Police, and 1885, when he was Harbour Master for the whole colony (other than Albany); inaugural head of the Department of Harbour and Light, which managed the colony’s ports; and the founding commanding officer of the Fremantle Naval Volunteers.

His great grandsons have discovered that their great grandfather led a quite dramatic life. He was nearly drowned on several occasions, beaten up and had his throat slit. He led a daring rescue of SS Georgette when she hit the Murray Reef on her first voyage to Fremantle from Albany carrying the Royal Mail; and he became the subject of political conflagrations following the shipwrecking of SS Macedon off Rottnest in 1882. He managed the Colony’s ports during the period of wood and sail and the advent of iron and steam.

Captain Forsyth worked for four Governors but fell out of favour with the fractious Broome administration and was dismissed from all his official appointments in controversial circumstances – despite his receiving considerable support from the shipping community and leading citizens of Fremantle. He then became a sea captain, sailing mainly to he north west of the colony and the Straits Settlements.

In the course of telling George’s story, the book sheds new light on Fremantle’s maritime history, including the management of the port, the challenges facing the harbour master’s service and efforts to develop a safe harbour. It also evinces some of the social and political tensions in the Colony in the period between the end of transportation of convicts in 1868 and the gold rush of the 1890s.

George was also an amateur artist of moderate talent whose legacy has not to date been able to be fully appreciated as his works are spread between several public institutions (including the WA Maritime Museum, the City of Fremantle Art Collection and the National Trust) and private collections. The authors have located over forty of his original works, some of which are in the book. An exhibition of his artwork will be curated separately by the City of Fremantle Art Collection at the Fremantle Arts Centre as part of the Fremantle Festival 2019. The cover of the book, shown with this story, is one of George’s paintings of the harbour master’s lugger at sea, dated 1888.

As we approach the 190th anniversary of the establishment of the Harbour Master’s Service in Fremantle, it is a wonderful time to learn more about its First Harbour Master, and the times in which he lived.

The book can be purchased through http://a-hazardous-life.com/ or through the Maritime Heritage Association’s website for $29 (plus postage).

Listen here to the Shipping News’ audio interview with Ian and Ron Forsyth as they discuss their labour of love. 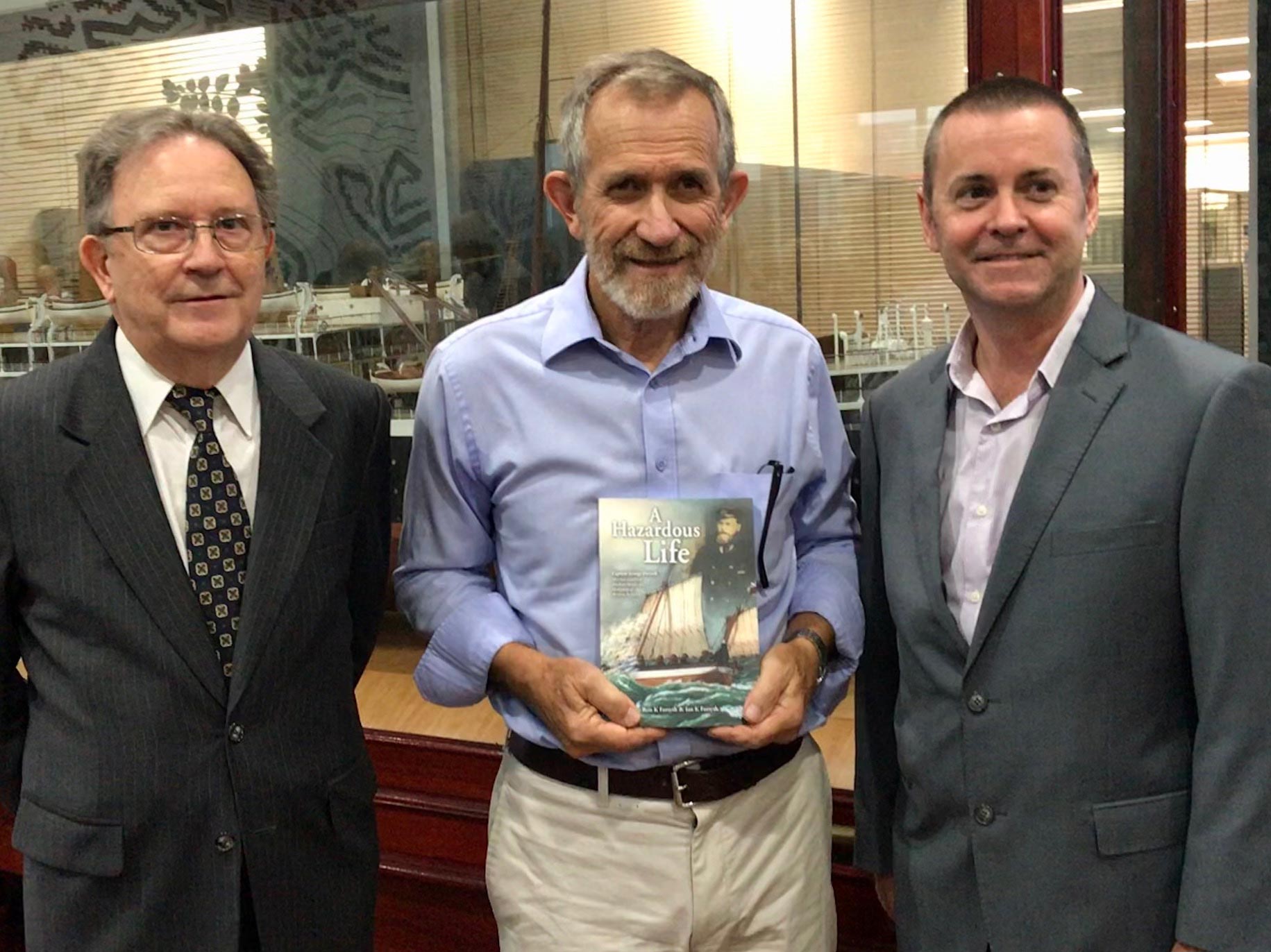 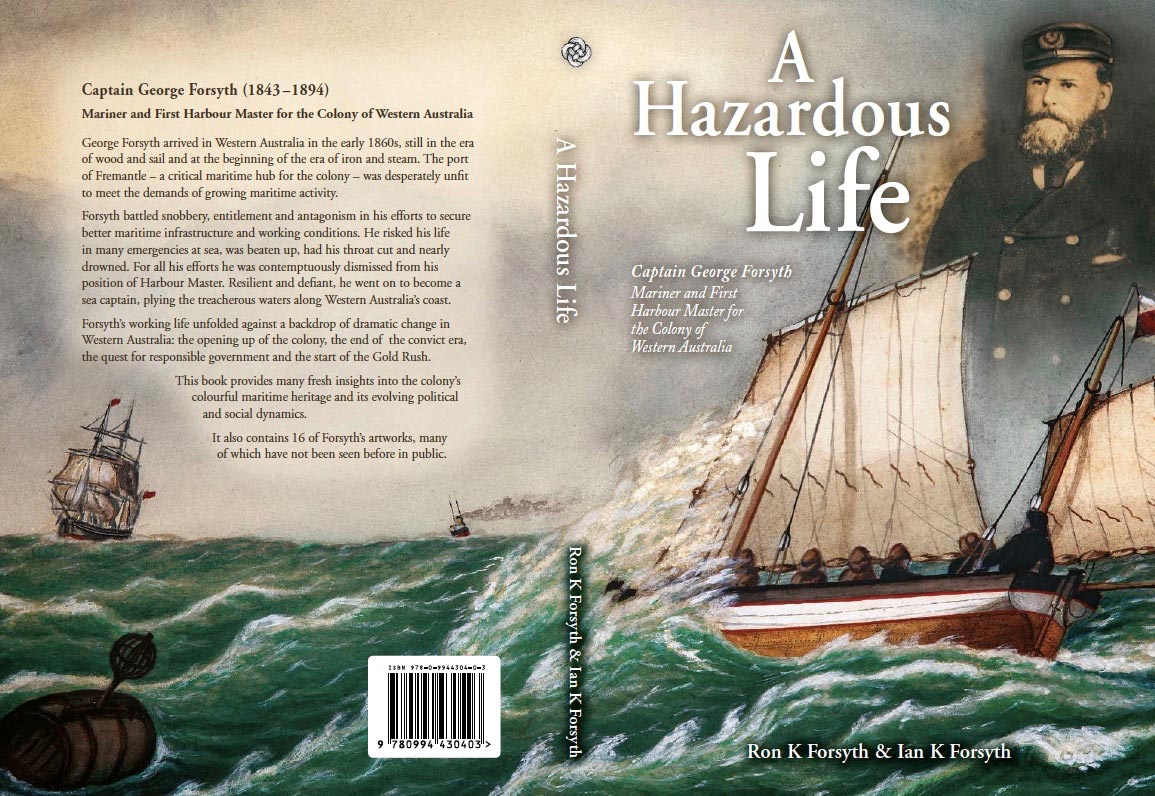 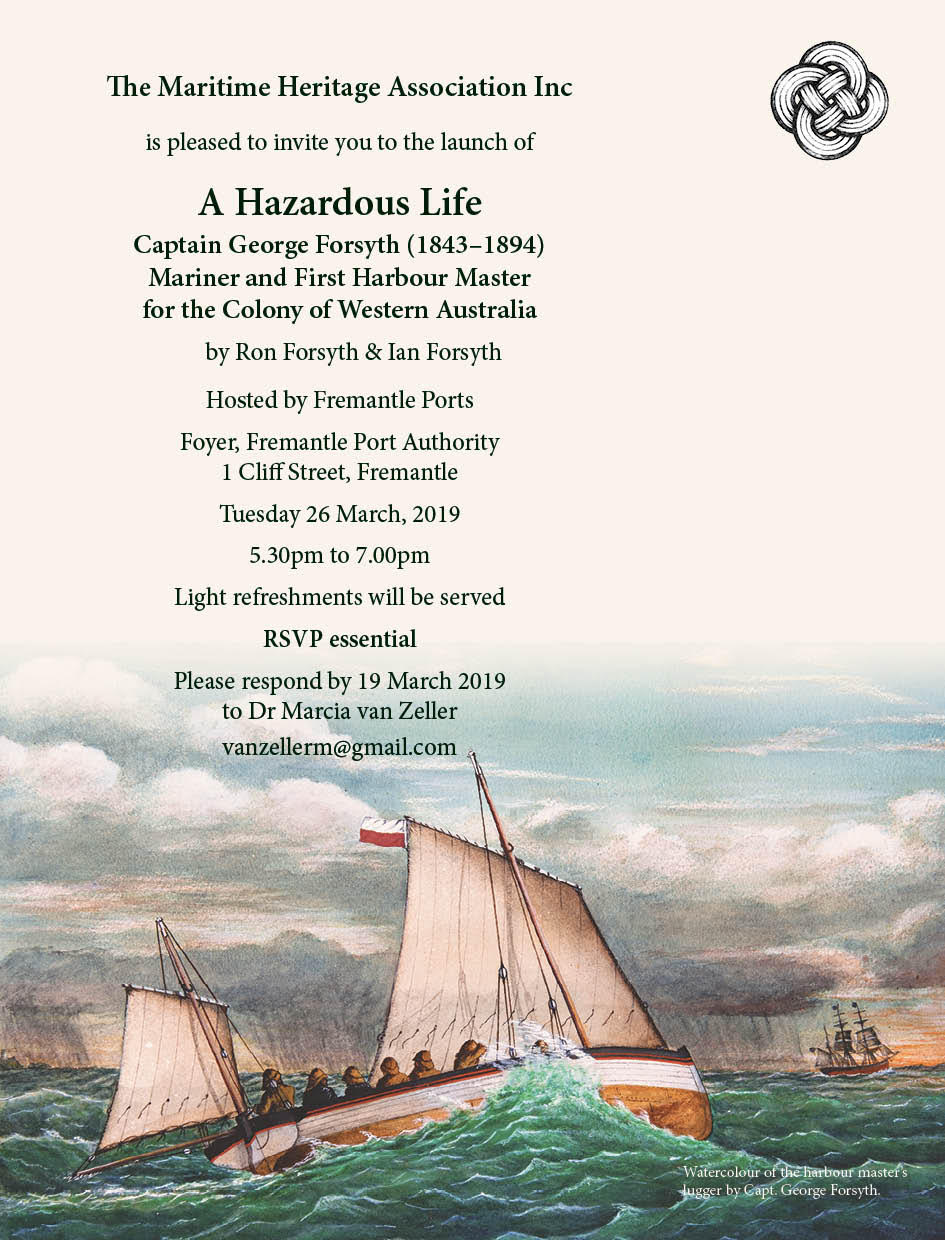