How far have we come since the ’80s vision of the ‘non-sexist city’?

Well, just how far has Freo come, would you say?

In 1980, the feminist journal Signs published a visionary essay asking readers to imagine what a non-sexist city would be like. A then junior professor of urban planning at the University of California, Dolores Hayden, wrote the essay.

Hayden argued that architects and urban planners worked off the implicit understanding that a woman belonged in the home. She believed the isolated, suburban family house had been designed as a retreat for the male breadwinner, trapping the woman in the role of a homemaker and carer.

With more women entering paid work and family sizes shrinking, Hayden saw the design of the city – and the family home – as having potential for creating more equal relationships. Nearly 40 years on, society’s profile has evolved further. We’re having fewer children, more of us live alone, and women are in paid employment in ever-greater numbers.

And yet, despite this, the design of the modern city suggests urban planners may still be perpetuating stereotypes of the patriarchal family. We have some way to create a more equal city.

What is the non-sexist city?

Hayden argued the built environment helped shape ideas of how a “normal family” should use space. She said advertisements of the time – such as those showing the importance of women’s attractiveness to a man with overt links to being good homemakers – reinforced women’s roles as consumers rather than producers of valued work.

Hayden wrote that home design that separated one family from another privatised family life. Separating areas for cooking and laundry from the main part of the house, as well as placing housing some distance from schools and children’s activities, locked women into laborious days of invisible house and care work.

If vintage city design used to trap women in suburbia, what’s the modern city looking like? 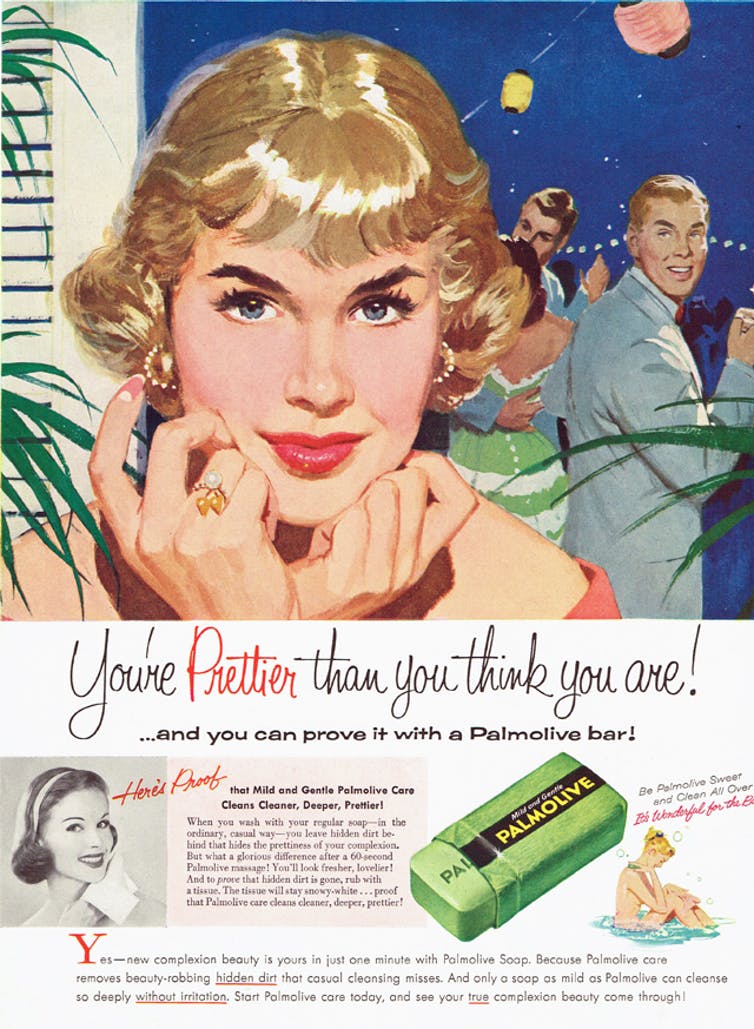 Mid-20th-century advertisements were targeted at women as the primary consumers.

Hayden reimagined the family home, and the city around it, as being accessible for women who were now doing a “double work day”. She pointed to designs that overturned assumptions that domestic must be separated from public space.

These included projects such as London’s Fiona House, designed by single mother and architect Nina West. This project (along with other housing blocks West designed for single parents in the early ’80s) had a linked childcare centre.

In her book, The Grand Domestic Revolution, Hayden excavated utopian 19th-century feminist ideas for kitchenless single houses with communal kitchens in a block. As she told TV host Phil Donahue in 1981, women would prepare meals in these communal houses and charge men at home, cash on delivery.

When a shocked Donahue asked if she was really proposing this, she said:

Hayden proposed communal housing developments, each comprised of 40 households, with shared laundry and kitchen facilities. But she also drew attention to restrictive zoning regulations that didn’t allow for such facilities in residential areas.

In 1980s America, such a vision, as Donahue noted, wouldn’t be an easy sell. But how much progress have we made since?

Beyond obvious differences between Australia and the United States, is our city design still trapping women in suburbia and expecting them to do most, if not all, the home and care work?

Australia could do better

We’ve definitely moved closer to gender equality in cities. For instance, there are more childcare centres in residential areas and greater state support for childcare out of the home.

But we’re not still there completely. Using public transport while caring for a child can be difficult. Some train stations force passengers to use stairs to get to most platforms – not an easy feat for a parent with a pram.

While outsourcing services – such as food preparation and home maintenance – are on the rise in the gig economy, these jobs don’t pay a living wage when provided solely by the market without regulation.

And there is more socioeconomic division than before. Home ownership is becoming more unaffordable. Recent research has found that the floorplan of the Australian house has more than doubled since 1950, while the number of people living there has shrunk. 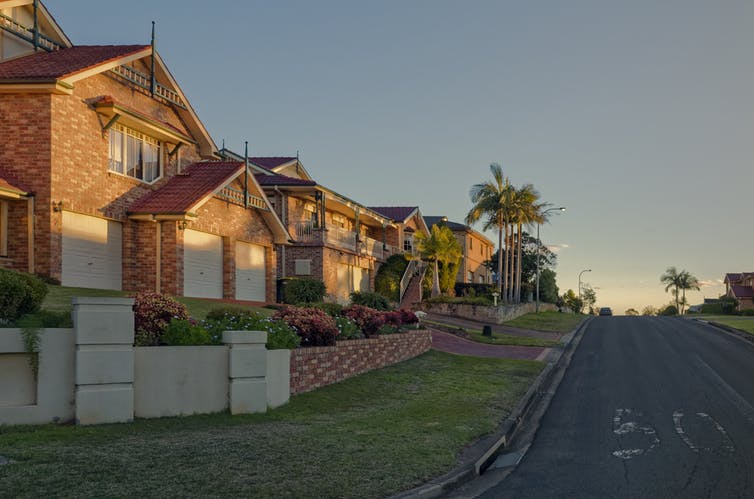 Australian houses are getting bigger, while family sizes are shrinking.

Single-parent households, and particularly female-headed ones, particularly struggle to find affordable housing. There has been a reported rise of 25% from 2011 to 2016 in what is defined as severely overcrowded housing.

Read more:
Overcrowded housing looms as a challenge for our cities

There have been recent feminist-inspired architectural innovations such as the kitchenless house. But these don’t seem to have taken hold against persistent indications women are still doing the bulk of caring labour, even if they work from home.

And what of the 40-household communal living ideal? Today, in Australia, such a proposal would still face complex rules and eligibility requirements for sharing common facilities in developments such as co-operative housing. However, shared equity schemes do exist in some states, though community attitudes to encountering neighbours in shared space could be a barrier.

Overall, alongside a rise in couples without children and single-person households, the problems of our cities fall most heavily on low-income families. The non-sexist city was never intended to be more equal for only one group of Australians.