New Kid on the Block – The Newton

Delivered in late May 2018, ‘Svitzer Newton’ is a Damen built tractor tug — a fancy way of saying that its propellers are below the forward deck of the tug. Unlike the other tugs in the inner harbour, Svitzer Newton has its main winch on its aft (rear) deck and is being operated in ‘reverse’ when completing vessel movements.

It has two azimuth propellers which can rotate 360⁰, being powered by two Caterpillar engines which generate more than 5500 hp.This gives Svitzer Newton a total of 70.0 tonnes of bollard pull, which is the main measurement of tugboats.

Svitzer Newton assists the ships entering and leaving the port by assisting as their “brake” when entering the harbour, rotating them so that they can berth starboard side to, or depart, and pushing up against the vessels to get them close enough to the berth for them to safely attach their mooring lines.

Svitzer Newton is named after Stephen Newton, who has worked for the company for over 47 years after starting an apprenticeship, building boats at North Fremantle. He continues to work at Svitzer’s Fremantle office.

Get down to the harbour and spot Svitzer Newton.

*The official naming ceremony for the Svitzer Newton will be held on the Freo Ports Maritime day coming up on the 27 October 2018. 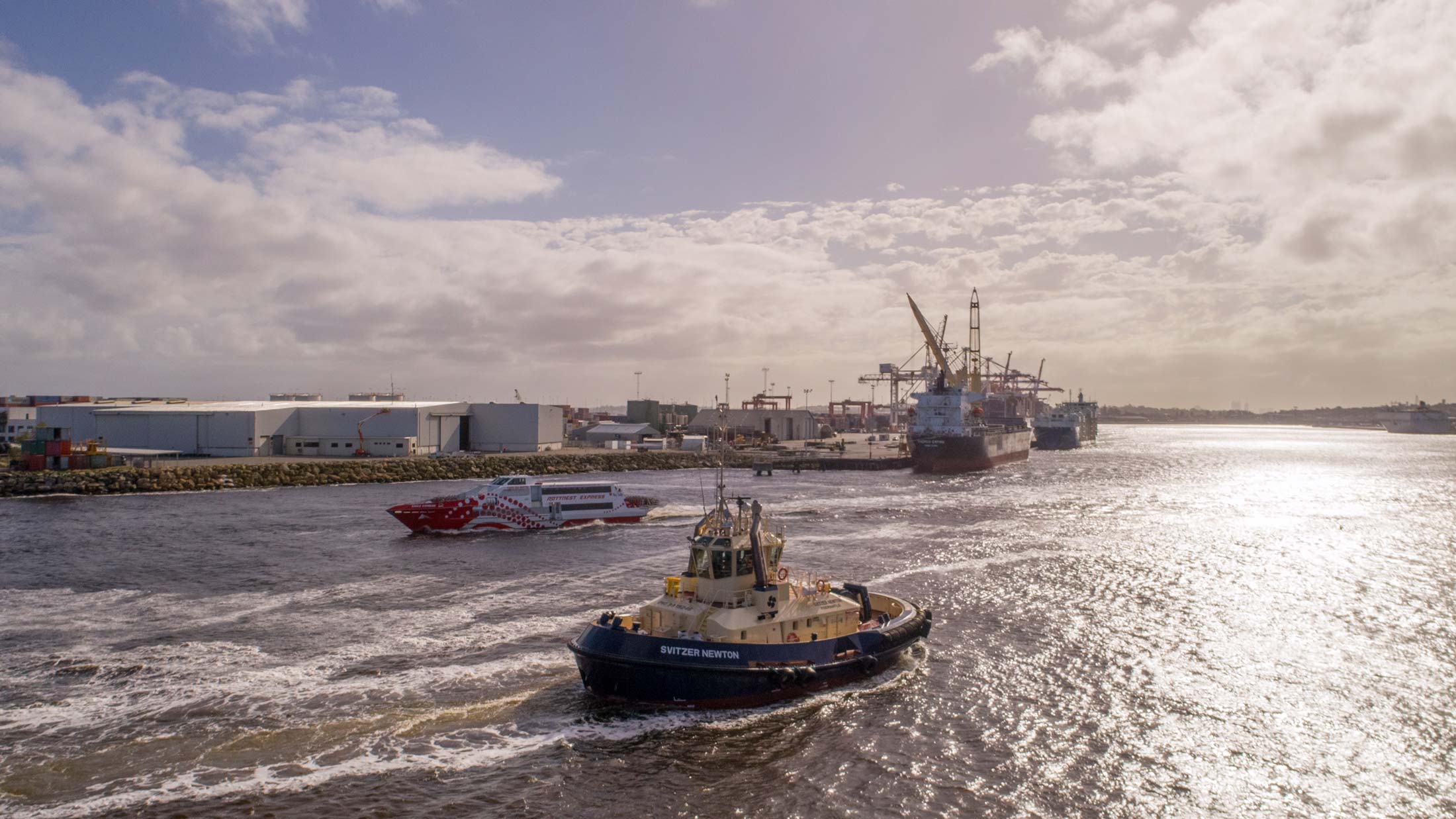 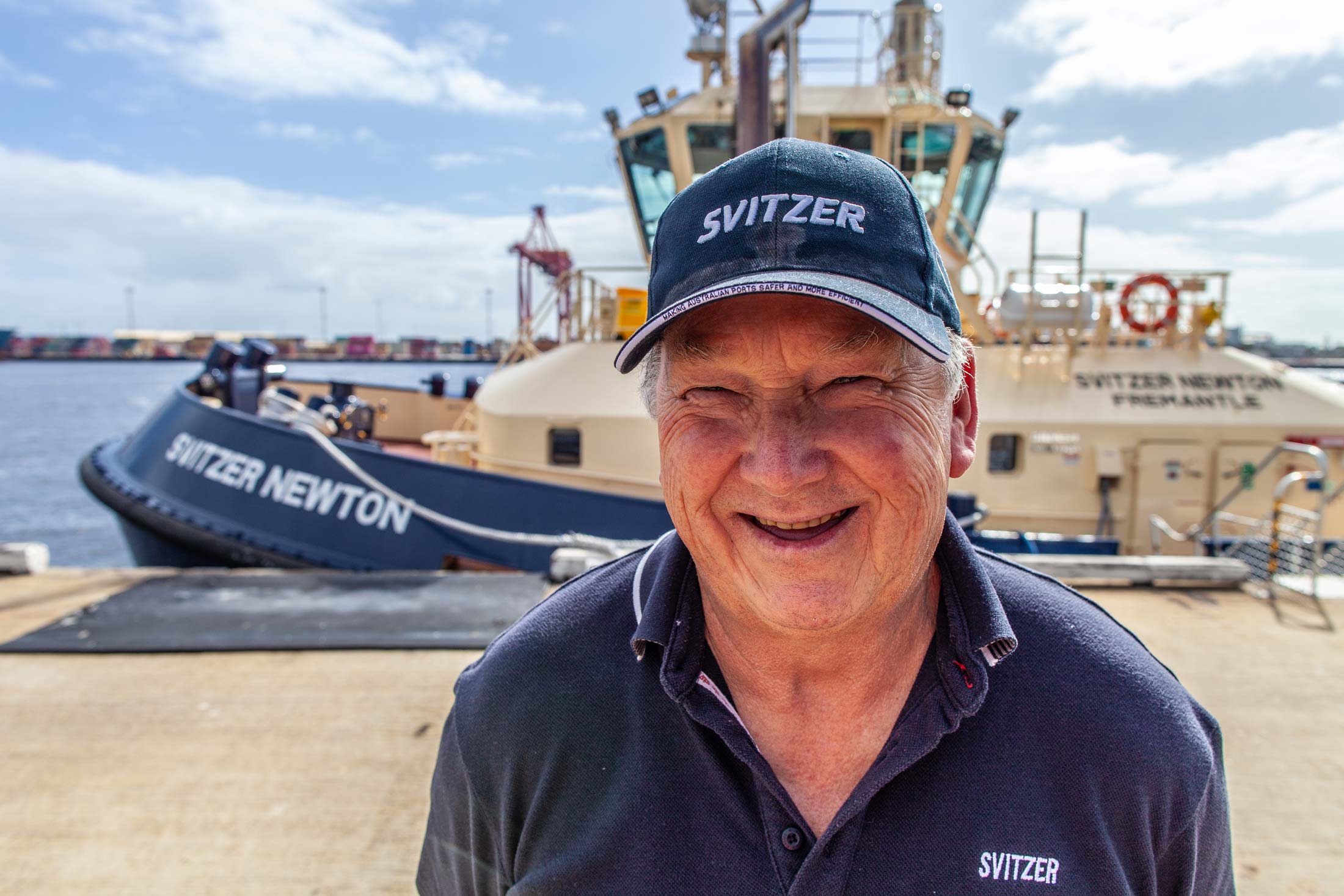 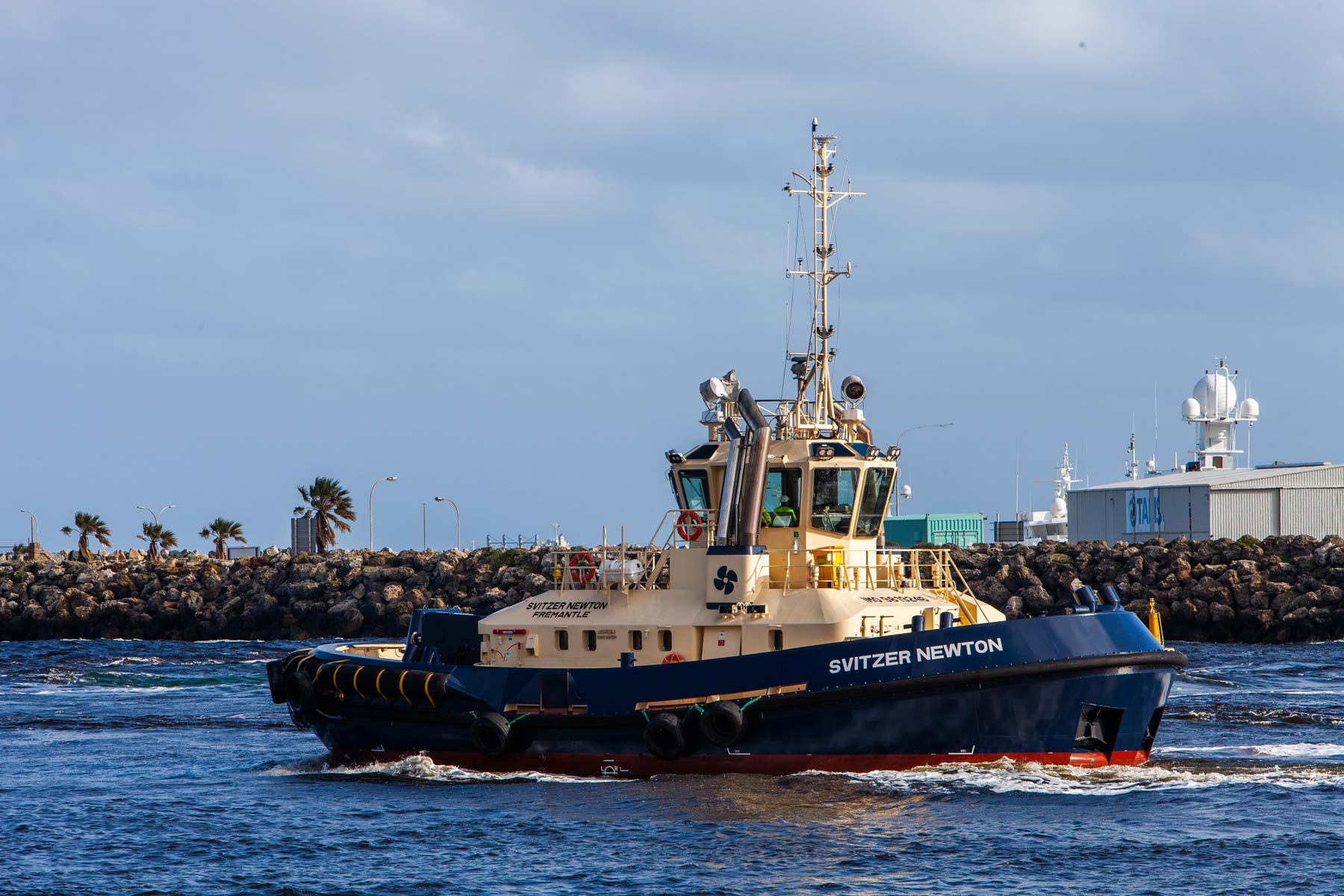