Home 2020 August 24 Places I Love – The Wheatbelt and Mukinbudin

Places I Love – The Wheatbelt and Mukinbudin

I recently spent a couple of days in Mukinbudin – ‘Muka’ to the locals.

Muka is a Wheatbelt town, three and a half hours from Perth. The district is famous for broad-acre crop-farming and large-scale sheep production for wool and meat. 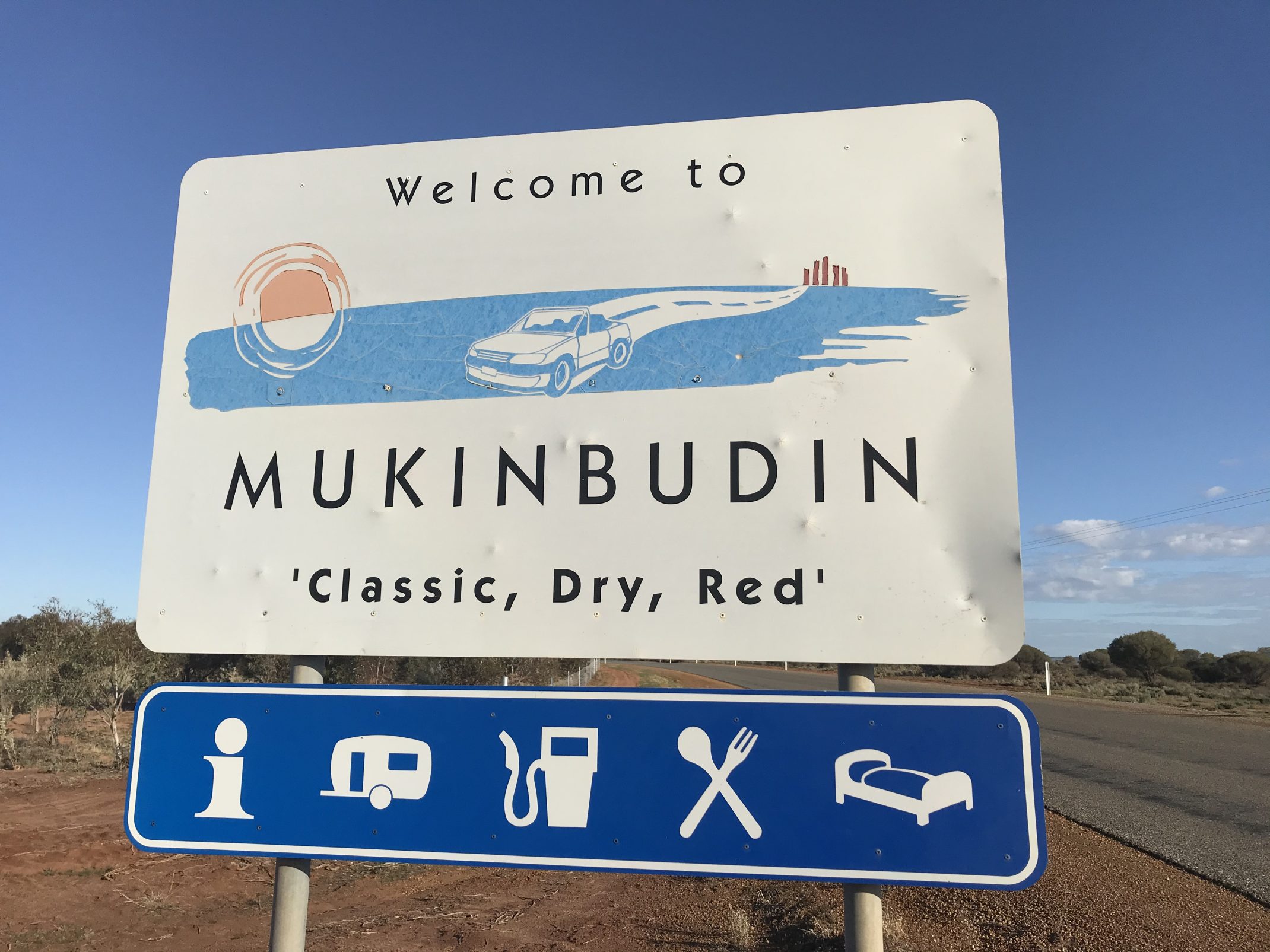 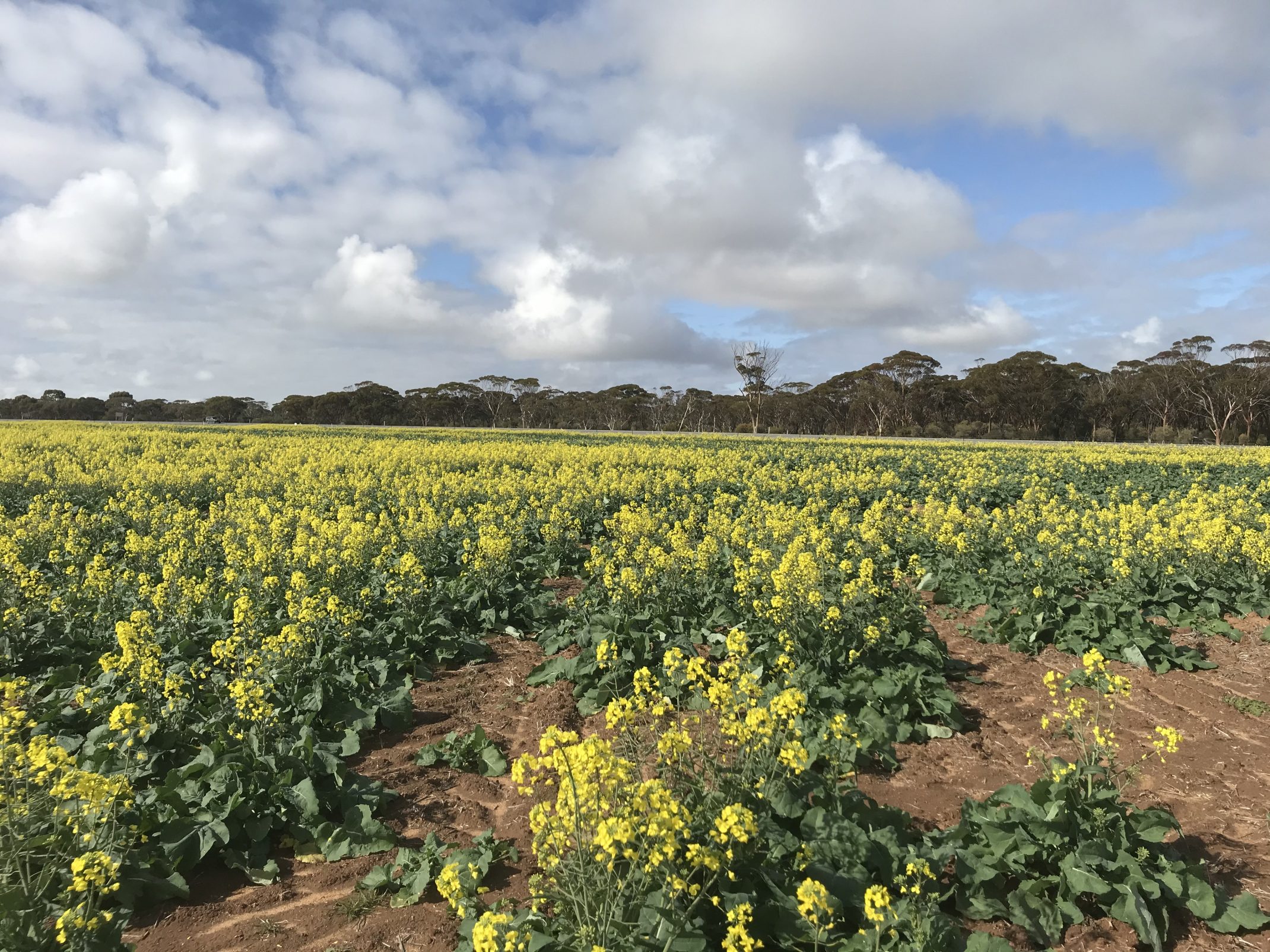 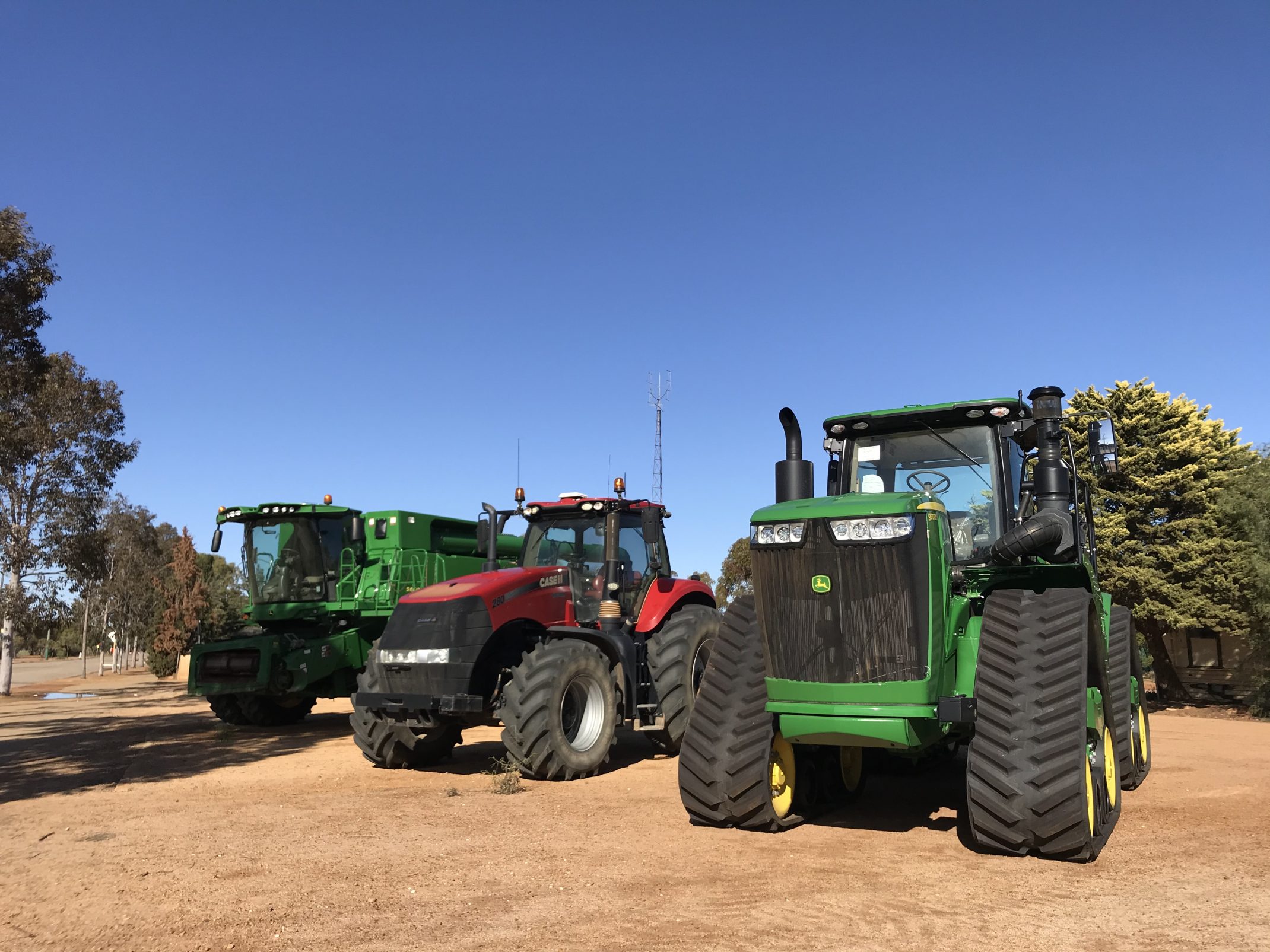 The nights were cold, and the days brought bright skies and big horizons. It was perfect for exploring some of WA’s geological past and spending time in nature.

This part of the Wheatbelt is strewn with granite outcrops. These outcrops rise abruptly from the gentle sloping or level surrounding plain and dominate the surrounding woodland. Granite outcrops are either inselbergs, isolated rock hills and knobs, or Monoliths, a single massive rock or stone.

These massive bubbles of lava, cooled beneath the earth’s surface millions of years ago to form very hard igneous rock. Each exposed metre of rock represents a million years of erosion.

The cultural and spiritual connection between the granite outcrops and Aboriginal people has been maintained for thousands of years. The rock pools are known as gnamma holes and are sacred to Aboriginal people.

They provided a life-giving source of water to the Aboriginal peoples, pastoralists who shepherded their sheep throughout the region, miners on route to the Goldfields, and sandalwood cutters. 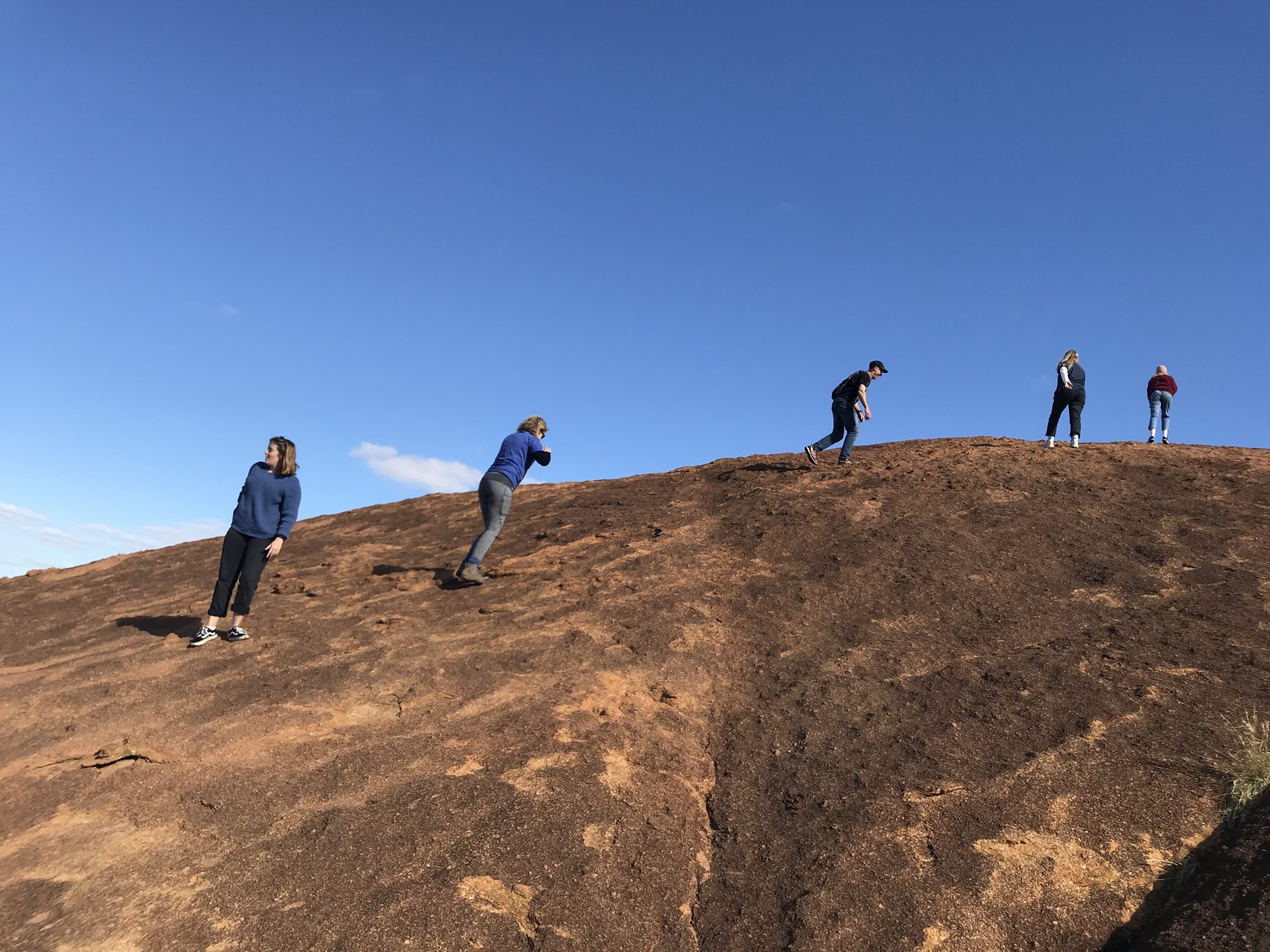 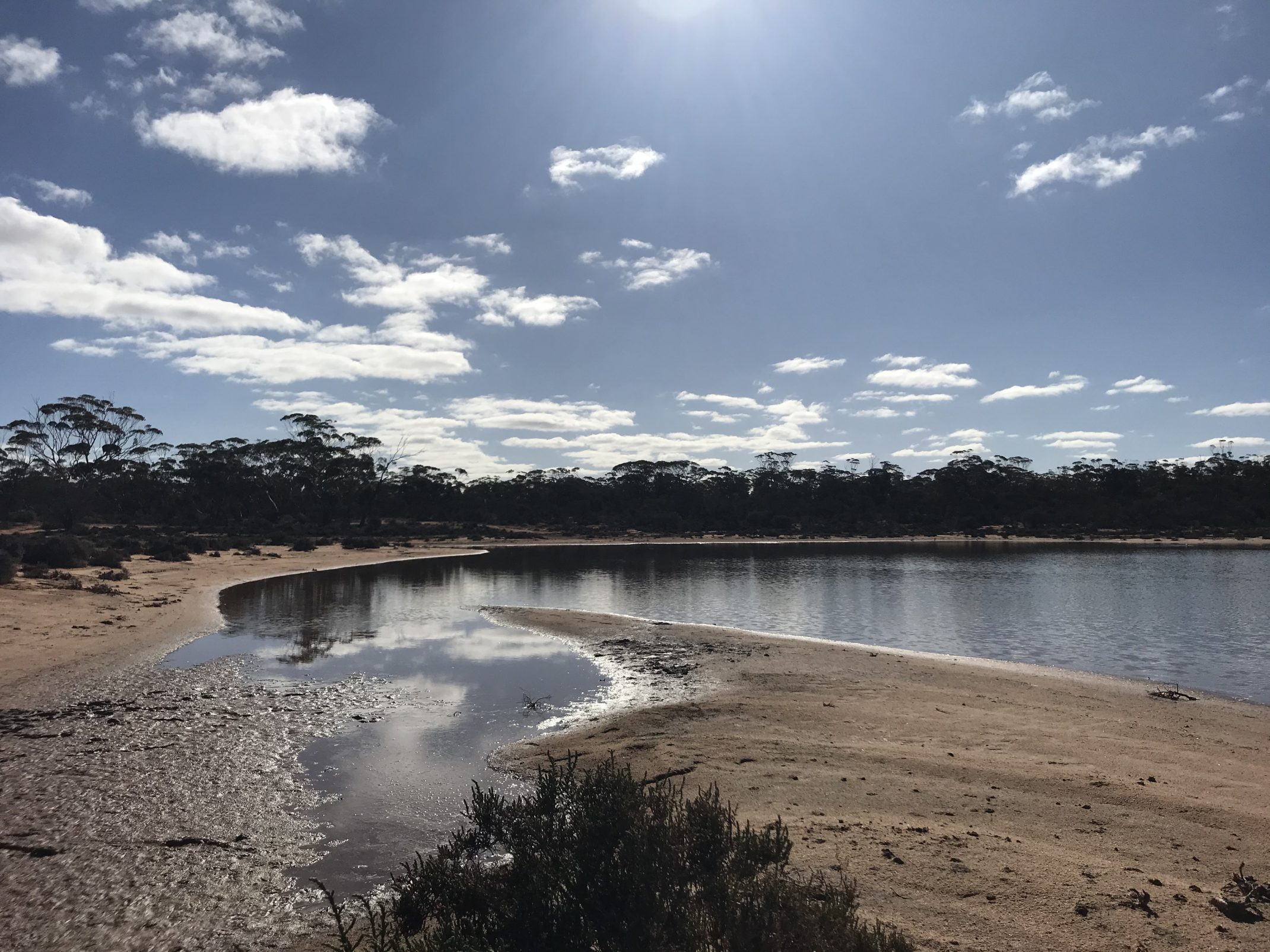 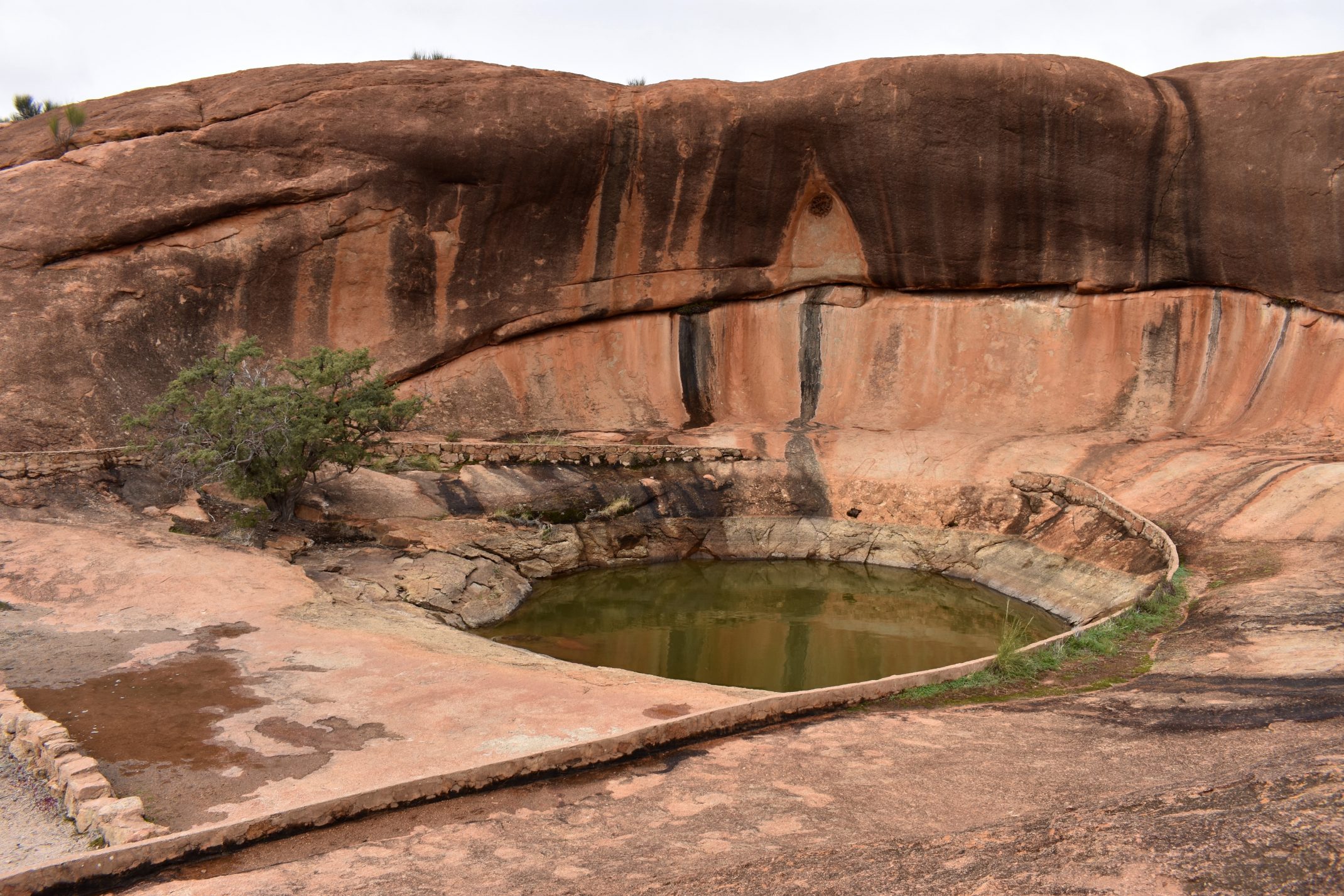 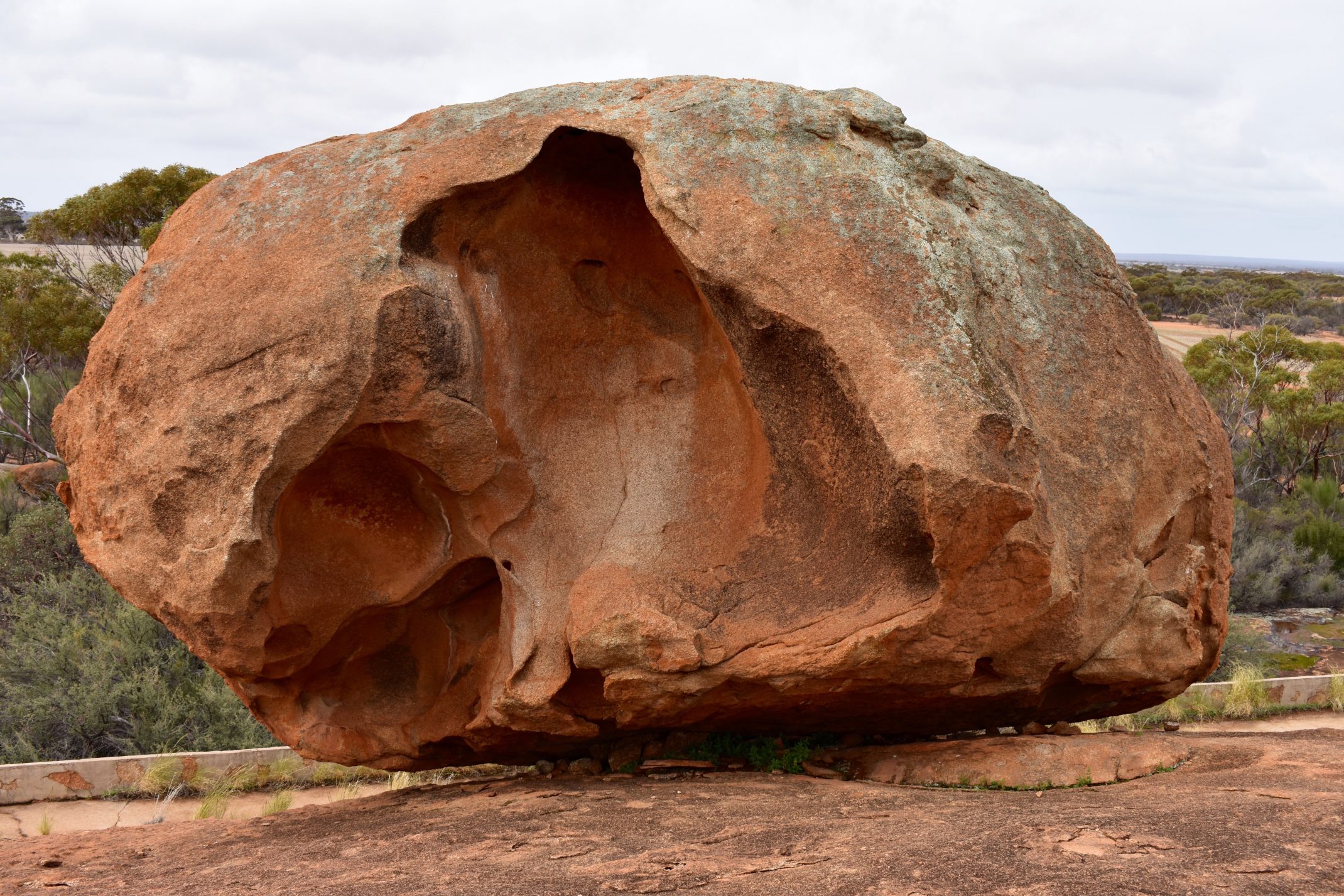 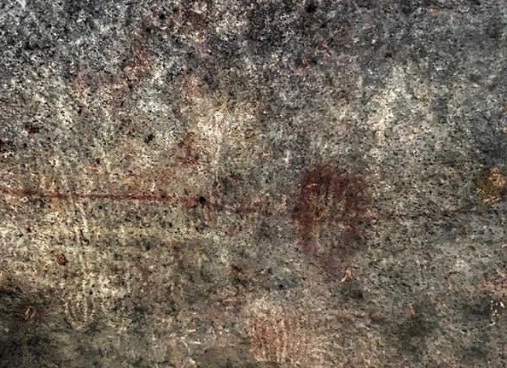 Beringbooding Rock is located on the corner of Beringbooding Road and Cunderdin Road, 65km north east of Mukinbudin. It has a huge gnamma hole, known as the Kangaroo Hole. It also has early pioneer wells and amazing balancing boulders.

These land formations provided shelter, food, water; places for ceremonies; burial places, dreaming stories and paintings.  We found the Kalamaia tribe’s paintings of hands in a cave at the rear of Beringbooding Rock.

Another unique habitat of the Wheatbelt are salt lakes. We climbed Baladjie Rock for spectacular views over the surrounding landscape and lake system.

The Rock is a popular picnic spot for locals and visitors. Baladjie Lake Nature Reserve has rocky outcrops, attractive woodland and salt lakes full of bird life. It is located 42km north of Westonia on the Koorda-Bullfinch Road.

Elachbutting Rock is a massive granite outcrop. It is a prominent landmark standing out from the surrounding countryside. Elachbutting means big thing standing! It has a spectacular and colourful rainbow wave similar to Wave Rock at Hyden, a 40m tunnel, Montys’ Pass, caused by a rockslide and a large acoustic cave named King’s Cave. A six kilometre track around the Rock takes you through dense trees and shrubs. The Rock is located 100 kilometres north east of Mukinbudin. 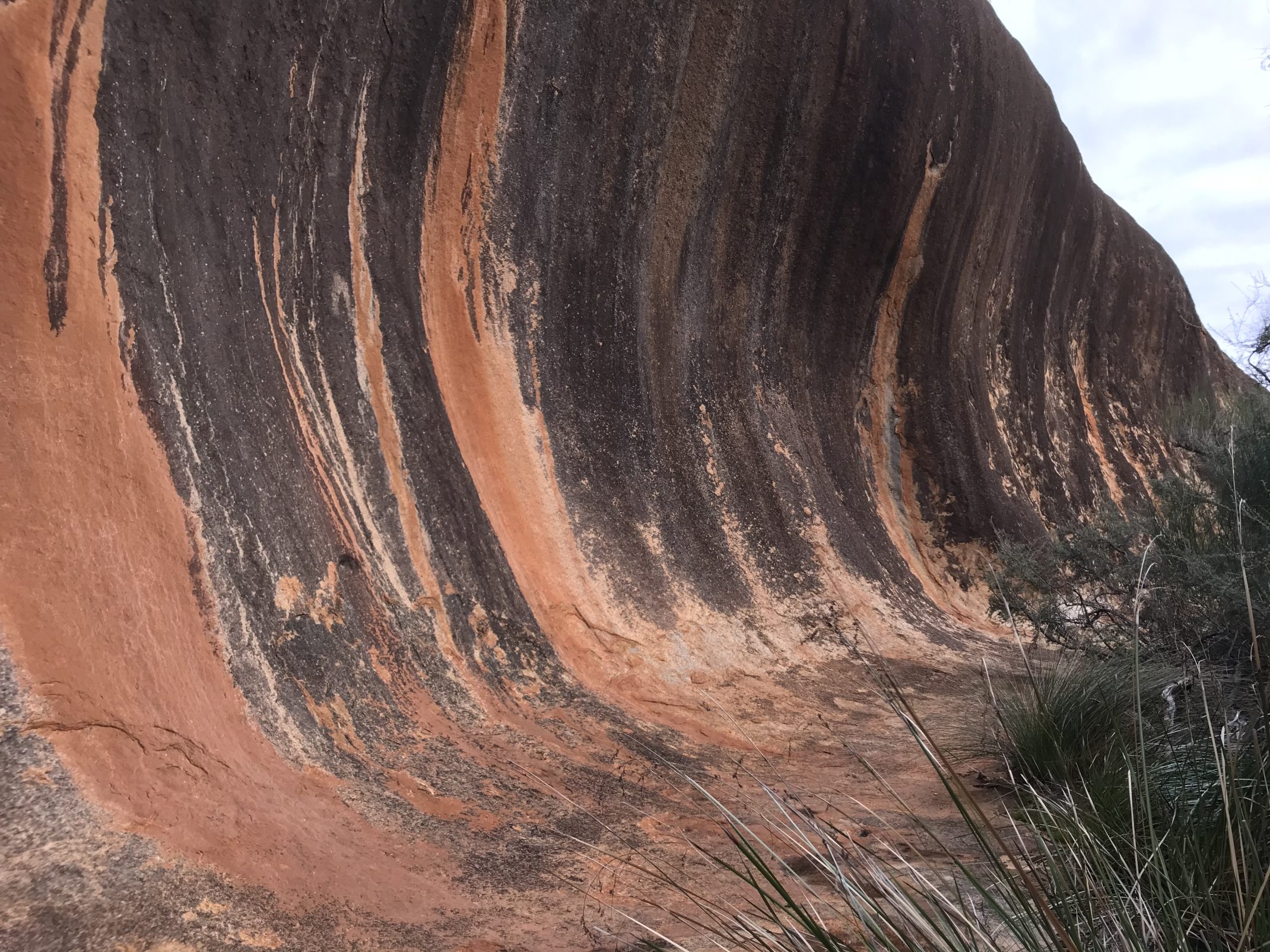 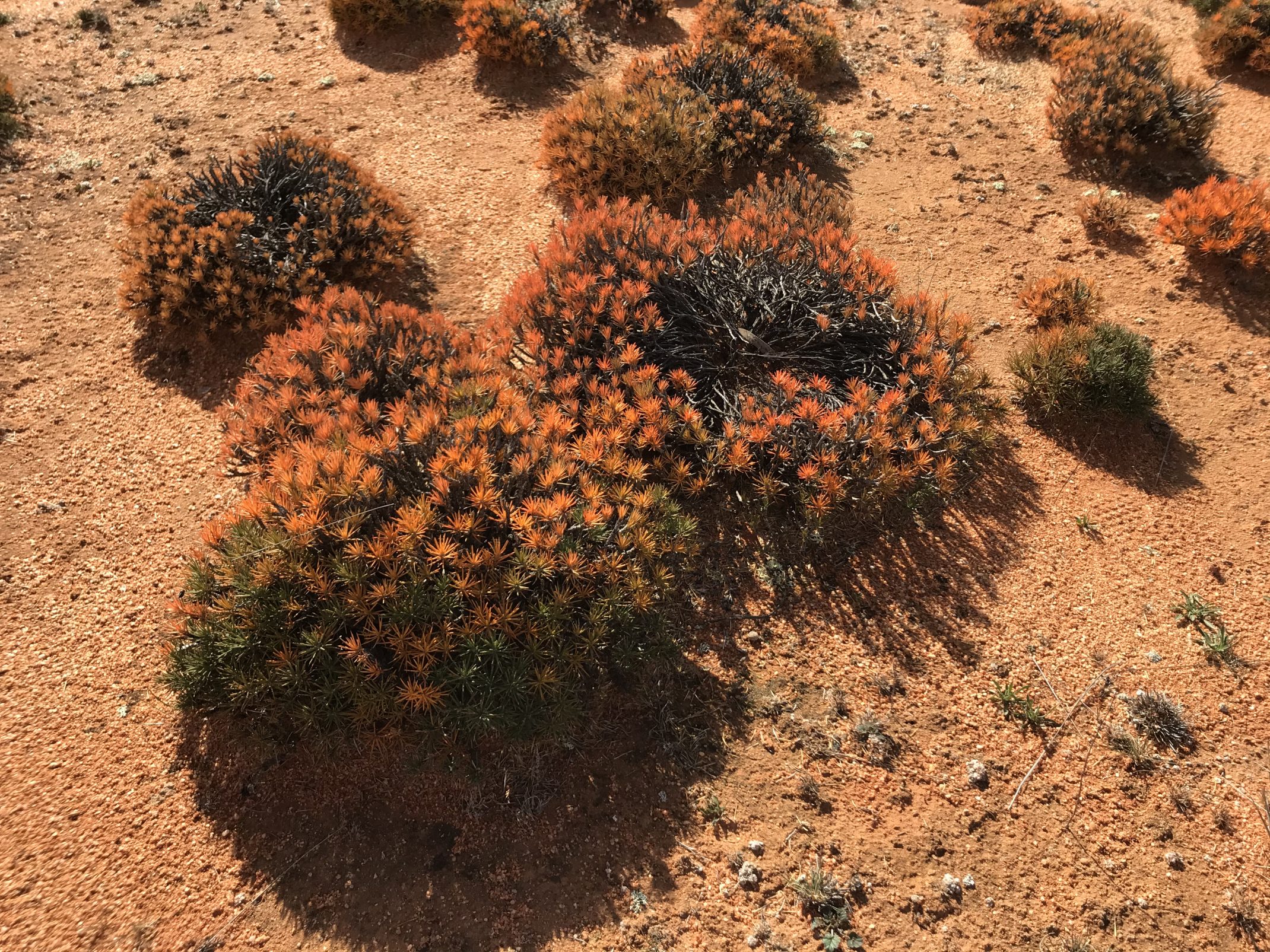 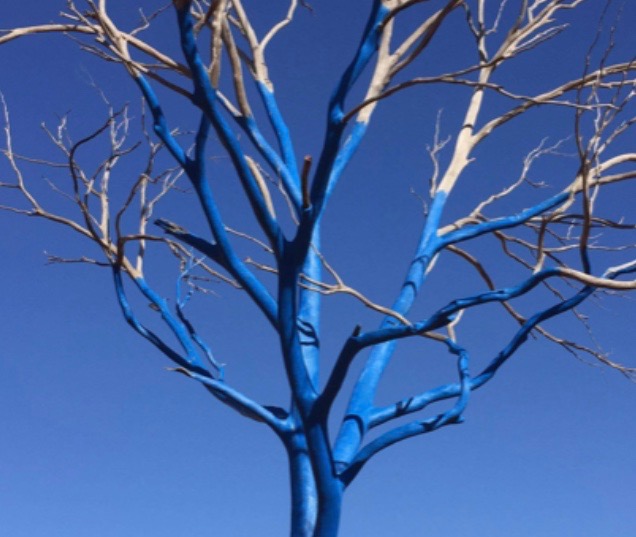 ‘The Blue Tree Project’ also began in Mukinbudin. Locals have turned a tale of tragedy into a powerful message of hope, by painting dead trees blue and giving them a ‘blue’ lease of life to raise awareness about mental health.

In 2014, Jayden Whyte painted a dead tree blue in the middle of his family’s farm at Mukinbudin as a joke. Sadly, in 2018, Jayden took his own life. After his funeral, his friends painted another tree blue to honour his life.

The story went viral on social media initiating a movement, with people in WA, Queensland, NSW and the UK painting trees blue in the name of mental health and suicide prevention.

Keep a look out for blue trees; there are two blue trees outside the Esplanade Hotel in Fremantle. I’ve seen one off Armadale Road and another at Wembley Golf Course.

The playwright Dorothy Hewett once wrote a play called The Man from Mukinupin, a thinly veiled reference to Muka. Her play is probably the town’s greatest claim to fame in the literary world.

Today, Mukinbudin is a sleepy rural town with wide streets and a population of 568. Muka is undoubtedly a place for those who have an interest in the outdoors, nature and history. This time of year, the countryside is a riot of colour, with wildflowers and fields of yellow canola.

It’s well worth the side trip if you’re anywhere near in the Wheatbelt.