On 9 December 2021, Rottnest Island/Wadjemup unveiled a spectacular new sculpture to welcome visitors to the island.

You can’t miss it; the nine-metre-high sculpture of a Noongar warrior and a breaching whale is at the end of the main ferry jetty. 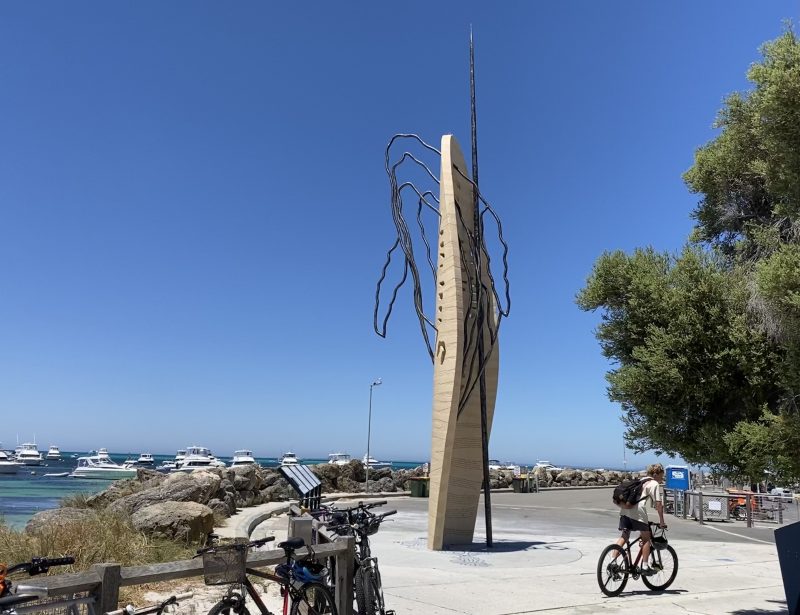 Two western Australian artists, Sharyn Egan and Jahne Rees have worked on the installation since April with significant input from the Whadjuk Noongar community. Sharyn Egan is a Whadjuk Noongar sculptor who has ties to the island and an ancestor who died there.

The Rottnest Island Authority’s website explains hat the sculpture Standing at a height of 9m, … comprises two main elements: a traditional shield made of limestone concrete, entwined with the figure of a breaching whale made of thick contoured aluminium pipe..

The whale, which can be seen when the sculpture is viewed from the side, carries the human spirit travelling from the physical world to the spiritual realm.

When viewed from the front, the shield bears the image of a proud Noongar warrior standing tall with his spear. From this vantage point, the aluminium pipe used to depict the whale looks like prison bars, referencing Rottnest’s century-long history as a prison for Aboriginal people.

Sandblasted text on the shield gives visitors insight into the artworks meaning. A birds-eye view of the sculpture shows a map of Wadjemup, including the salt lakes and the ‘Emu in the Sky’ – a constellation known to Aboriginal astronomers all over Australia. 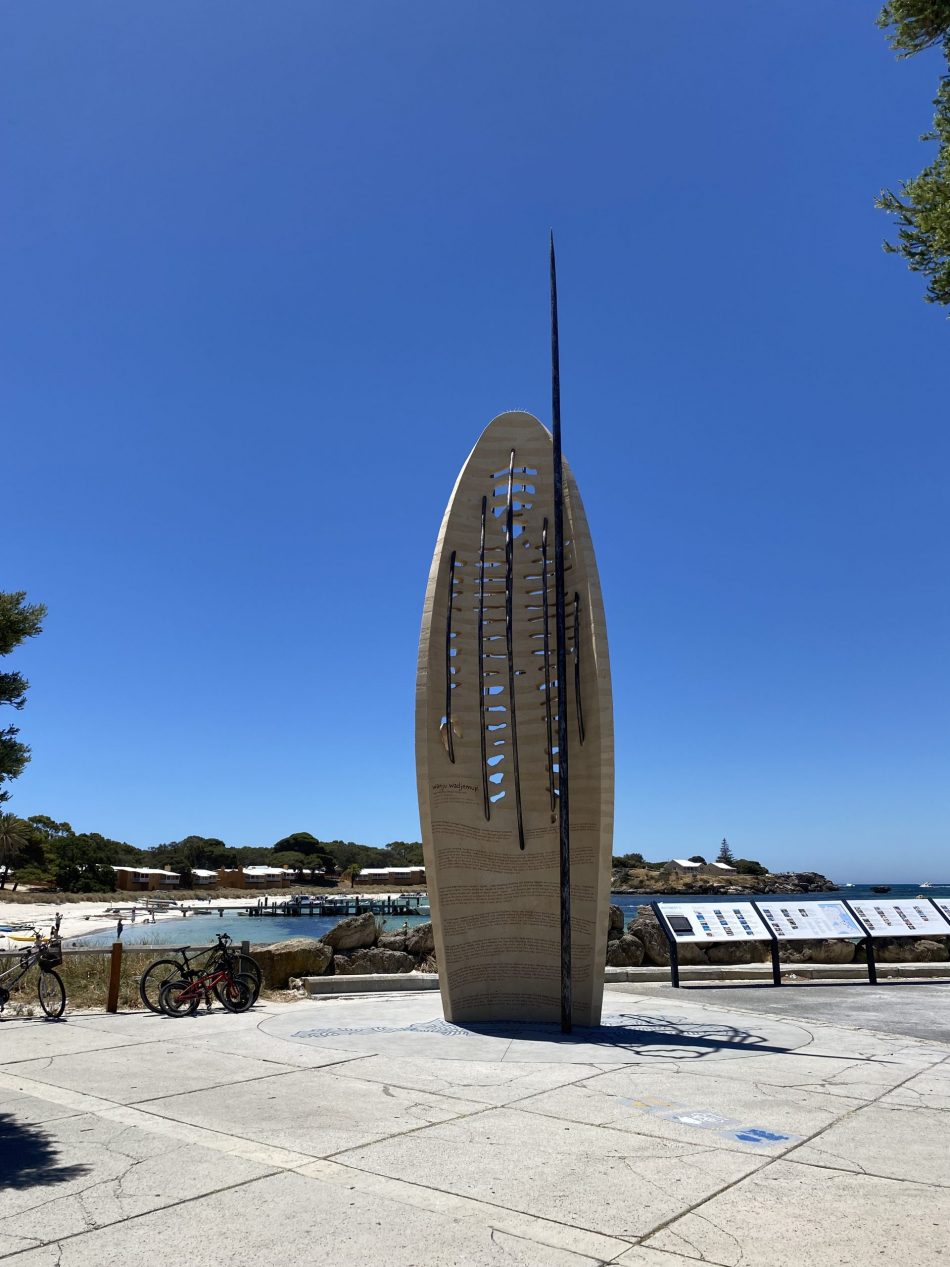 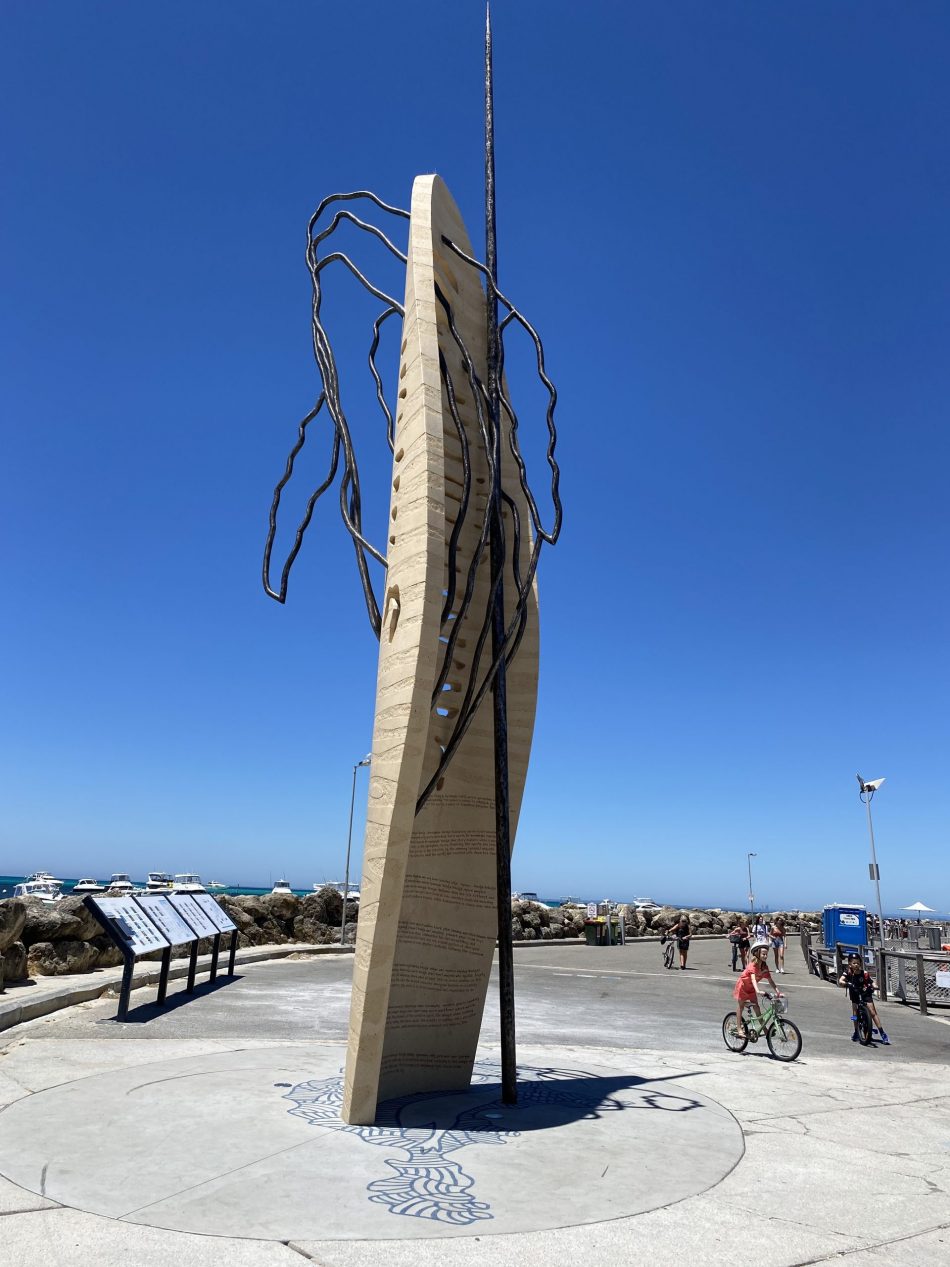 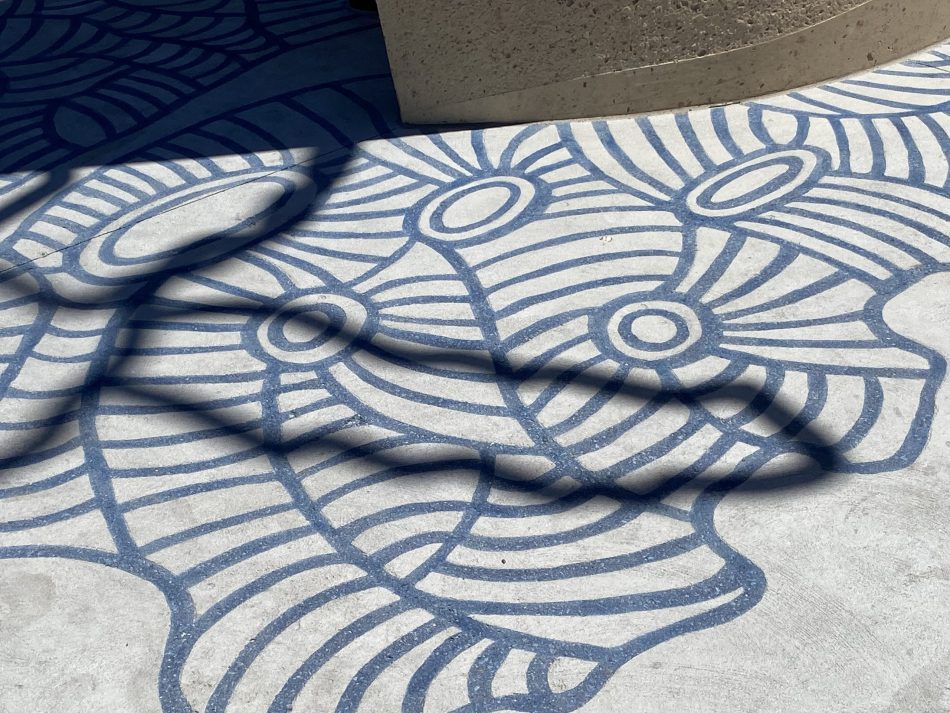 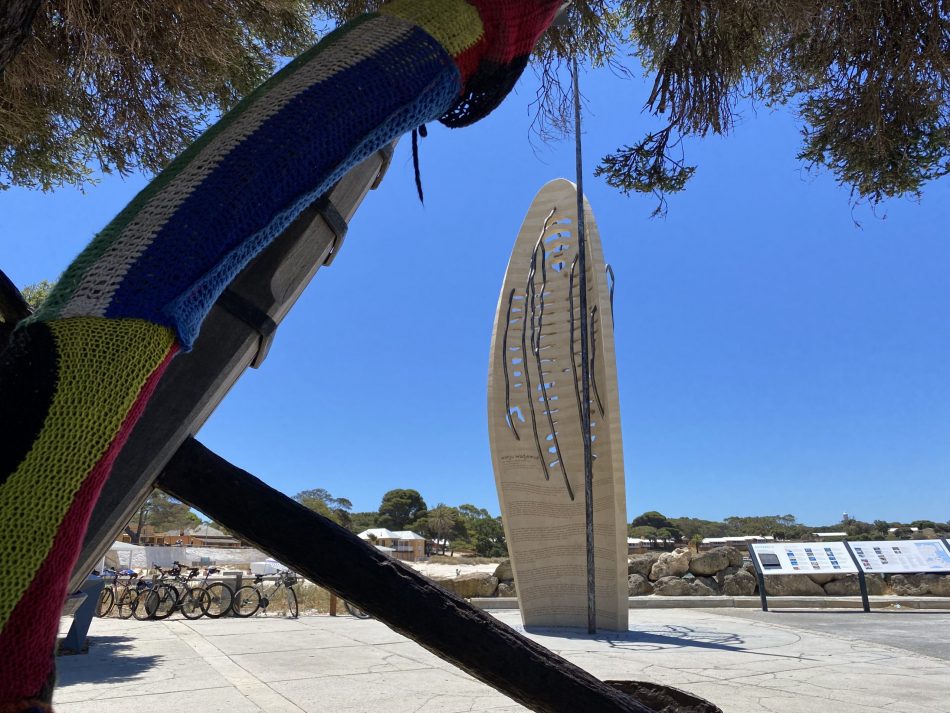 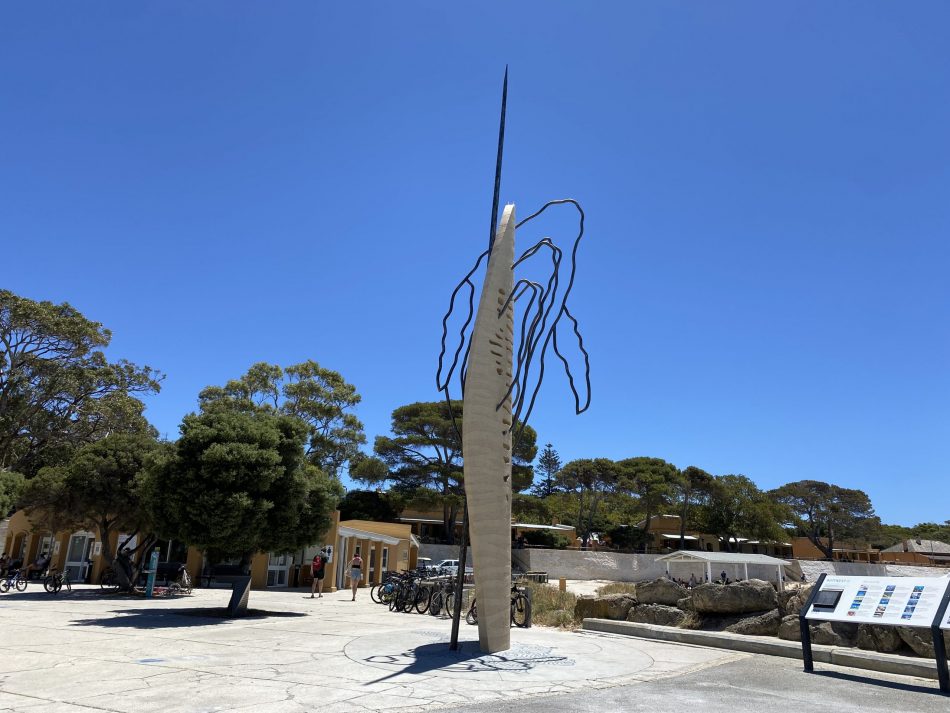 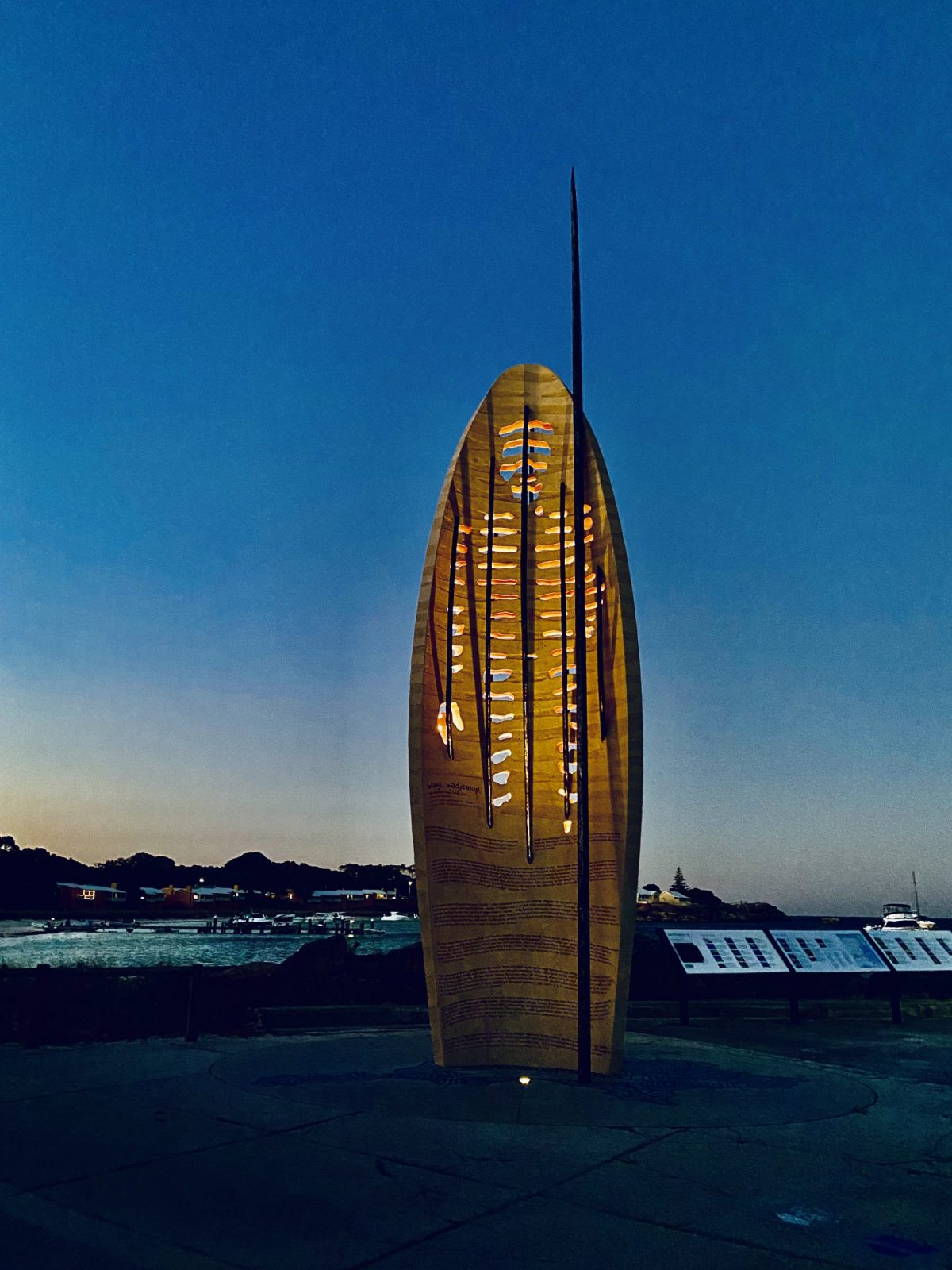 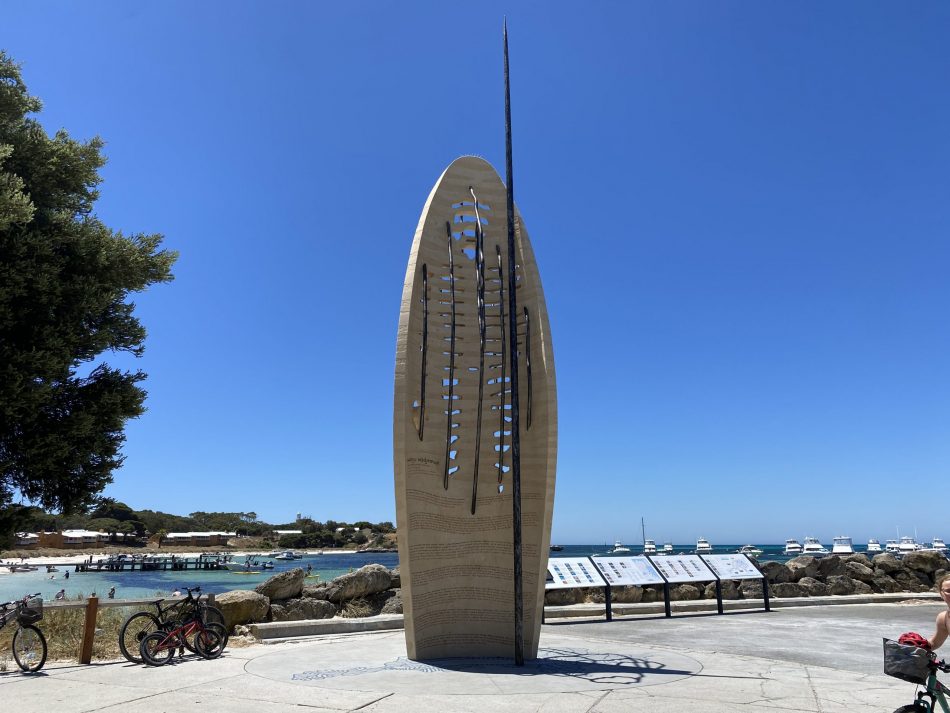 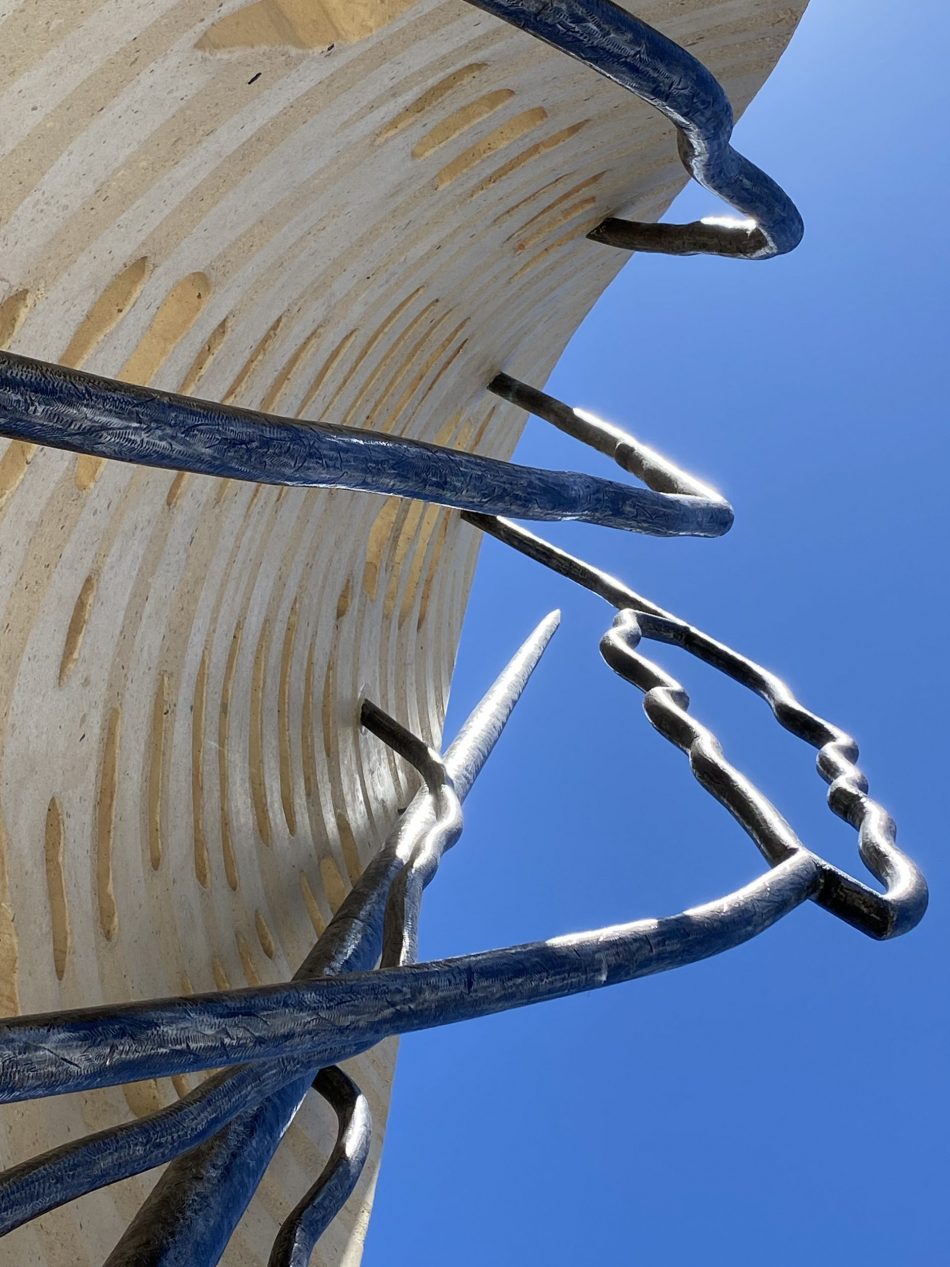 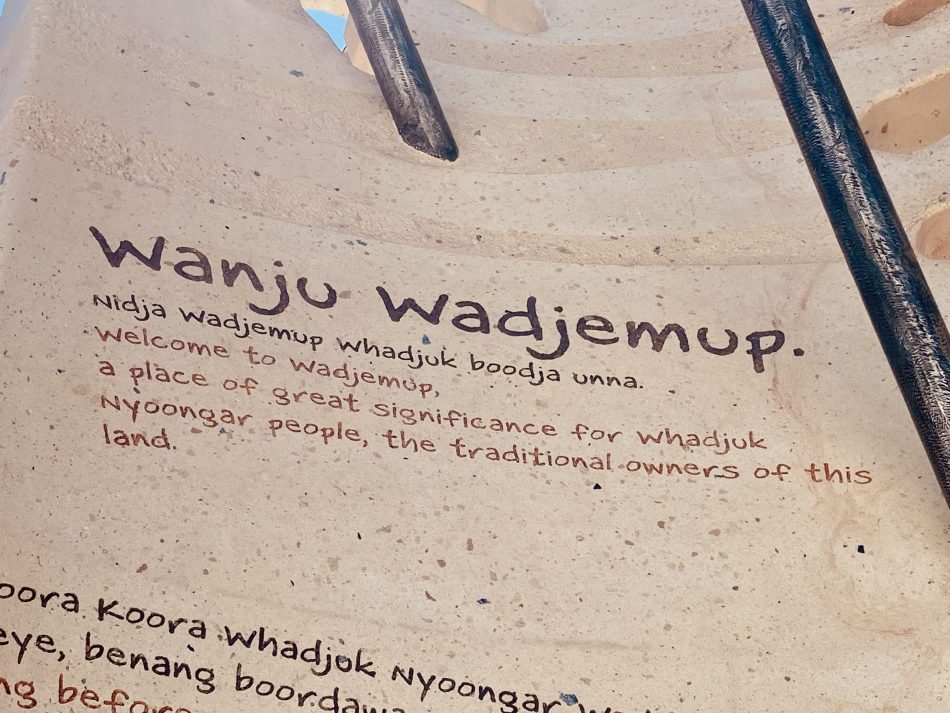 The Noongar name for Rottnest, Wadjemup, means ‘place across the water where the spirits are’. Wadjemup was connected to the mainland and became separated 6,500 years ago when global sea levels rose after the last Ice Age.

Before it became separated, Noongar people could walk to Wadjemup. It was an important meeting place and ceremonial site. Artefacts found at a number of sites are proof of Whadjuk occupation prior to sea level rise. There are currently 17 registered Aboriginal heritage sites on the island.

The Noongar people have an ancient and ongoing spiritual connection to Wadjemup related to ‘life after death’. The island is considered to be a place of transition between the physical and spiritual world.

When the spirit is ready to leave the physical world, it travels to the west end of the island, where a whale takes it to its resting place known as Kooranup, located on the horizon, in the deep ocean west of the island.

The sculpture embraces this heritage, while recognizing the brutal history and incarceration of Aboriginal men and boys on Wadjemup.

From 1839 – 1904, around 4,000 Aboriginal men and boys from all over Western Australia were incarcerated on the island. Aboriginal prisoners were forced to construct a large number of buildings – the Quod, Seawall, heritage cottages, the museum, church and lighthouses.

During the prison years, it is believed that at least 373 Aboriginal prisoners died in custody and are buried in unmarked graves. The Wadjemup Aboriginal Burial Ground is located within the Thomson Bay Settlement, beside the Quod.

Take time to view the sculpture from different angles, read the inscriptions on the back of the shield and enjoy the detailed mosaics at the base. It looks magnificent when lit up at night.

The $350,000 artwork is part of a joint investment by the State and Commonwealth Governments.

Koora-Yeye-Boordawan-Kalyakoori certainly creates a striking first impression when you arrive at Wadjemup. The artwork pays overdue recognition to the Noongar people at Wadjemup and spreads a hopeful message of reconciliation that we can all share.